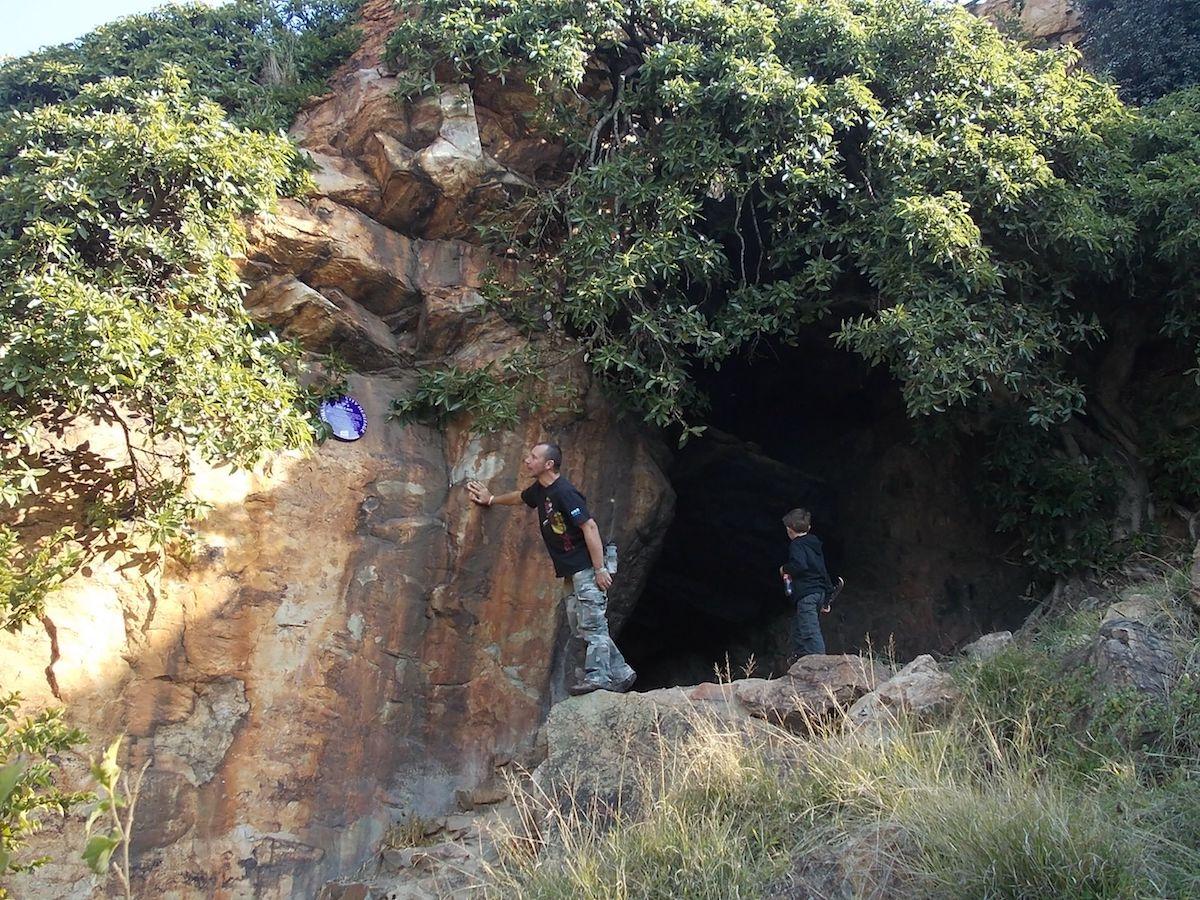 Over the years I have photographed hundreds of plaques in South Africa and beyond. Most are easy to find as they are well documented and placed within easy view. Some, on the other hand, are a bit more tricky. Below is my list of five sneaky blue plaques...

It seems obvious now I know where it is but the first time I went scouting for this plaque it took me over an hour to find. I knew it was in the vicinity of the famous Standard Bank 'Hanging Building' but that was all. Finally I found it hiding away next to the stairs that lead down to the public space next to the building. Now when I take students on tours of the area I set them the challenge of finding all the plaques near the building. Almost everyone dashes up and down the stairs without spotting this plaque. 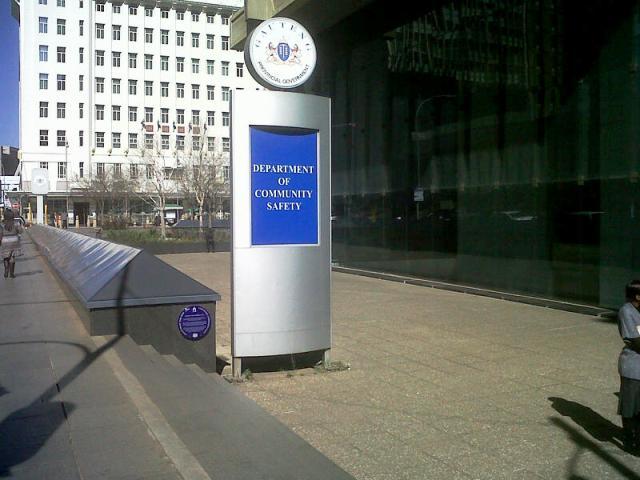 Oh so sneaky! (The Heritage Portal) 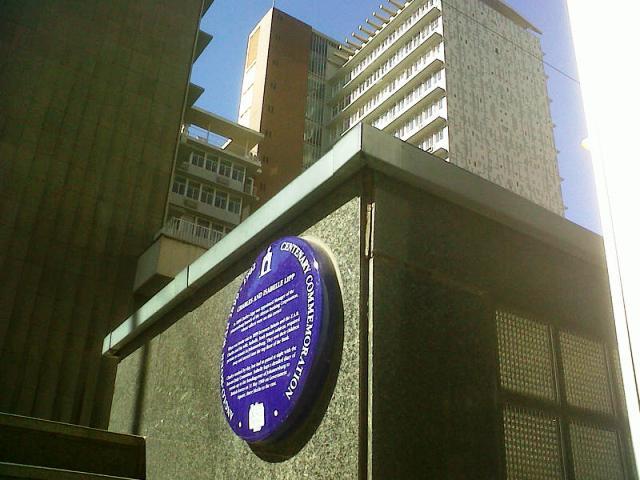 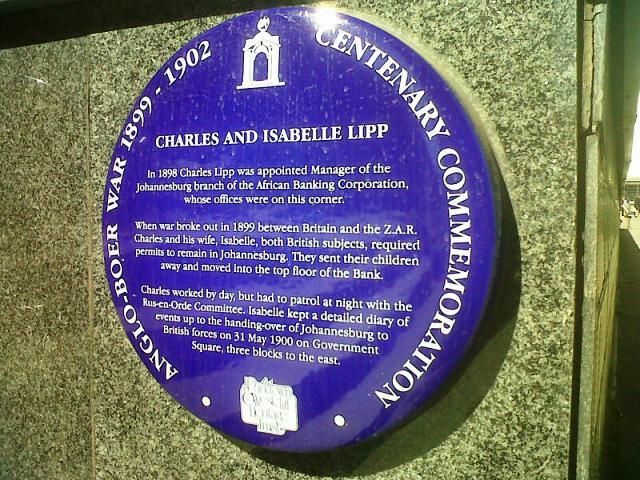 While going through the archives of the Egoli Heritage Foundation I spotted a photo of a plaque unveiling ceremony at the Perskor Building in Doornfontein (today the Qoboza/Klaaste Building at UJ). When I arrived on site I thought the plaque must have been stolen in the intervening years as it was nowhere to be seen. Just as I was about to quit my eye caught a flash of blue and there it was. What a rush for this blue plaque geek! 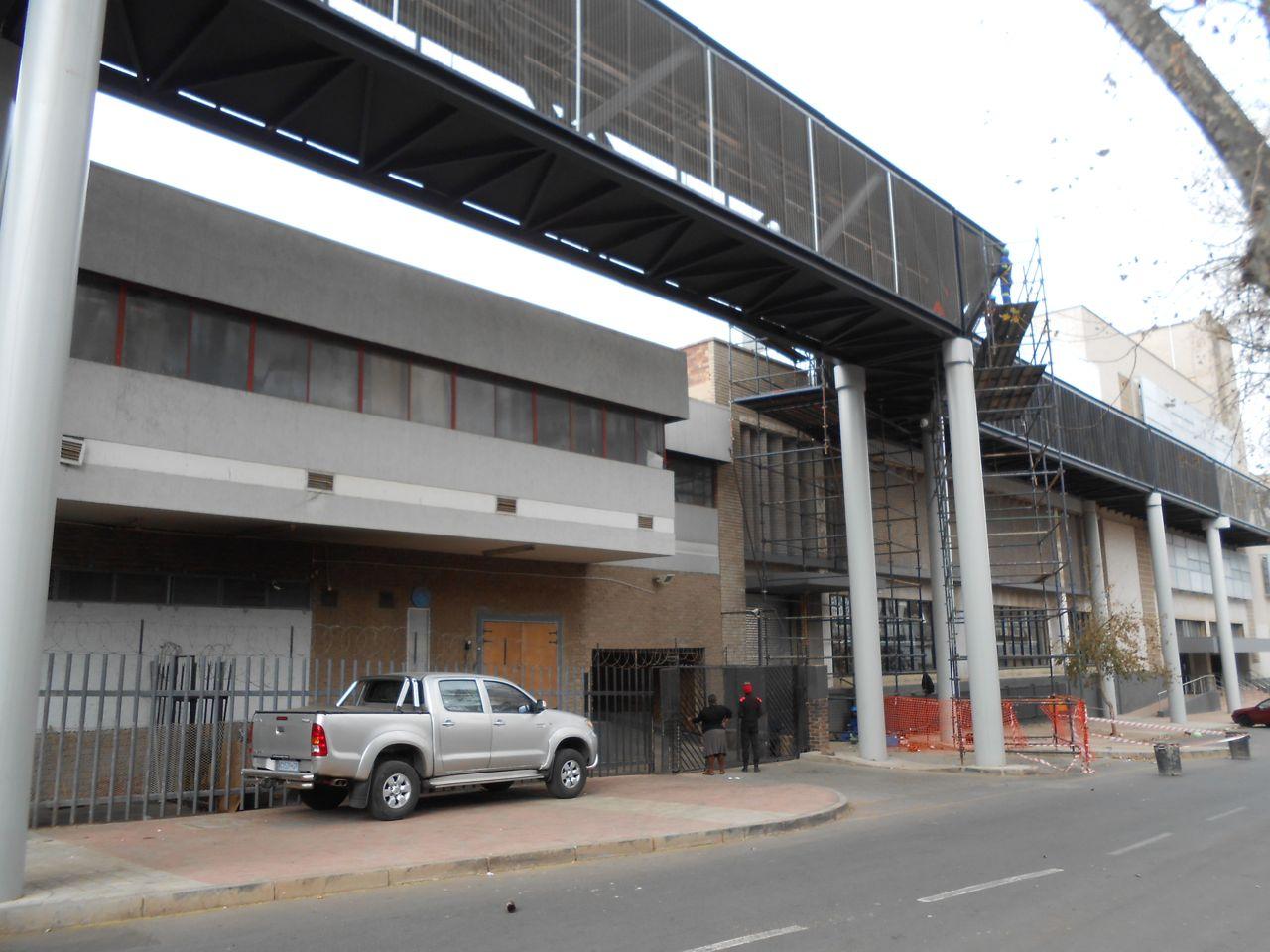 Can you see a plaque? (The Heritage Portal) 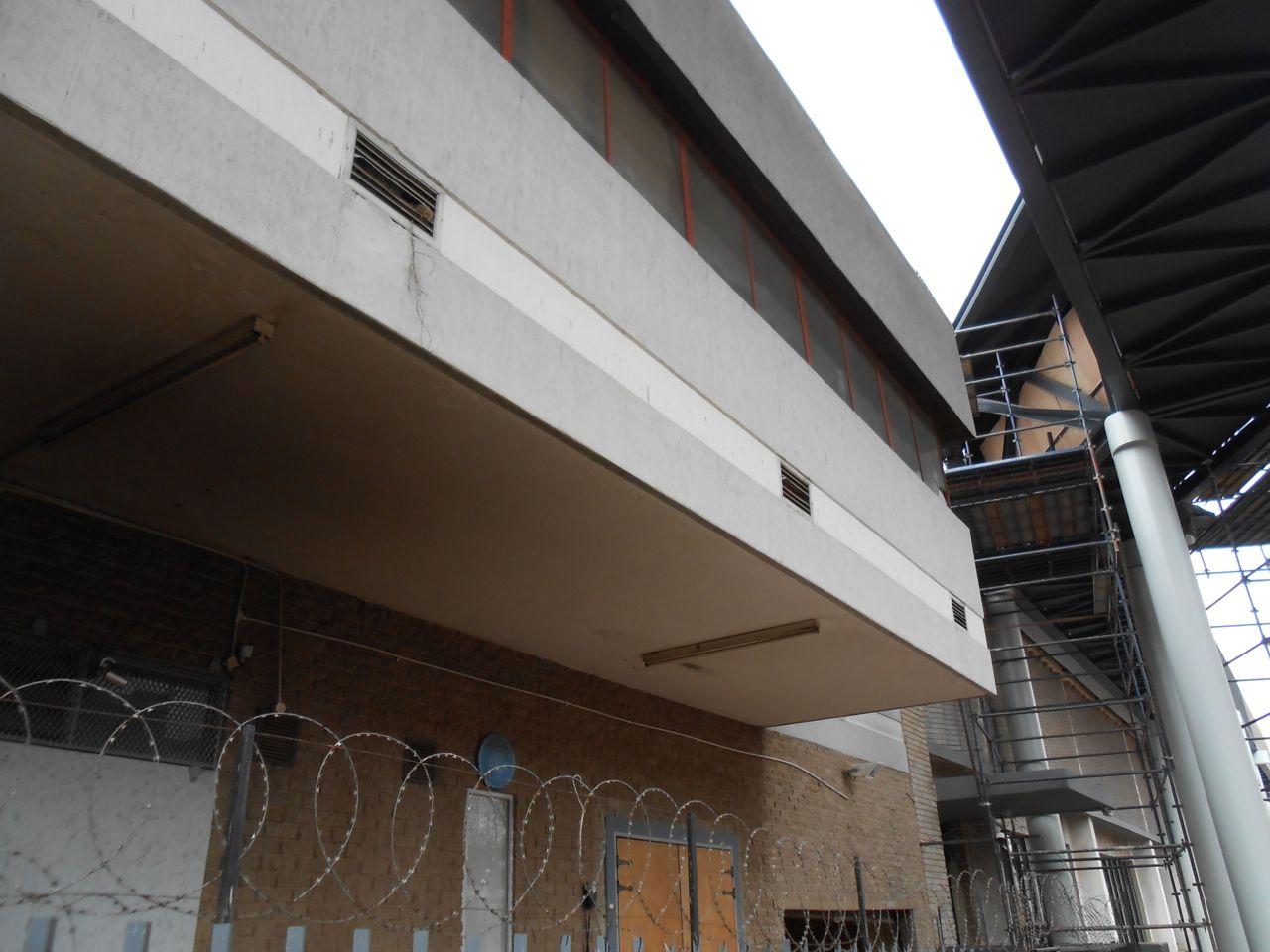 And now? (The Heritage Portal) 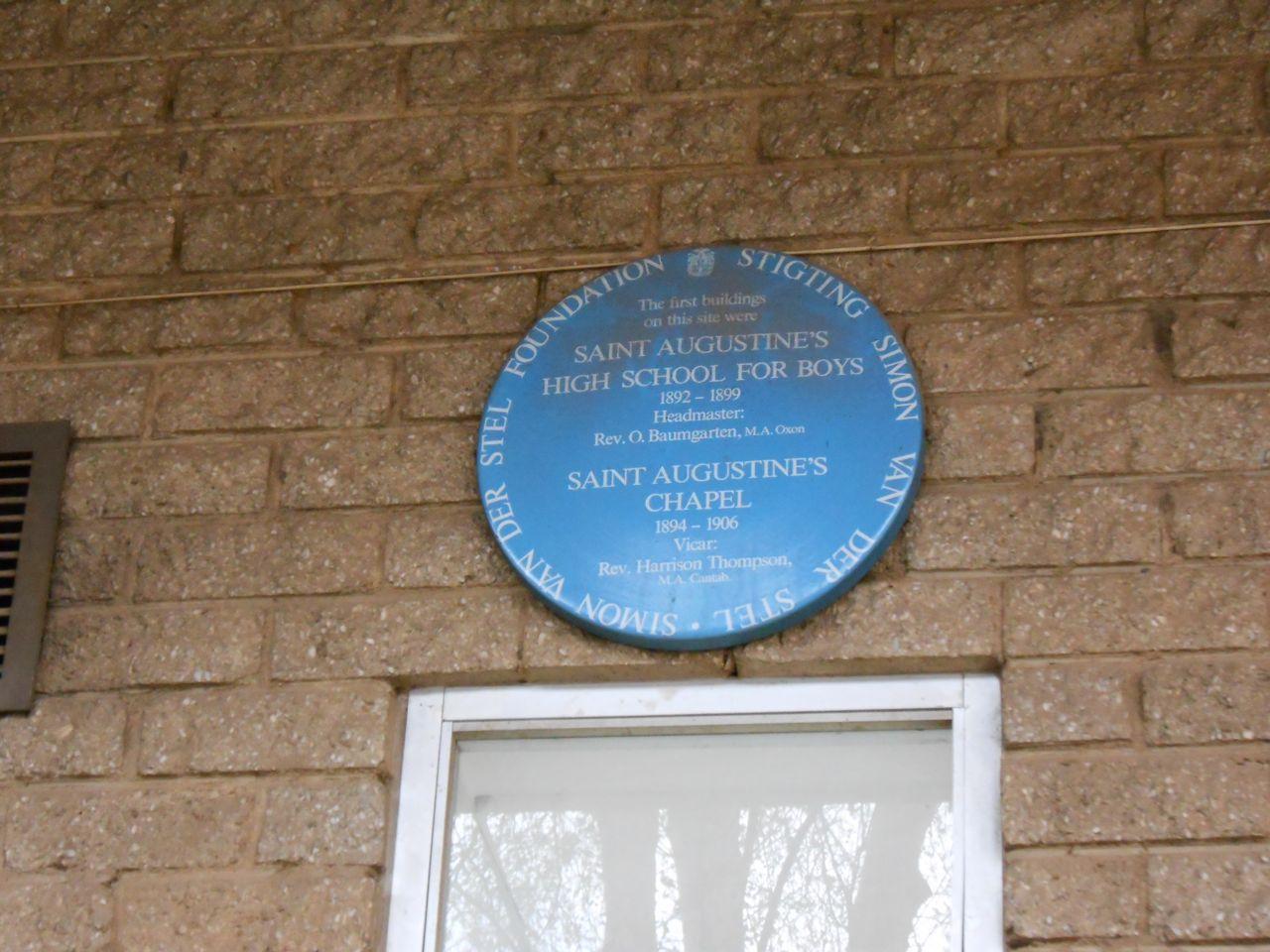 There it is! (The Heritage Portal) 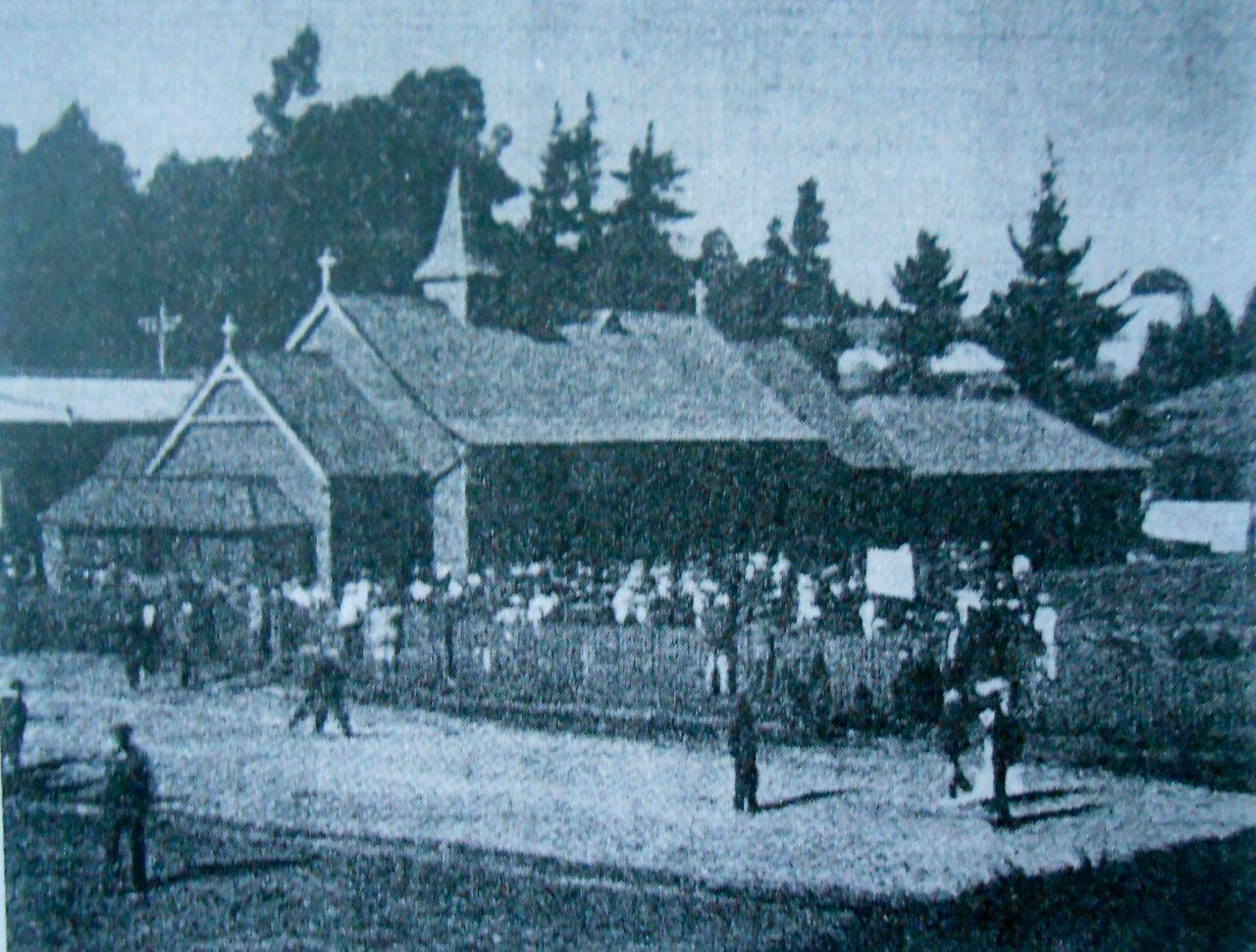 A few years ago I was chatting to Eric Itzkin, the City of Joburg's blue plaque champion, at his office in Newtown and he asked me if I had seen the Pass Office plaque just around the corner. I foolishly asked him if he meant the Albert Street Pass Office on the other side of the city. He chuckled and pointed out that it was just a few minutes walk away. After recovering from the embarassment I went to find this elusive plaque. When I spotted it, I felt incredibly silly as I had walked under it several times without seeing it. Whenever I pop past it now it brings a smile to my face. 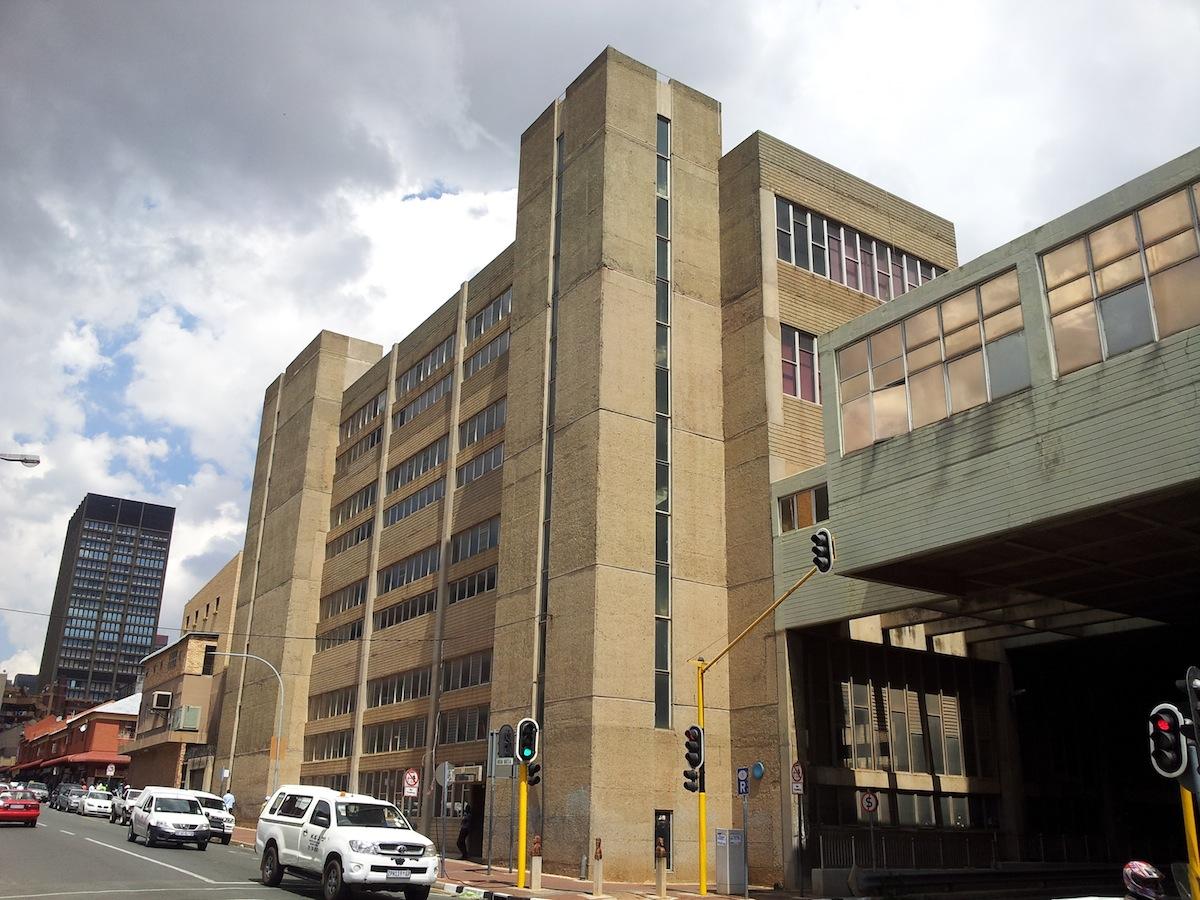 Do you blame me for missing it? (The Heritage Portal) 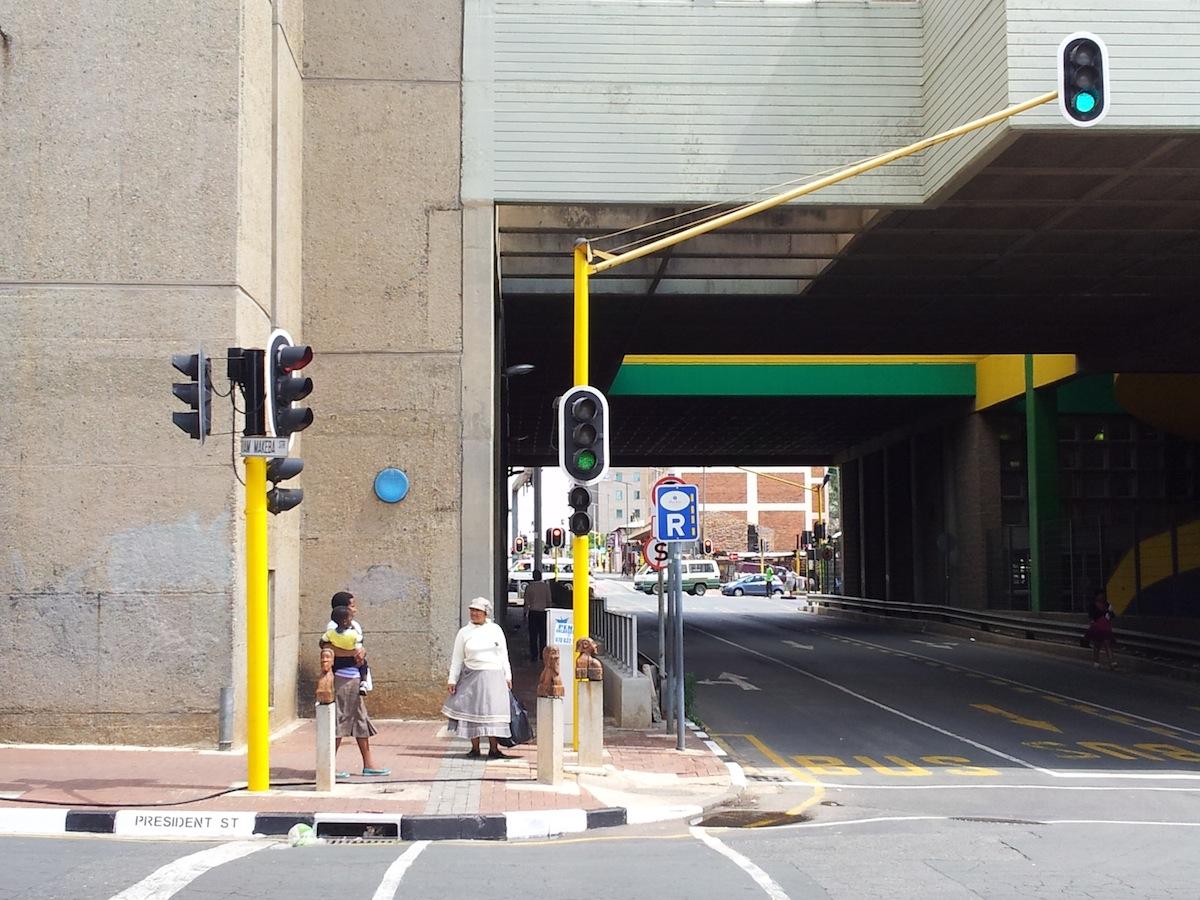 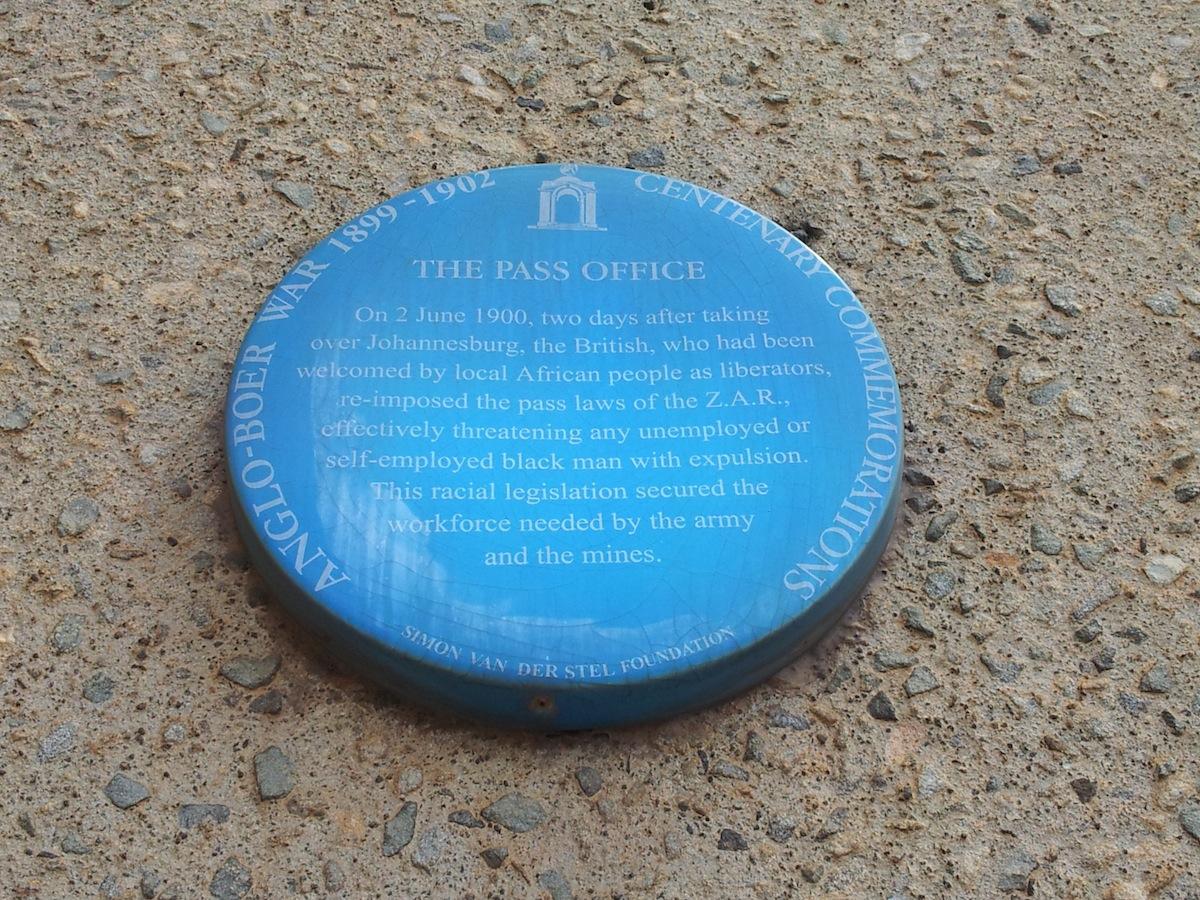 When I embarked on an informal blue plaque survey back in 2011, those in the know said I had to go and see the Melville Cave. They told me the cave was located in the koppies above Main Road and wouldn't be that difficult to find. Easy for some but not for me. I couldn't see the cave from the road so I just marched into the koppies with unwavering faith. After a few hours it dawned on me that I was on the wrong side of the road! Once I crossed, the cave was indeed easy to spot. I guess labelling this plaque as sneaky is more for my own benefit so I don't feel so foolish about my lengthy detour.

I don't have a close up shot of the inscription so here it is:

The cave is a fissure formed between 2,9 billion-year-old quartzite rocks of what is now the Melville Koppies Ridge. For hundreds of years the cave provided a shelter for people living around and moving across the area. The site was excavated in 1971. An analysis of the archaeological remains found in the cave suggests that, as early as 1500 A.D., farming communities made use of the resources the area had to offer. When supplies dwindled they supplemented their diet with wild plants and hunted wild animals 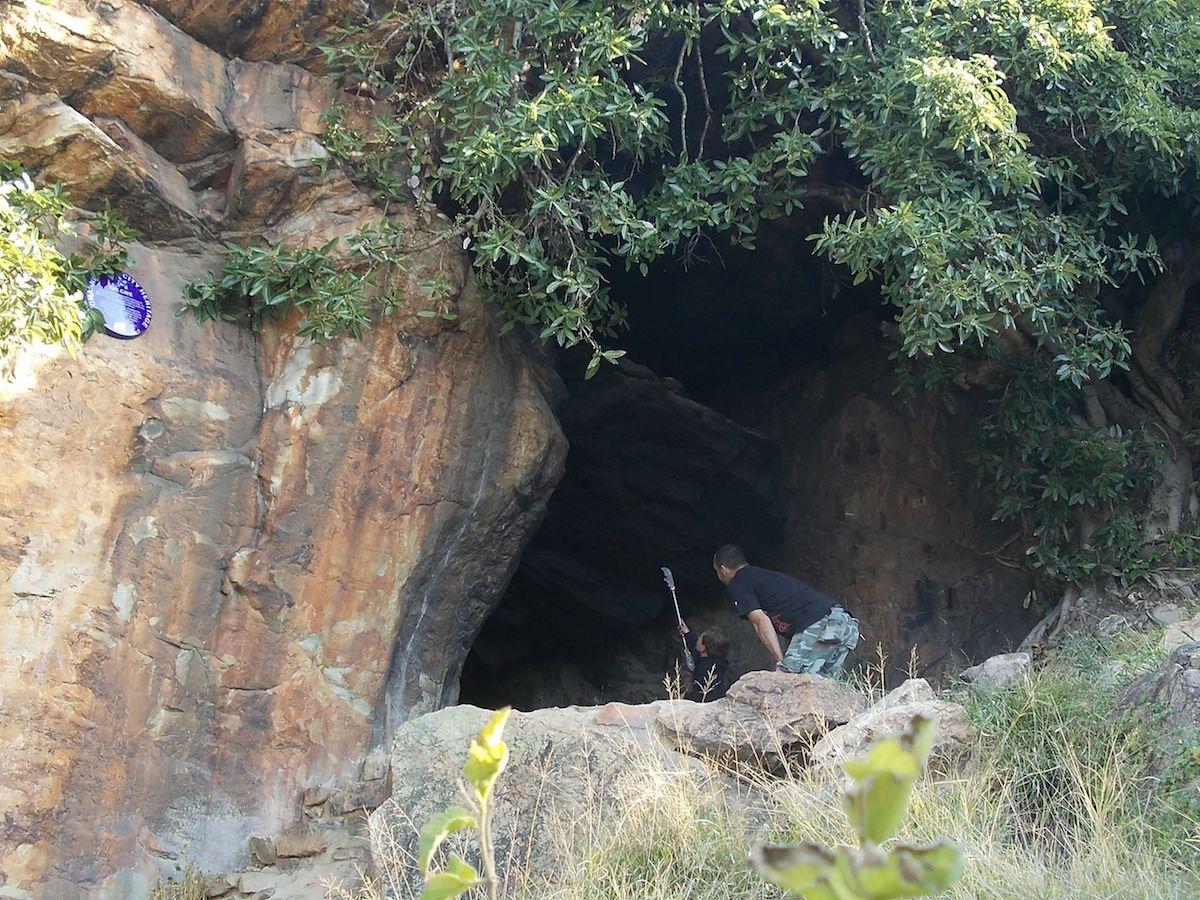 Father and son inspect the cave (The Heritage Portal) 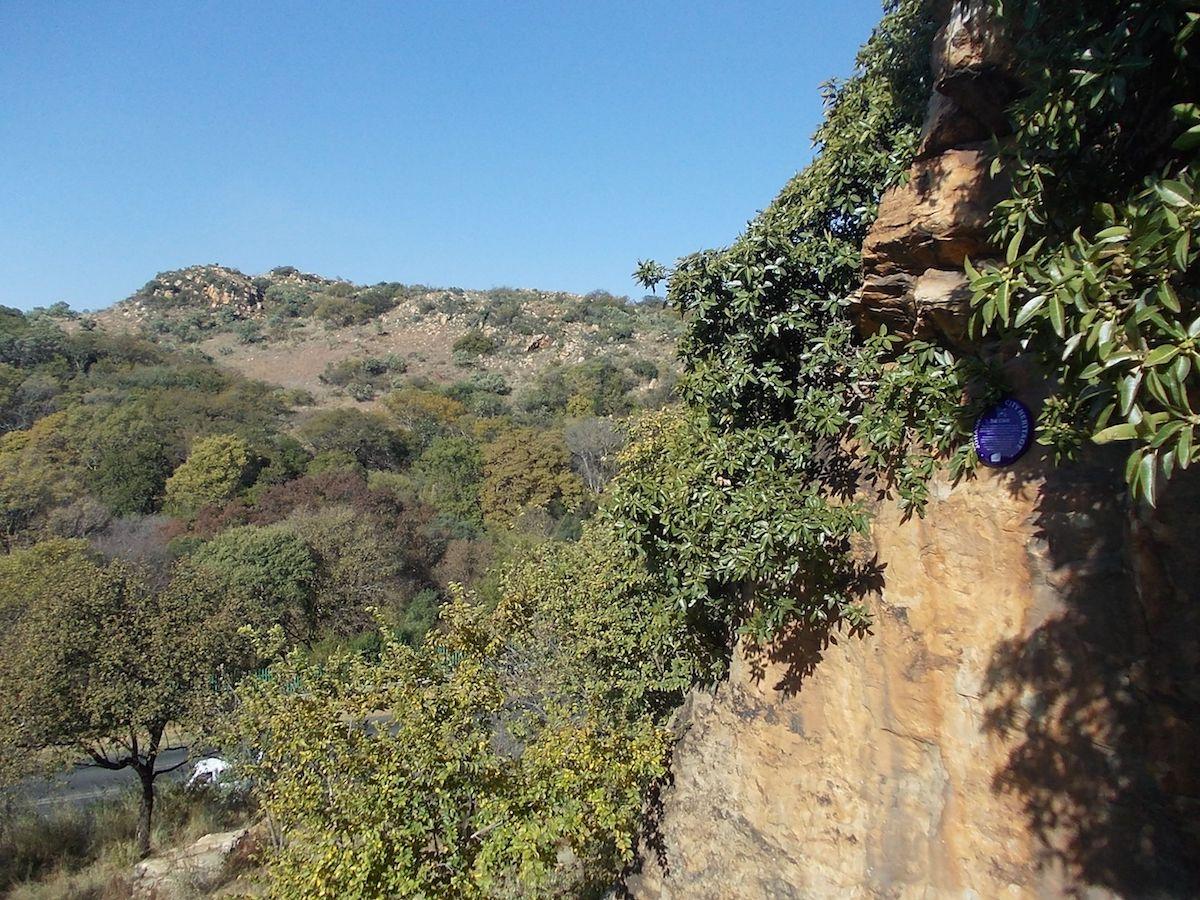 This plaque is located on Long Street in Cape Town. It is safe to say that I had walked straight past it over a dozen times during visits to the Mother City over the years. It is tucked behind a wall and installed up high making it a difficult one to spot. I think the fact that a plaque commemorating a great photographer has a CCTV camera watching over it makes it especially sneaky! 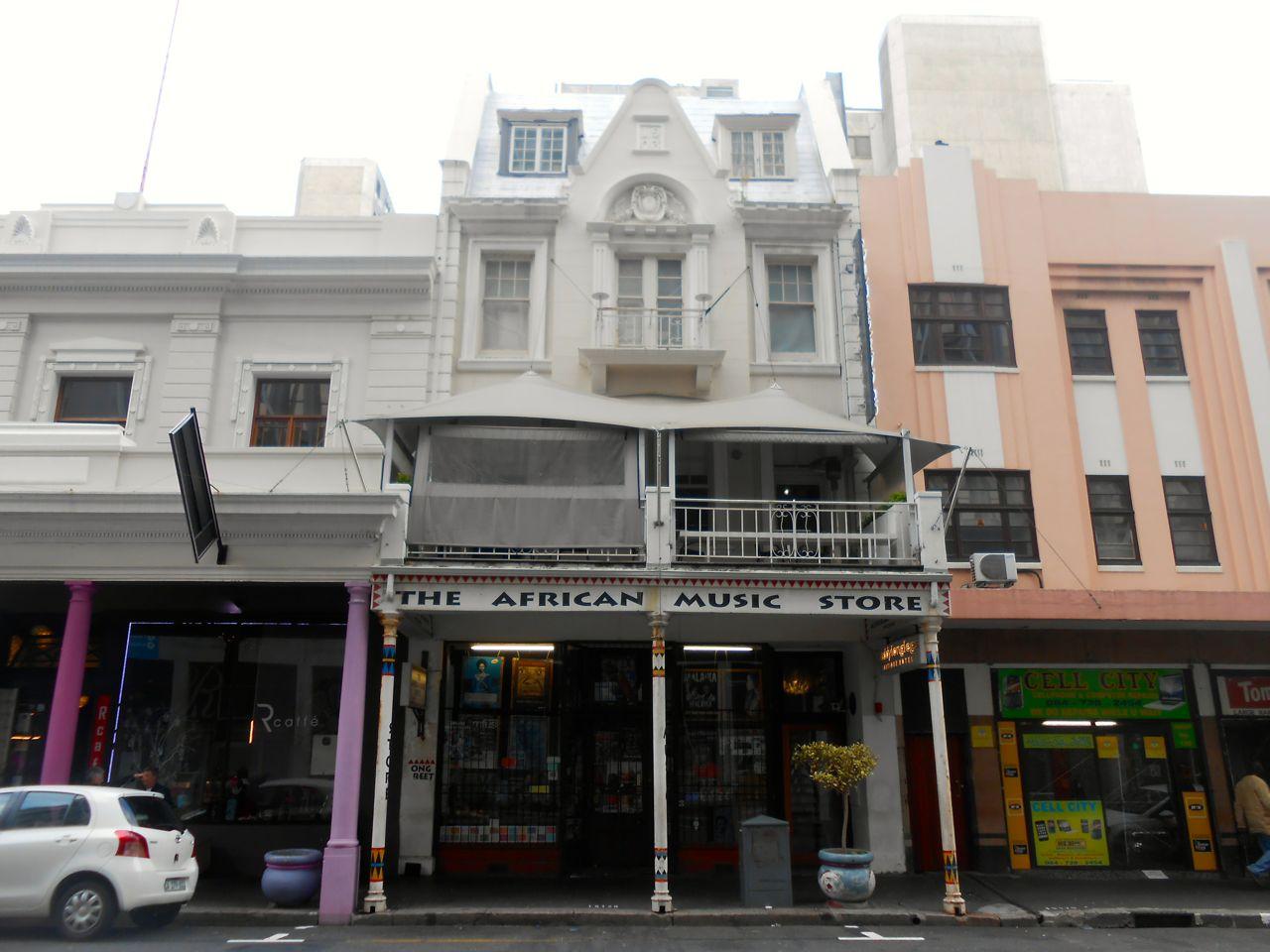 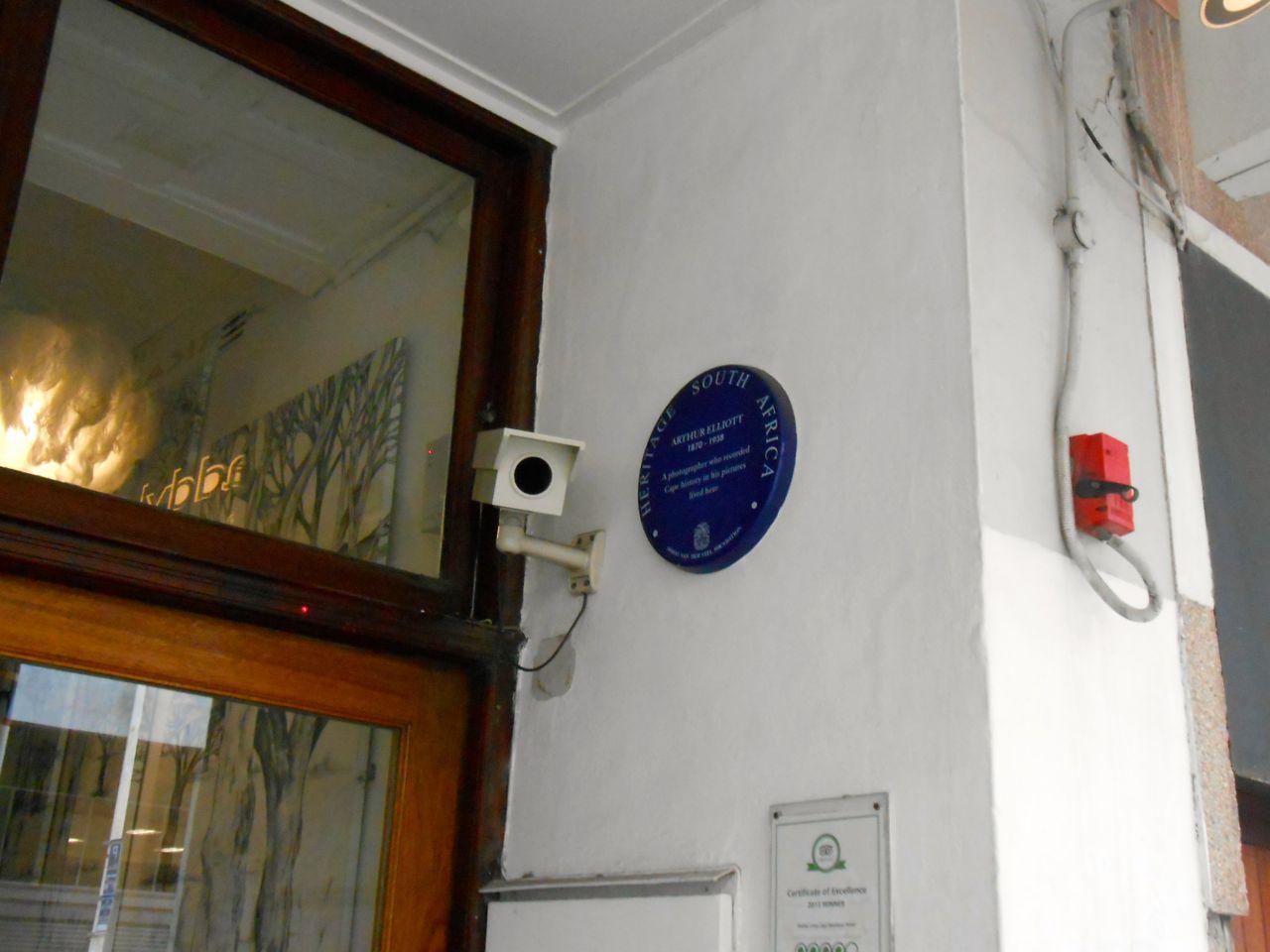 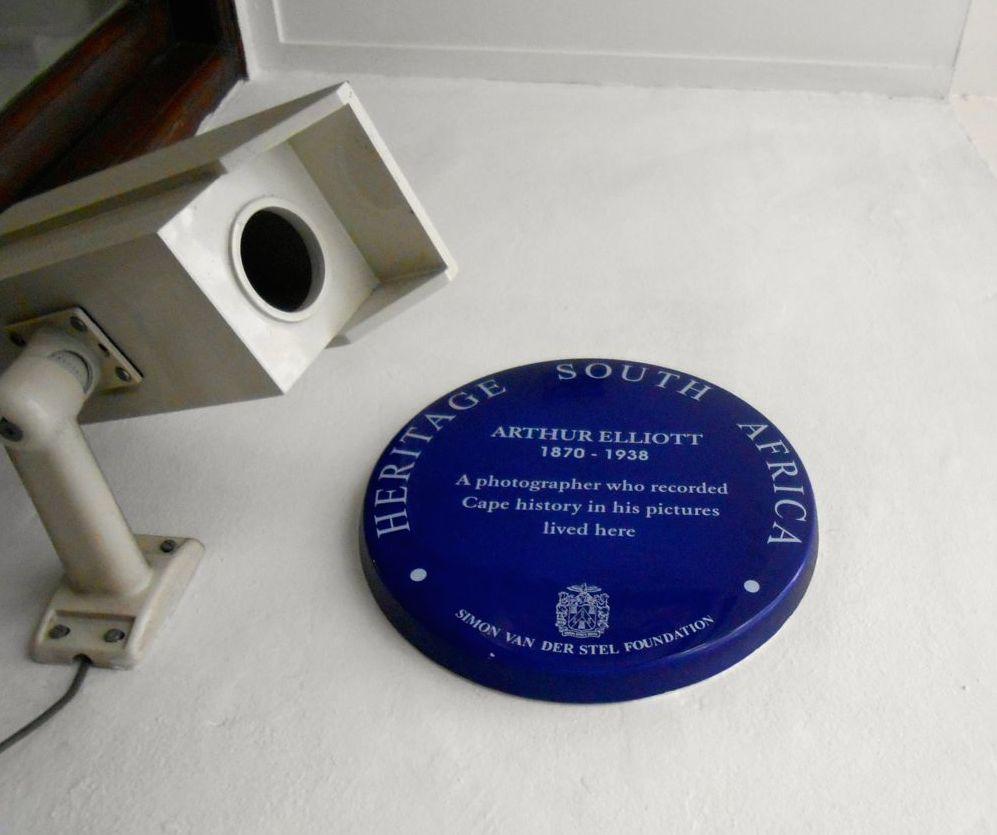 So that's my short list of 'sneaky plaques'. Let me know yours if you have any in the comments section below.