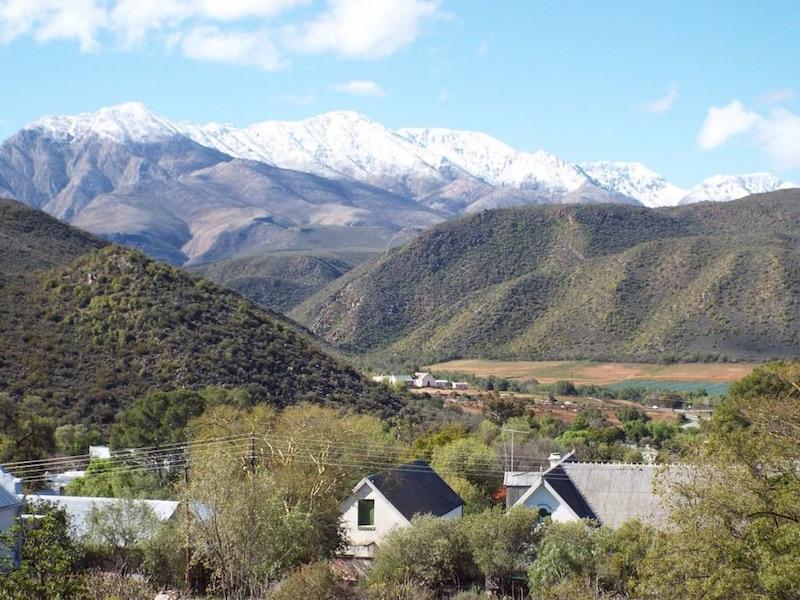 In raising this issue I wish to point out that many attempts by both De Rust Heritage and the Joint Heritage Permit Committee in Oudtshoorn comprising Heritage Oudtshoorn Erfenis and the De Rust Heritage Conservation Association have largely proved unsuccessful in getting the Greater Oudtshoorn Municipality to prosecute guilty parties over a number of years.

There are many dedicated staff employed by the Oudtshoorn Municipality and since the DA came to into power following the ANC’s earlier spell in office which bankrupted the Municipality, many of these employees have come to the fore. However, in many cases where municipal by-laws have been fragrantly disregarded, senior municipal officials seem either unable or unwilling to use the available legal means to ensure compliance through the use of the courts. This particularly applies to the Department of Town Planning and Building Control.

In many cases this has resulted in an increasing level of infringements and a significant lessening of the authority of the municipality. It also results in the general devaluation of the properties in a particular area as well as lowering the rates base and consequently revenue for the municipal council. In addition, it is suggested that by applying the by-laws correctly that extra revenue would be generated towards the overall municipal budget to improve service delivery levels.

The required proposed course of action is not complex and relies solely on the strict application of the “rule of law” being applied in each of the following areas:

Currently the majority of even the best run municipalities are under-resourced and underfunded. We believe it is critical to encourage the inputs from community groups – particularly those residents with backgrounds in management and technology among others. However, in many cases local officials see this as an infringement of their authority even though volunteers often have unique skills currently not available at municipal level.

In order for municipalities to succeed in the future it is absolutely essential to utilize the available community assets in order to achieve a prosperous future for all. Neglecting these available skills often results in those with these scarce skills relocating to better resourced areas where their inputs are valued and a downgrading of the available a skills base at the local level.

It will be seen from the above that a more stringent and focused application of the existing by-laws and National Heritage Regulations would result in increased control by municipalities such as Greater Oudtshoorn as well as providing an additional revenue flow to the Council.

South Africa is currently facing a major crisis relating to lack of accountability at all levels. This is the time to begin to reassert control using some of the simple and easy to implement solutions mentioned above. This is not considered an exhaustive list but is a starting point in ensuring “good governance” in the Greater Oudtshoorn Municipality as well as other municipal councils around the country. The TIME IS NOW to take back the control of our future from those who are either under-resourced, incapable or corrupt.

Based on the above it may well be time to begin to take legal action against non-compliance by Municipal Council’s in order to achieve the required levels of service delivery. Where there is clear evidence of lack of action by municipalities, using the legal approach used by other bodies at the National and Provincial Government level may be required in order to facilitate change.

In concluding it is important to note that many voluntary organizations are finding their voice across the country in a variety of communities ranging from the well resourced to those who suffer from extensive neglect. It is up to the members of the communities involved to ensure that their elected representatives deliver on their undertakings or are replaced by those more competent and willing to challenge the status-quo. The future lies in all our hands.

We look forward to a response from the Greater Oudtshoorn Municipality in terms of the above points made. See www.derustheritage.org.za for further information under RED NOTICES as well as the Heritage Western Cape section on the website.