Battles in the Magaliesberg 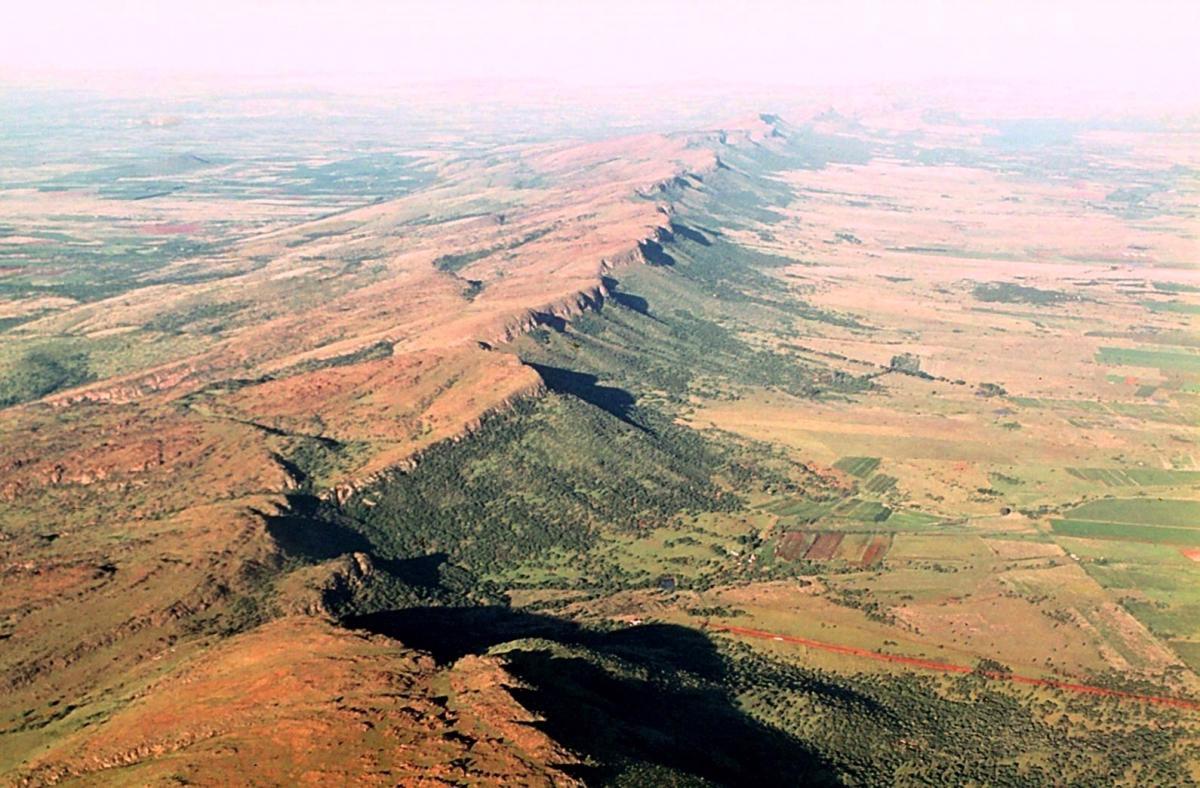 In the article below, journalist Lucille Davie traces the fascinating history of various South African War battles in the Magaliesberg. The piece was originally published on the City of Joburg's website on 10 December 2009. Click here to view more of Davie's work.

Boer strategy in the Battle of Nooitgedacht left the British hopelessly outmanoeuvred, in one of many battles fought for control of the Magaliesberg in the Anglo-Boer or South Africa War of 1899-1902. 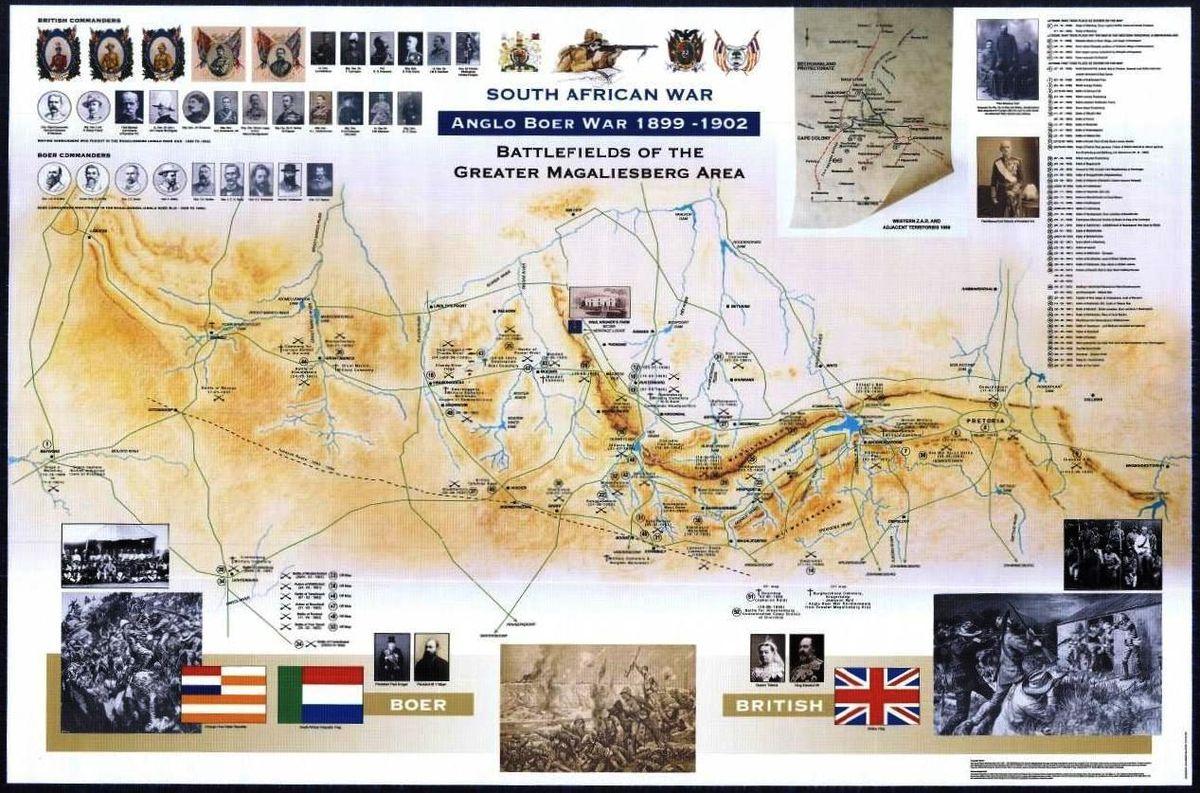 These battles provided the Boers with excellent training in the guerrilla tactics that helped them win many battles against a better-armed and larger force.

The Battle of Nooitgedacht (meaning “never thought of”) can be traced through the remains of small fortifications on the top of the Berg, overlooking the original farm of the same name. Various graves in the area and the nearby town of Krugersdorp also tell the tale of the battle.

But let’s take a few steps back, to set the scene for the battle.

The Magaliesberg is an ancient mountain range running for 120km, starting east of Pretoria and running just west of Rustenburg. It is one of the oldest mountains on earth, dating back 2 billion years.

By June 1900 the British had occupied Pretoria, having previously occupied Johannesburg in May of that year. 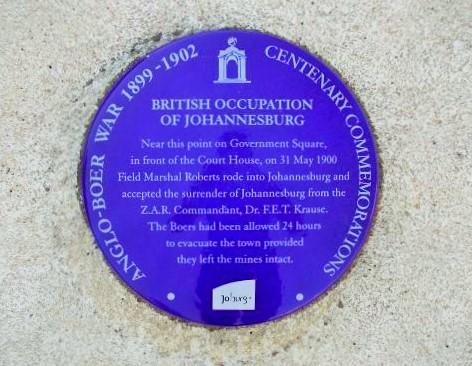 Blue plaque commemorating the surrender of Johannesburg (The Heritage Portal)

The Boers did not stick around Pretoria when they became aware that the British were about the take the town. Some 5 000 assembled under General Louis Botha in the Magaliesberg east of Pretoria, and that’s where the first battle took place.

That first clash took place on 11 June 1900, when the Boers were driven from the eastern Magaliesberg by 14 000 British forces in the Battle of Diamond Hill. The British suffered severe casualties, while the Boers quietly crept away in the night.

Three days later, on 14 June, the British occupied the small town of Rustenburg, north of the mountains. Barely a month later, on 11 July, the Boers had regrouped, and they held off more British troops reaching Rustenburg, from Krugersdorp, in the Battle of Dwarsvlei.

On the same day the Boers severed the Rustenburg/Pretoria road link, isolating Rustenburg, in the first Battle of Silkaatsnek. Next the Battle of Onderstepoort took place, and the British were driven from their most northerly position, just north of Pretoria. This battle took place on 11 July, the day of three battles.

In mid-August the British decided to retreat from Rustenburg, taking with them the forces that had guarded the passes.

An event in Orange Free State

But an event in the neighbouring province of the Orange Free State forced them to move back into the mountains.

While the boers were being subdued, a force of 2 500 men under Commandant-General Christiaan de Wet made an escape over the Vaal River. They successfully eluded some 27 000 British forces.

“Despite this massive force around him De Wet found a drift which Methuen had overlooked, and so commenced the exciting chase which has become famous in military history,” recounts Vincent Carruthers in The Magaliesberg.

De Wet rode northwards towards the Magaliesberg, taking seven days and much effort to reach the mountains ahead of the British. 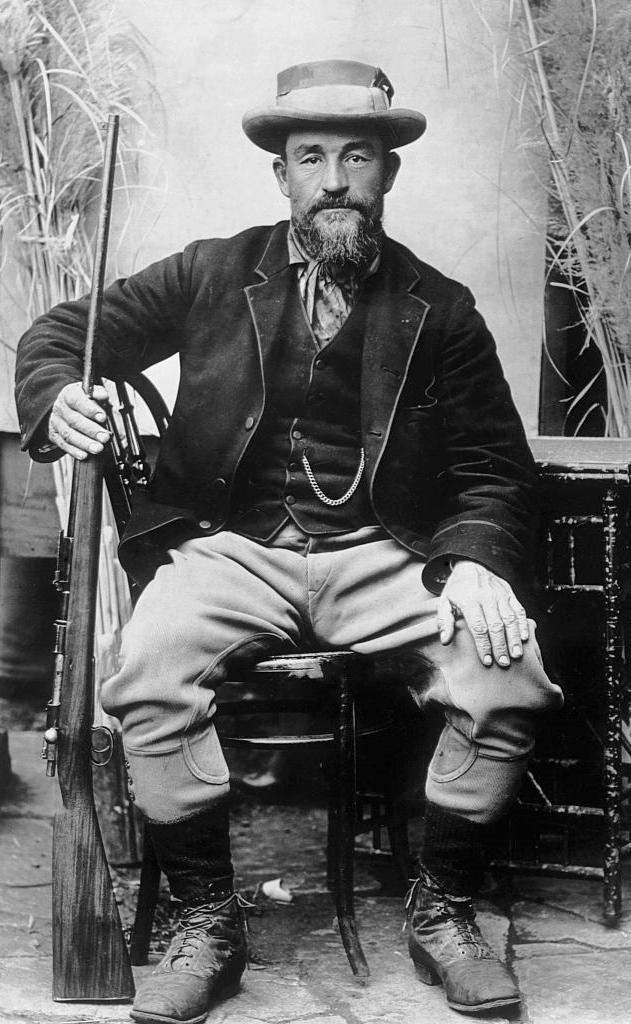 The British withdrawing from the Magaliesberg were then given instructions to return to Olifantsnek, to prevent De Wet and his men from crossing the mountains at this pass.

Carruthers quotes from Field-Marshal Lord Roberts, the commander at the time: “It is of the utmost importance that De Wet should not be allowed to get north of the Magaliesberg, and this I hope you will be able to prevent. If he escapes you, he will assuredly join Botha, while if you can stop him the war will be practically over...“

But De Wet was in luck. Olifantsnek had not been occupied by the British, and despite extreme exhaustion, he and his men, with their wagon and guns, managed to slip over the pass and disappear into the veld.

After this the British under Roberts took occupation of the Magaliesberg, setting up a strong force in Rustenburg, while a large column patrolled the moot, the area between the Magaliesberg and the Witwatersrand ridge, running some seven kilometres south and parallel to the berg. A cavalry brigade under major-general Robert Broadwood patrolled the northern side of the range.

On 3 December the Boers under De la Rey and Assistant Commandant-General and State Attorney Jan Smuts ambushed the British coming to replenish supplies at Rustenburg. The Boers captured wagons and cargo and 1 800 oxen from the British.

Ten days later, on 13 December, the Boers won another victory in the Battle of Nooitgedacht.

The farm Nooitgedacht was settled in the 1830s, and the original farmhouse, which still stands, was built in 1872. Cliff Sanders is the fourth-generation owner of the farm, now divided into two 2 000ha farms, the other one owned by his cousin. Originally a wheat, maize, tobacco and cattle farm, it is now a game farm stocked with more than 20 varieties of game, including giraffe, zebra, wildebeest, leopard and hyena.

On 12 December Major General Clements encamped on the farm with around 1 500 men, 9 guns and more than 100 wagons, records Carruthers. Behind the farmhouse was a steep gulley, leading to the highest cliff in the range. Clements sent a contingent of about 150 men to the top of the gulley. 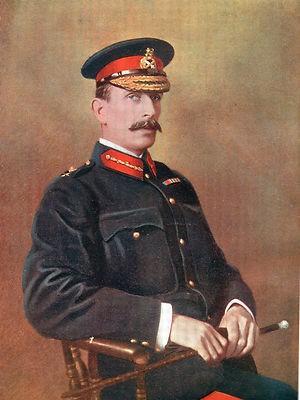 “I do not think it was possible to have selected a more fatal spot for a camp and one which gave better scope for Boer dash and ingenuity in storming the position,” said Smuts, quoted in Thomas Pakenham’s The Boer War.

The Boers sent in six units – four to attack the men on the top of the gulley, and two to take on Clements’s camp at Nooitgedacht, with Smuts breaking off and moving south east to cut off the British retreat towards Vaalkop, a small rise several kilometres east of the farmhouse.

The attack started before dawn and soon the British pickets on the summit were under control, with some soldiers being forced to jump or be pushed over the edge of the cliff. By 7am the Boers were in control on the summit and firing down on the camp from above. Badenhorst felt some resistance from the British in his westernly attack on the camp, while De la Rey hesitated in his attack, thus allowing the British to retreat to Vaalkop. Smuts too delayed his closing in of Vaalkop, thus allowing Clements to make a successful retreat to the hill.

Clements managed to get 350 riflemen and field guns across the moot.

The Boers, exhausted and having had nothing to eat or drink since the previous evening, rested at the farmhouse, and helped themselves to whatever the Brits had left behind, including rum.

“Their indulgence enabled Clements to escape back to Pretoria that afternoon leaving more than a third of his men dead, wounded or captured,” writes Carruthers.

The dead were buried at several cemeteries: one at the foot the cliffs, two on the summit and one at Vaalkop. In 1965, after the graves were vandalised, the remains were exhumed and re-interred in the Garden of Remembrance in Krugersdorp.

A small monument, erected by Clements, stands at the old cemetery below the nek, says Carruthers. The grave of Boer scout, veldkornet T van Zyl, remains undisturbed in the farmhouse next door. A small Boer cemetery sits at the foot of Breedtsnek.

Rob Milne on top of the Magaliesberg - Heritage Portal - 2019.jpg

But a few days later the British had regrouped and by mid-December they had driven the Boers out of the Magaliesberg. In February 1901 the British established a post in Naauwpoort, south of Olifantsnek.

But the Boers were not that easily subdued. The Battle of Vlakfontein, south-west of Olifantsnek, took place on 29 May, in which the Boers attacked a British column, followed by the Battle of Moedwil, on the far western side of the mountain, on 30 September. The Boers inflicted severe damage on the British camp before being driven off.

The British built a line of blockhouses along two-thirds of the Magaliesberg, stretching from Pretoria in the east to Olifantsnek in the west, in place by October 1901.

A blockhouse stands overlooking Kommandonek and the Hartebeespoort Dam. Masonry forts were built at Pienaarspoort, Wonderboom and Cable Hill. Redoubts or small fortifications, as well as trenches, were constructed along the range.

One of those blockhouses, called Barton’s Folly, was built in January 1901 by Lieutenant-General Barton, in the Witwatersrand range. It still exists, in good condition, and can be seen on the hill close to the road. Some of the fortifications on the top of the mountain overlooking Nooitgedacht still exist, although some were apparently erected several years after the battle.

The war in the Magaliesberg was over, the British having wrested control of it from the Boers.

“The mountains had been a severe testing ground for military skills,” says Carruthers.

“For the most part, the British, especially their generals, had been found wanting although there had been acts of superlative courage and resourcefulness by the men,” he goes on.

“But it was the Boer leaders who dominated the Magaliesberg war. The escapades of De la Rey, De Wet, Beyers, Smuts and Kemp are epics in guerrilla leadership.”

Five Victoria Crosses were awarded in the battles of the Magaliesberg, one in the Battle of Nooitgedacht.