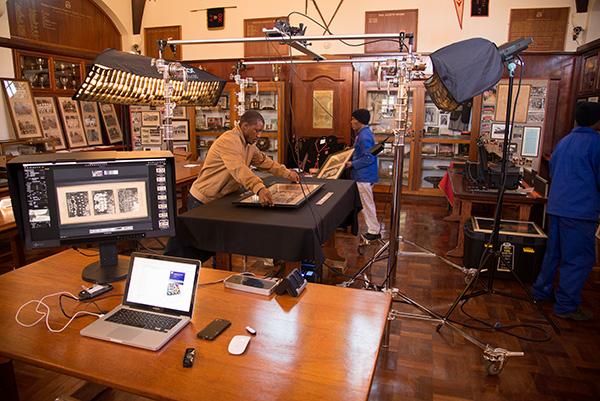 The Africa Media Online team was on site at Kingswood College in Grahamstown for two weeks in June 2016 to capture over 4,700 photographic prints, paintings and building plans. A significant number of the photographic prints were framed prints hanging on the walls of the school. Kingswood provided a team of assistants to remove the pictures from the walls all around the school and transport them to the museum where they were captured using our Alpa 12 FPS technical camera together with the Phase One IQ3 100 digital sensor.

Kingswood College suffered a fire in one of its main buildings some years ago and so are highly aware of the risk of losing the irreplaceable historic record contained in the historic photographs spread around the school and gathered in the school Museum. If you lose such history, a significant element of the perceived value of such an institution is lost which has significant implications for the marketability of the school to say nothing of the intrinsic value of preserving the record of the thousands of scholars and staff that have passed through the school gates since its founding in 1894. With this in mind, Kingswood College’s Business Manager, Steve Gardner insisted on digitising many the school’s priceless records. 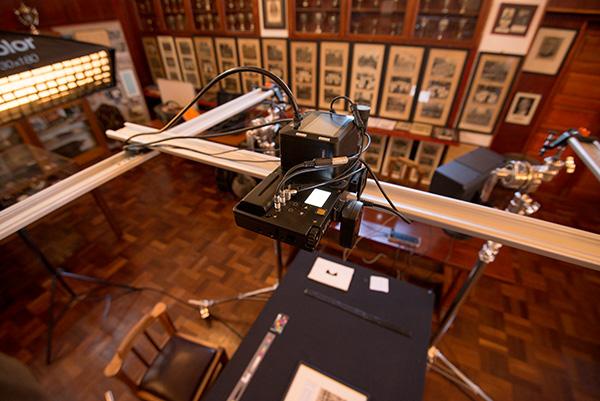 The Phase One digital back with the Alpa camera made the rapid capture of large paintings, plans, framed photographs and loose photographic prints all possible. We had given ourselves two weeks to have the task done and although we had to work to midnight on the final evening, we managed to capture every framed print in the school along with all their plans, all the large paintings of their headmasters and over 1,000 loose prints.

We were somewhat concerned about the quality we would be able to achieve having to shoot the framed prints through the frames. It just was not economically viable for Kingswood College to have thousands of photographs, mostly with associated printed names, unmounted. So the decision was made to simply capture them as they are. It was thrilling to see the quality of capture that we were able to achieve. Having our Broncolor lights at the right angle and the height of the museum ceiling meant we got almost no reflection in the glass. The camera captures in full 16-bit per colour channel and the specially designed Rodenstock lenses meant there is no need to correct for lens distortion at all. It was only when there was dust or moisture behind the glass that we could not get brilliant quality out of an image. Even in those cases, however, we were often able to unmount the images and reshoot. For the vast majority, though, we were able to simply clean the outside of the glass and shoot them as they were. 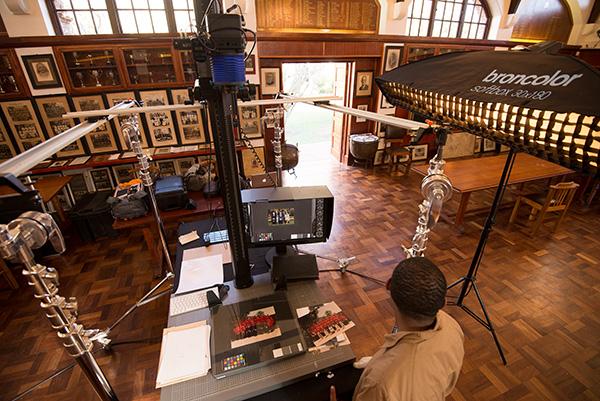 Our Broncolor lights were set at 45% to the glass. This together with the high ceiling in the Museum meant we were able to avoid reflections. (Africa Media Online)

As with most projects, the capture of the images was the smaller part of the task. The greater task, which has taken many months, has been the capture of all the associated metadata with each image. For thousands of images it meant capturing literally every name of every person in a team photograph or a photograph of the school staff or school band. Although we harnessed Optical Character Recognition (OCR) where we could, it was still a mammoth undertaking, one which we have only completed recently. Yet for a school like Kingswood College it is absolutely essential because it means an old boy or old girl can go on to the school’s digital archive, search for their name and every image with them in it will be returned in the search results – a powerful means of engaging interest from past pupils. And it is the engagement of past pupils that is so often the key to future developments in any school. 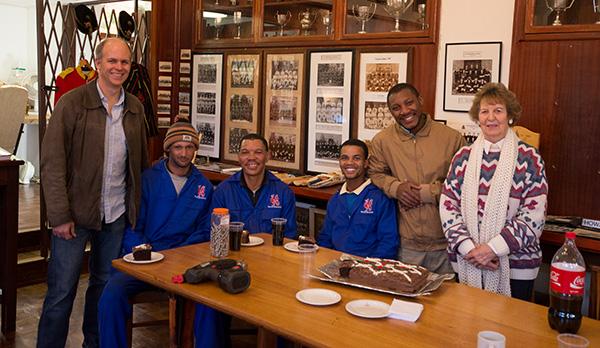 Timothy Zuma and I with Kingswood College Archivist, Shirley Fletcher and her team of assistants at a tea Shirley organized for us to say thank you on the last day of capture (Africa Media Online)