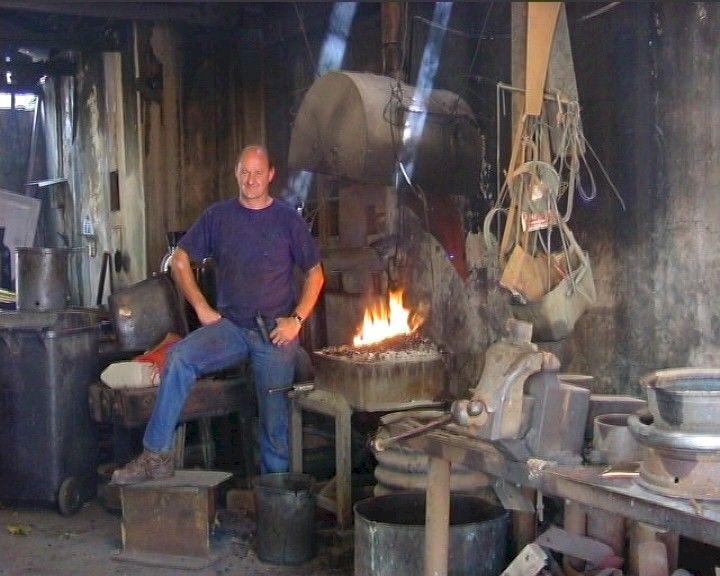 In the article below, journalist Lucille Davie profiles master coppersmith Larry de Klerk. De Klerk's workshop dates back to the late 19th century and is a declared Provincial Heritage Site. The piece was first published on the City of Joburg's website on 14 December 2001. Click here to view more of Davie's work.

South Africa's only coppersmith is not passing on his skills to anyone and is considering giving up the craft in the next five to 10 years.

“South Africans don’t appreciate crafts,” says 40-year-old Larry de Klerk, a fourth generation coppersmith operating out of the wood and iron garage attached to a house in Currey Street, Doornfontein, which was declared a national monument in 1990 (today a Provincial Heritage Site). He says he is the only coppersmith in the country.

“Copper is alive and with it you can put things together that no machine can do,” he says. “It is not something you can easily teach – I have been doing it for 20 years and am still learning the craft.”

De Klerk says his biggest challenge has been to make a copper bath. He has had orders from around the world and has made 60-70 baths. “It was only after about 15 years that I felt I had the confidence to make a bath.” A test of the craft is whether you can see a join in the bath: his baths have no visible joins. “My father said it couldn’t be done.”

Game lodges order copper baths mainly because they will retain the temperature of the water and therefore less water will be used, a prime concern for them. But otherwise, says De Klerk, copper baths will not crack or stain, and will last forever. “Besides, they look lovely,” he adds

De Klerk’s great grandfather, Hendrik Eliza, started the family business around "98 and a half years ago” in Doornfontein, working as a blacksmith, and later working with brass. He passed the craft onto his son, Hermanus Jakobus (known as Harry) who started working in copper as well. Harry’s son Cecil, worked in wrought iron, brass and copper and started teaching Larry the craft when he finished his army stint in 1982.

It is believed that the house was built between 1887 and 1897. Nowadays its pillared wall is painted a jolly forest green with a green verandah post and green roof and window sills, with white walls. Both Harry and Cecil were born in the house, but the family moved out of the house in the 1960s. Cecil saw the double row of plane trees being planted in the street in the 1940s.

At first the house was rented by the De Klerks but it is believed that Harry bought the house although no one knows the date of purchase, but he was certainly the first coppersmith in Johannesburg. He died in 1962 having passed the craft onto his son, Cecil. 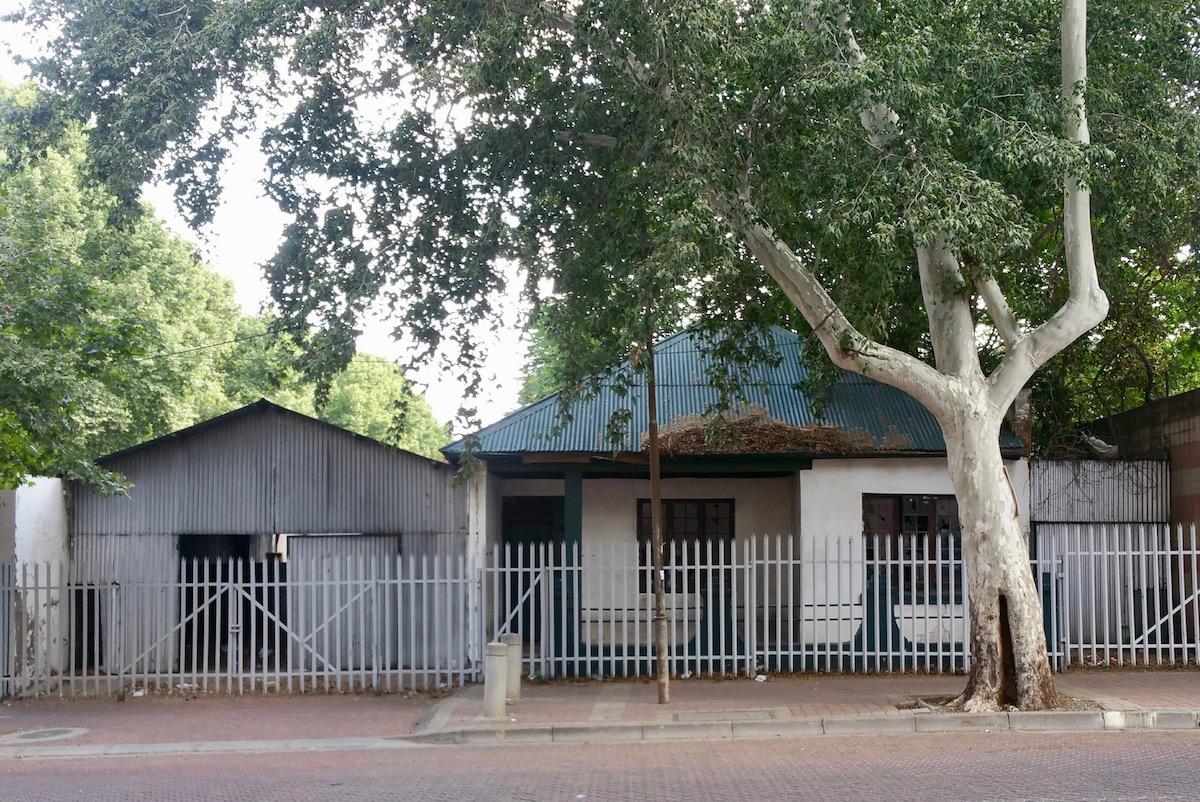 The House and Workshop (The Heritage Portal)

In the 1970s the house and forge were expropriated to build a police training college on the broader site. For almost twenty years the battle raged, with Joburg historian and heritage champion Flo Bird getting involved. Letters were written to the newspapers, radio talk show host John Robbie took up the issue, and the momentum continued through numerous newspaper articles.

Then in 1990 the building and the business were declared a national monument. In the same year the government got rid of the 99-year lease arrangement that had been in place as part of the apartheid legislation. “If that had happened a year later I would have got the business and house back on a 99-year lease and would have considered renovating the house and teaching coppersmithery to my 7-year-old son,” says De Klerk.

De Klerk was then given a 10-year lease, and since 2000 has had a yearly lease which means that every year he has to approach the neighbouring Technical College which now has the rights over the site, for permission to renew his one-year lease.

“I had to fight Louis Luyt who wanted the site for parking for Ellis Park Stadium, [built in the mid-1980s]. But the Council has given me industrial rights to stay here.” His is the only business in the area with those rights.

The house certainly needs to be renovated. Its wooden floors have bits of copper covering the holes, plaster is falling off the walls, and one of the ceilings is collapsing. In the front room is a scattering of copper bowls of various sizes, copper coal scuttles, metal templates and copper sheets. The walls in the passage contain hundreds of dusty documents on a nail – invoices, letters, orders – dating back to the 60s.

“I love this house – my father was born here and I used to come here every school holiday and learn the craft from him – and I wouldn’t work anywhere else,” says De Klerk. He was offered a place on a wine farm in the Cape, to spend his time making copper items, but turned it down – he wouldn’t want to work anywhere but in this house.

When the Gold Reef City mine village was opened in the 1980s, De Klerk was asked if he wanted to go and set up shop there, but he turned down the offer. 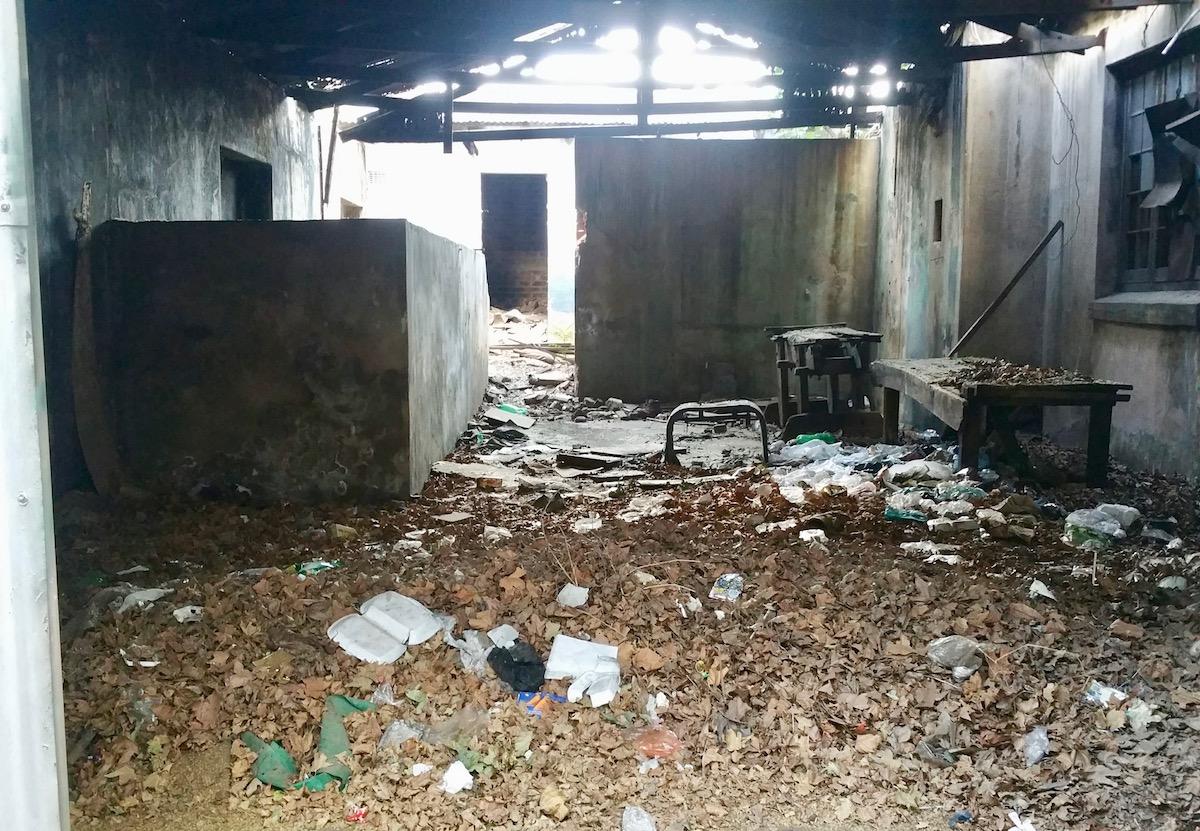 Cecil de Klerk was largely involved in making bedwarmers, bowls, jugs, mugs and spoons which were very fashionable in the 60s, 70s, and 80s. They can be seen in homes around the country with their trademark “De Klerk” stamped underneath each item. He is also known to have made all the plaques, labels, lamps and copper flower pots for the Blue Train. The Florence Nightingale lamp for the JG Stryjdom Hospital in Westdene was also made by him.

Most of the copper was obtained from old geizers that were used in the early Johannesburg houses – usually very high quality copper. Nowadays geizers are still used but copper sheets are imported too.

De Klerk has diversified the range of work in the last three years – he no longer makes brass items and largely does project work. That includes work for several casinos: brass railings for a casino in Pietersburg and copper floor strips for a casino in Vereeniging. Other projects include copper tiles, copper doors and a 7-metre canopy for the Zambezi Sun, the weather vane for the burnt-out and restored Pretoria Station, and “the biggest copper dome in Africa” – 10 metres x 27 metres – for the Great Park Synagogue in Glenhove. 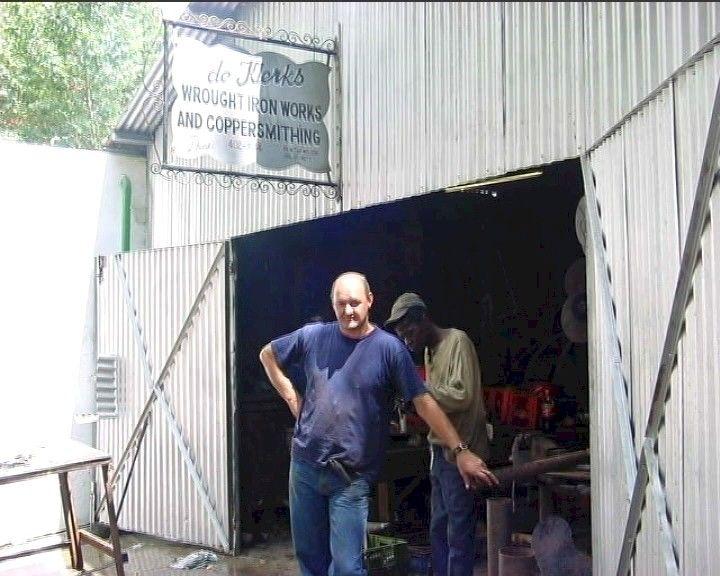 There are occupational hazards to coppersmithing: De Klerk has impaired hearing. His father suffered the same problem, caused by hammering copper into the required shape.

“There are no moulds for making copper items. Once you have made a template and cut the copper, you heat it, bend it and shape it. Copper is alive – you can work it into forms by stretching it, then you hammer it and you can hear when you can’t hammer any more. If you hammer just once too much, it will crack and become like glass.” To the suggestion that he wear ear plugs, De Klerk replies: “You have to hear the sound when you hammer the copper – the precise sound will tell you when to stop.”

De Klerk says his craft is addictive. “I enjoy taking on challenges, the pressure of getting it right – I get a lot of satisfaction from my work.” He says that he takes a month’s holiday every year, but by the second week he wants to come back and carry on working.

“I don’t do it for the money, but for the love of it,” adds De Klerk. How many people can say that about their jobs?