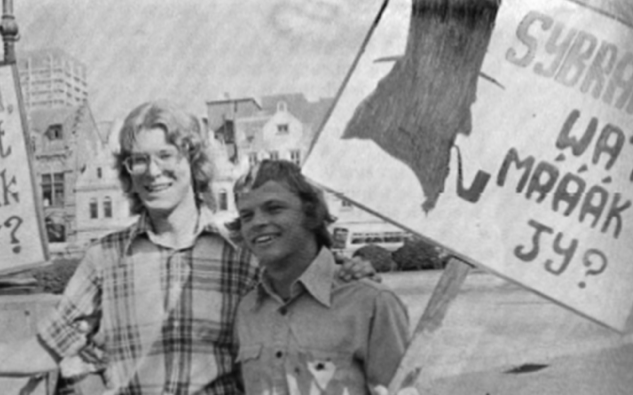 This is a recollection of my personal journey and association with Karel, through which I would like to pay tribute to a giant who championed the cause of heritage conservation far beyond the borders of the country where he lived, worked and passed away.

It was in 2001 when I met with Karel for the first time face-to-face, thanks to another formidable heritage practitioner, Gerhard-Mark van der Waal, or ‘GM’, as he was often known. He was preparing to immigrate to his country of birth and wished to restructure Cultmatrix CC, a heritage consultancy that he had helped to establish in 1997. The new ‘triumvirate’ of partners was an interesting one and worked well, possibly partly of our common Dutch origins. It was the beginning of a journey with Karel.

Although I had never met and worked with Karel up to that point, I knew about him from a newspaper photo published in the December 1975 Pretoriana (the bulletin of the Old Pretoria Society) edition. This showed him and a fellow student (Recht Hiemstra) brandishing placards to voice their opposition against the demolition of some of the historic buildings on the western side of Pretoria’s Church Square [see main picture]. They had joined a mass protest on the square, which took place the 26 July 1975, against the destruction of what Karel later often referred to as ‘shared built heritage’ and, as in the case of the most effective demonstrators, they were apparently threatened with arrest by the police. From what I recall of Karel’s version of this event, it seemed that the placards ‘insulted’ the then Transvaal Administrator who tried to orchestrate the demolition, Mr Sybrand (in heritage circles often referred to as “Sooibrand”, meaning ‘acid indigestion’) van Niekerk.

It is poignant to realise that, 39 years after this event and twelve days before his passing away, Karel’s efforts to conserve this part of South African heritage were finally and fully recognised when he and his colleagues Roger Fisher and Nicholas Clarke received an award from the Pretoria Institute of Architects for their book Eclectic ZA Wilhelmiens: A shared Dutch built heritage in South Africa</em> on 7 November this year.

Karel Bakker, the heritage activist. I think that he always remained an activist, exchanging his placard for other tools such as research, teaching and capacity-building within and outside academic institutions, participating in a bewildering range of forums, committees and other organisations to promote the cause of heritage conservation and, last but not least, applying his professional training as an architect during a range of hands-on heritage projects, often as a consultant.

As partners in Cultmatrix CC, as well as associates outside this organisation, Karel and I have shared many projects aimed at balancing the needs of heritage conservation versus the need for economic development. On the one hand, we have experienced successes where heritage was a winner. On the other hand there were also instances where heritage came off worst. Although I only became familiar with the concept ‘no prudent and feasible alternative’ after starting to work as a heritage practitioner in Queensland, it was something we always faced when working in the field of heritage consulting where there was clearly no alternative to demolishing a heritage asset. True to his professional ethics, Karel invariably ‘stuck to his guns’ in refusing to accept the disappearance of heritage features until he was satisfied that all the alternatives had been explored. In his quest for ways to commemorate what would then be ‘gone’, his passion for acknowledging and preserving intangible heritage then came to the front.

The urban landscape of his home town, Tshwane, demonstrates many instances of Karel’s striving to ‘make a difference’ as a heritage conservation professional, in which he was supported by a host of other heritage professionals. I remember the Salvokop urban design framework, the Mamelodi Rondavels, the Gautrain and BRT undertakings and the Rainbow Junction development, to name but a few. Further projects with highlights included the restoration of the Tudor Chambers (Church Square) and the Conservation Management Plan for the Union Buildings. In addition, he was active far beyond the urban fringes, ranging from the Pilanesberg National Park in the west, Botshabelo, Pilgrim’s Rest and the huge Nkangala municipality in the east to Soweto in the south and as far afield as Robben Island. When asked by Karel to develop and present a training course for heritage professionals associated with the Aapravasi Ghat World Heritage Site in Mauritius, I found that my task was made much easier due to the fact that he had already prepared the basic framework through his involvement with the conservation planning for this place.

Karel Bakke in action on a site in Sunnysid 2009 - Robert De Jong.png 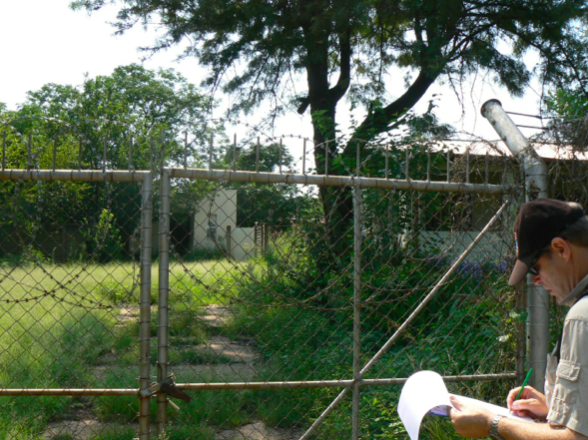 Karel in action on a site in Sunnyside, Tshwane, January 2009. (Robert de Jong)

I know from experience that behind almost every heritage conservation professional is a family, which often has to suffer his or her long absences, extended work hours, working in unsafe environments and spending long nights behind the computer ‘smashing out’ (as they say in Oz) reports with often impossible deadlines. In this respect, I would like to join many friends and colleagues in paying tribute to Karel’s family for supporting him. Our thoughts and prayers are with them in this difficult time.

Karel would have been a heritage practitioner par excellence in many other parts of the world, because he has ‘ticked all the boxes’ which make up the ‘Great Australian Checklist’ for doing what you are supposed to be doing, efficiently and effectively, without fuss, ‘worries’ or ‘dramas’:

His ‘can-do' attitude towards his profession, such as his capacity to start and finish off projects, his perseverance in finding solutions and his talent for finding or simply introducing new ways of doing things. His knowledge of his field of profession and interest – urban design and regeneration, vernacular buildings, sustainable architecture, heritage architecture, intangible heritage, management of historic environments, historical studies… the list goes on. His skillsas architect, the ability to communicate with people, to seek common ground on which to build trust and relationships, to inspire others, to think beyond academic disciplines – always the diplomat and the gentleman. His expertise in the fields of urban conservation, heritage theory, heritage significance and impact assessment, African and shared heritage, interpretation and presentation of heritage. His talent as team player to make all of the above happen. Additionally, in his capacity as Head of the Department of Architecture, University of Pretoria, he also was a team manager. From our conversations, I remember that he took this job very seriously by trying to ensure that everyone stepped up to their task and pulled together.

Through my years of association with Karel I have had first-hand experience of his can-do attitude, knowledge, skills, expertise and ability to work in a team, in particular with regard to the many projects in which we have been collaborating. Together with many colleagues, I am grateful for the opportunity in learning from him and for putting all this into practice. Karel has made a significant contribution to heritage conservation on a South African as well as on a global scale, and this should inspire heritage conservation professionals to build on the legacy he has left behind.

In doing so we must remember that we are standing on the shoulders of a giant in this field.

When I left my employment with the Queensland Government end of September this year, my immediate boss left me a send-off message that included the following words:

“Mate, I think everybody will join me in agreeing that you are a great bloke and a well- respected team member and we will all miss you…”

I think that I would rather reserve this accolade for Karel.