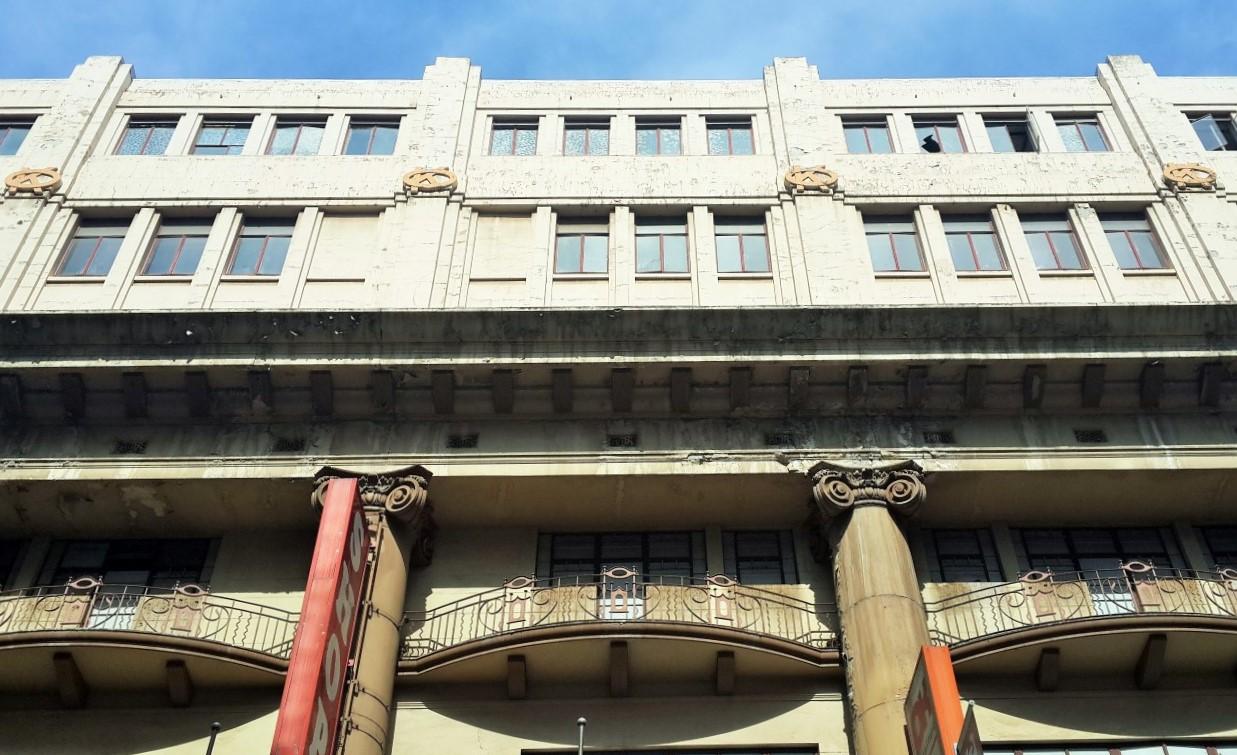 In the late 1920s two entrepreneurs opened a shop on the wrong side of  Johannesburg's retail district. The shop was located on Eloff Street, a block south of Pritchard Street. At the time it was generally accepted that to succeed in the retail trade your premises would have to be located in a portion of Eloff Street four blocks long north of Pritchard Street. Critics, competitors and commentators predicted their rapid demise but this was not to be. Below is an article from The Sunday Star (October 1986) giving an overview of the origins and success of OK Bazaars. Regarding the title… you’ll have to read until the end (it involves a certain I.W. Schlesinger)!

"…but in 1927 there opened, also in Eloff Street, the OK Bazaars. The OK was founded by a violinist turned shopkeeper, Sam Cohen, and a hairdresser turned commercial traveller, Michael Miller. Miller was born in Lithuania in 1893 and moved to Britain at the age of three with his parents. He left school to start work at the age of 13 and, when he was about 17, came to South Africa where he became a hairdresser. He eventually sold out his half-share in the small business for £25 and became a commercial traveller.

Sam Cohen was born in London in 1894, immigrating to South Africa with his parents just before the outbreak of the Anglo-Boer War. He left school early and was a violinist when he met Dora Miller, Micheal’s sister. After their marriage Cohen joined his father’s business, consisting of three small ‘native stores’ in Harrismith in the Orange Free State. He was given one of the stores at £5 a month rent and occasionally he and his wife would see Michael Miller travelling around the country with soft goods and shoes. Sam realized there was no future in a small trading store so, when Michael Miller suggested they start a wholesale business together in Bloemfontien, he agreed.

Miller was 25, Cohen was 24, and they began with a single showroom: the venture was called United Commercial Agencies. Their only capital was £150 which Miller had managed to put together. Deciding that Bloemfontein was a backwater, they moved to Johannesburg and rented the upper floor of a building in Von Wielligh Street, naming the business the Commercial Trading Company. Cohen bought the stock and Miller handled sales. At the end of only one month they had made a profit of £600 – an enormous sum for those days.

In 1921 Michael Miller married Janie Vivien Osrin and weathered a crisis in the three-year old business. Like others the partners found themselves with stocks bought at too high a price and the stocks were also low in quality. They bought cleverly, ordering among other things items to be made up specially for the South African market. They reopened their business as the New Commercial Trading Company in larger premises on the corner of Market and Von Wielligh streets with an office staff of four and a few travellers.

The 1922 strike brought not only a business but a personal crisis. The Millers rented a house in Doornfontein and found themselves in the thick of the fighting, cut off from all supplies and transport – and Janie’s first baby was expected at any moment! Sam brought a nurse and a Doctor (Dr Henry Gluckman, later a Minister of health) and parked the car in Beit Street, behind Millers’ home. He also brought a ladder, enabling him to climb into the backyard. They made their escape with the aid of the ladder, having to pass through three properties to get to Beit Street and the car. The Millers were driven swiftly to the home of a sister-in-law in Parkview where Mrs Miller was safely delivered of a daughter.

Four years later, the partners decided to put into operation their plan for a cash store. Their break came in June 1926 when Store Bros, on the corner of Eloff and President streets closed down. Cohen and Miller obtained a lease on part of the premises. They began by planning the layout of the store, which included the novelty of an island counter and then Miller went overseas to buy. The last thing they did together, with their wives joining in, was to select the name. None was ever to remember who first suggested OK Bazaars, but the expression ‘OK’ was catching on at that period in South Africa and all agreed it was a good name. The opening was planned for Saturday June 25, 1927. Just before it, an apprehensive Sam Cohen cabled Miller to stop buying. But when the opening arrived, police had to be called in to control the crowds waiting to enter the store. Cohen promptly sent off another cable: ‘Buy like hell’.

Drawing of the first OK shop.jpg 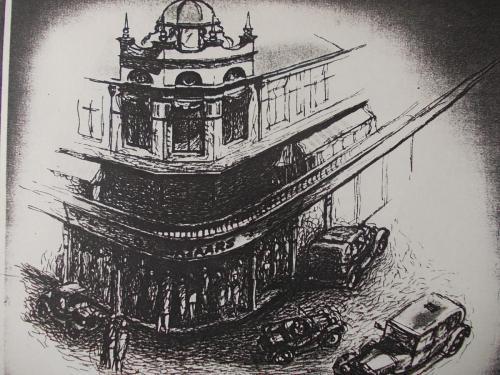 An old drawing of the famous store

Miller returned three months later to find plenty of problems but no doubts that OK Bazaars was well established. New Commercial Trading was closed and the partners began to found branches of OK Bazaars – Pretoria, Port Elizabeth and Durban in 1928, East London in 1929, Bloemfontein and Germiston in 1930, Springs in 1931. The first company of OK Bazaars was a private one. With considerable help from IW Schlesinger, it become a public company in 1929. Schlesinger became chairman and Miller and Cohen were joint managing directors although jointly they had effective control. The three men were friends before this.

“But his one object was to gain control of OK Bazaars’ said Sam Cohen, “which we thwarted.” Cohen recounted an early episode which led to the denouement in 1938. Schlesinger had started Publix, designed to be a chain modeled on the American drugstore, which would compete in many areas with OK Bazaars. Said Sam Cohen: “When he started Publix he tried to take some of our men to run it. So I went to his office and said ‘I’d like you to resign’. And his words were: ‘I’ll break OK Bazaars!’. I said, 'Look, Mr Schlesinger, I’m not afraid of your threats because you can’t do what I do’. He said ‘What is it you can do that I can’t do.’ I got up and took off my jacket. I said, ‘I can get behind a counter and you can’t.’. And that was the end of that episode. Schlesinger sold his OK Shares. He held onto Publix but soon after his death his son John put it into liquidation.

Cohen and Miller were strong characters both with quick brains and given to make quick decisions. 'We had price wars all the time', said Cohen. 'Someone starts a new store? Undersell them. It’s a matter of survival. There is no pattern in running a retail business. You’ve got to watch your competitors, watch your merchandising, watch the trend. Try to do something bigger and better than your competitor.' 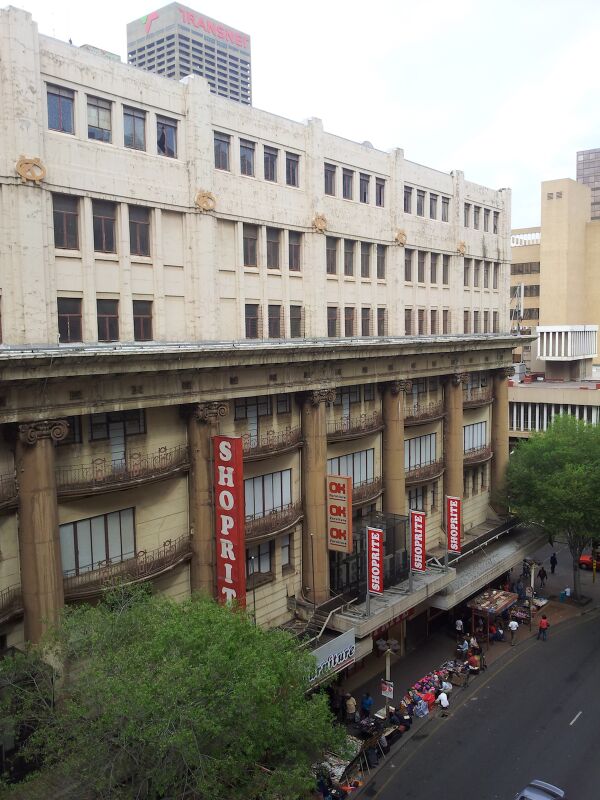