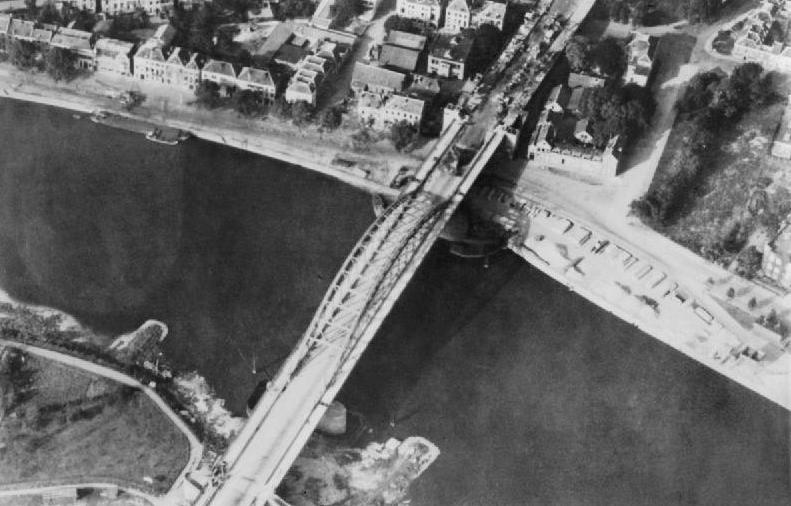 Professor Lipmann Kessel MC, MBE, FRCS (1914-1986) was an eminent surgeon and a fellow of the Royal College of Surgeons of England, who wrote several important works on orthopaedic surgery, but rather like another well-known doctor, Roger Bannister (1929-2018), Kessel is best remembered for what he did as a young man. In the case of Bannister it was breaking the four minute mile barrier (in 1954) and with Kessel it was his medical role during the famous Battle of Arnhem, in late September 1944.

Alexander William Lipmann Kessel was born in Pretoria on the 19th December 1914, to Jewish immigrant parents who had come to South Africa at the turn of the 20th century.  His father, Moses, was Lithuanian and his mother, Gertruda, was German. He grew up in South Africa and studied at the University of the Witwatersrand (WITS) in Johannesburg. With a career in medicine in mind he would, in the mid 1930s, go to London where he would study at the teaching hospital, St. Mary’s, Paddington (as would Roger Bannister in the early 1950s). On qualifying as a doctor in 1937 he would stay in England, holding a variety of junior resident posts until he joined the Royal Army Medical Corps (RAMC) in March 1942. By then he had dropped his first two forenames preferring to be called Lipmann, Lippy to his friends. 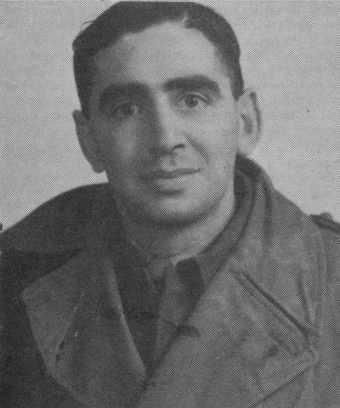 Lippy as a young man

The Second World War (1939-1945) was into its third year and had Lipmann returned to South Africa he would no doubt have seen service with the South African forces in North Africa and Italy. As circumstances dictated he joined the British Army and after basic training he would volunteer for duty with the 1st Airborne – the paratroopers and wearers of the red beret. He passed through parachute training at Ringway (Manchester) in September 1942 and was posted as a Section Officer to 16 Parachute Field Ambulance, which was in North Africa at the time and by March 1943 he had taken over one of the two Parachute Surgical Teams. He would carry out operations on the wounded at dressing stations in Sicily and Italy until the time his division was withdrawn from the Italian theatre in preparation for the D-Day landings.

When “Festung Europa” (Fortress Europe) was invaded (D-Day, 6th June 1944), the 1st Airborne were held back in reserve and the 6th Airborne (actually the second of the two airborne divisions) were dropped into Normandy. 1st Airborne, although on standby, were not called upon and were kept in a state of readiness for future action as the Allies swept across France with the “Jerries” in full retreat back to the “Vaderland”. Paris was liberated on 25th August 1944, ending four years of German occupation and soon thereafter so were Brussels (4th Sept.) and Antwerp (5th Sept.). However the German Wehrmacht (army) would regroup and grimly defend the Third Reich along the “Westwall” (a.k.a. the Siegfried Line).

The 1st Airborne would finally see action when they were dropped 60 miles behind enemy lines at Arnhem, Holland on the 17th September 1944, as part of Operation Market Garden, a plan devised by Field Marshal Bernard Montgomery (“Monty”) to circumvent the “Westwall” and end the war by Christmas. Anyone who has seen the film “A Bridge Too Far”, which premiered 40 years ago, knows the outcome, which was a defeat for the British and their Polish brothers in arms. “Monty” would say afterwards that Operation Market Garden was 90% successful. Tell that to the Dutch who had to suffer the coldest winter in living memory compounded by harsh German food embargos and reprisals against the Dutch population for siding with the British. 74 years has passed and the Dutch may have forgiven the Germans but they have not forgotten the “Hungerwinter” of 1944/45.

A Bridge Too Far Movie Poster.jpg 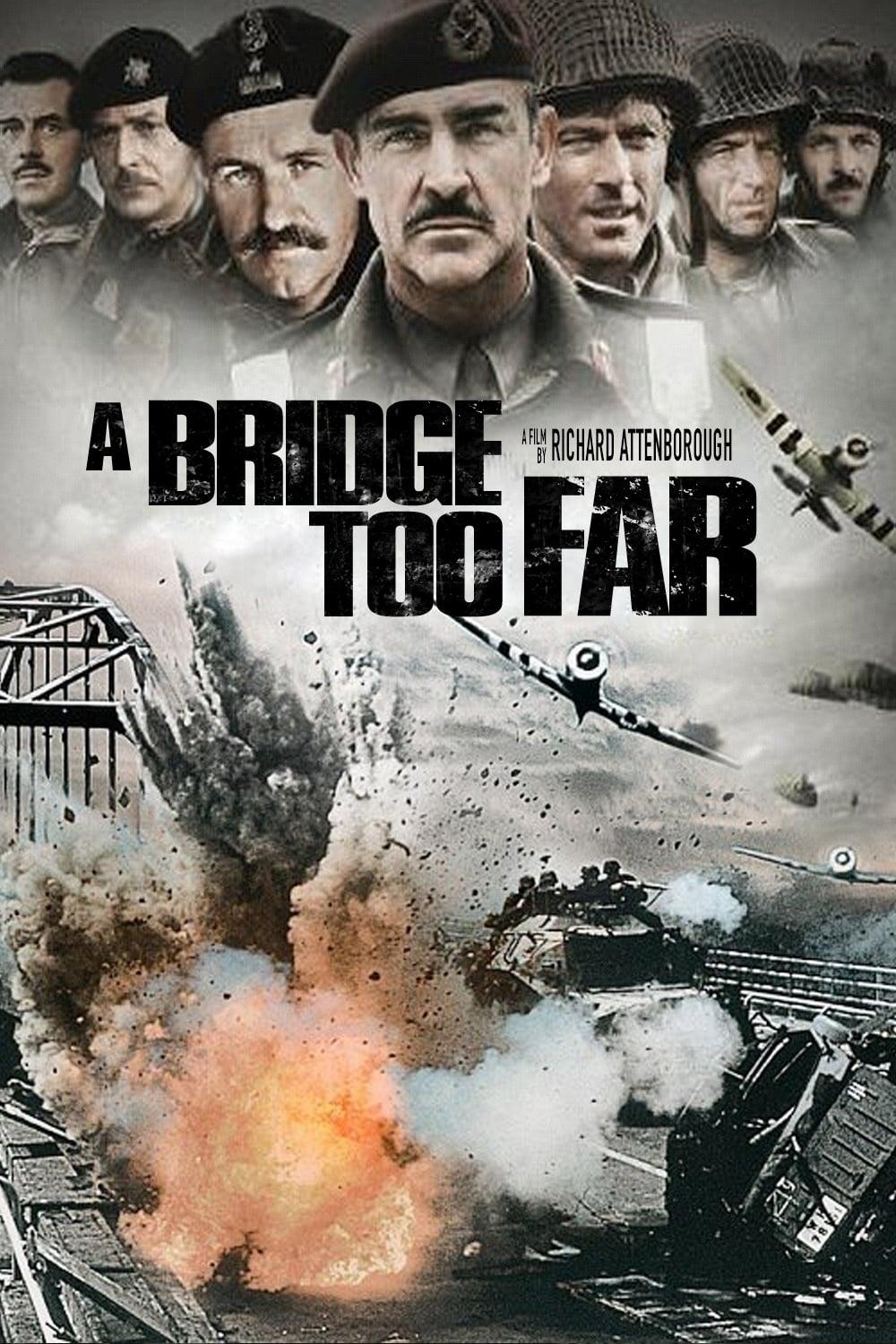 Hindsight, as they say, is an exact science, and many have criticized the planning as well as the execution of Operation Market Garden, but had it worked the war in Europe would have ended 5 months before it did with many lives saved on both sides and with the possibility of no future “Cold War” and “Iron Curtain” (at least in the forms they took), as the Western Allies would have got to Berlin before the Russians.

Lipmann Kessel, using the pen name of Daniel Paul, would write a book entitled “Surgeon At Arms”, which told the story of the part he played in the Battle of Arnhem; the failed British attempt to secure the road bridge at Arnhem over the Lower Rhine.

The Battle of Arnhem would rage for nine days until the British and Poles withdrew in the hours of darkness of the 25th into the 26th September (Operation Berlin). Lippy Kessel and his surgical team would remain behind at the St. Elizabeth Hospital, Arnhem, under German command treating the wounded troops of both sides. Kessel was able to save the lives of many soldiers but one in particular was John (“Shan”) Hackett, the Brigadier of the 4th Parachute Brigade who after the war was full of praise for the doctor’s handiwork in stitching him up after removing a fragment of a mortar shell which had perforated his stomach. Both men would separately escape from German captivity and would go into hiding for several months as “onderduikers” (under-divers) and with the help of the Dutch Underground they would find their way back to the British lines south of the Waal (the main course of the Rhine in the delta that flowed to the North Sea), by mid February 1945.

When a wet and cold Lippy Kessel and his Dutch courier, Jan arrived at the British outpost, after crossing the Waal in a two man canoe, he was underwhelmed by the welcome they received: “We tied up at the foot of some stone steps. Gazing down at us through the gloom was a lounging, steel helmeted figure with a rifle. It didn’t speak, let alone call out a challenge. This was the start of the British front line. We could have been an enemy patrol, spies, German deserters, anything. Maybe we were expected but, if so, I felt he might at least have murmured Good Evening” (taken from the text of “Surgeon At Arms”).

For his courage and his unstinting resolve to save the lives of the wounded soldiers of Arnhem, he was appointed MBE (Military) and awarded the Military Cross.

When Lippy Kessel died, at the age of 71 on the 5th June 1986, he had lived a full life and he had touched many with his kindness and compassion. He was a man of immense charm, wit and integrity and above all a true humanitarian. He was also Communist (hence the Red Star) and he kept his Marxist beliefs to the day he died. [Note from Paul Kessel, Lippy's son: My father left the Communist Party after the Russian invasion of Hungary in 1956 and joined the Labour Party. He was even asked by the then leader Michael Foot to join the House of Lords if Labour came to power.]

He was buried as per his wishes in the Civil Cemetery in Arnhem, not far from those who had died in battle 42 years before. 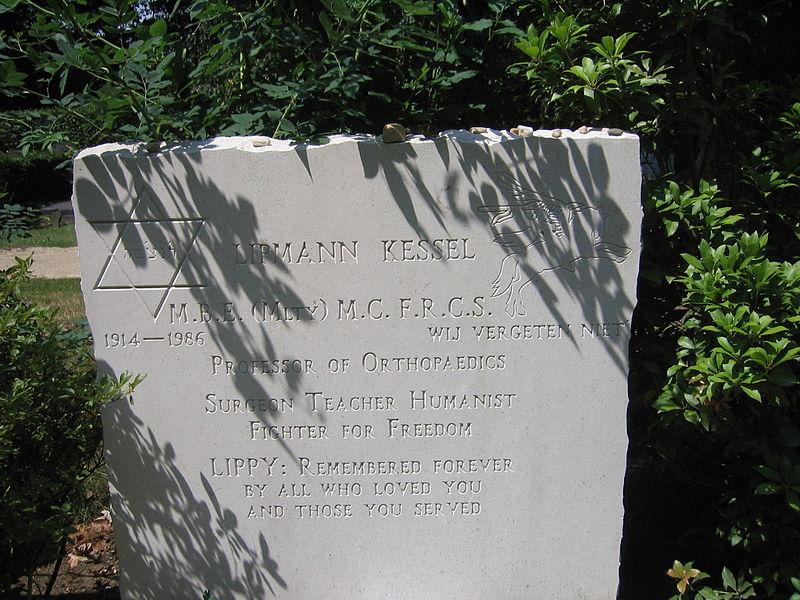 The gravestone of Lippy Kessel (via wikipedia)