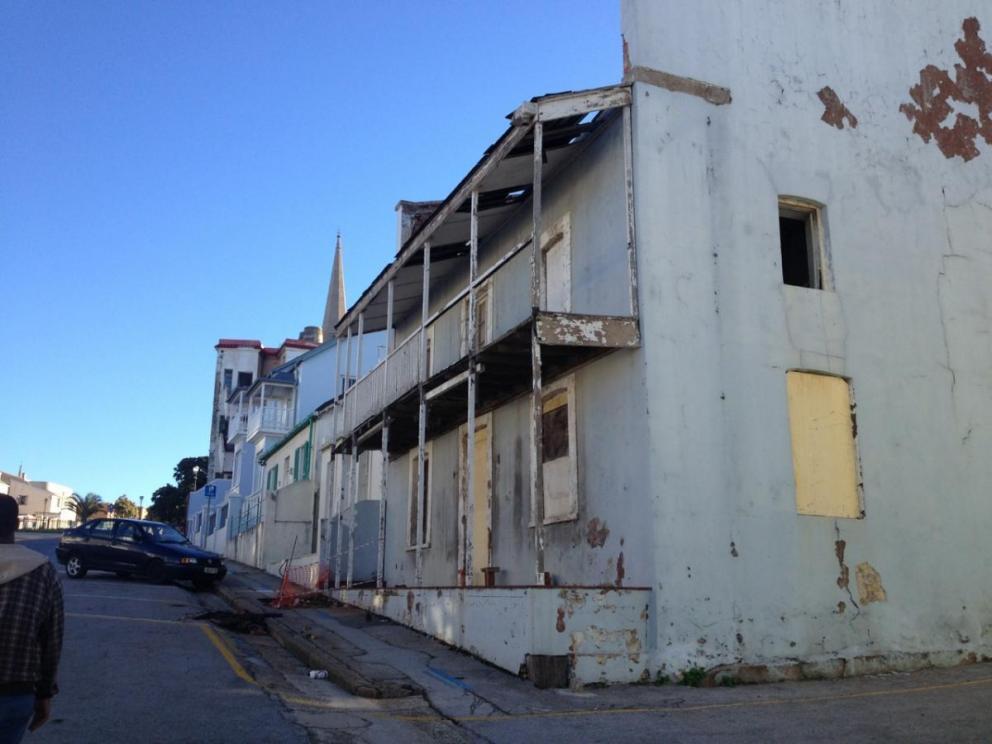 [Originally published 5 August 2013] The following update and call to action regarding Canterbury House, Port Elizabeth is in the form of an open letter written by Andrew Reed of the Mandela Bay Heritage Trust (MBHT).

We are all well aware of and very concerned about the unchecked destruction of Port Elizabeth's oldest suburb. It has come to the attention of many of us that the prominent owner of the Donkin Row houses, has moved his operations to the next level, highly sensitive 1820 settler houses on Constitution Hill.

Scaffolding has now gone up at No 35 Constitution Hill, known as 'Canterbury House' which was ravaged by fire in 2002/2004. Only certain parts were destroyed and the house circa 1837, has been left to the elements ever since in a wilful manner by the present owner.

This house, built for Richard Tee, 1820 settler from Damant's party, represents a vital part of PE's history and is in fact Grade II listed. Photos reveal that the fire was confined to various areas and the huge concern is that original (though now decayed) fabric will now be disposed of as has taken place, unchecked, with the Donkin Row Houses.

There is no open, transparent procedure being followed in terms of recording the fabric or securing it or replacing it in a sensitive way, which is non-negotiable when it comes to Grade II listed structures. No 31 Constitution Hill, (circa 1824) is also in danger. Whatever the current opinion is and whether or not the owner is seen as doing a 'good job' or not is NOT the issue, these operations are illegal. The issue is the lack of enforcement of our laws and the lack of procedure which results in the irrevocable loss of Port Elizabeth's settler history. This entire site requires a heritage impact assessment and quite likely an archaealogical assessment in light of the excavation also being done.

The provincial authority and the local authority need to work together with urgency, as this has gone on three years longer than it should have. It seems as if this property owner is being favoured and protected and this situation spanning the last 15 years is not acceptable any longer.

This matter will now also be reaching local levels of law enforcement.