The following updates on the Barberton Block House were sent through by Marius Bakkes and the team from Mpumalanga Heritage. A very tough scenario faced by activists and officials across the country. [Originally published February 2013]

According to the Barberton museum’s heritage walk information sheet, this fort dates from 1900 and is a example of the earliest design (made of wood and iron guard) of the British block houses in South Africa. It was built during the war (along with four others) as position to protect the concentration camp and hospital. It was manned by the Barberton town guard which consisted of local men. Over the past years the structure became quite derelict until the local Ratepayers Association raised their concern. Recently the following correspondence came under our attention:

Andy Nuns, Chairman Barberton/Umjindi Ratepayers Association wrote: We were recently advised by Roland Jones that the Blockhouse door was missing and the inside was a mess. Marjorie and Roland did a preliminary inspection of it on Saturday. Marjorie and I inspected the Blockhouse on Sunday afternoon and established the following:

We removed the washline and police clothing and were watched by a white tramp who on questioning admitted to living in the blockhouse with his brother. He indicated he was asked to live there to protect it from other vagrants by the owners of St John's. He also said he found the police clothing in a box and showed it to us and also extracted police insignia from it.The police clothing was handed in at the police station by Marjorie.

I told the vagrant that he could be arrested and jailed for a long time for desecrating a National monument. He denied doing any damage and seemed frightened/uneasy but on a visit to the blockhouse this afternoon he was actually in it. Marjorie spoke to Danie who lives in St John's with his wife. He denied asking the tramps to live there but he indicated that at least it was sheltering them from the cold and to an extent their presence would stop other vagrants from stealing the rest of the Monument. We cannot argue with this logic but remember it is not safe for them to be there because of the state of disrepair of the building.. If they are allowed to stay too long, they may obtain squatter rights so urgent action is necessary.

We obviously have a serious problem on our hands and we need to address it immediately. We comment as follows: 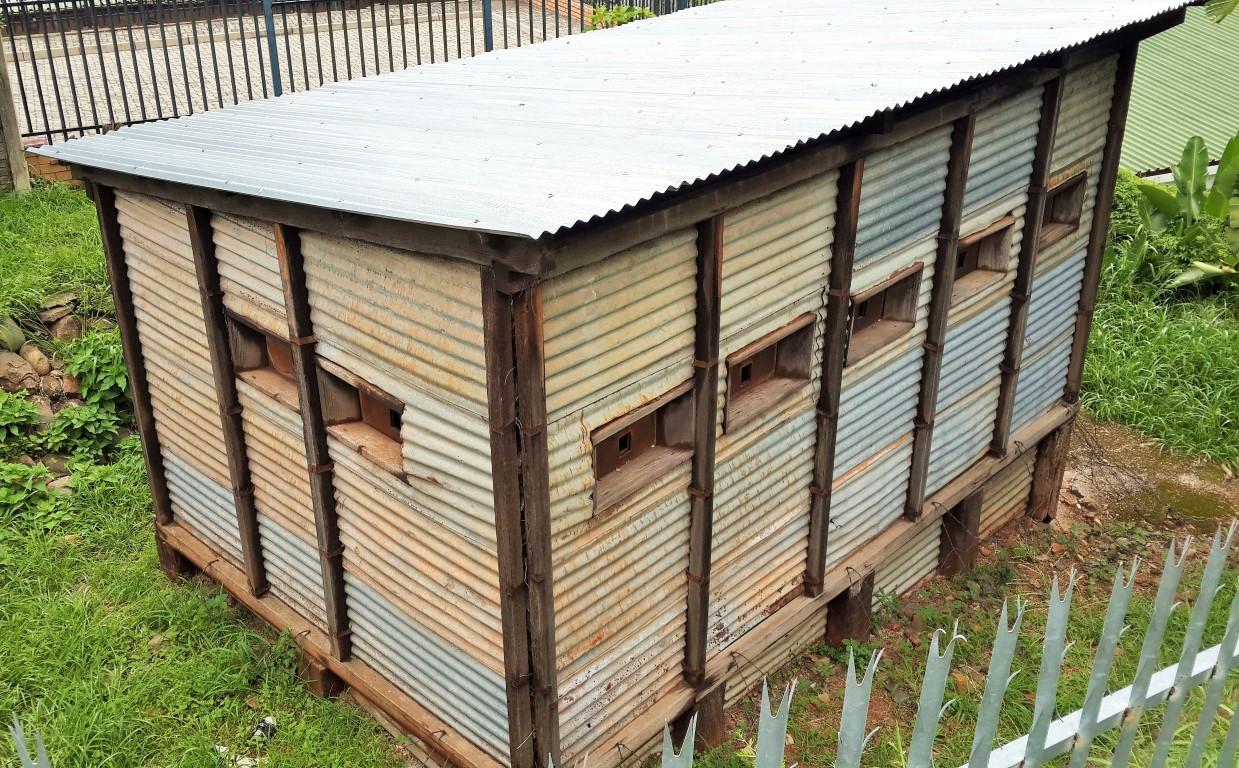 Flicka Goslet writes: The renovation of the Blockhouse is being done by the Rotary Club of Barberton. Happy to say that the vagrants have been persuaded to take up residence elsewhere. The palisade fencing was donated by our local municipality. The garden has been cleared by Friends of the Daisy who are very busy cleaning up Rimers Creek. What a difference when there is no litter, alien vegetation removed and the grass cut regularly. Next on the agenda will be the installation of a new corrugated roof under the old one, then fix the floor. Lastly we will have a replica door made ( we have a picture of the original) which will be kept locked.