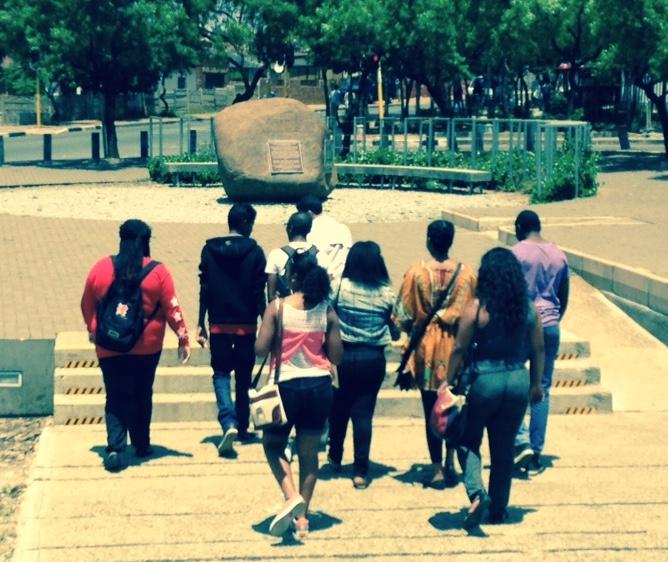 In the article below, journalist Lucille Davie unpacks the history behind this landmark day. The piece was first published on the City of Joburg's website on the 24 May 2007. Click here to view more of Davie's work.

It is a day violently etched on the South African collective conscience. Known these days as Youth Day, it commemorates the deaths of about 200 school children in Soweto, on 16 June, 1976.

Lest we forget the significance of the day, a museum exists to keep the memories fresh. The Hector Pieterson Museum, in Orlando West in Soweto, is just a few blocks from where students and police met in a violent confrontation. 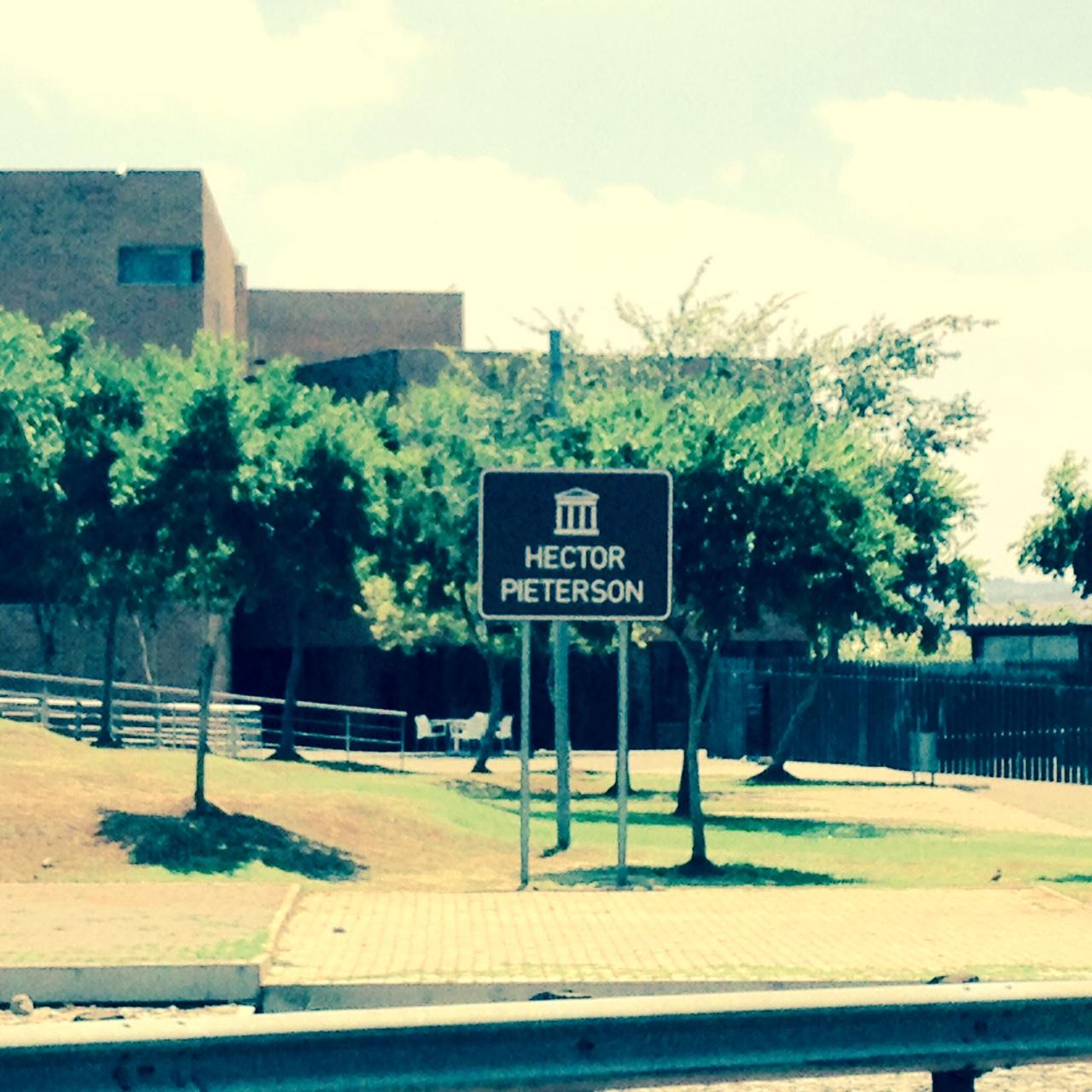 Sign for the Hector Pieterson Museum (The Heritage Portal)

The sahistory.org.za website puts the number of dead at 200, in contrast with the official figure conservatively given as 23, according to Philip Bonner and Lauren Segal in Soweto, A History.

On that day the government and the police were caught off guard, when the simmering bubble of anger of school children finally burst, releasing an intensity of emotion that the police controlled in the only manner they knew how: with ruthless aggression.

Bantu education was introduced by the National Party in 1954. Prior to this blacks either didn't go to school, or were educated in missionary schools, which fell away with the new system. Many more children were enrolled and the existing schools became extremely overcrowded - class sizes hovered around 60 children - and the quality of the education declined.

Fewer than 10 percent of black teachers had a matric certificate in 1961, according to Bonner and Segal. The schools were poorly equipped, with no science laboratories or sports fields, and often no library. Many children dropped out of school.

In 1976 the government introduced the compulsory use of Afrikaans as a medium of instruction from Grade 7 - then Standard 5. Circuit inspectors and principals received the directive: "It has been decided that for the sake of uniformity English and Afrikaans will be used as media of instruction in our schools on a 50-50 basis."

What this boiled down to was that maths and social studies were to be taught in Afrikaans, while general science and practical subjects like homecraft and woodwork would be taught in English.

Bonner and Segal suggest that one of the main reasons for this ruling was that television was to be introduced to South Africa in 1976 and, "Afrikaans-speaking conservatives feared that it would strengthen the position and status of English in the country."

It was also felt that black school children were becoming too assertive and "forcing them to learn in Afrikaans would be a useful form of discipline". Besides, the government argued, as it paid for black education, it could decide unilaterally on the language of instruction.

This was not strictly true - while white children had free schooling, black parents had to pay R51 - about half a month's salary - a year for each child, in addition to buying textbooks and stationery and contributing to the costs of building schools. The disparity in the government subsidy was telling: R644 was spent on each white child compared with R42 on each black child.

This was not the first time the government had tried to impose Afrikaans instruction on black school children (there was no similar ruling for white, English-speaking children). In 1953 Hendrik Verwoerd, then minister of native affairs (and native education), proposed the idea. However, it was unworkable at that time because of a shortage of teachers, a lack of Afrikaans textbooks, and "a grudging acceptance that pupils would have immense difficulty in coping with three languages as mediums of instruction", according to the Reader's Digest Illustrated History of South Africa, The Real Story.

Now, in 1976, pupils and teachers and principals opposed the ruling, for more or less the same reasons - teachers were ill-equipped to teach in Afrikaans, it being in most cases their third language.

When schools re-opened in January 1976, parents and principals were unhappy - some applied for an exemption from teaching Afrikaans, saying their teachers were not qualified to teach in that language. The World newspaper of March 5 reported, "Although most of the school boards have capitulated to the medium of instruction directive from the Department of Bantu Education, the teachers and principals are very dissatisfied."

Tensions over Afrikaans simmered in the following months. By June mid-year exams were approaching and pupils were getting restless - a meeting was called by student leaders on June 13. Nearly 400 pupils turned up and were addressed by 19-year-old Tsietsi Mashinini, "an extremely powerful speaker".

He suggested that the following Wednesday - June 16 - pupils gather in a mass demonstration against Afrikaans. This was agreed. What was also agreed was that parents should be excluded from these arrangements, for fear of them upsetting the plans.

Teboho Mohapi, a pupil, was looking forward to the day and taking everyone by surprise, simply walking out of the classrooms. Bonner and Segal quote him as saying, "They would just see us walking out of class and would try to stop us, and we would tell them, 'Wait, this is our day.'"

On the day, cold and overcast, pupils gathered at schools across Soweto. At an agreed time, they set off for Orlando West Secondary School in Vilakazi Street. Thousands of pupils met at Orlando West, streaming in from all directions. From there, they were to march to the Orlando Stadium.

"By 10.30am, over 5 000 students had gathered on Vilakazi Street and more were arriving every minute," records Bonner and Segal, going on to say that witnesses put the number much higher: "... over 15 000 uniformed students between the ages of 10 and 20 [were] marching that day".

Once at the stadium, the plan was to agree on a list of grievances, and then possibly to march to the offices of the Transvaal department of education in Booysens, in Johannesburg's southern suburbs.

This, however, didn't happen. Police formed a wall facing the pupils, warning them to disperse - an order that was met with resistance. Teargas was fired into the crowd and police dogs were released. Chaos reigned. Children ran back and forth, throwing stones at the police, who fired more teargas.

Bonner and Segal quote a student leading the march, Jon-Jon Mkhonza: "Students were scattered, running up and down ... coming back, running ... coming back. It was some kind of game because they were running away, coming back, taking stones, throwing them at the police ... It was chaos. Whenever the police shot teargas, we jumped the wall to the churchyard and then came back and started discussing again."

Then came the first shot - straight into the crowd, without warning. Other policemen took up the signal and more shots were fired. Twelve-year-old Hector Pieterson fell to the ground, fatally wounded. He was picked up by Mbuyisa Makhubo, a fellow student, who ran with him towards the Phefeni Clinic, accompanied by Pieterson's sister, Antoinette.

The World photographer Sam Nzima was on hand to record Pieterson's last moments. (The first child to be shot on the day is believed to be 15-year-old Hastings Ndlovu, in another march from Orlando East.) 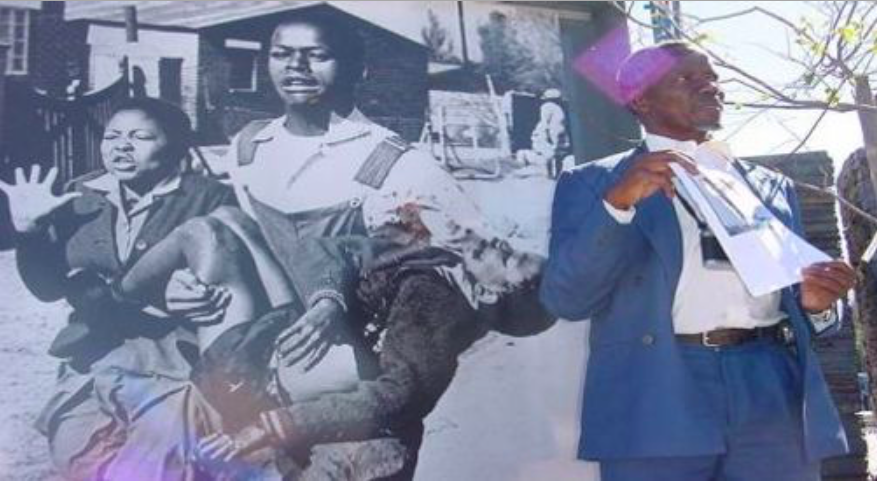 Sam Nzima in front of his iconic photo (Lucille Davie) 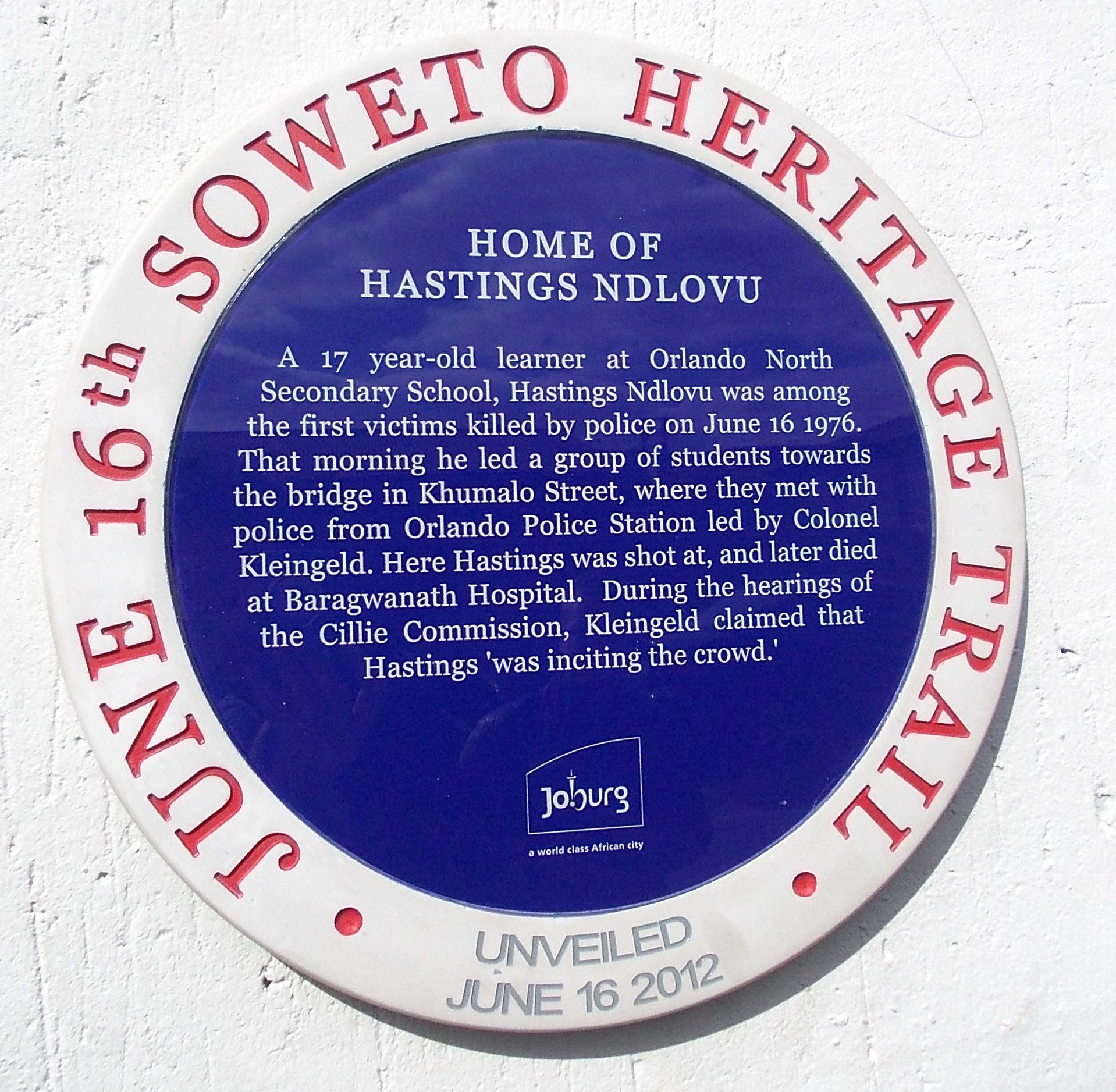 The photograph went around the world and Pieterson came to symbolise the uprising, giving the world an in-your-face feel for the brutality of apartheid.

Then all hell broke loose. Students targeted apartheid symbols: administrative offices, government buses and vehicles and municipal beer halls, which were first looted and then set alight. By the end of the day thick clouds of black smoke hung over the township, streets were littered with upturned vehicles, stones and rocks.

Anti-riot vehicles poured into Soweto, roadblocks were erected at all entrances, the army was placed on alert and helicopters hovered overhead, dropping teargas canisters. Later policemen fired from the air.

The injured pupils were taken to Chris Hani Baragwanath Hospital, some dying in its corridors, some dying at its gates, before they could be admitted, according to Bonner and Segal.

As night fell, the unlit township became even more terrifying: police could not see but just fired into the blackness, and students returned the fire with their own weapons: bottles and stones. The looted liquor was taking effect - people wandered the streets intoxicated, in a celebratory mood, raising clenched fists and shouting "Amandla!" (power).

The next day revealed the carnage: dead bodies, charred remains of shops and vehicles, and further clashes between police and pupils, joined by street gangs. Violence spread to another volatile Johannesburg township, Alexandra, and then across South Africa. By June 18, all schools in Soweto and Alexandra had been closed by the authorities.

Most of the victims, reports Bonner and Segal, were under 23, shot in the back. Many others were left maimed or crippled. By the end of the year about 575 people had died across the country, 451 of them as a result of police action, according to sahistory.org.za. While 3 907 people were injured, 2 389 of those injuries were caused by the police. About 5 980 people were arrested in the townships that year.

International solidarity movements were roused as an immediate consequence of the revolt. They soon gave their support to the pupils, putting pressure on the apartheid government to temper its repressive rule. This pressure was maintained throughout the 1980s, until resistance movements were unbanned in 1990.

School principals were almost immediately allowed to choose their own medium of instruction, a major victory for the pupils. More schools and a teacher training college were built in Soweto. Teachers were given in-service training and encouraged to upgrade their qualifications by being given study grants.

The most significant change, however, was that urban blacks were given permanent status as city dwellers. They ceased to be temporary sojourners in the cities, expected to return to the homelands, often inferior pieces of land far away from industrial centres and jobs, where they held permanent residence.

The law banning blacks from owning businesses in the townships was abolished. Doctors, lawyers and other professionals were now also allowed to practise in the townships.

But there was a sting in the tail of these measures: the police were given powers to detain people without trial. The result was the detention of hundreds of people in the coming months. They were subjected to torture in a desire to confirm the government's version of events: that the unrest was caused by a number of agitators.

Also, thousands of young people left the country, disillusioned with the government crackdown and harassed by the police. They never finished their education, choosing instead to go into military camps and receive training. Some were then infiltrated back into South Africa over the next decade, to perpetrate acts of sabotage. This was part of the steady onslaught against apartheid that finally broke its back towards the end of the 1980s.

Most of the exiles returned home in the early 1990s, to celebrate the birth of democracy in 1994.