The tree with the most historic significance in old Nelspruit 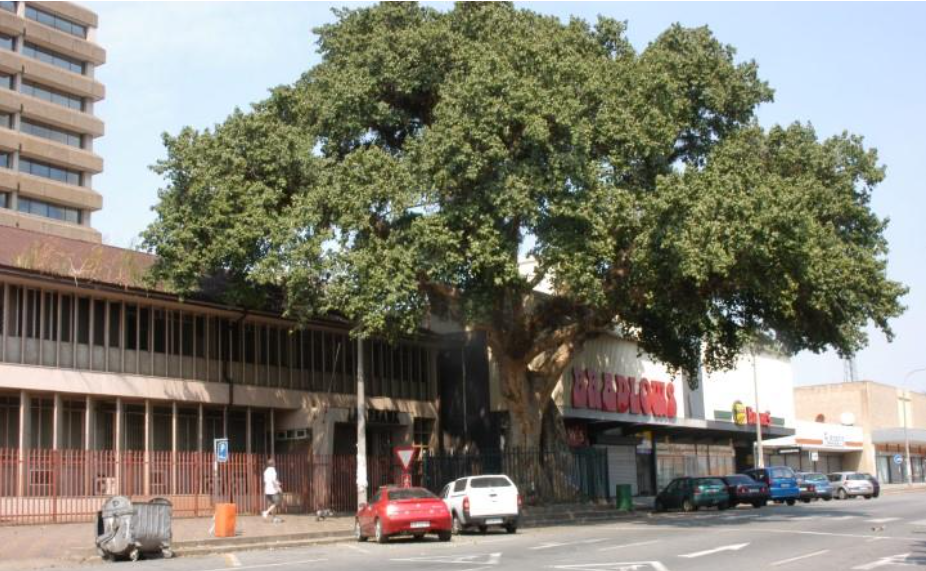 The wonderful story below appeared in the Nelspruit Post on 21 February 2018. Thank you to the team from Mpumalanga Heritage and The Lowvelder for giving us permission to publish.

Last week a lot was said and much was speculated about the large sycamore fig in front of the old Land Bank building in Bester Street in the old town centre. The tree stands well preserved and cared for in an enclosure of its own, and not without reason. This was to protect what is without a doubt the tree with the most historic significance in old Nelspruit - and to my mind in the whole of Mbombela. This was after some readers contacted us to remind us of a discovery once made under the shady leaves of that tree, which sent us to the archives of Lowveld Media, publishers of Nelspruit Post.

Not only was this indigenous tree rooted here long before the town of Nelspruit ever existed - before it was surveyed and laid out parallel with the old Eastern railway line, or Oosterspoor, between Pretoria and Lourenco Marques in the 1890s. For many years its generous shade was also home to the first smithy ever to open a business in the Lowveld.

When the Land Bank was built in the early 1950s, this modern and cleverly designed two-storey building, with window screens constructed at an angle measured to screen off the harsh Lowveld afternoon sun, was set a few metres deeper from the sidewalk than its neighbouring structures to offer more space to this significant tree. With the building of a wide concourse in front of the Land Bank, the remains of this forgotten smith’s shop were found among the roots of this old giant. A huge pile of worn horseshoes, nails and other remains of a once-busy ironworking operation were dug up.

Looking at older photographs of the Nelspruit city centre, the tree was first recorded in an aerial picture dated from the mid-1930s. This must have been more or less the time when the smithy abandoned his activity here, with the area getting built up by dwellings, as well as the arrival of the motor car.

Oldest known picture of the Nelspruit Sycamore Fig via the Lowvelder.png 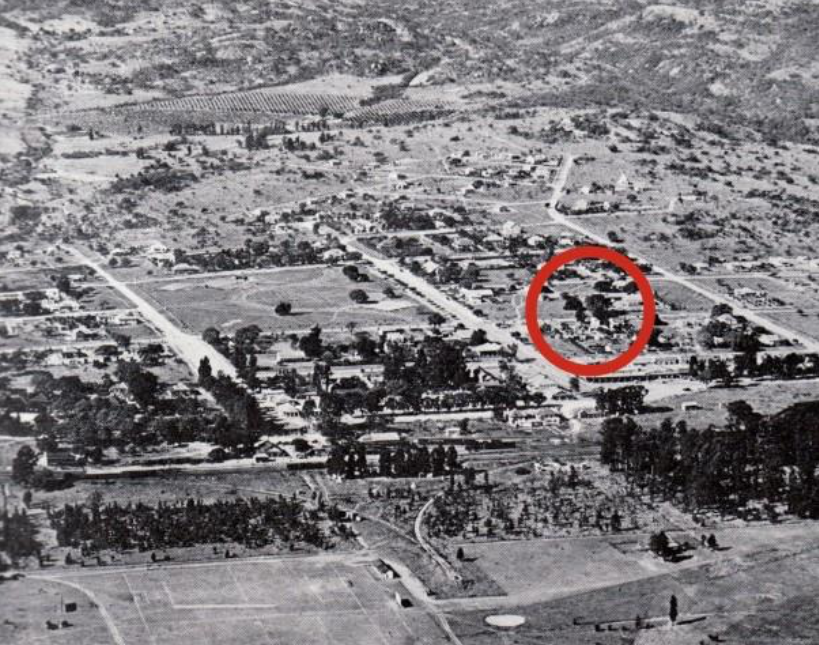 Oldest known picture of the Nelspruit Sycamore Fig via The Lowvelder

“I am not sure of the age of this incredible tree, but a neighbour of mine worked at the Land Bank in 1962 and it was a big tree then,” said Peter Lawson, who took the time to research the history of this remarkable specimen. Normally sycamore figs grow on river- and streambanks, as they require a lot of water. The tree bears fruit throughout the year, with a peak from July to December, and the small figs are in close-packed clusters on small branches extending from the enormous stem and thick branches.

Whoever the smithy was and what happened to him in later years is not known to us. No exact dates exist. What happened to the archaeological remains is also not known.
This grand old tree remains one of the few bits and pieces left of the old Nelspruit, says chairman of Mpumalanga Heritage, Duncan Ballantyne. The original town had quite an informal start, developing around a train station and not around a church or marketplace as often is the case with towns founded by Europeans in southern Africa.

Discovery of horseshoes underneath the historic Nelspruit Sycamore Fig via The Lowvelder.png 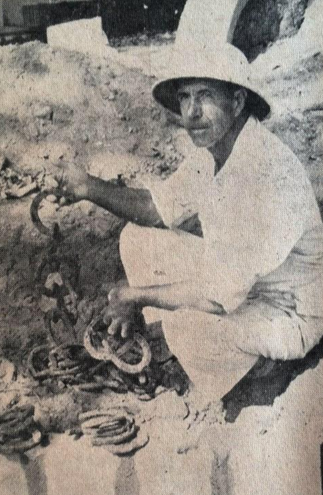 This photograph published in The Lowvelder of 1963 show the discovery of the horseshoes which was made about a decade previously.

Mpumalanga Heritage is in the process of marking sites of historical significance with internationally recognised blue plaques. This tree will definitely be a worthy bearer of one of these, said Ballantyne.

This was the site where the first informal European tradesman set up his anvil, pair of bellows and forge to become the first in line of a long lineage of industries over more than 120 years of European settlement, together with the railroad, bringing prosperity to these parts.