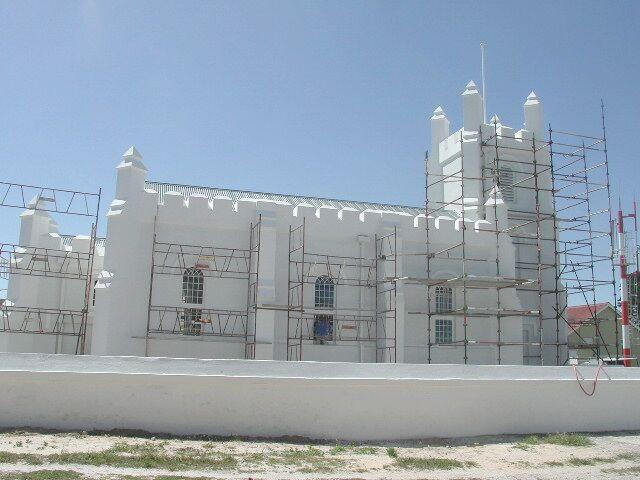 [Originally published in 2014] I ask some very simple questions when doing research and writing subsequent reports for restoration, renovation, repair or, maintenance on a heritage site. What, Where, When, Who, Why and How [the golden six]. I often find that the Why and How is missing or very brief when reports are written before and afterwards. This complicates things of course so reading between the lines becomes an art. The 2004 restoration by all accounts was reasonably well documented and from what can be inferred was researched but the why and how seems to be a little thin. Most of what follows is gained from the photo’s taken at the time of the restoration and the restoration architect's final report [too thin in my opinion]. Regrettably no photos of the before could be traced if any were taken making comparisons difficult.

Planning the restoration and the survey of the Church was started in ca. 2000. By the time the actual work started 4 years later some elements had predictably deteriorated to the extent that they had to be completely replaced, like the main front doors. The what, where, when, who, why and how of this deterioration in 4 years of course has to do with the Department of Public Works but that’s for another day. 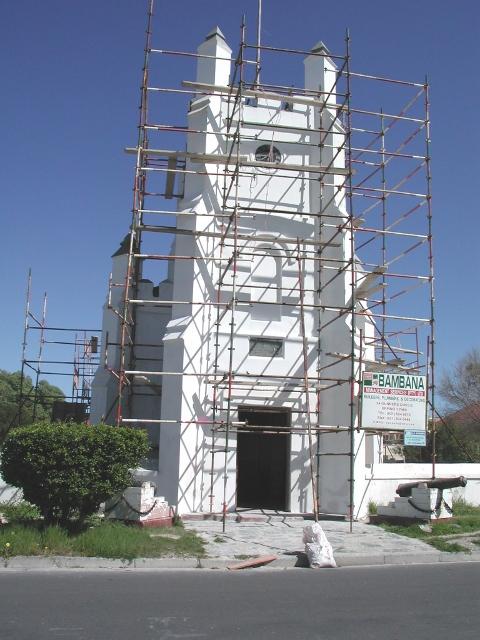 Contractors on site during the 2004 restoration

At the time Robben Island Museum [RIM] had constituted an advisory body called the Conservation Use Committee [CUC]. A conservation architect and a historian were part of this body. Clearly some of the recommendations of the CUC were not implemented or ignored and RIM also complicated things by threatening work stoppage if some of their expectations were not met. RIM expectations revolved around the ‘as at 1997’ policy which they had arbitrarily, in my opinion, put in place. This meant that any structure had to be frozen in time regardless of its architectural or historic significance.

When work started the architects noted that previous remedial work or maintenance had been incorrectly carried out or the wrong materials were used. An ‘as at 1997’ policy then becomes problematic. Predictably, as with any restoration, the condition of the fabric was worse than anticipated. A bit of basic research would have uncovered the World War II, 1964 and 1970’s attempts and some correlation and comparison could have been made. 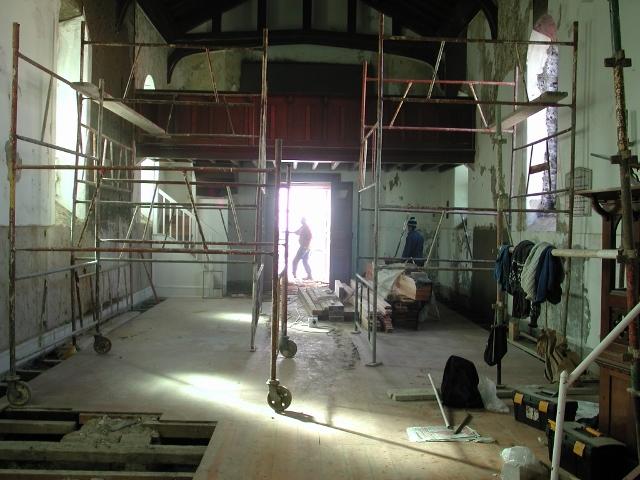 The ‘Canadian’ pattern asbestos cement roof was replaced with coated corrugated iron. The wooden box gutter with its lead lining was replaced. The gutters were clogged up with bird guano and other debris, especially the northern section. Most Robben Island gutters had turned into flower boxes because of poor cleaning and maintenance. I mention this here because it became an ongoing problem right up to my last visit in November 2013, but more later. Cast iron gutters were salvaged and replaced with like for like fibre glass. The original lead hoppers were retained but the architects report does not mention the fact that they are lead. The why is not clear since lead is poisonous like asbestos. When repair or maintenance is done it will be an issue dealing with it.

Large parts of the flat plastered areas on the outside had previously been replaced with cement plaster. Narrow spaces, parapets and mouldings were a combination of lime plaster and cement patching. Large sections of loose, hollow, badly cracked or deteriorated plaster were stripped to the brick. A weak ‘cementitious’ mixture was used to replace the stripped plaster. The why is motivated by the predominance of cement plaster. In my opinion it may have been more appropriate and advantageous given the soft substrate and the large stripped areas to apply a cement-lime plaster at this stage. An alkali resistant non-metal mesh was used to strengthen the plaster where structural repairs had been made. Parapet walls were plastered using a ‘cementitious’ mix with non-woven geotex fabric for future low maintenance.

The interior plaster was reported as unsound, was stripped and replaced. Water damage was very apparent from the ground up to the cills. Cills and reveals badly damaged by water were repaired. The extent of the water and damp ingress, in conjunction with obviously clogged gutters that had not been cleaned for a decade, should have set off alarm bells for further research. 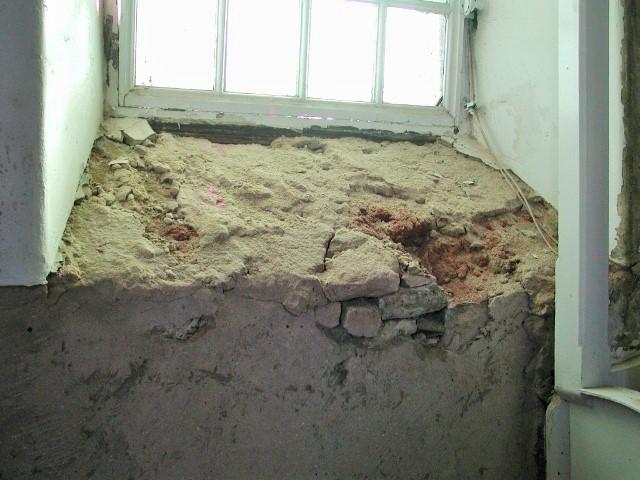 Wooden window frames were infected with dry rot. New windows made from Iroko with the Sacristy window as example were made and fitted. The frames were painted with a thixotropic paint with an expected seven year lifespan. Photographs show that the window frames, as expected from the 1800’s, are made of Oregon pine and that the main body of the frame appeared to be sound. Why Iroko? Considering that so much Oregon pine is in circulation from other developments. What happened to these original window frames? 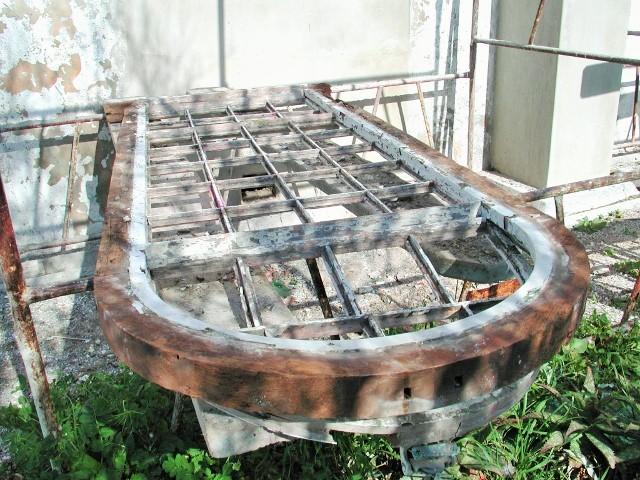 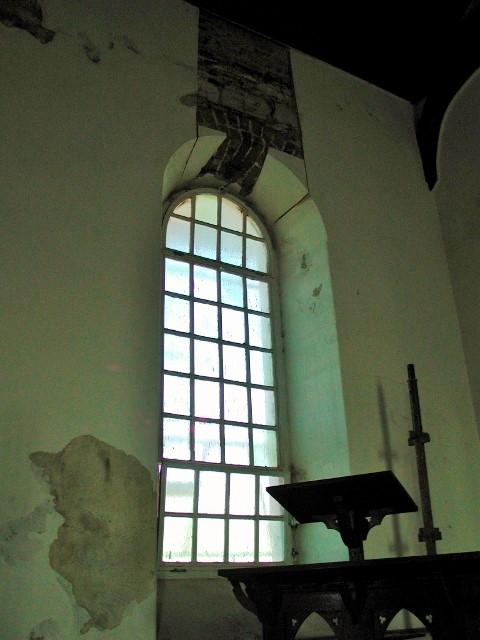 Underneath the floor boards physical evidence of previous restoration attempts of spilled plaster and rubble was found. This had blocked the ventilation below the floorboards. This aggravated water ingress with the concomitant rotting of floor joists and damp in the walls. 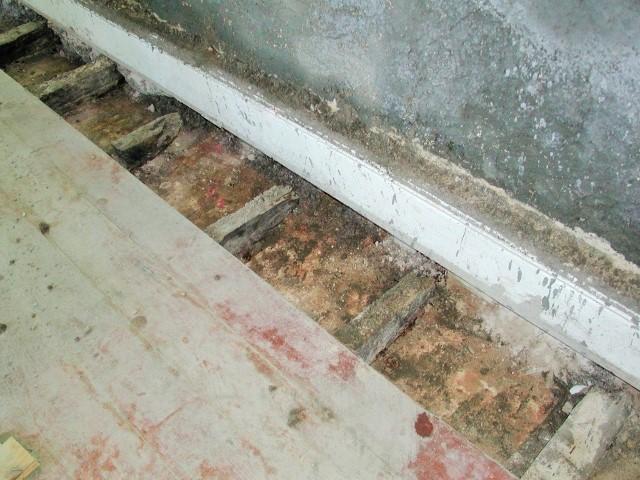 Rotting floor boards and damp in the walls

Graves were restored, the garden became a bed of sea shells and pebble lined pathways [why?], missing elements of the boundary wall were replaced and the cannon were rust treated and placed in their historic positions. More importantly the clock mechanism and bell were restored to working order. The clock mechanism and bell will become an issue as this series unfolds. 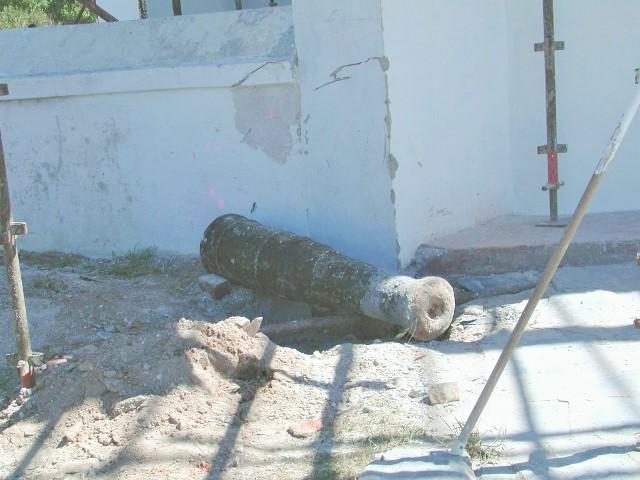 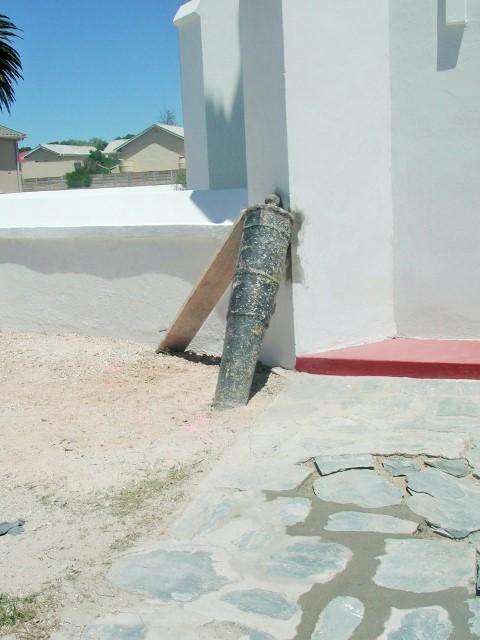 In conclusion I need to mention issues of authenticity and integrity so beloved of the World Heritage Committee. The golden six clearly, in my opinion, was not applied. Nor was the then Nara declaration on authenticity.

In the next part: Costly restoration goes horribly wrong!