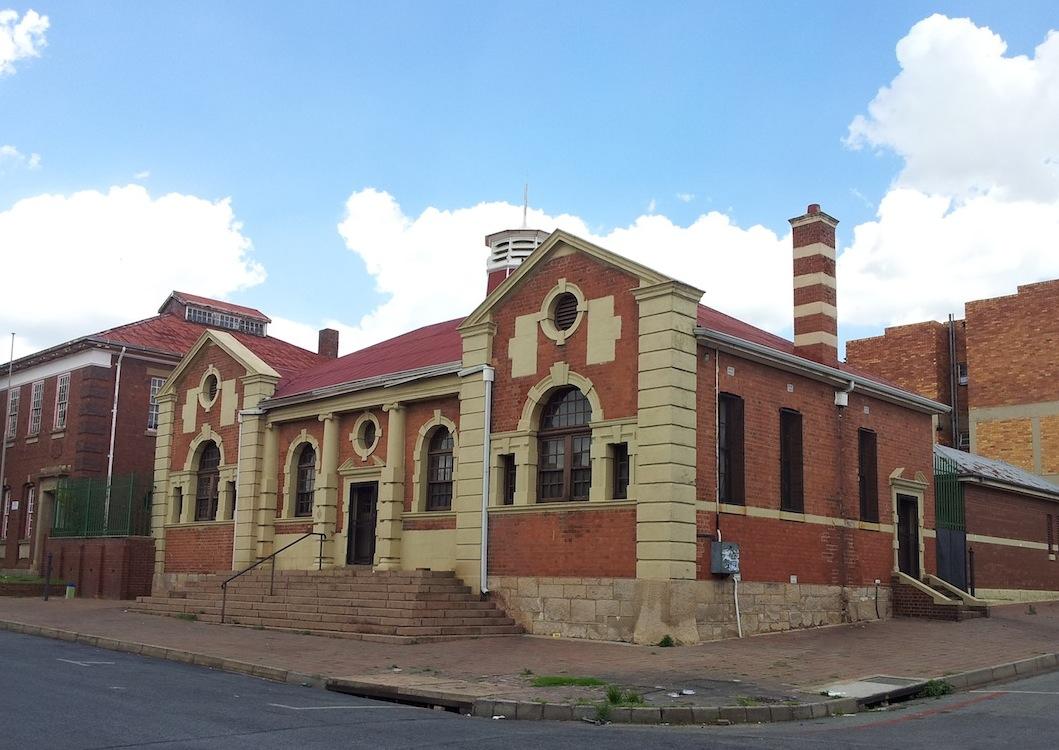 In the publication Boksburg 1903-4-1978-79: 75 Years of Municipal Government an unknown contributor reflected on the development of the town over seven and a half decades and asked ‘What was Boksburg like in 1903 when the first Town Council took office?’. Below is the answer to this captivating question.

Boksburg was sited on two sides of the valley which was dammed up to form the Boksburg Lake and its situation in the valley area made the town itself invisible from a distance when approaching it from Pretoria to the north, Johannesburg to the west, Heidelberg to the south or the Brakpan coal fields to the east.

In all directions it was surrounded by large farms, mainly Leeuwpoort in the south, Driefontein in the west and Klipfontein in the north.

From Johannesburg the train would have passed through Elandsfontein (now Germiston) station and entered the Boksburg district at Heidelberg Road Halt (now Angelo station), where the road from Heidelberg to Pretoria crossed the line. Then, after stopping at East Rand Station and Vogelfontein Station (now Boksburg) the train would arrive at Boksburg station (now Boksburg East), from where it was a short walk to the centre of the town along dusty open roads passing vacant blocks of stands.

From what is now regarded as the centre of the town at the corner of Commissioner and Hoofd Street (now Trichardts Road) a look around and a short stroll would take in the whole of the town of Boksburg.

North west from this point and the immediate left would be the market square (now Haig Park - the Town Hall grounds) and vacant land stretching down to a large dam of water (Boksburg Lake) with its islands and yachts sailing on it, and on the other side the railway line beyond which lay a large plantation of trees. A tennis court on the Market Square would be prominent.

To the north-east would be the first Dutch Reformed Church in Boksburg at the corner of Market and Hoofdt Street and away in the distance the remains of the various collieries which had been the Boksburg Coalfields.

All along the northern horizon stretched a string of gold mines extending from the New Blue Sky in the east as far as Driefontein in the west, including amongst others such names as Cason, Comet, Angelo and Agnes Munro, together with their various shafts, headgear, rock dumps, batteries and machinery. 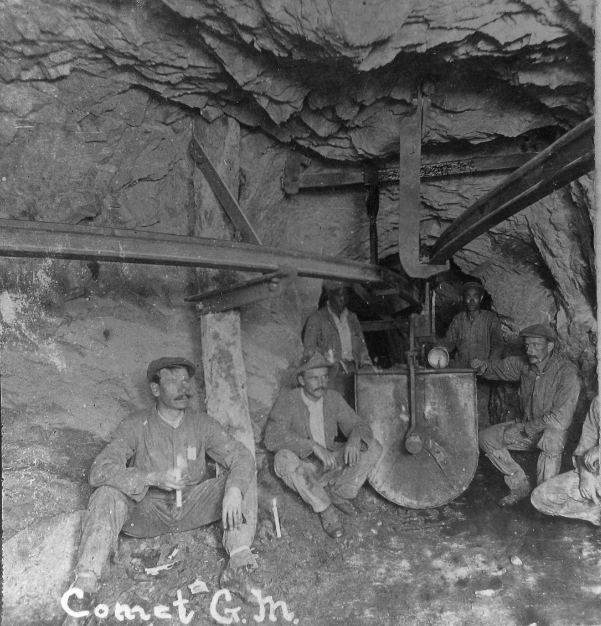 Inside the Comet Mine

Close by on the Market Square was the borehole from which the inhabitants came to collect their drinking water when their rainwater tanks ran dry.

A stroll about the town along its few dusty unmade roads would pass the various shops, and particularly the buildings of the Commissioners office, the Post Office, Masonic Hotel, Grand Hotel, Central Hotel, Kilfoil’s Hotel, Nobby’s Bar, the wood and iron assembly hall in Station Street, the wood and iron municipal office and Council chamber in Smit Street (now Rondebult Road) and close to the dam wall of the lake the stone gaol building.

Across the dam wall towards Johannesburg was the western part of the town known as Vogelfontein, comprising, in addition to houses, the Government office building which included the Magistrates court overlooking President Square (also with its tennis court) and close by the Transvaal Hotel and the Police Station, both close to Vogelfontein Railway Station. According to census figures at the time, there were in Boksburg and Vogelfontein 422 occupied and 31 unoccupied buildings and 7 in course of building.

All along the north side of the railway line but some distance from it was an overhead electric power line from the Brakpan coal fields to Johannesburg. 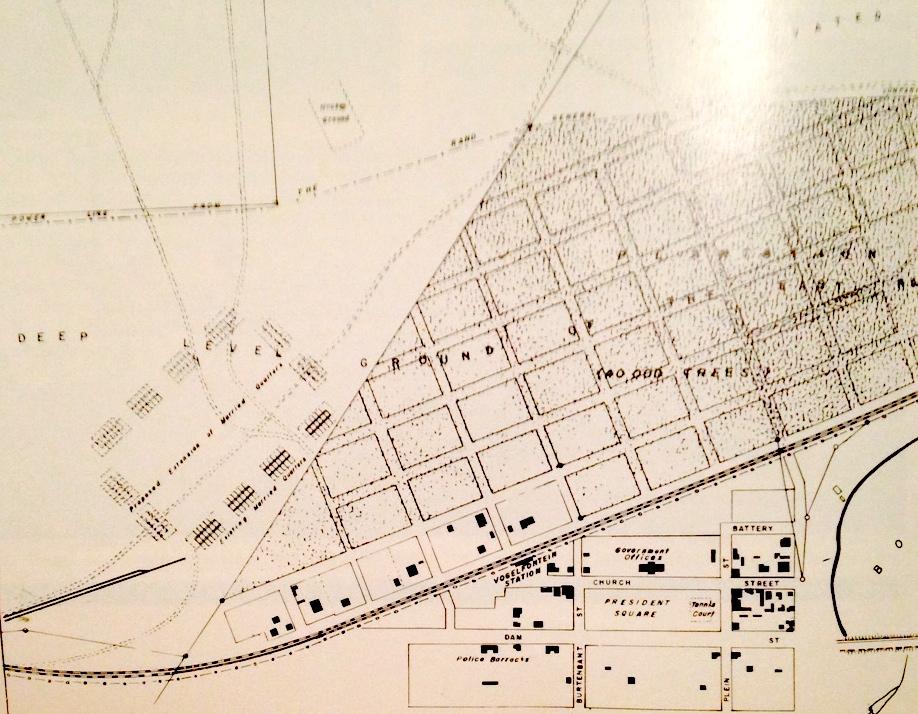 Concerts and musical performances were frequent and there was a Town Brass band, while on the sporting side there was tennis, cricket, hockey, soccer, cycling, athletics, yachting, rowing and swimming championships on Boksburg Lake.

Beautiful Boksburg - The Pleasure Resort of the Rand - 75 Years of Municipal Government.jpg 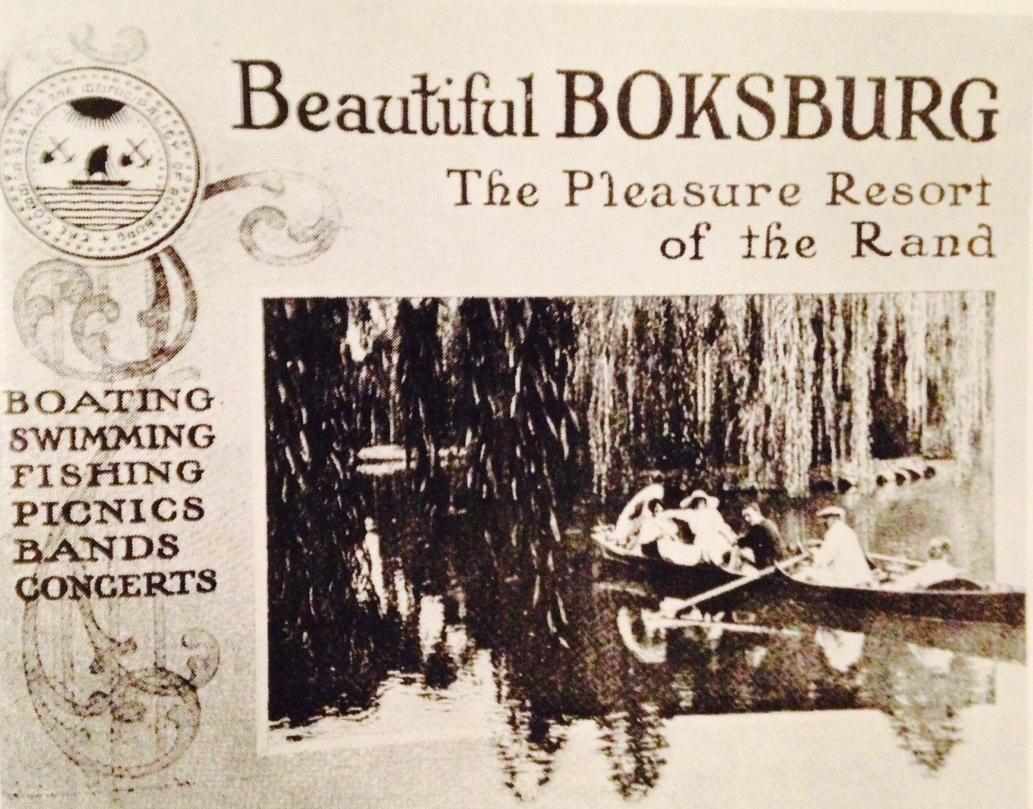 A Literary and Debating Society was active and lectures by visiting speakers were popular.

Serving the town were printers, chemists, plumbers, builders, carpenters, blacksmiths, farmers, millers and many other trades and occupations.

Various churches, such as the Dutch Reformed, Anglican, Presbyterian, Methodist and Catholic served the community but not all of them had been built by then. There was as yet no synagogue building to serve the Jewish community but services were held in a small wood and iron shul on the corner of Hoofdt and Montagu Streets.

There was no high school in the town and primary education was apparently confined to a school conducted by a Mrs Ziervogel.

The only newspaper at the times was the East Rand Express, published every Saturday by George Constable with William Hills as editor, covering all the towns on the East Rand and not only Boksburg - its motto was “Nothing extenuate, Nor set down aught in malice.”

On the higher levels of Government, neither the Provincial Administrations nor the Union Government had come into existence and all Health Boards and municipal councils were controlled by the Lieutenant-Governor of the Transvaal colony. 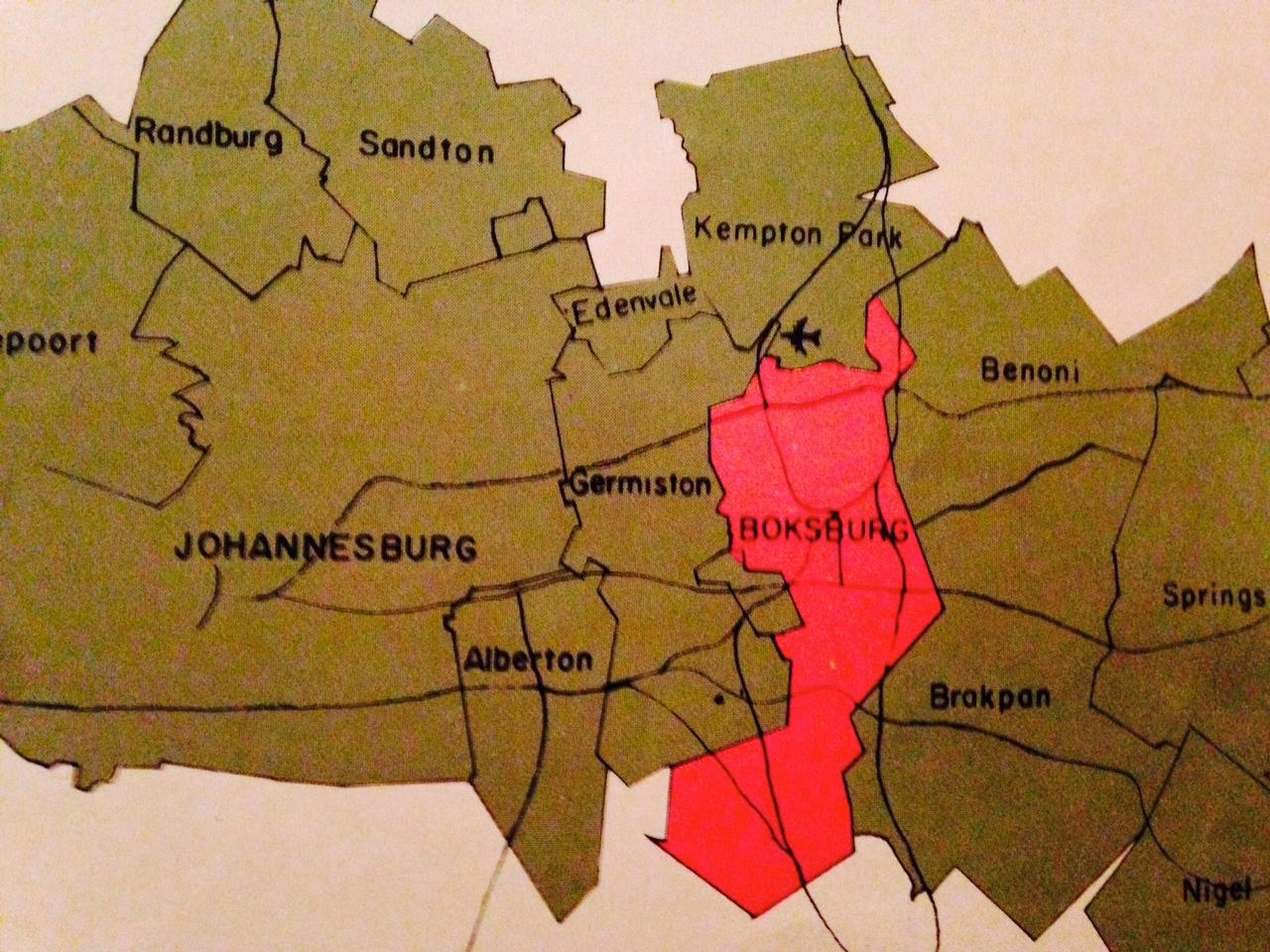