The Father of East London's House 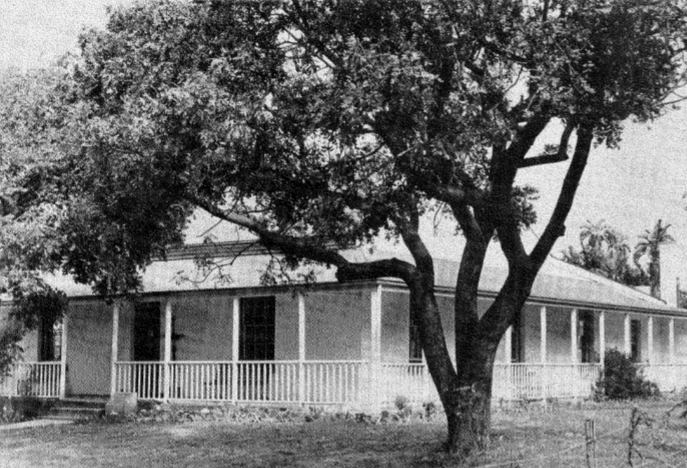 The last few years have not been kind to the Gately House Museum in East London. Due to ongoing security problems the museum is no longer open to the public and artefacts have been relocated for safekeeping (click here for details). Despite the depressing current situation it is fascinating to look at some of the history of the house and the battle to save it a half a century ago. The article below appeared in the 1975 edition of Restorica, the journal of the Simon van der Stel Foundation (today the Heritage Association of South Africa). Thank you to the University of Pretoria (copyright holders) for giving us permission to publish.

Seen within the context of the history of the Cape Colony's eastern frontier, East London, founded in 1848, has a relatively short history. Beginning as a military settlement on the west bank of the Buffalo River, it remained under military government until 1860.

The arrival in 1858 of the German settlers and the granting of land to some of them on the east bank of the Buffalo gave rise to the village of Panmure, named after the then British Secretary of State for War. In 1877, the English writer, Anthony Trollope visited East London and described it thus: "At present East London is not a nice place. It is without a pavement, almost without a street... Opposite to the town of East London on the east bank of the Buffalo River, and connected with it by ferries, is the township of Panmure. At Panmure there has gathered itself together an unpromising assembly of stores and houses."

It was to the young town that John Gately, an Irish immigrant who had enlisted in the 60th Regiment of the Royal Rifles in 1847 and seen service in the Frontier Wars between 1851 and 1853, came in 1860. He settled on the west bank but in in 1876 purchased a one acre lot in Panmure on the east bank; his new property had originally been granted in 1862 to one, Charles Vix, Surgeon to the British German Legion. In 1878 Gately had a house built on the lot, which is situated on a wooded knoll overlooking the river and its harbour. From this home he was to develop and exercise an increasing influence over the civic, political, cultural and commercial affairs of the little town, particularly after it became a municipality in 1880. He became the first Chairman of the Civil Commissioners to hold office, second Mayor, Justice of the Peace, member of the hospital, harbour, licensing and land boards; member of the divisional council and director of a building society. He was also a president of the East London Choral Society and a trustee of the public library.

Gately's local influence brought him into contact with leading public figures of the day, not only men in the same town but also those in colonial politics and other prominent personalities. Thus it came about that he entertained in his own home such personalities as Sir John Molteno, first prime minister of the Cape Colony, the Governor Sir Bartle Frere, Sir Gordon Sprigg, another Cape prime minister, and Lord Roberts, commander-in-chief of the British forces during the Anglo-Boer War. As the Gately Papers, now in the East London Museum, show, he wielded his influence and patronage in the interests of the city, so that he came to be known as 'the father of East London', until his death in 1902.

This is the background to his home which, with its original contents is today, under the control of the East London Museum, a Town House Museum and a National Monument (declared in 1973). That it should have gained this status is a tribute to the persistent efforts of the Trustees of the East London Museum and the members of the Border Historical Society, for when negotiations with the authorities began in 1961, Gately House was due to be demolished to create a municipal parking lot.

John Gately had a family of twelve children. The last survivor lived in the house for her whole life. In 1958 when in declining health and at an advanced age, this daughter, Margaret Gately (who died in 1966), sold the house to the East London Municipality. She was keen that it be preserved as a monument to her father and, in order to facilitate this, presented to the East London Museum the entire contents of the house, on condition that the building itself was preserved to house them.

This led to a battle, not so much against the local authorities (who in the end sold the property to the museum's Trustees for a nominal sum) but against the Provincial ones who were unwilling to allow the museum to take on an additional potential financial burden. After negotiations lasting almost two years, the Administrator's permission was obtained, on condition that the necessary repair and restoration work be carried out at no cost to the Administration.

Fortunately no structural restoration was necessary, but the amount required for reroofing, plastering, painting, wallpapering and incidental costs still required a considerable outlay. This was accomplished by the combined efforts of the museum and Historical Society personnel and the official opening was performed on 1st April, 1967, by the then Provincial Secretary of the Cape, Mr A J B de Klerk.

We pass on now to consider some of the structural details of the house, its contents, other buildings on the property and general features of the building as a museum. Construction throughout is of brick, under a pitched roof of corrugated iron. At some undetermined date the original parapets at the end gables were removed and the roof extended over the full width of the pitch. An early photograph of the house reveals a verandah on the facade only. Later the verandah was extended along both sides. All windows, with the exception of a casement in the original kitchen, are of the double, sliding, sash type. Some of the rooms still retain floors of narrow yellowwood boards (as no records have been found of alterations carried out during the Gatelys' occupation, there is no indication whether all floors were originally of this wood), while ceilings are uniformly boarded. Five of the six rooms open to the public have fireplaces; in four of these the fireplaces are in a corner position. Opening off a central passage are a parlour on the left and a study on the right. Further along, two bedrooms open off left and right of the passage, which ends in the large dining room; this in turn gives access to a small pantry. All these rooms are furnished with the original contents, all of the Victorian period. They are the characteristic large, solid pieces mainly in mahogany, walnut and rosewood. 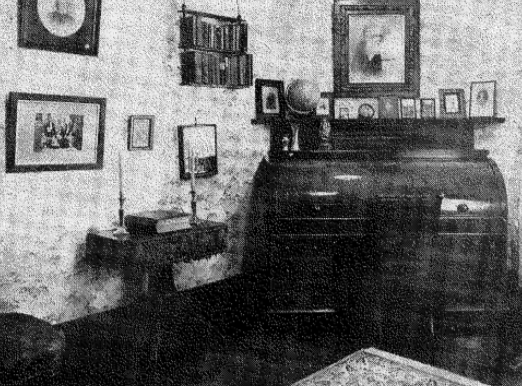 The Study (with a photo of Gately above the desk) 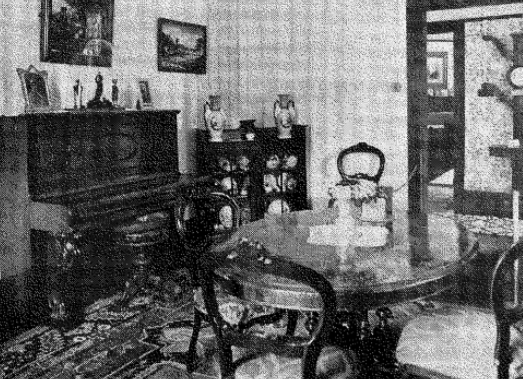 In this business as a Forwarding and General Agent, John Gately was in a position to import his furniture easily from abroad. The only pieces certainly of South African origin make up the set of stinkwood dining chairs which are placed around the vast and impressive mahogany table which seats sixteen people at a meal. A feature which lends authenticity to all the rooms is the inclusion of most of the Gatelys' ornaments, pictures, china, glassware and personal momentoes of their travels abroad and of the eminent guests they entertained. Beyond the dining room are several rooms which had been somewhat changed by Miss Margaret Gately and which are now part of the quarters occupied by the curator. These include the original kitchen (still with recess for. a stove), a small sitting room and an enclosed verandah, as well as Miss Gately's own kitchen which is part of a small wing added in 1929, when a bathroom was also built. 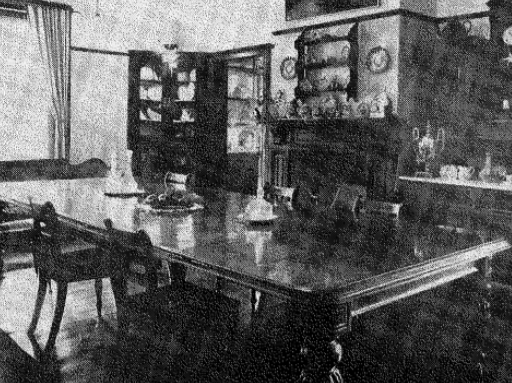 Apart from the main house there are two other buildings on the property. Immediately next to the 1929 wing is a small, two-roomed wood-and-iron building erected in 1901 to accommodate refugees fleeing from the scene of the war in the Transvaal. At the end of the grapevine pergola leading from the back door of the house is a two-roomed brick building under a corrugated iron roof. One room contains John Gately's built-in desk with bookshelves above it and is also shown to visitors. The original use of the other room is not known.

The original one-acre lot purchased in 1876 no longer exists as a unit. After the sale of the property to the East London municipality, the old orchard was used for a parking lot but the existing grounds of the house are still spacious enough to provide a fine setting among the well established indigenous and fruit trees. These all date from the Gately period. The remains of an outside bake oven stand in close proximity to the house.

Since assuming responsibility for Gately House, the Trustees of the East London Museum have observed certain criteria in order to preserve the old house as nearly as possible in its original condition. Above all is the requirement that it be kept as unpretentious as it was in the Gately era. They have been careful to add or remove none of the original contents. The arrangement of furniture, ornaments and other objects has as far as possible been retained as the last occupant had them. Daily cleaning and the renewal several times a week of the flowers which decorate every room, are a regular procedure. The comments of visitors seem to confirm the success of these measures, for they are often heard to remark that they have the illusion that the owners have temporarily left but are soon to return.