The Old Court House - A Link with Early Durban 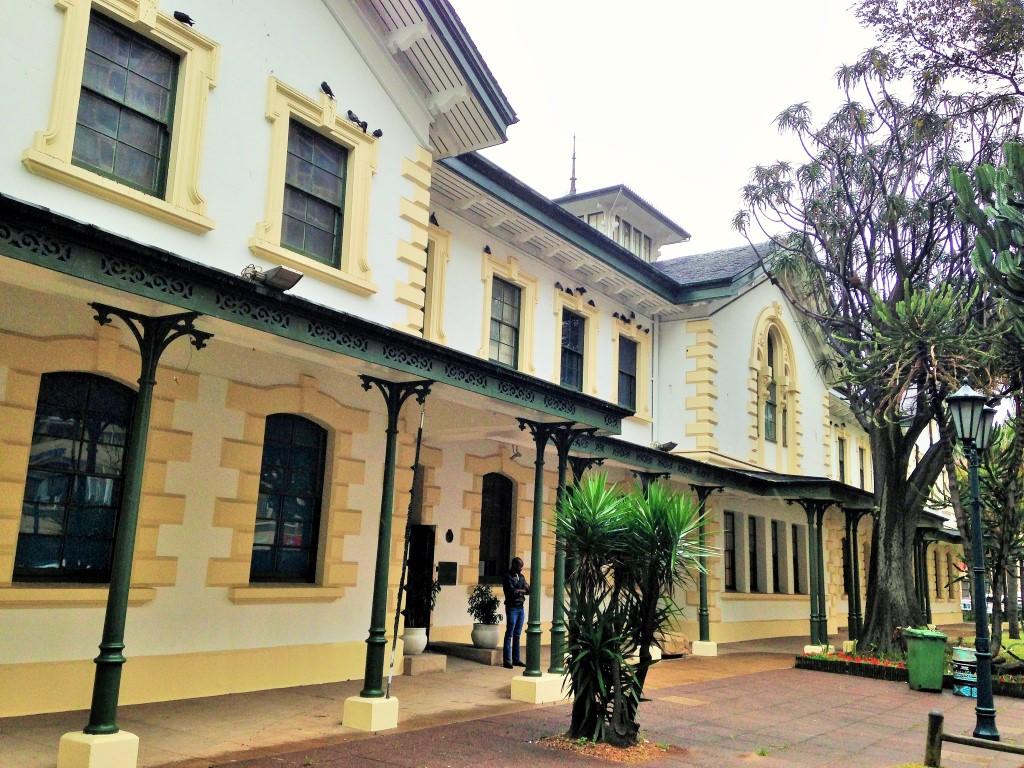 The Old Court House Museum is one the oldest buildings in the Durban CBD. It was built in the mid 1860s and has seen its fair share of history as revealed in the following fascinating article by G.W. MacDonald. The article first appeared in Bulletin, the journal of the Simon van der Stel Foundation (today the Heritage Association of South Africa).

Here is a link with early Durban which might well be saved and which - while in itself an object worthy of preservation from a cultural point of view - could be put to valuable use as a museum for, perhaps, the overflow of the wonderful collection of relics held by the Durban Old House Museum in a building which is far too small to display the 10,000 or so items entrusted to its care. It might, in conjunction with such use, also become the repository of collections by various professional bodies, scientific and art organisations, and other cultural associations; for is this not the time for the law societies, accountants societies, architectural associations and many other organisations to collect for preservation and display, relics of early endeavours in their respective spheres - all of which, together with contemporary records, will in time be historically invaluable? The Old Court House would indeed make a fine venue for such a museum. 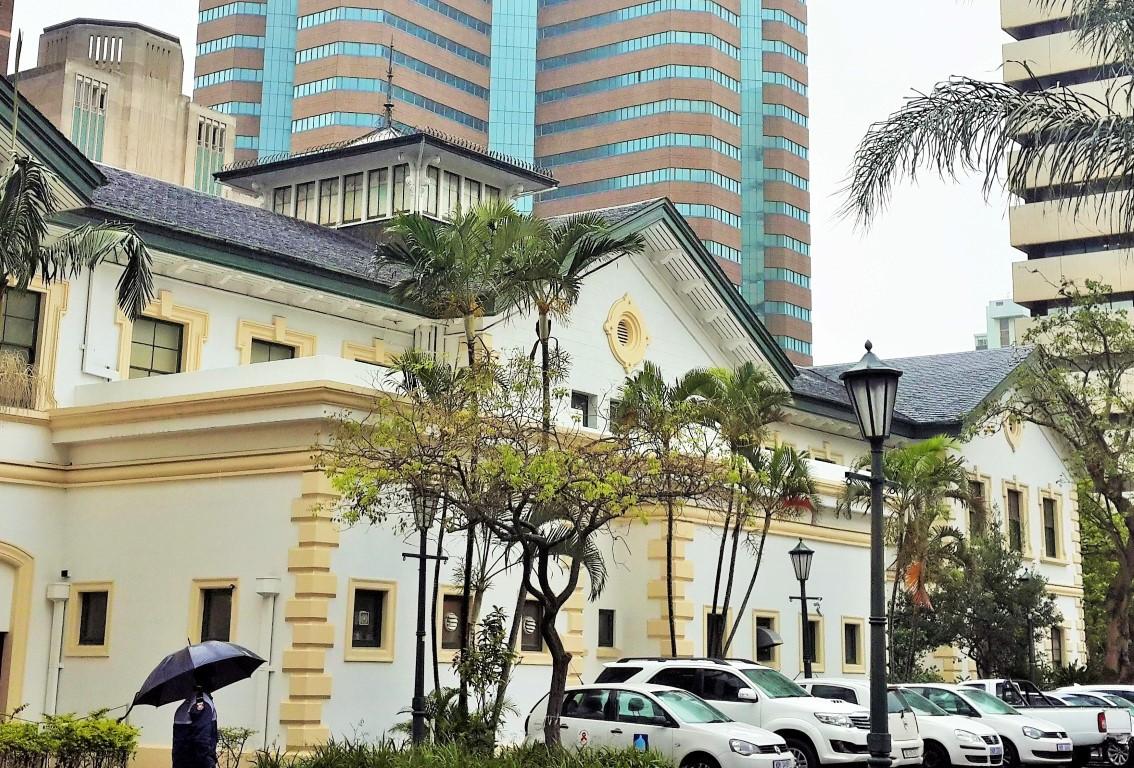 It was early in 1865 that the Colonial Government of Natal decided to proceed with the erection of the first Government offices and Court House in Durban on the site reserved for Government purposes on the eastern corner of the Market Square facing Aliwal Street.

This decision provoked considerable controversy, as it was felt that as the town was developing westwards, the Government buildings should be constructed on a site which would better serve the inhabitants in the western area of the town. The Chamber of Commerce memorialised the Town Clerk to approach the Government with a request that the proposed buildings be erected on the western corner of the Market Square (where the City Hall now stands) instead of the chosen site, and the Town Council duly offered to Government the site of the present main Post Office (originally the Town Hall) which was then a vacant island plot with frontages to West Street, Gardiner Street, Church Street and Pine Terrace. Thereafter there ensued a fierce struggle between the residents of the western end and the eastern end of the town, memorials and counter memorials being presented to the Government by opposing parties and ultimately the Town Council set aside two days for the purpose of calling a poll of ratepayers to decide this site. The site originally chosen was finally selected and tenders were called for the building on designs prepared by Mr. P. Paterson, Colonial Engineer, and the contract was awarded to a Mr. Freeman of Pietermaritzburg. Building work began in September 1865, and by April 1866 the Court House was completed. 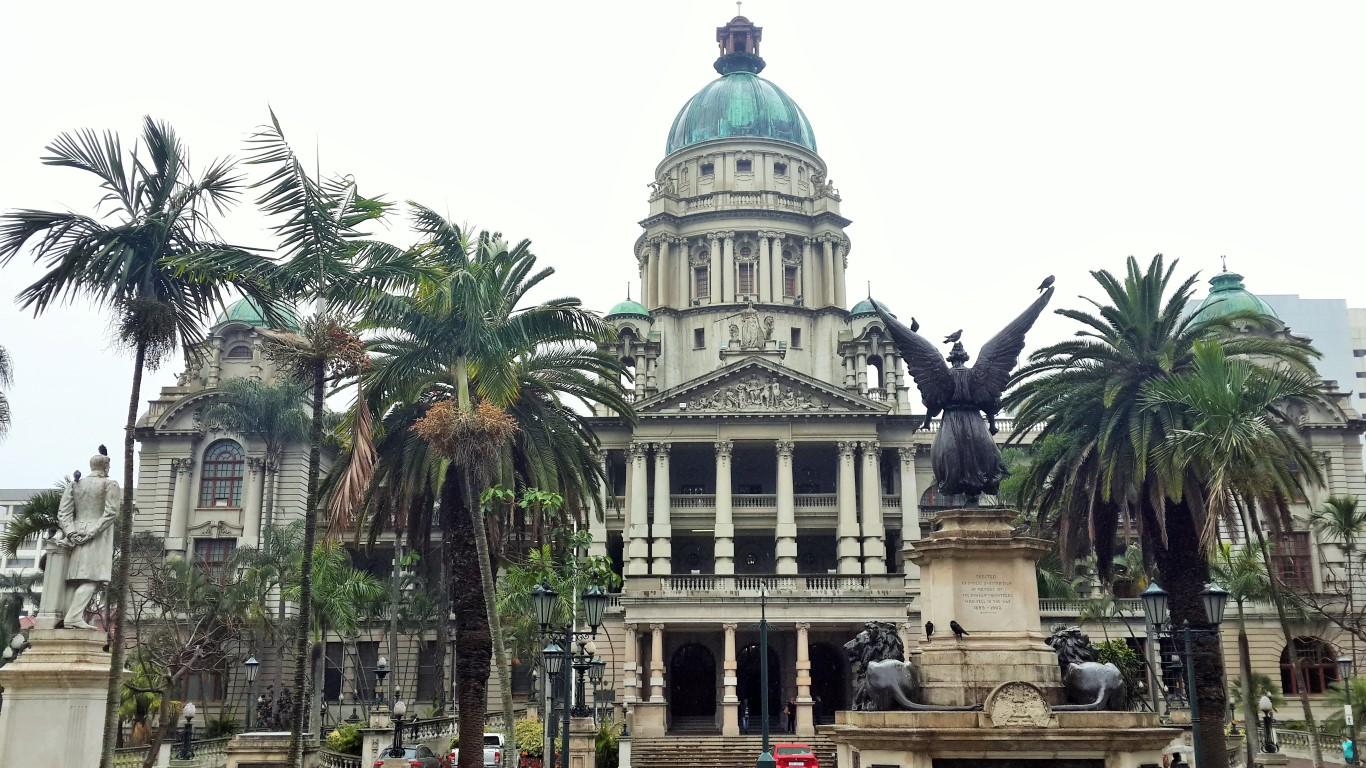 The Durban Circuit, presided over by Chief Justice Harding, commenced on April 25th, 1866, within the new public building and His Excellency Col. Bisset and other pubic functionaries were present at the opening of the Court. It was the general opinion that the new Government offices in Durban formed the finest pile of buildings yet erected in the Colony.

The building with two wings added to it, continued to be used as a Court of Law until 1912, when the Courts were moved to the new and existing Law Courts on the Victorian Embankment, erected by the South African Government on the formation of Union.

No doubt many interesting stories could be told about the Old Court House. There is the incident relating to a certain learned Judge who, during the hot summer weather, found the hearing of protracted evidence a thirsty business and justification for frequent trips across the street. On more than one occasion he was missing from the Bench when Court resumed and search parties always moved in one direction where the learned gentleman was invariably run to earth in what was humorously referred to as ""His Lordship’s Larder.” That is how the Larder Hotel came to be so named. 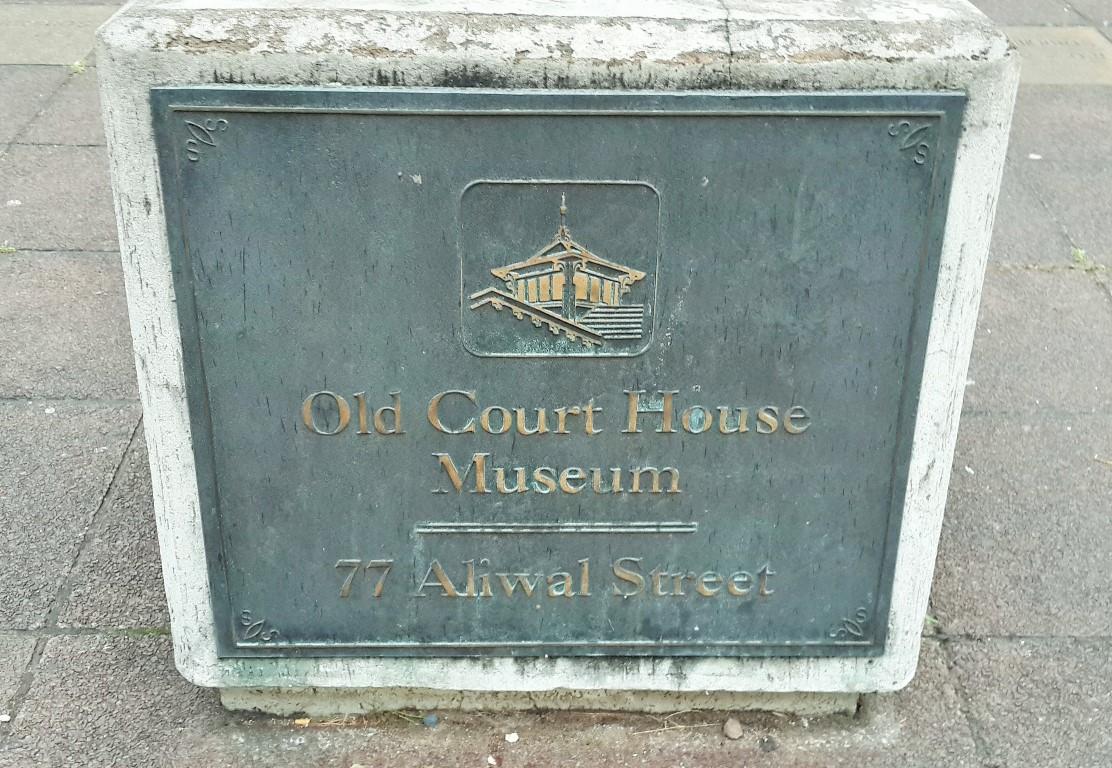 During the Zulu War in 1879 the citizens of Durban banded themselves in a force for the defence of the town. After the Isandhlwana disaster the Court House and other prominent buildings in the town were loop-holed for defence purposes and loop-holes in the Old Court House remained there for many years and were filled up in only quite recent times.

At the time and when the Corporation built the present City Hall on the remaining portion of the Market Square, the Corporation planned to demolish the Old Court House and lay out ornamental  gardens on the site to set off the imposing rear elevation of the Town Hall, but the rapid development of the town and the urgent necessity for the provision of office accommodation for Municipal staff influenced the Council at the time not to demolish but to alter the interior of the building to provide offices, etc. and the building has been so used for the past 50 years. Now, however, the old building is no longer capable of housing the vastly expanded Municipal departments which in the past have been accommodated there and there is very real danger of its demolition. The Simon van der Stel Foundation hopes the City Councillors of today, in their wisdom, will save the building from destruction and thereby earn the gratitude of the nation and posterity. [this duly happened] 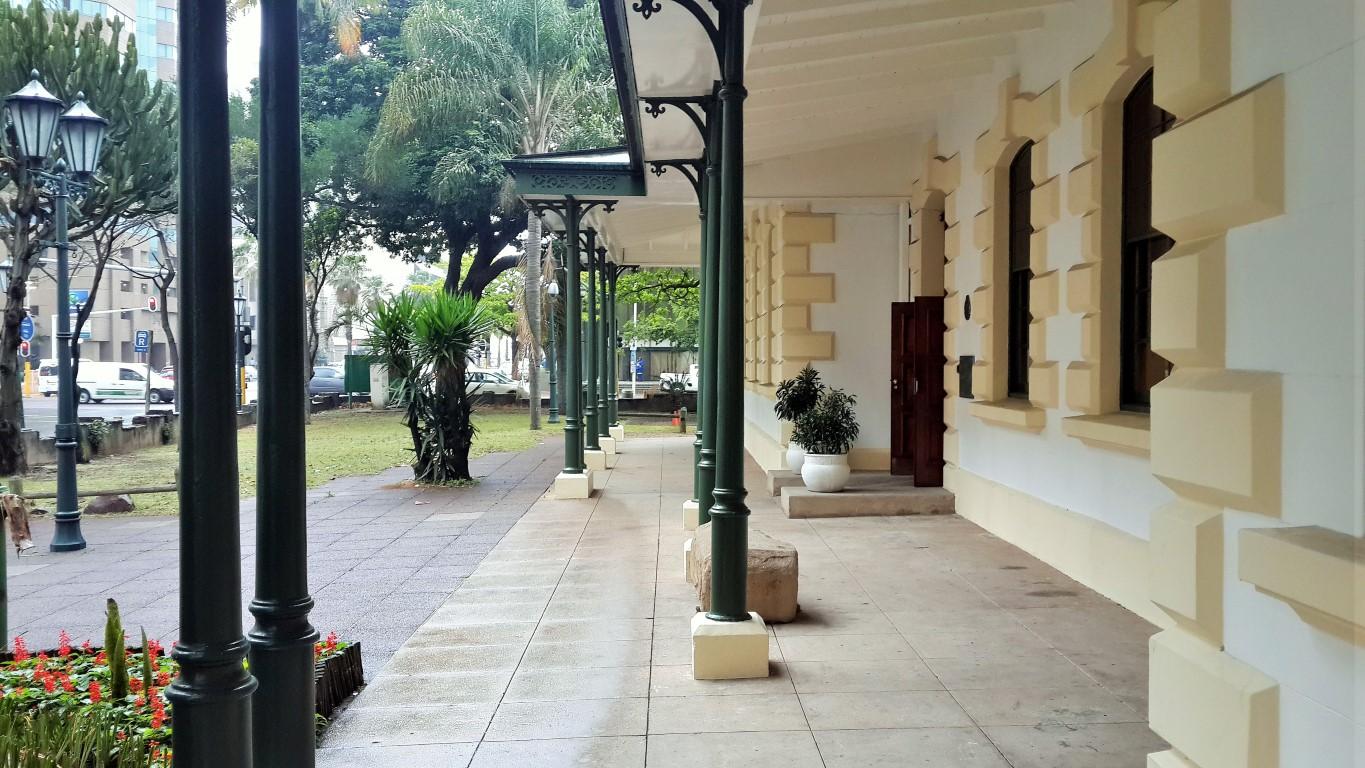