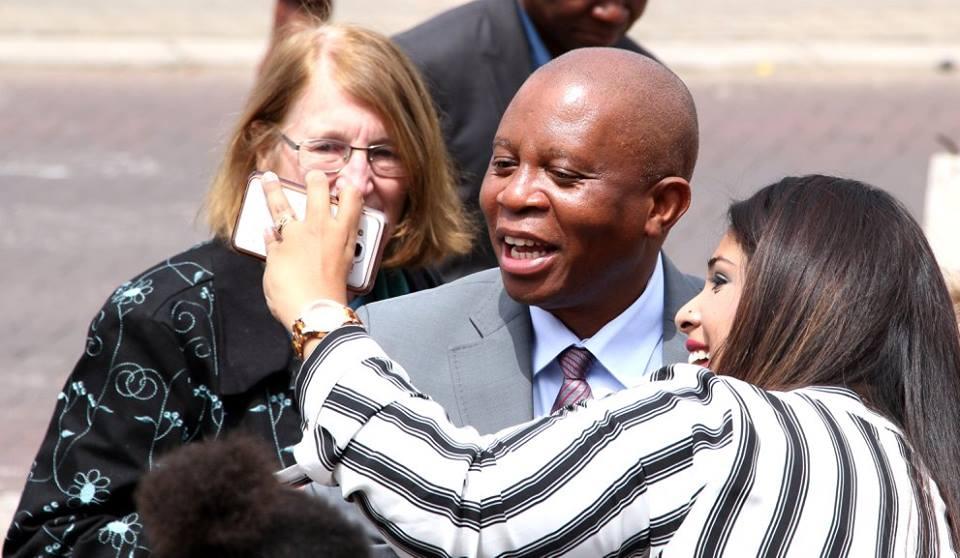 Johannesburg celebrated its 130th birthday on 4th October 2016 in great style with a memorable happy event organized by the Johannesburg Heritage Foundation (JHF) under the direction of its incomparable founder Flo Bird. The executive mayor, Herman Mashaba, as first citizen of Johannesburg was guest of honour at the birthday party held at Museum Africa in Newtown. Johannesburg city  Councillor, Nonhlanhla Sifumba, member of the Mayoral comittee responsible for Community Development was also a guest of honour. Children, cake, candles and a rousing Happy Birthday cheered Johannesburg into its 14th decade. 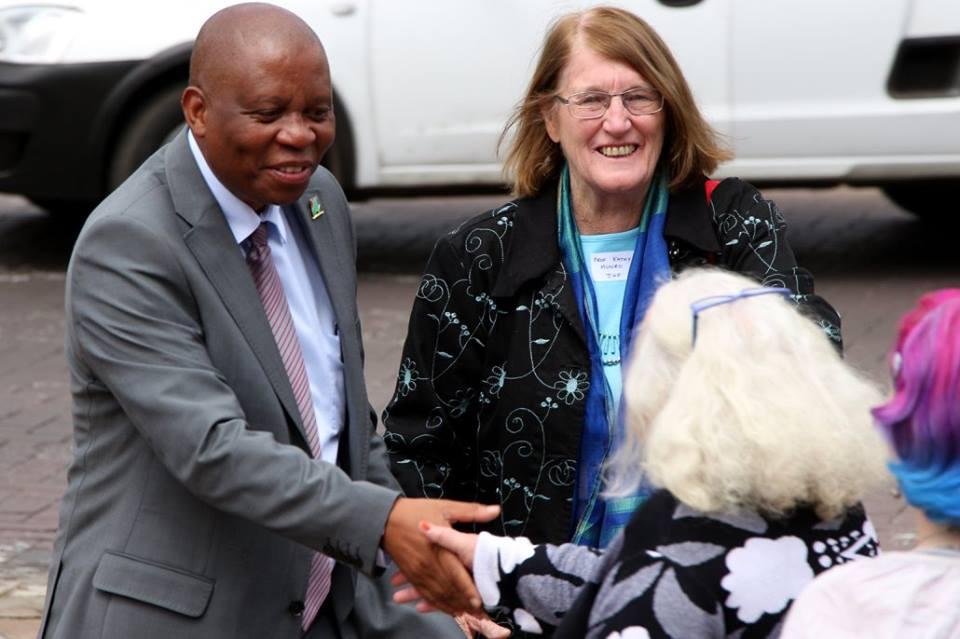 There were six birthday cakes with the 130 years marked in candles, with the principal birthday cake iced in city colours of  green and gold made by Win Job. 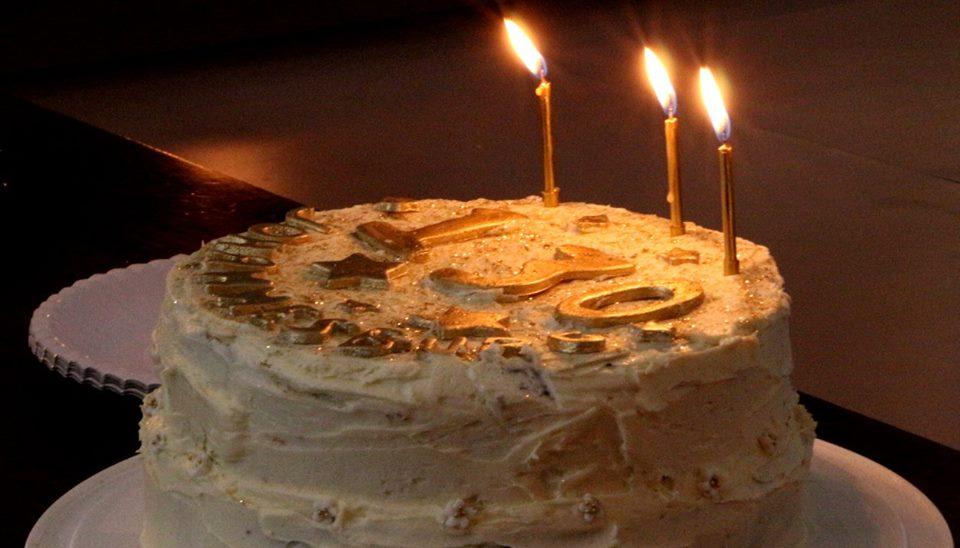 One of the birthday cakes (Gail Scott Wilson)

Museum Africa and the James Hall Transport museum as premier city museums were partners in the celebratory occasion. Children from two Johannesburg Children's homes, St Mary's Rosettenville were given tours of exploration of the museum under the guidance of Brenda Adams the educational director of the JHF.

The Geological museum of Museum Africa, under Kate James, gave the children a mining experience with the opportunity to search and separate different types of sand, stone gravel and pebbles in search of hidden gold.

Richard Cock was the master of ceremonies and joined the impromptu children's choir in singing Shozoloza for Mayor Mashaba and guests. Members of Photowalkers and The South African photographic society captured the highlights of the morning.

The James Hall Transport Museum provided a red double decker London bus and the Mayoral party was taken for a joy ride around Mary Fitzgerald square. 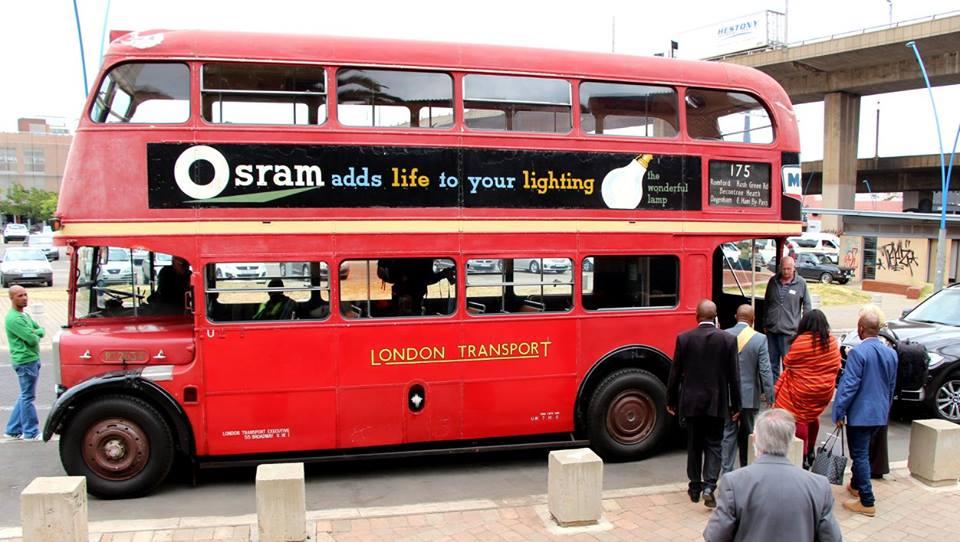 Our mayor as first citizen was given a warm welcome at the entrance of Museum Africa. His speech emphasized the commitment of the new city administration to Johannesburg's heritage. The old inner city is the Jewel in the Crown and the Mayor sees the opportunity to harness heritage assests for tourism purposes. 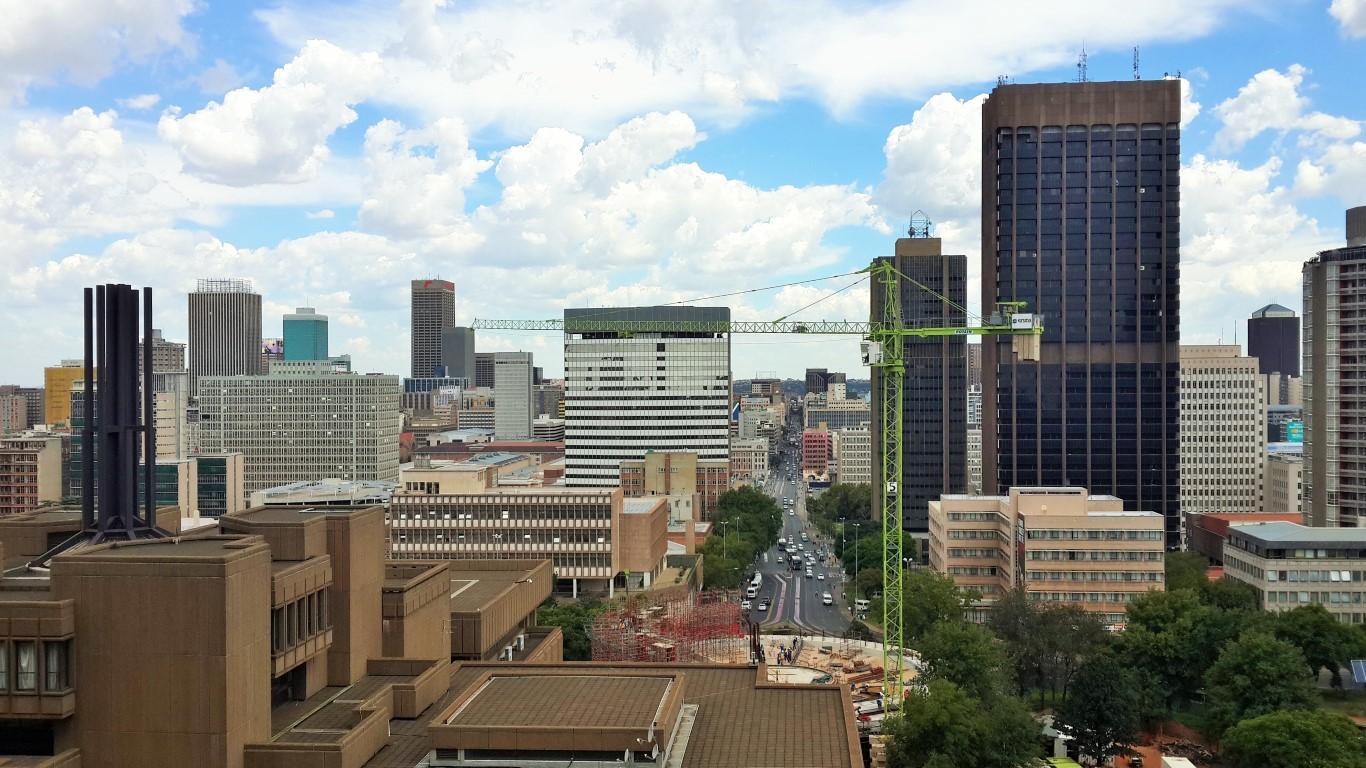 It was my pleasure as the Vice Chair of the Johannesburg Heritage Foundation to place a golden silk mayoral sash and silver and copper City crested commemorative medallion on the Mayor. This brought back memories and echoes of the original mayoral chain as a symbol of office; each year a small heraldic gold medallion was added marking the term of office of the mayor and, as that term was normally a single year (until the change in city administration after 1994 to executive mayors), the chain became very weighty and valuable. Mayor Harry Graumann was the first to wear the mayoral chain. Sadly the chain was stolen and presumably melted down and only a small portion recovered.

Two of the teenage children in the group, soccer mad Brian and Nkosinathi, led the mayor to the Johannesburg First exhibition, to view the original old mayoral ceremonial chair (a beautiful substantial wooden chair with carved lion head arms). Mayor Mashaba committed to the restoration of the chair. 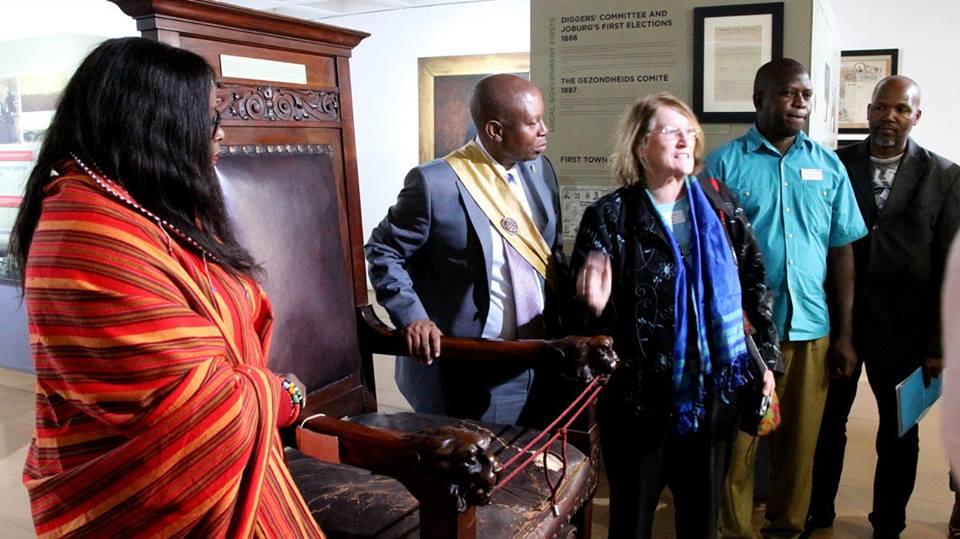 The Johannesburg Heritage Foundation also opened an exhibition of architectural drawings of the plans of old city buildings. The JHF under Michael Fleming has managed the project to archive the City's collection of old plans and drawings to ensure their preservation and that Johannesburg people should become aware of this special collection. The firm of architects, GLH, sponsored the design of the exhibition and the reproduction of the drawings. 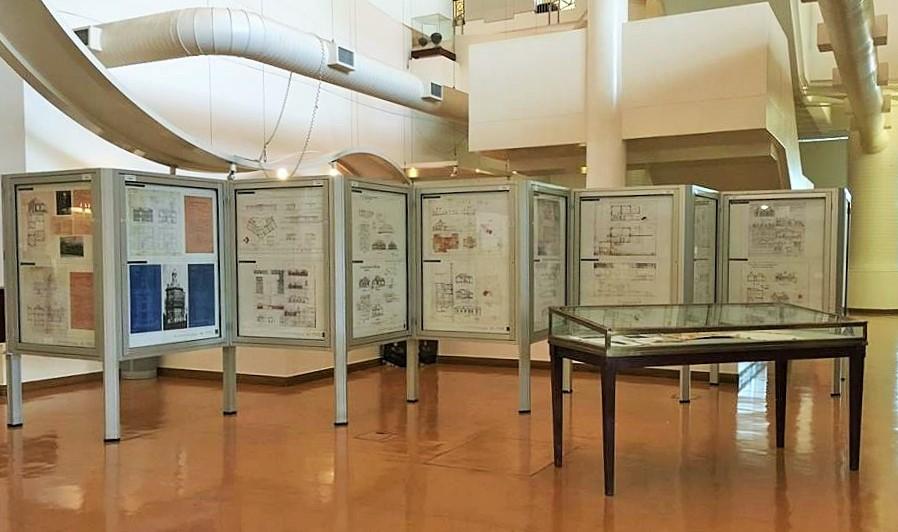 All round a fitting celebration of an important birthday and a marking the inheritance of the city of Johannesburg by the next generation of young people.

The party was an occasion to remember the many treasures and extraordinary wealth of collections in Museum Africa. With something for everyone this is a must view preeminent City Museum. 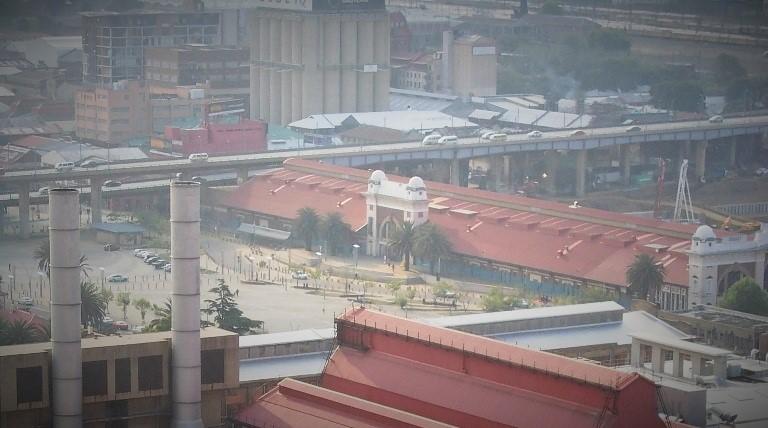