The Buildings of C. H. Thrupp and Company over the Decades

Charles Thrupp arrived in South Africa from the United Kingdom in 1882 and made his way to King Williams Town to take up a job with a local wholesaler. As the gold fields of the Rand began to boom, the firm called on Thrupp to open and manage a store in Johannesburg. After a few years of solid trade, the branch hit hard times and had to close its doors in 1892. For most employees this would have meant looking for another job but Thrupp saw Johannesburg's potential and acquired the grocery side of the ailing business. He opened his first store on the corner of President and Eloff Streets later that year.

Thrupp was forced to leave Johannesburg when the Anglo-Boer War (South African War) broke out in 1899. He returned when hostilities ended in 1902 and re-established the business at a prime Pritchard Street address. The site was only one erf down from the prized corner of Eloff and Pritchard Streets which went on to become the peak land value intersection in South Africa for over seventy years. 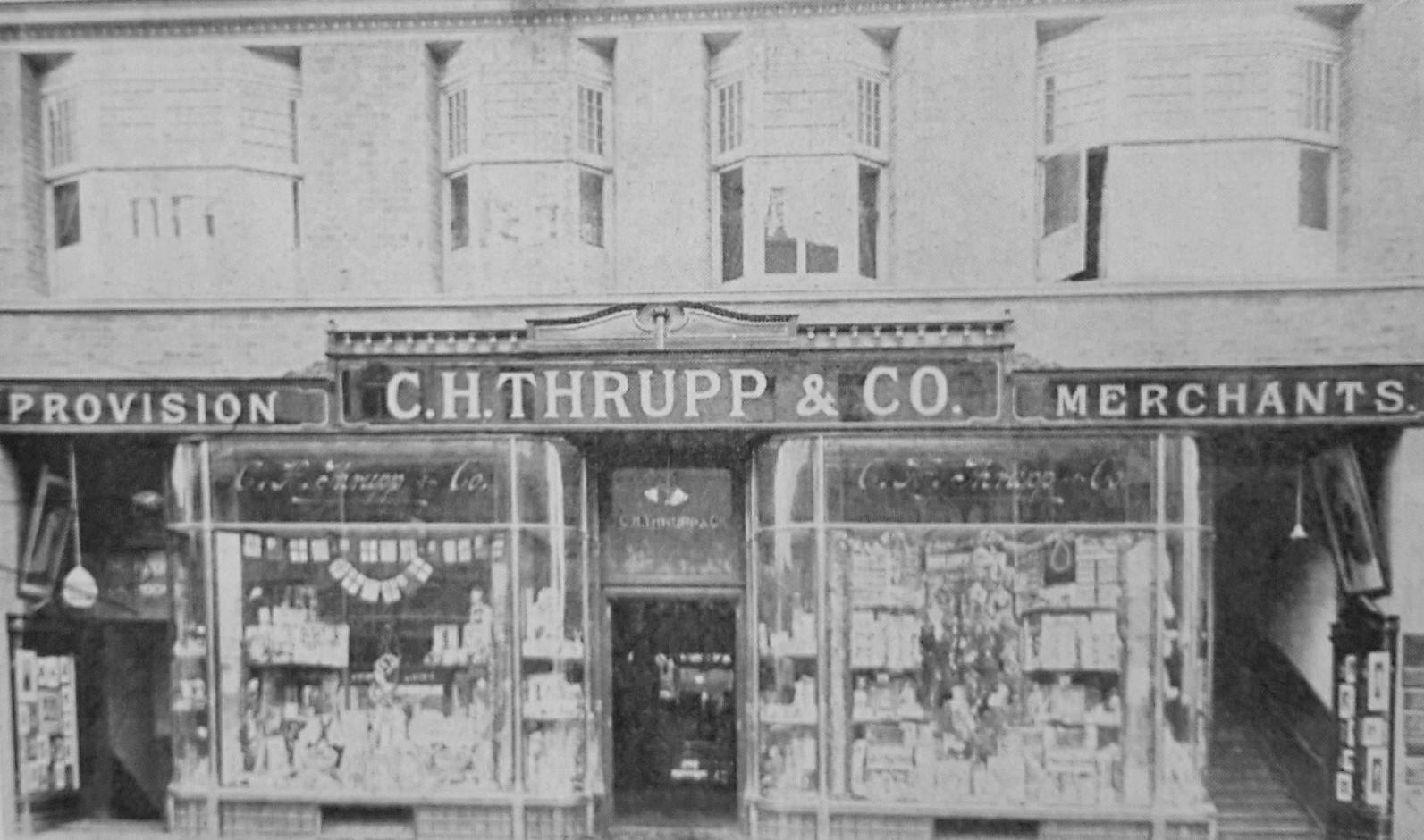 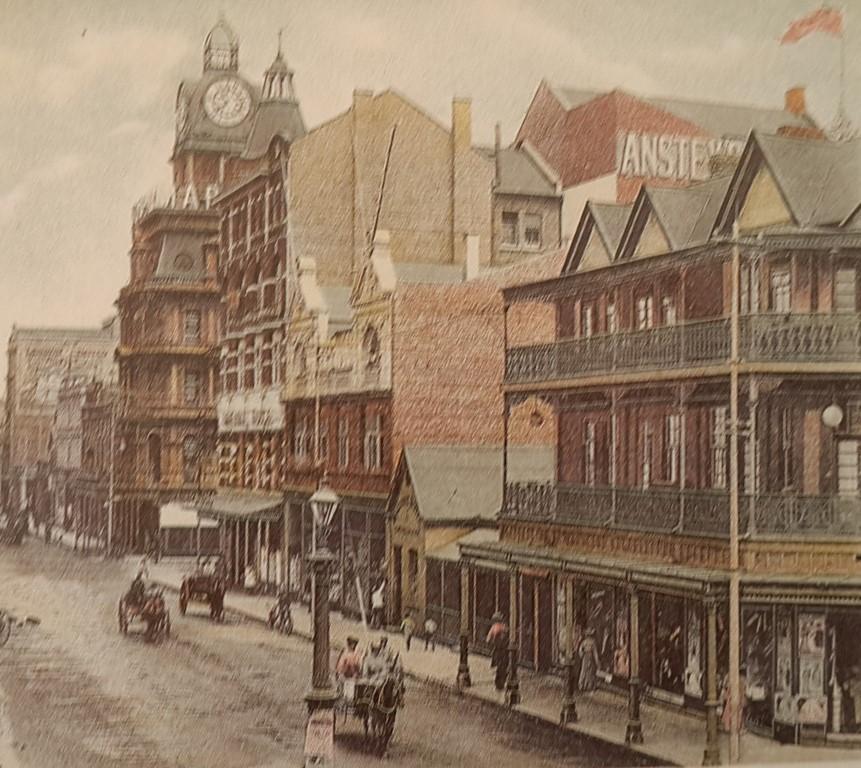 Business must have been swift because Thrupp opened a wine and spirit store at Penlan House on Eloff Street in the same year. I'm not sure when this store closed but research by Johann and Catharina Bruwer shows that it was still operating in the 1950s. In 1903 Thrupp opened another wine and spirit store, this time in Jeppestown. It appears as though the building at 45 Maddison Street is still standing but further research is needed to confirm this. 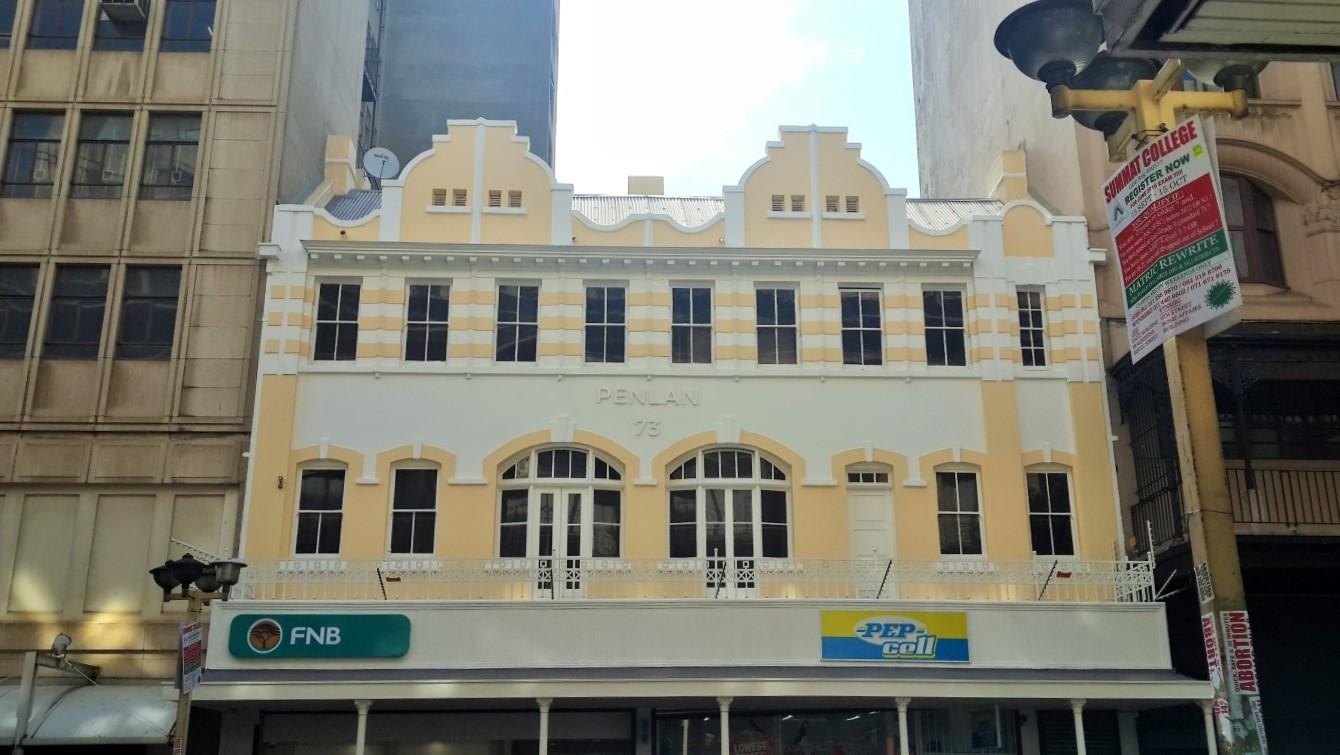 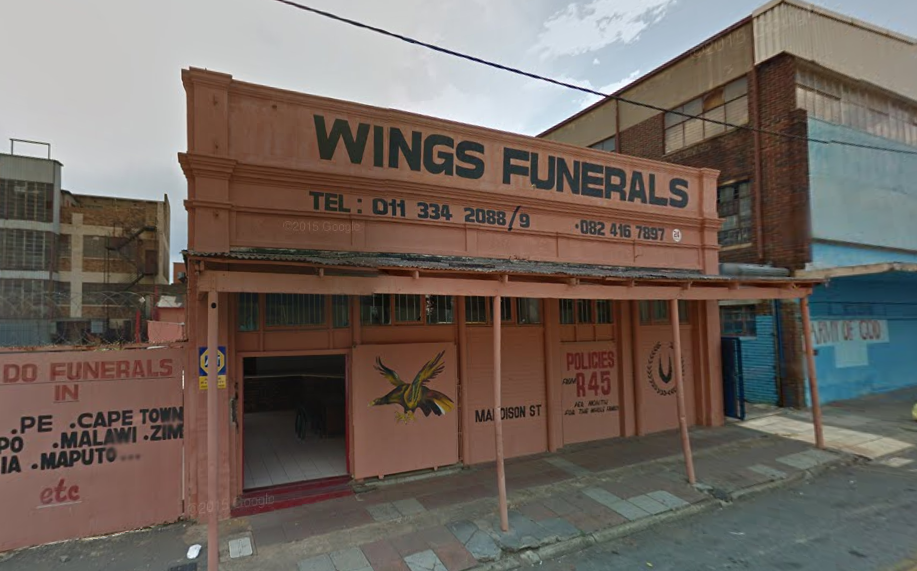 In the late 1940s the company took a step to the north with the acquisition of a grocery business in Rosebank. The premises were modernised in the early 1950s and it appears as though this store became the firm's headquarters in the mid 1960s. In the 1990s Thrupps moved north again, this time to the Thrupps Centre in Illovo where it continues to have its flagship store. 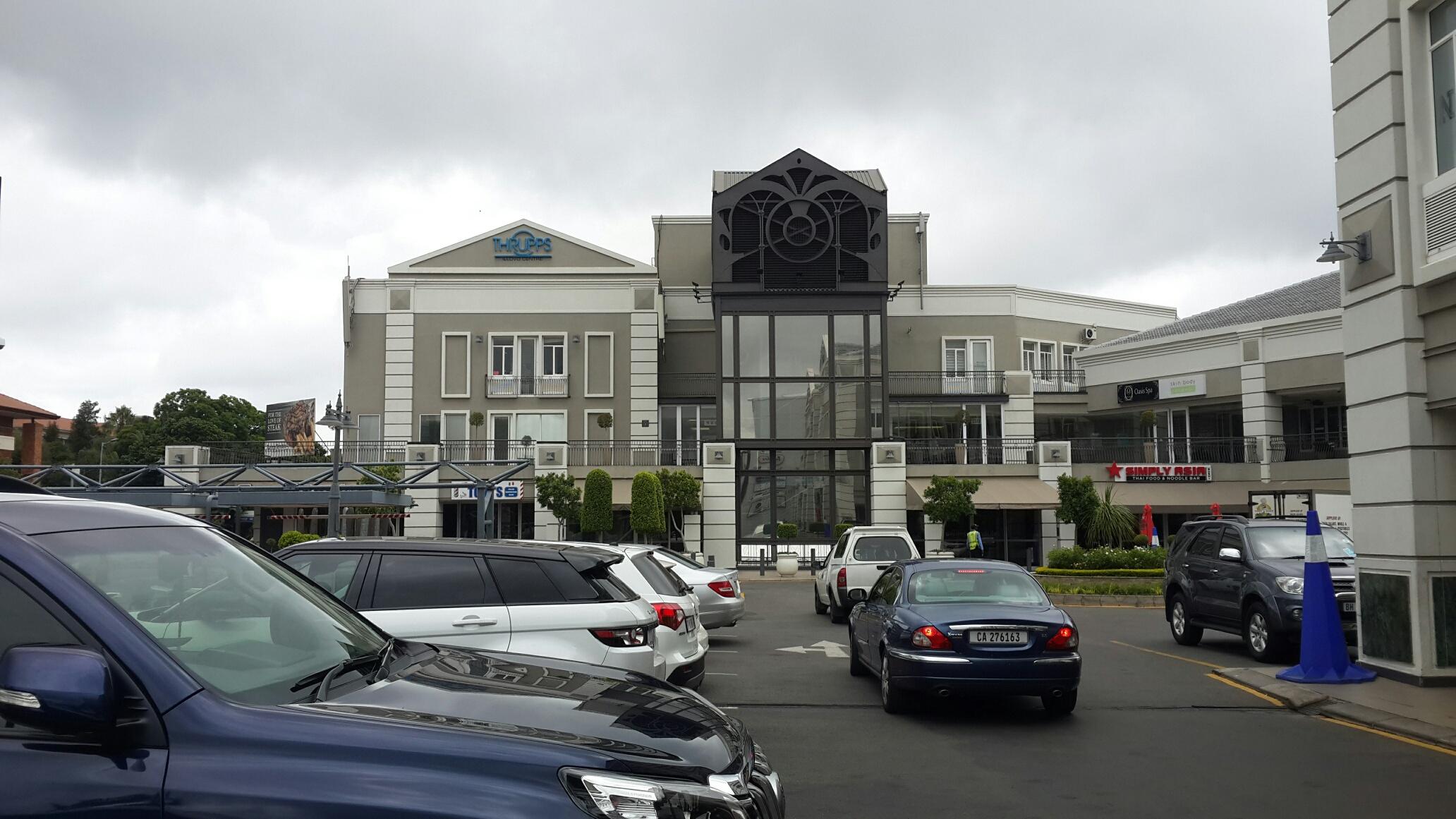 When visiting the Illovo store it is easy to see that the company is incredibly proud of its heritage. In addition to the famous 'Established in 1892' signage, the Illovo Thrupps has a 'Wall of Fame' containing framed old photographs and newspaper articles. It is wonderful to shop with history looking down on you! 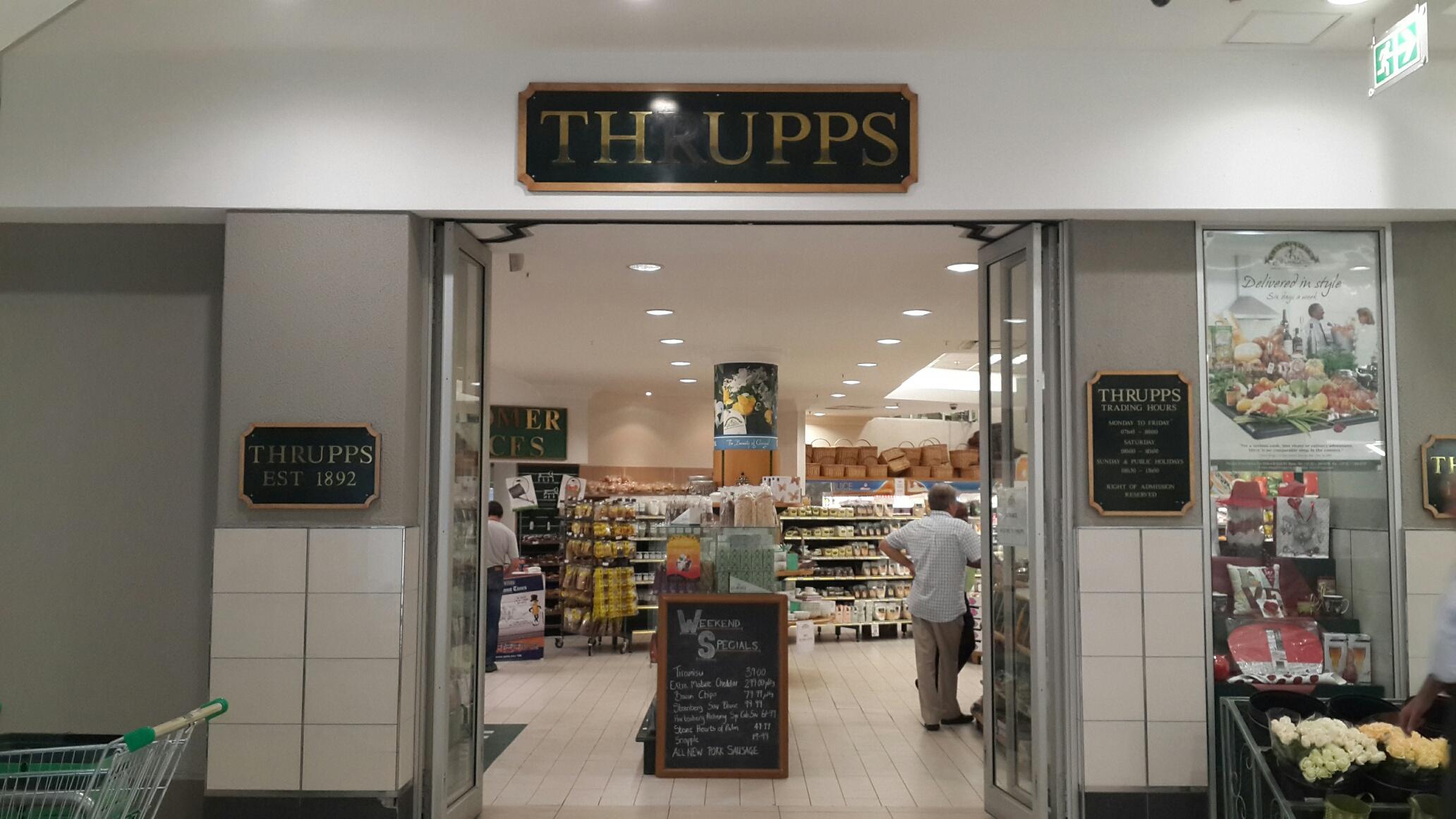 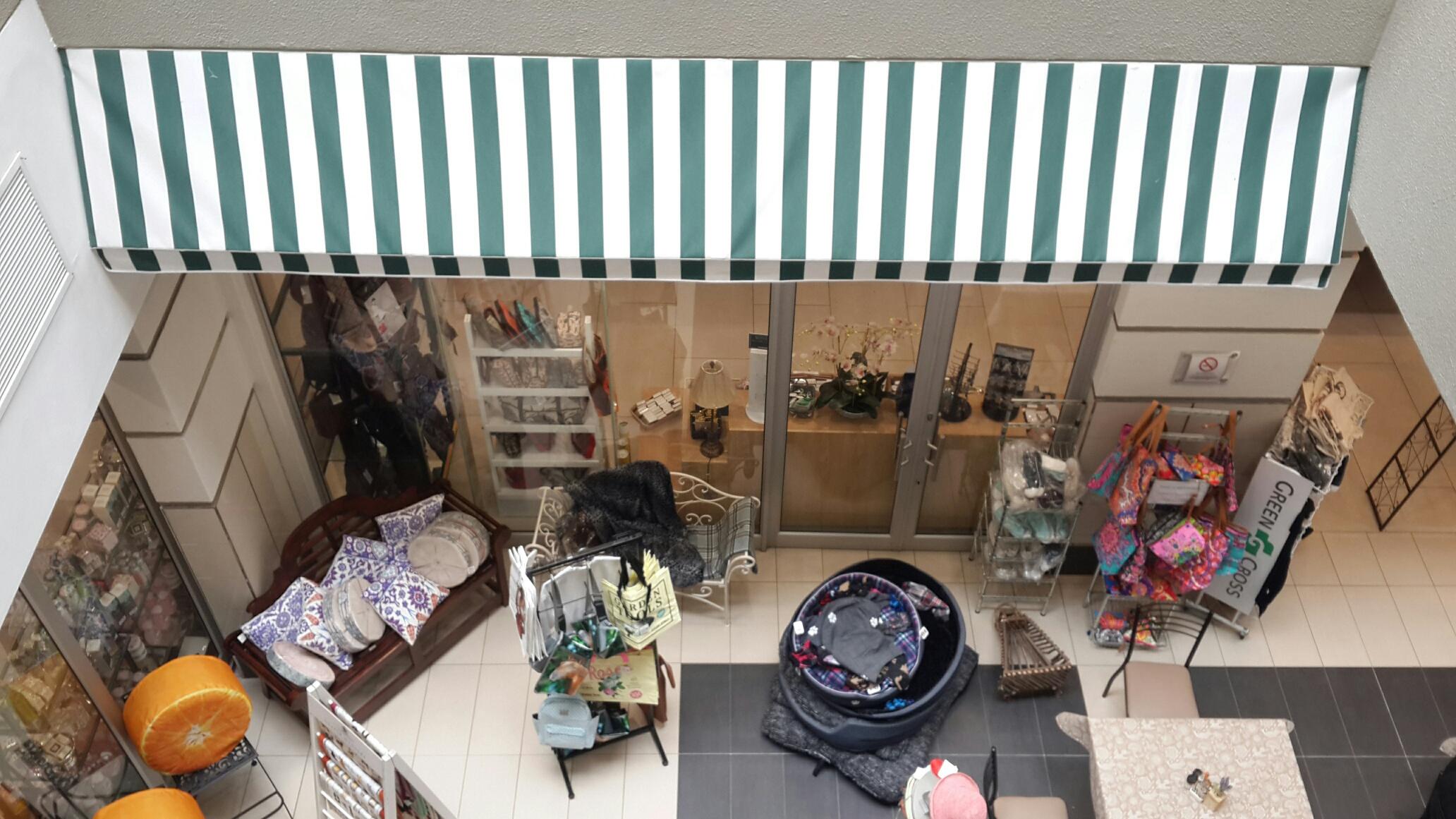 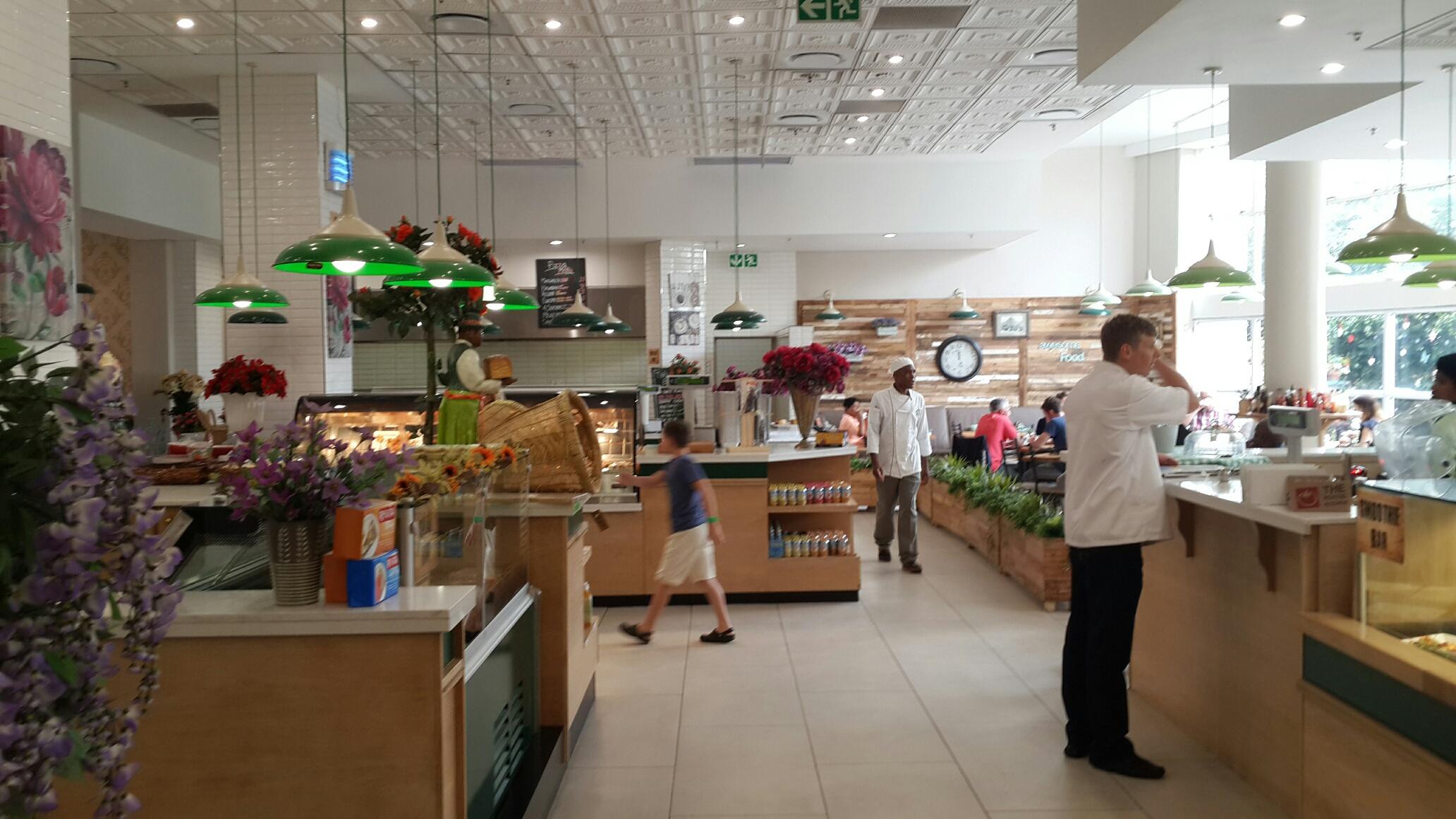 Inside the Thrupps store in Illovo (The Heritage Portal) 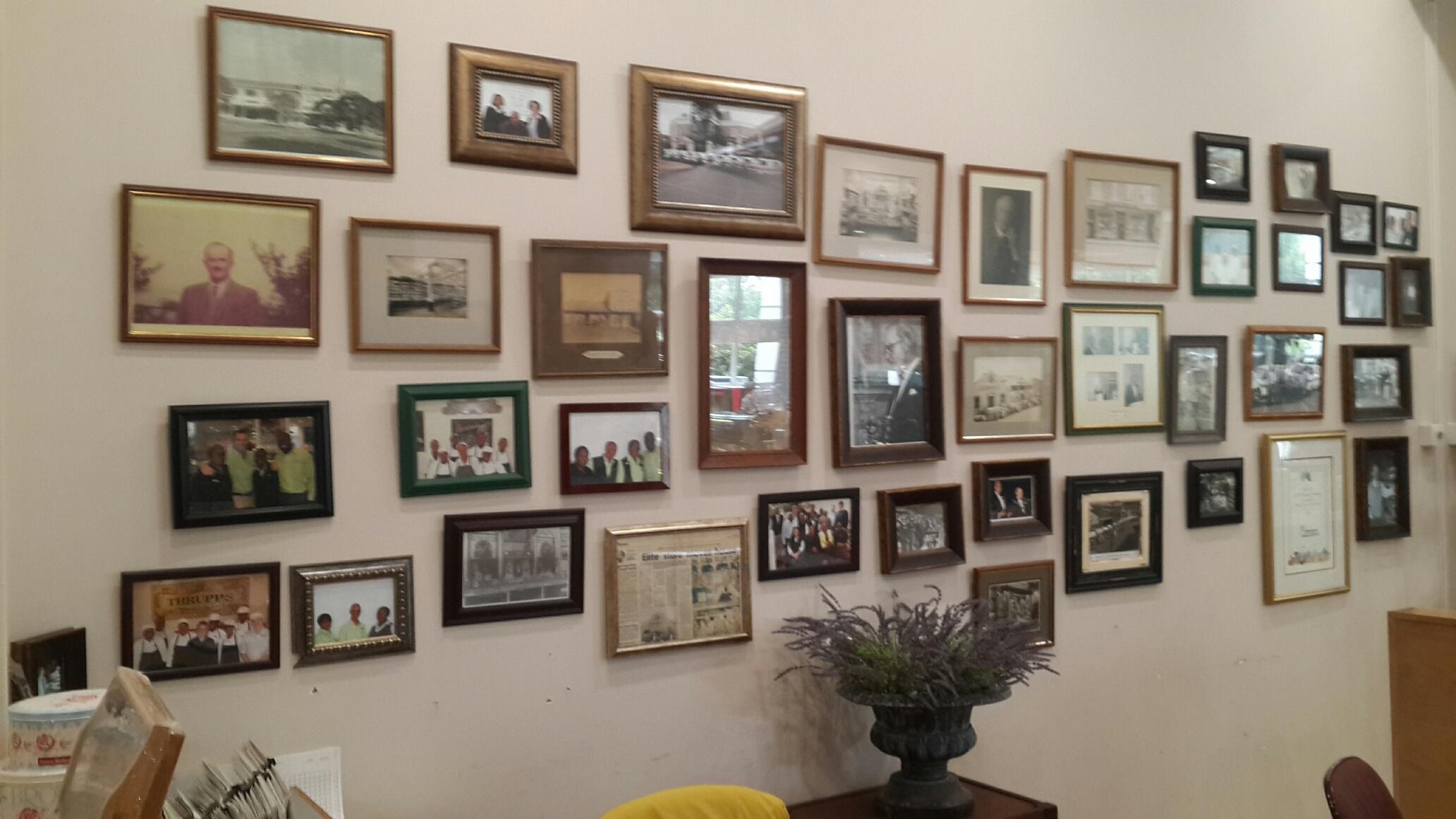 In 2014, a new chapter in the Thrupps story began when the company entered into a partnership with Famous Brands and Total. The deal has seen Thrupps convenience stores open at selected Total service stations including Senderwood, Helderkruin and Bryanston. 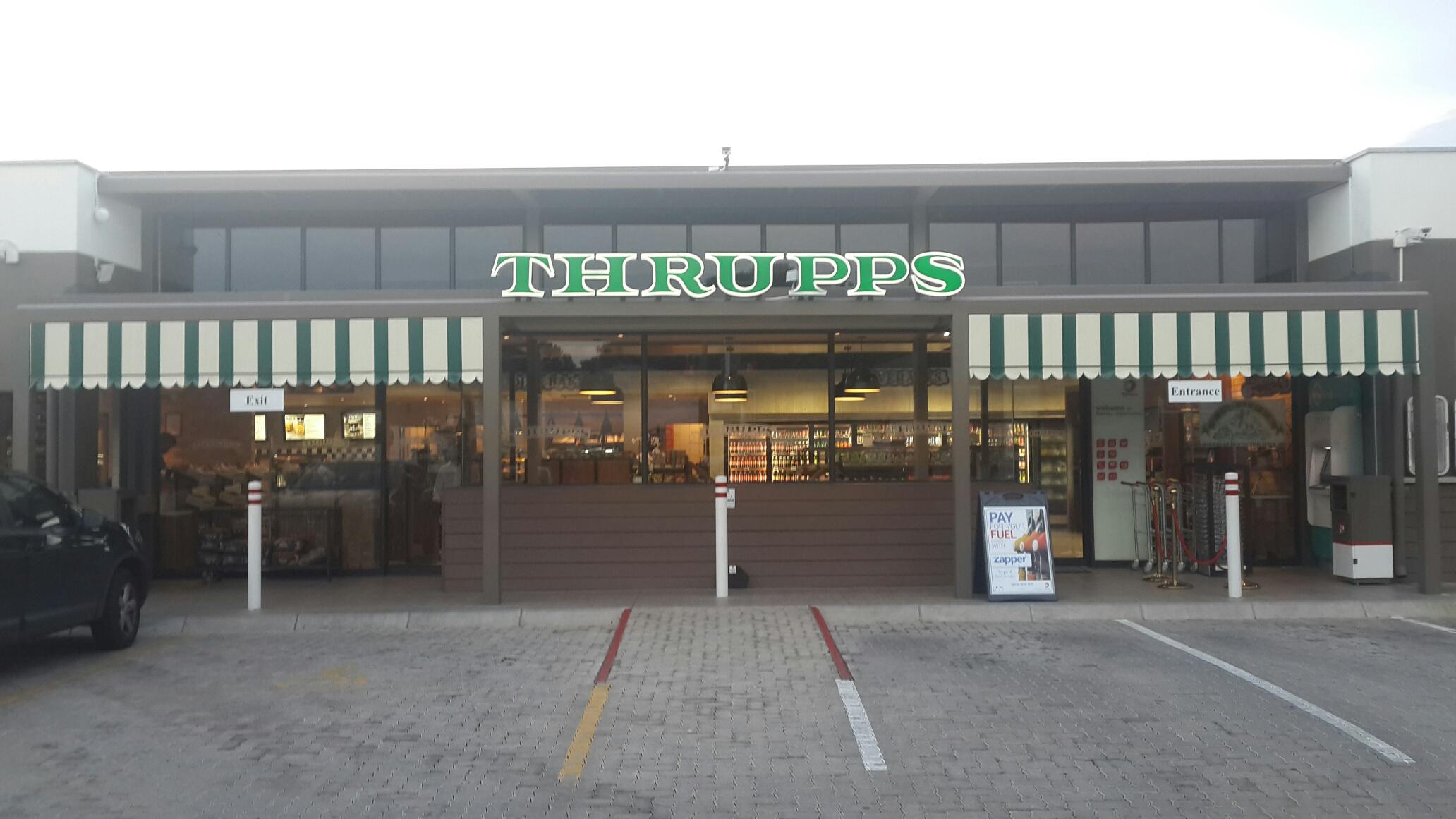 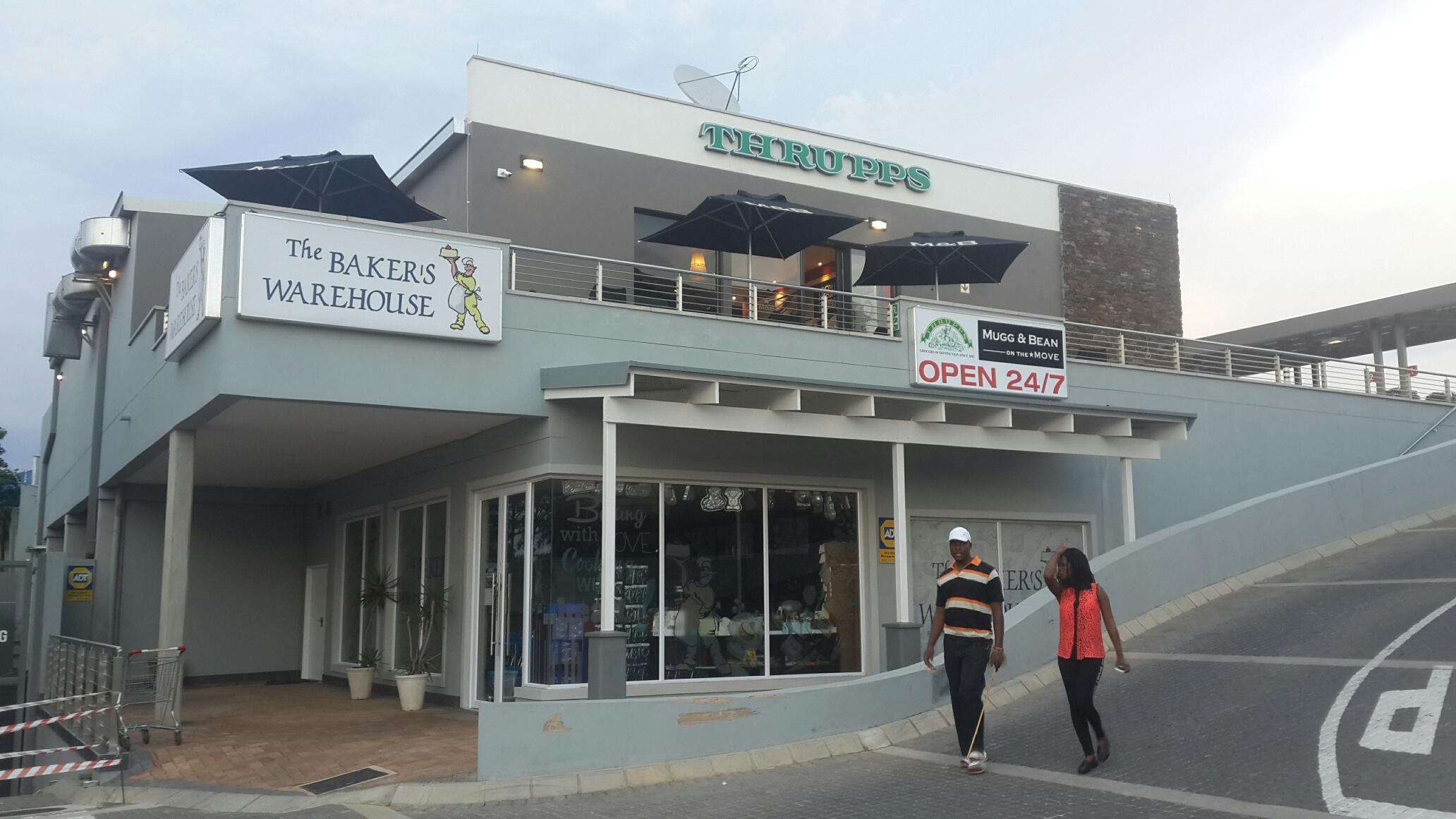 Another shot of the Bryanston store (The Heritage Portal)

The Thrupps brand has survived and thrived for nearly as long as Johannesburg has been in existence. We have no doubt there will be many more buildings to feature in the decades ahead.

After publishing this article I received details of the Thrupps Warehouse at 201-203 President Street from Sarah Welham. The building is located on the eastern side of the city. It appears as though this was the distribution centre for many of the early Thrupps stores in central Johannesburg. 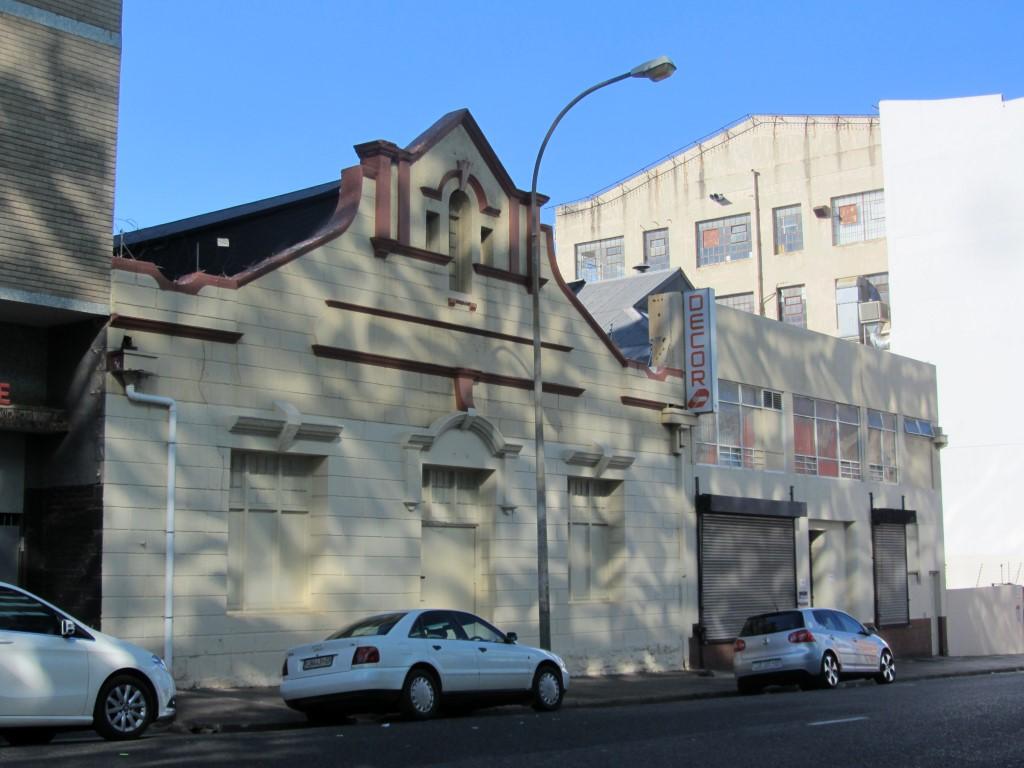