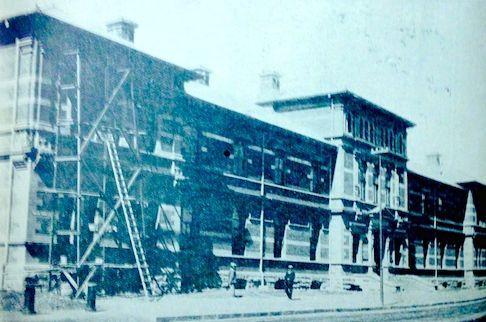 Below is another fascinating article from the South African Railway Magazine. It puts the spotlight on Bloemfontein's history, buildings and, of course, the momentous occasion of the arrival of the railway. It also highlights the rapid development happening in the Colony following the end of the Anglo-Boer War. Thank you to the Heritage Office at Transnet for giving us access to their archives.

Bloemfontein, the Capital of the Orange River Colony, is in the heart of South Africa on the main line of the Central South African Railways, between the Cape and Transvaal. The town is prettily situated, and looking from the Railway Station, which is at the east end of its principal street, there is a quiet dignity about it, enhanced by the hills in the near background, which becomes the seat of government of a prosperous colony. 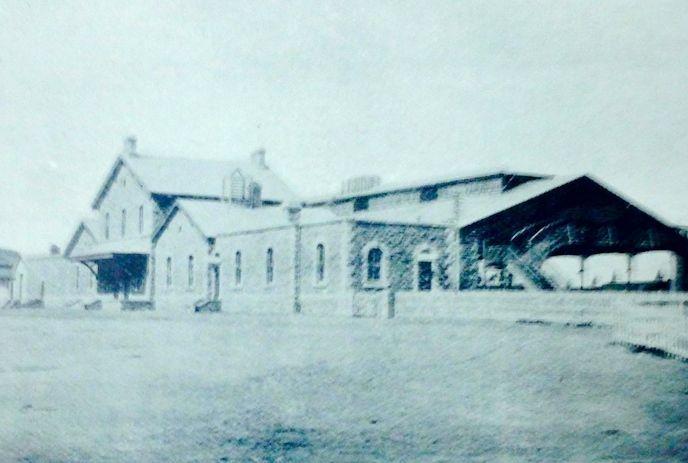 The name of the town descends from one Jan Bloem, a fugitive from justice, who near the end of the Eighteenth Century, gathered round him a band of freebooters and from the fastnesses of the place sallied out to raid the cattle of the natives in the neighbourhood. Owing no doubt to the presence of water the place afterwards became a recognised outspan; but it is not until 1846 that Bloemfontein is first mentioned in history. In that year Major Warden, in command of the British troops north of the Orange River, moved his headquarters to Bloemfontein.

The Orange River Colony was made a British sovereignty and in 1848 Sir Harry Smith issued a proclamation establishing a form of government, with Bloemfontein as its seat. Six years afterwards the Imperial Government decided to abandon the territory and the British troops were withdrawn; after which - a few weeks later - the constitution of the Orange Free State was drawn up in Bloemfontein, the first President being Mr. Josias Philip Hoffman. The building in which the constitution was signed now forms the central part of the National Museum, the wings having been added by the late Orange Free State Government.

In 1886-7 the gold fields of the Transvaal attracted great attention and the Cape Government, under arrangement with the Government of the late Orange Free State, decided to push through the railway line, which then terminated at Colesburg Junction: thus in 1890 Bloemfontein was first connected up by rail with the Cape Colony. The event was one of the most important in the annals of the town and was celebrated in a manner befitting the occasion. Hundreds of visitors came in from all parts of the Colony to attend the opening ceremony which was performed by President Reitz on 17th December 1890. A dinner and ball formed part of the rejoicing and a special medal to commemorate the occasion was struck and distributed to the children of the town.

No time was lost in pushing the line northwards and in February 1892 Kroonstad was reached. Two months later the first engine crossed the temporary bridge over the Vaal River thereby bringing the Orange Free State capital into much closer touch with that of the Sister Republic.

To accommodate the headquarters' staff the building now known as the Railway Bureau was commenced in 1898, and it was in the board room of this building, only just then completed, that the celebrated Conference of June 1899 took place, as a place of historical interest this boardroom is well worth a visit. Silver plates on the table mark the places at which sat Mr. A. Fischer, Member of the Orange Free State Volksraad, (Chairman of the Conference), Sir Alfred - now Viscount - Milner, High Commissioner of South Africa and President Kruger of the South African Republic. 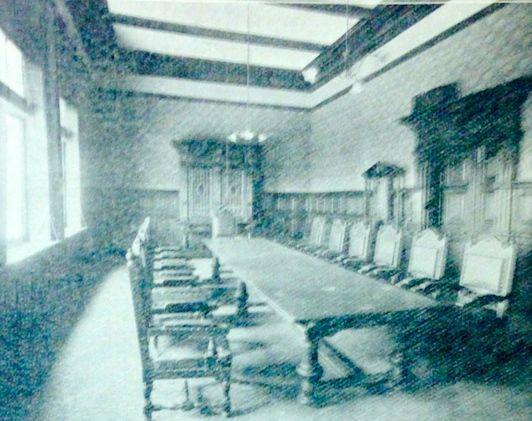 In 1890 at the time of the opening of the railway the European population of Bloemfontein was 2,017 and up to the time of the war the development of the town was one steady progress. Since the war Bloemfontein has increased by leaps and bounds and today the white population is over 16,000 while the rateable value of fixed property stands at £2,000,000.

In this development the railways have played the principal part. As a railway depot, employment has been given to a large number of people in the locomotive sheds and repair shops, stores, maintenance shops, traffic department and district head offices, and it is interesting to note that today the railway community of Bloemfontein is larger than the total number of European inhabitants at the time of the opening of the railway.

Facilities have been afforded for the disposal of the agricultural produce grown in the neighbourhood, and the geographical situation of the town has established it an important position as a convenient distributing centre for the neighbouring and outlying towns and villages.

The completion of the line from Bloemfontein to Modderpoort in June 1904, and in December 1905 to Maseru and the pretty town of Ladybrand has tapped the excellent grain-producing country of the Conquered Territory and Basutoland, and with the commencement of the much-discussed Bloemfontein-Kimberley Line the importance of Bloemfontein as a South African Railway Centre will be largely increased.

The development of the mineral and agricultural resources of the Orange River Colony, which is sure to follow the opening up of the country by the new lines recently constructed and still in the course of construction, will reflect itself in the increased prosperity of the capital, and give rise to those local industries consequent upon the growing requirements of an increasing and industrious population.

In educational matters Bloemfontein has for many years been in the forefront and the Brebner Schools just completed show that no expense is being spared to maintain the reputation of the town in this respect. The new Grey College when completed will be one of the finest educational institutes in South Africa.

To the visitor, Bloemfontein has many attractions, the Old Fort built by the British troops before the days of the Free State, the Raadzaal, Government House - formerly the residence of the President - Government Buildings, the Government Nurseries and Experimental Farm, and many other places of historical and general interest. The clean and well-kept appearance of the town, the exhilarating climate, the easy though business like ways of the people, all tend towards establishing a contentment of mind and body which gives the holiday seeker that refreshment which is not always to be found in some little wayside place where there is nothing to do, nothing to see and nothing to learn, where a holiday means a time of idleness and laziness, andennui takes away that relish which freedom from business worry and care should give. 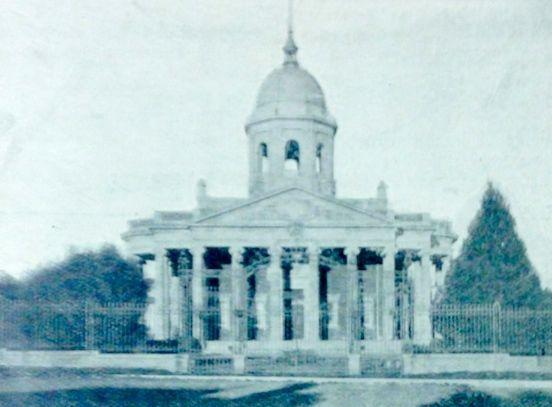