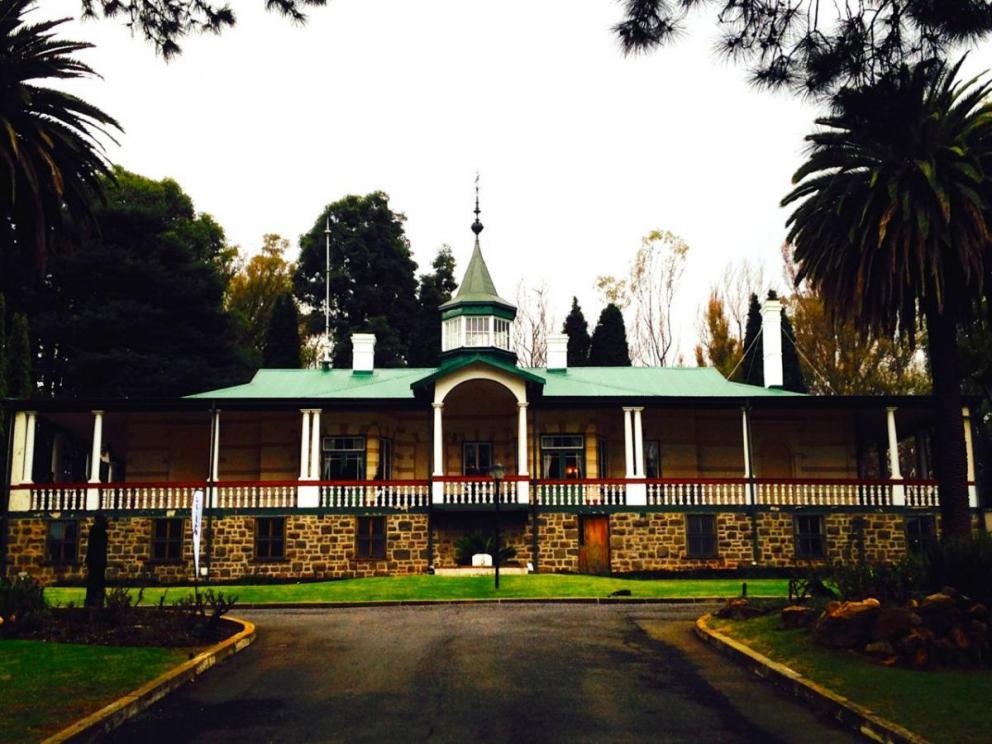 Set in a gently wooded area amid carefully tended gardens, it is difficult to believe that Franz Hoenig Haus is situated within a stone’s throw of a major chemical manufacturing complex and what was the largest Dynamite factory in the world.

The peace, tranquillity and ‘olde worlde’ atmosphere of the surroundings and of the house itself transport the visitor into time gone by. To an age of quiet, sophisticated refinement, of gracious ladies and distinguished gentlemen, of faultless cuisine and superior wines, of animated conversation and spirited repartee.

One of the oldest restored houses in Gauteng, it appears today very much as it did when built by European craftsmen as a residence for Franz Hoenig, Modderfontein Factory’s original Manager, in 1896. 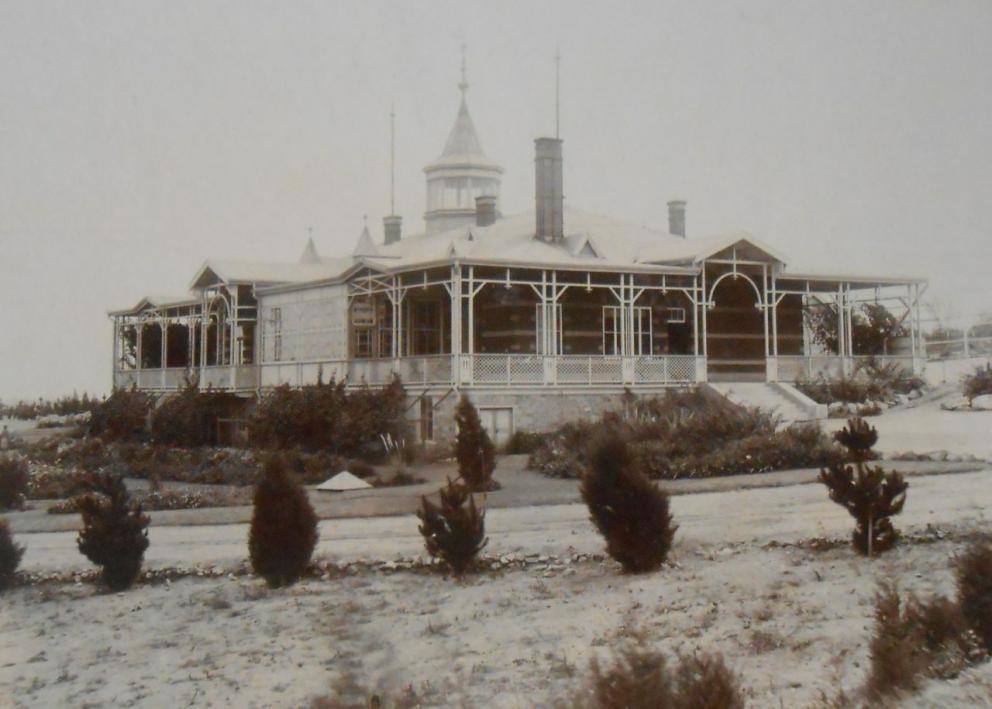 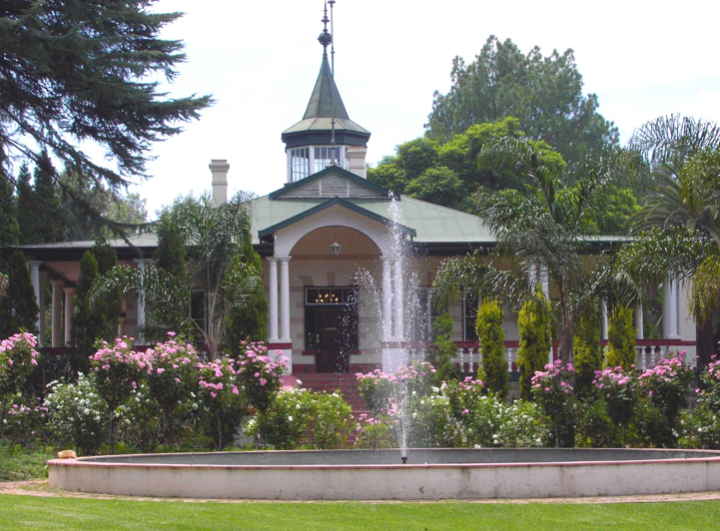 A more recent shot of the house (Robbie Vermont)

Both its name and style of architecture give the clue to the building’s Germanic origins, and no wonder: Franz Hoenig was Austrian and the builders, masons and carpenters who constructed the house were recruited in Germany.

Not three years after the construction of the house was complete, the war clouds gathered and in 1899 the South African War began. With the outbreak of hostilities, gold production in the Transvaal ceased and almost overnight the function of Modderfontein changed. Hoenig’s task of building and commissioning a factory was over and he returned to Germany, leaving his deputy to carry on.

Records tell us that despite the fact that the factory was making munitions for the Boer forces, life at the factory carried on very much as in peace time. There were fewer workers, the majority of whom were citizens of European countries owing no allegiance to either side engaged in the war.

However, the conflict was brought to Modderfontein when, in 1900, the Third Cavalry Brigade occupied the property. Behind them they left a unit known as the South African Constabulary under the command of Major General Baden-Powell, later to become famous as the founder of the Boy Scout movement. Baden-Powell occupied Franz Hoenig’s house during his stay at Modderfontein. 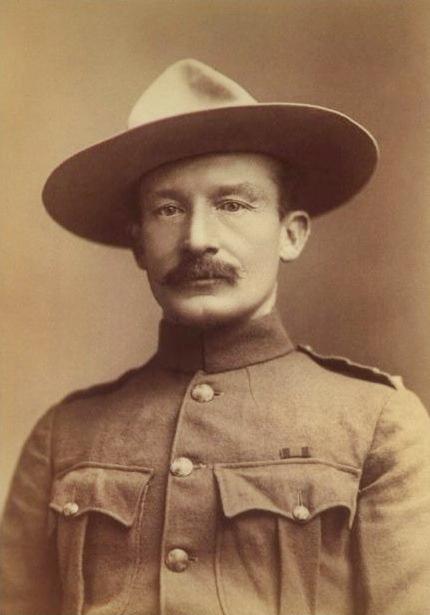 With the end of the war, mining resumed and Modderfontein’s products were once again in demand. A new Factory Manager was sent out from Britain to get the factory back on its feet. William Cullen guided the factory from 1901 to 1915.

This residence was occupied by seven successive Managers up to 1949 when a new manager was appointed and it was considered that 31 High Street as it was then called, was too old fashioned. It was certainly a large, rambling and, in winter, an extremely cold building. 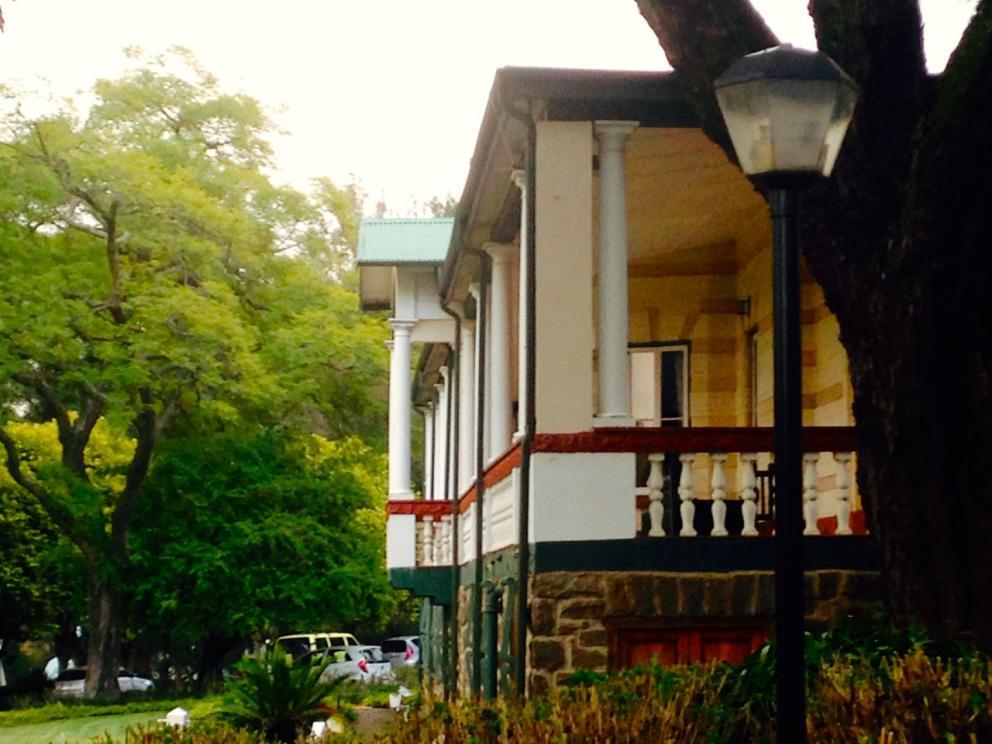 Another view of Franz Hoenig House

A new house was allocated to the Factory Manager and for two or three years Franz Hoenig Haus remained empty.  A housing shortage then prompted the decision to convert the house into three self-contained flats which were occupied by tenants up to 1971 when the house was vacated.

By this time it was in a dilapidated condition and a decision had to made about its fate. The obvious decision was to demolish it, but there was a school of thought firmly opposed to this which felt that every effort should be made to preserve this historic building. Fortunately Dr Harry North, Production Director of AECI, came to the rescue; the building was completely restored and was used as a guest house for VIP guests. Today the house is used by companies in the Modderfontein Industrial Complex as a venue to entertain important customers.  It is also available for hire for private functions.

The original Factory Museum, established by Factory Secretary, Alec Ross in the early 1970s, was housed in Franz Hoenig Haus, in what is today called the Baden-Powell Room.

Great care was taken with the restoration and the largest room in the house – the dining room – was copied precisely from early photographs.  Two magnificent pieces of furniture – the sideboard and the desk – survived the ravages of time and were successfully restored with meticulous care. The former is still in the dining room while the latter is housed in the adjacent Dynamite Company Museum.  The other furnishings – the dining room table and chairs – made by Modderfontein carpentry apprentices, and the couches, are faithful replicas of the originals. 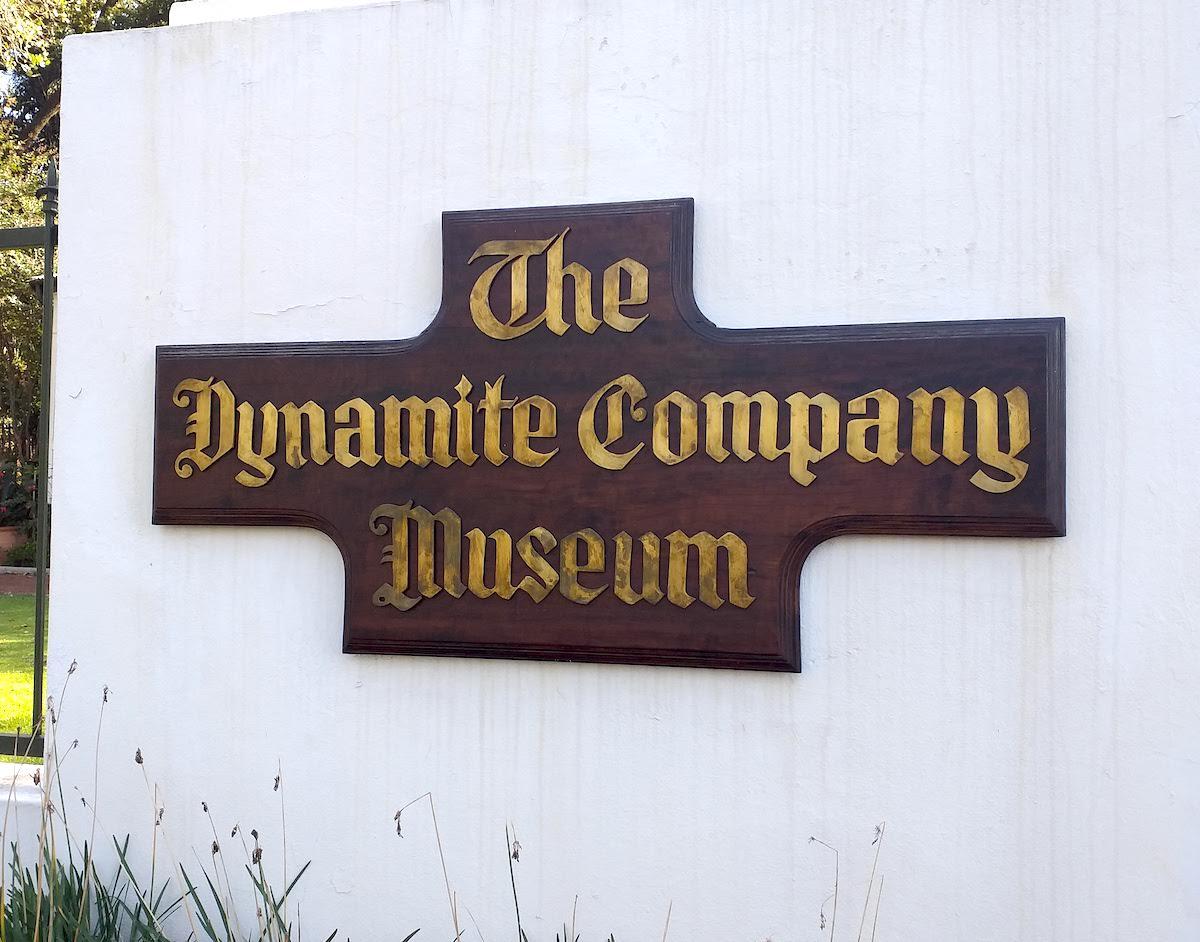 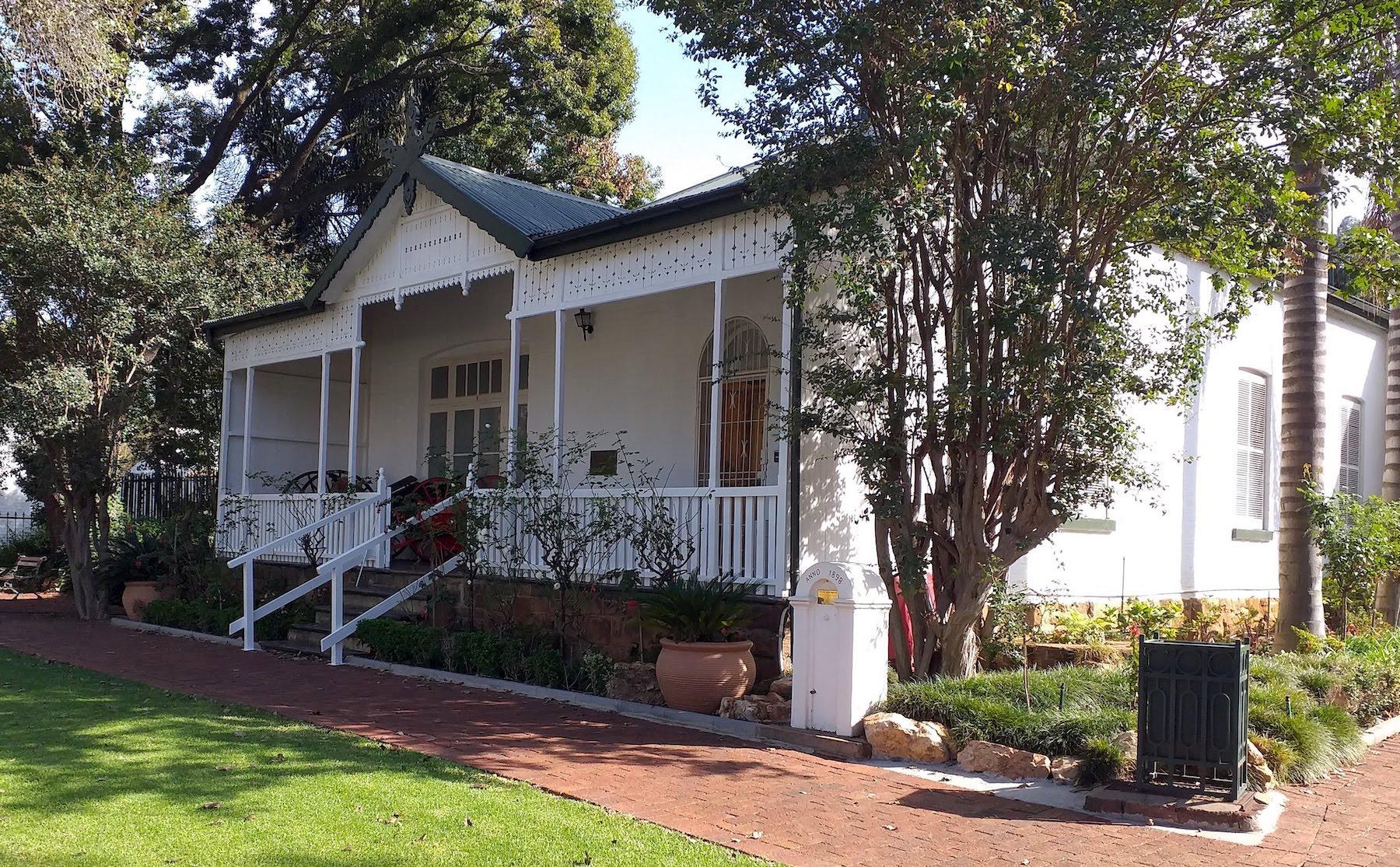 The fireplace in the lounge and the cupboards are notable for their unique hand-carved corner pieces. From their origins in this house, the cupboards saw service in the Company’s Durban office and later on a farm at Bapsfontein where they were discovered in perfect condition and returned to their rightful place.

The outdoor museum exhibits are well worth a look.

Between the house and the Museum is a light ox-wagon, hand built in Ermelo in 1904. It was used for general transport purposes until after the Great War when the owner obtained a contract to transport explosives from Modderfontein to the gold mines in the Witwatersrand.  A trip to the East Rand then took two days.  It can be measured in minutes today.

In front of the Museum is one of the original water points which supplied water from the Klondyke Spring in the central manufacturing area. 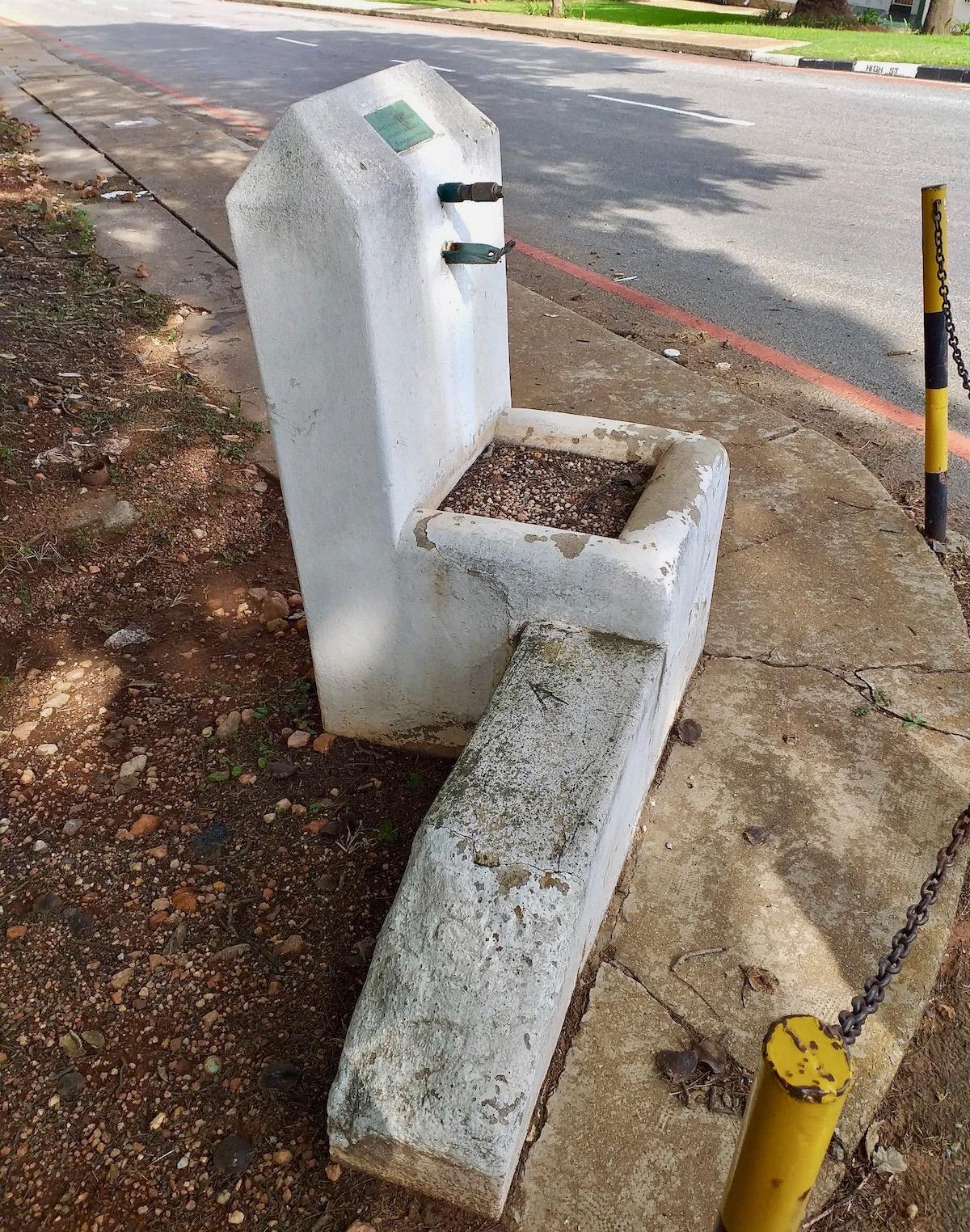 Two rooms situated to the left and right of the front door are named the Baden-Powell room and the Kruger room respectively in recognition of the part played by these two prominent personalities in the history of the Factory. The Hoenig Photograph Album in the Baden-Powell room proved to be invaluable during restoration work and, how it came into AECI’s possession is a story on its own: In the 1950s, an AECI Director was on holiday in Switzerland.  There, he made the acquaintance of a Dr Hoenig who, coincidentally, was the son of Franz Hoenig.

A friendship developed and, as a result, Hoenig came out to South Africa and presented the Company with the photograph album which contains a complete record of the building of Modderfontein Factory.

Other items of interest in the Museum include the theodolite which is believed to be one of the original instruments used in the survey of Modderfontein in about 1894, the very first minute books of the Company and the original survey drawings of the Factory.

In a lighter vein, there are the hospital accounts. For the first six months of 1899, the cost of wines, liquor and beer for the patients was £229 compared to £952 for food. Considering that at the time there was only one hospital ward and one nurse, it would appear that alcohol played a most important part in the treatment.

Most early houses built at Modderfontein had cellars.  The supply of food was irregular, especially in the winter months, and various foodstuffs such as meat, eggs, butter, fruit and vegetables were stored in the cellar – the coolest part of the house.

The Franz Hoenig Haus cellars have carried a selection of fine wines, from Sherries to Ports and has been used as a winery called “Dirty Dick’s”.  Whether its name was derived from the famous public house of that name in London or from Dick Groves, the Factory Manager or from Dick Dent, the project engineer is not known. It has, however, been one of the most popular spots in the house and was used regularly for management functions.

Mainly, the house comprises the lounge, a drawing dining room, three bedrooms,, a breakfast room which doubles as a small entertaining area and the kitchen.

Among those who have visited here are Mayors and Mayoresses, Cabinet Ministers, Members of Parliament and business leaders from all corners of the world.

The seven successive Factory Managers who occupied the house at 31 High Street were: 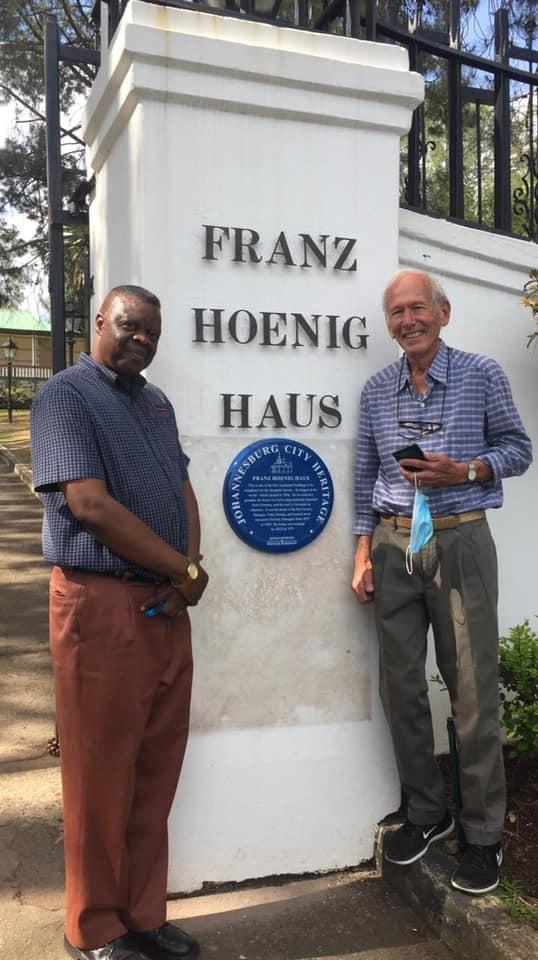