Origins of the book 'District Six - Memories, Thoughts and Images' 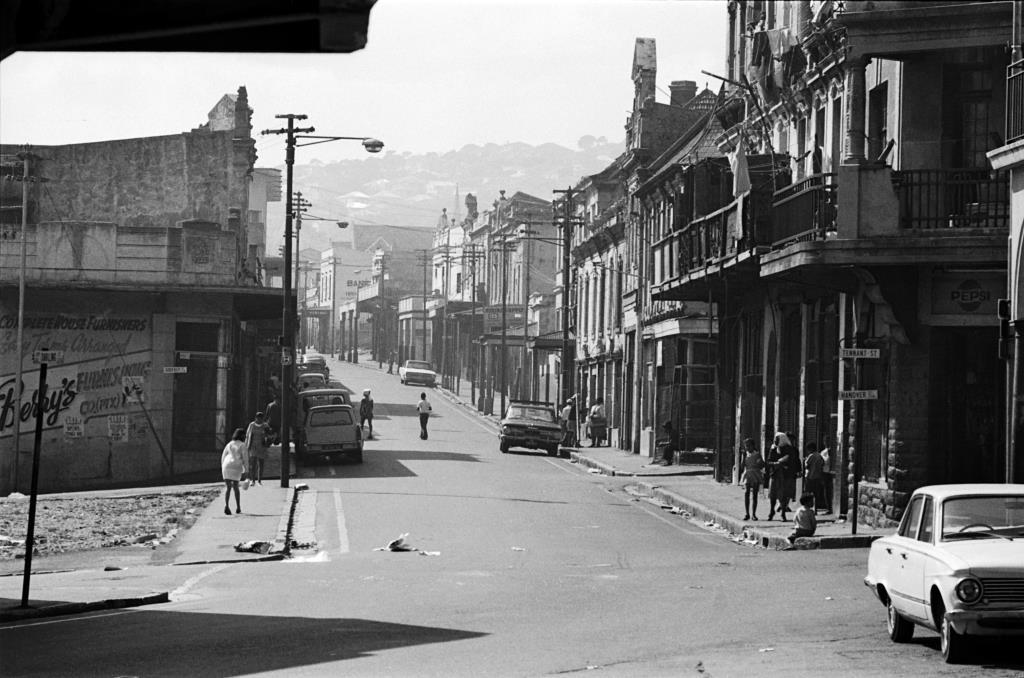 The origins of the hardcover book entitled, 'District Six - Memories, Thoughts and Images' which I have edited goes back to a series of photographs, taken by my late uncle, Jan Greshoff, in the early and mid-1970’s. 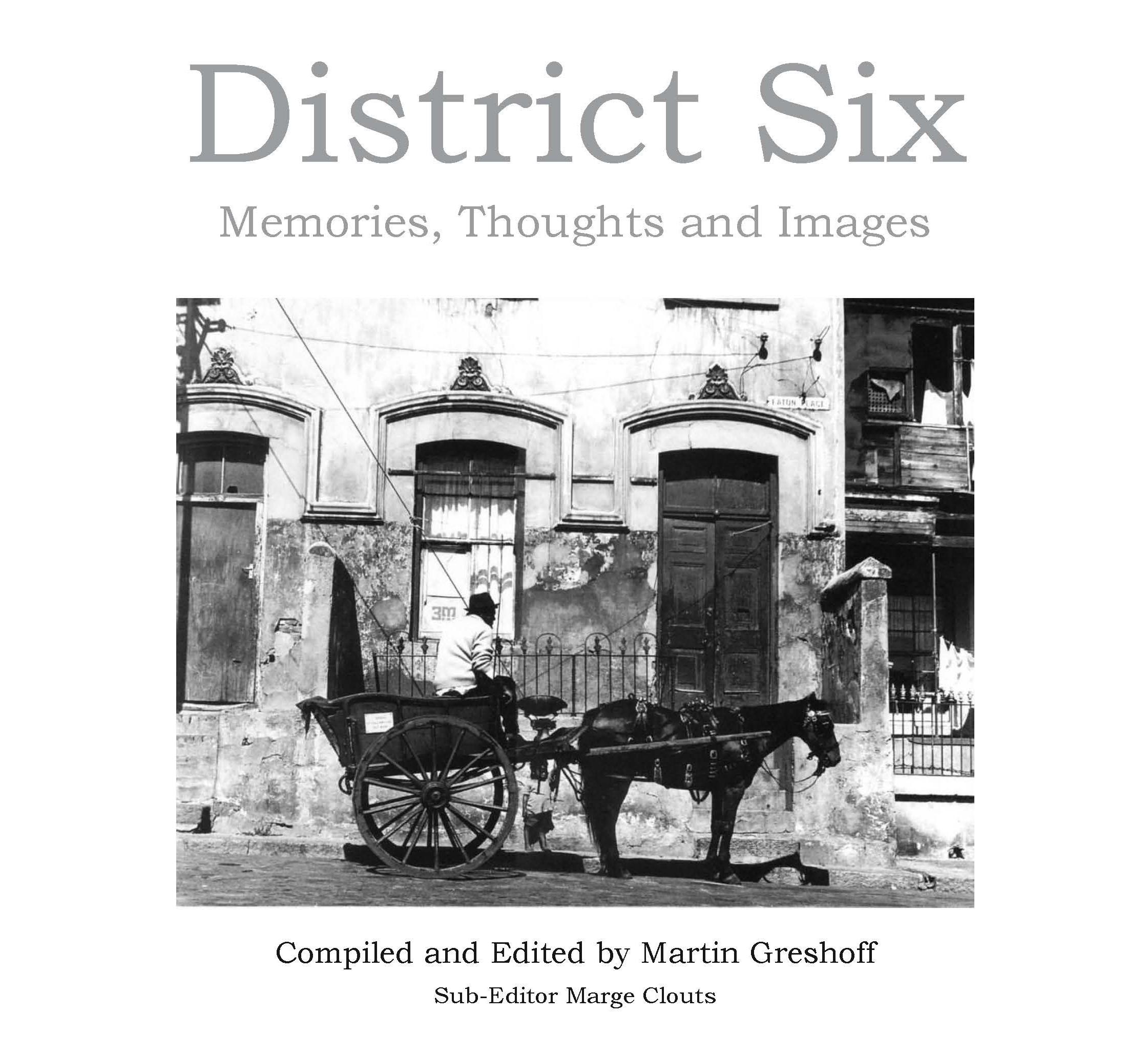 Jan was an architect who worked in CT from the 60s to the 80s. He was a private and modest man and didn't talk much about his photography. Jan had no children and it was only after he died that his wife passed his archive of negatives on to us, his nephews and niece, that we discovered the full extent of his archive. His photographs covered many areas around Cape Town, including District Six.

In common with many architects, Jan was always a keen photographer and his profession certainly informed his work and his interest in his environment. He was a very close friend of Jansje Wissema, who was commissioned to photograph District Six for the South African Institute of Architects at roughly the same time that Jan was photographing the area. Their projects fed off each other to some extent. Ben & Helen Kies, both teachers, at District Six schools Trafalgar High School & Harold Cressy High School, respectively, were also friends of Jan and this may also have had an impact on his photographs of District Six in particular. Aside from this he was aware that Cape Town was changing and certainly wanted to document this change.  In his lifetime he did not publish or use his photographs and it was only in 1996 that he donated some 800 images to the then newly founded District Six museum. They were exhibited by the museum in the same year. Jan died in 2007.

My interest in the District Six & Bo Kaap community was sparked by Jan's photographs. Just prior to leaving SA in 1980 and inspired by Jan, I took a number of photos of Bo Kaap. The forced removals of the diverse population of District Six and the demolition of most of the area had taken place by then. Later I began reading books on District Six and continue to do so. However, it is the first-hand accounts of life in the area which are the most powerful. In 2014 I started a Facebook page (click here to visit) so his photographs could be seen by the communities which he photographed. It was through these comments made in response to the photographs and a discussion with an ex-District Six resident, Cecilé-Ann Pearce, that the idea of recording these stories in more depth came about. 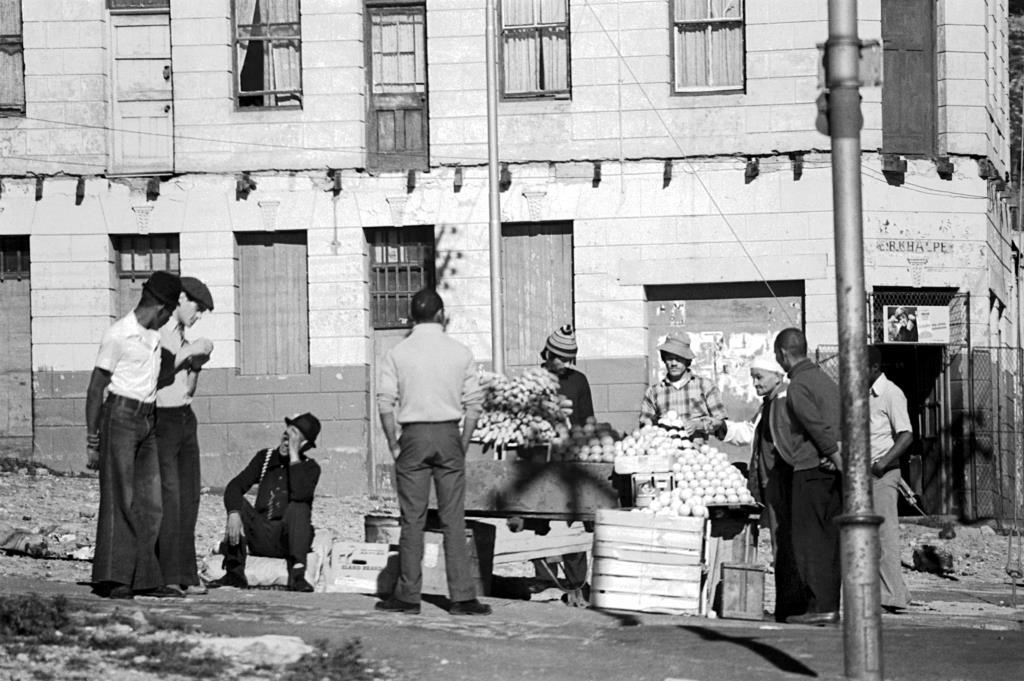 It was through these comments made in response to the photographs and a discussion with an ex-District Six resident that the idea of recording these stories in more depth came about. It felt important that these memories of an area no longer in existence were captured and preserved for the future and that what happened to District Six was not forgotten and the memory of District Six was kept alive. I am aware that the District Six Museum is very involved in recording oral histories and working with the memories of ex-residents and this is important and vital work. The idea was to give those who may not have thought about telling their stories an opportunity to do so and create a tangible record for future generations. Initially there was some discussion whether this should be an online publication opposed to a printed book. I felt strongly that a printed version would be more accessible to the older generation without computer skills.

I placed a notice in various District Six groups on social media and approached ex-residents who had commented on photographs and enquired whether they would like to write a piece. The response was on the whole very positive. Guidelines were drawn up and a deadline set for submissions. Jan's photographs would be mainly used to illustrate the memoirs plus a few offered by another photographer, Rudolf Ryser, but it was the stories and memoirs which I feel are the main focus. As the deadline approached it soon became clear that most people would not meet it and I decided to abandon the idea of deadlines. It would take as long as it takes. During this time many people who were initially interested in submitting stories dropped out for various reasons. I had a target of 50 contributors in mind so the writers involved and I worked hard to find replacement writers for those who had dropped out. In the end 63 ex-District Six residents and those who had a connection to District Six but may not have lived there submitted memoirs and poetry. Obviously, the stories that have been submitted are only a small fraction of the stories to be told. The foreword has been written by Bonita Bennett, the former Director of the District Six Museum and Prof Crain Soudien has contributed a piece on the history of District Six. Sadly, 4 of the contributors have passed away since the project started.

In April 2016 I visited Cape Town to do some work with a small group of ex-residents on identifying some of the unknown District Six locations shown in Jan’s District Six photographs so these could be allocated to stories. The District Six Museum was supportive in providing a venue for the identification meetings and providing access to the images Jan donated to the museum. The museum organized a workshop with some on those involved with the project while I was in CT. This was an opportunity to meet some of those who had submitted stories. I was struck by the warmth and the bond that existed between the ex-District Six residents I met even though they had not necessarily met before. This bond is also very evident through comments made in District Six groups on social media. Some of the contributors have commented that writing their stories helped with processing the pain and anger of being forcibly removed from District Six.

The editing process has been done in a collaborative way with each of the contributors. The stories are theirs and it felt important that they were a part of this process. I received assistance from my sub editor Marge Clouts for which I am very grateful. As well as personal memoirs there are also a number of poems.

My brother-in-law, Charles Abbott, who is based in Cape Town has done a great job of designing the book and coordinating the printing. Everyone involved with producing this book has given their time freely without the expectation of benefiting from the project financially. The printing has been funded through the generous donations from The Simon van der Stel Foundation, The Historical Society of Cape Town, ABC Press as well as many individuals. The book will have a limited print run.

All the money generated from the sales of this book will be donated to the District Six Museum to support their valuable work in preserving, archiving the history, memories and Forced Removals from District Six and other areas.

The whole process of producing a book was new to me and I have learnt a lot through the process. It has taken far longer than I anticipated at the outset. I have worked on it for the past 6 years and I had no idea when I started out that it would dominate my life and be so time consuming in the way it has. As mentioned, sadly, 4 of the contributors have passed away since the start of the project.

After reading and editing the memoirs, it is very clear that District Six, its vibrancy, mix of cultures and religions is very meaningful and important to the contributors as well as the wider District Six community. Many contributors recall happy times, childhood games but at the same time there is a constant reminder of the impact that the Apartheid government’s cruel and unjust policy of Forced Removals had on the residents and communities of District Six as well as other areas. Many also talk about the trauma of forced removals and the demolition of District Six.

The intention is that this book will complement the important work which is being done by the District Six Museum as well as raise funds for the museum.

I continue to attempt to keep the memory of District Six alive in my active role of administrator of a District Six group on social media.