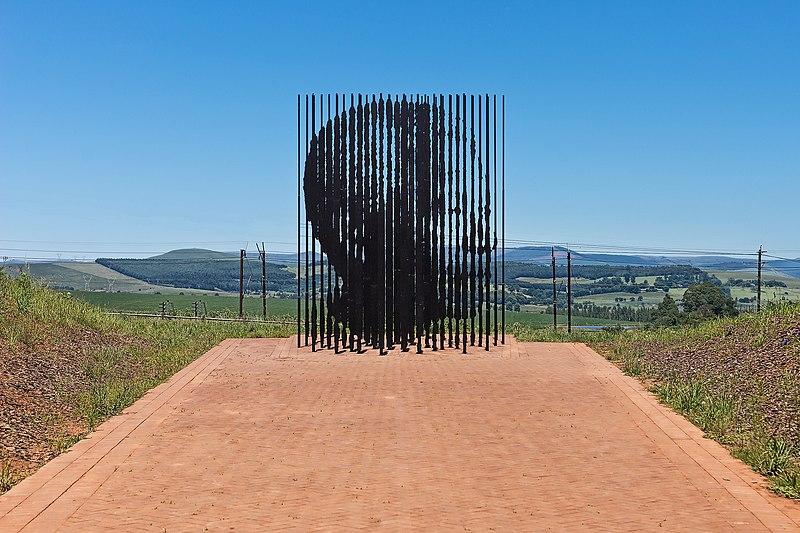 In 1962, the leader of the newly formed Mkhonto we Sizwe (MK) was the apartheid government’s most wanted man and Nelson Mandela was moving around the country in secret. He was so elusive that the media had dubbed him the “Black Pimpernel”. Mandela had recently returned from a visit to newly independent African countries, and to the United Kingdom, aimed at sourcing funding and rallying support for the ANC as well as scouting training opportunities for MK.

He entered South Africa secretly from Botswana (then the British Protectorate of Bechuanaland) and met the leadership of MK at Liliesleaf Farm in Rivonia, north of Johannesburg. He briefed his colleagues on his trip and his discussions and it was agreed that he should travel to Natal to report back to the leader of the ANC, Chief Albert Luthuli. There were considerable risks involved because the police were on full alert and warnings had been issued across the country. There was also the danger of betrayal from within the organisation. 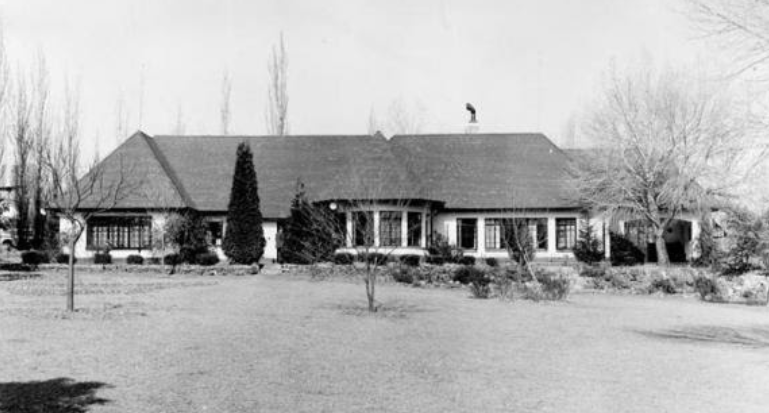 Part of Mandela’s cover was that he was the chauffeur to Cecil Williams, a Johannesburg theatre director, secret communist and ANC supporter who was also gay. Cecil could plausibly pose as being on theatrical business as they travelled around the country and claim that the extent of travel required him to have a driver. In reality Cecil drove the Austin Westminster more often  than Nelson did. 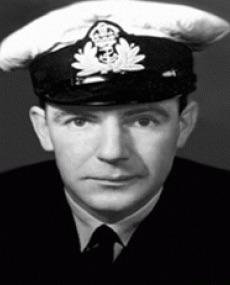 The pair drove down to Durban and up the North Coast to Groutville where Mandela briefed Luthuli on his journey. The following day he met Natal leaders of the ANC in Durban, most of whom were known to him. However, there was one new face, Bruno Mtolo, head of a new sabotage unit and Mandela was to meet him again during the Rivonia Trial when he was giving evidence on behalf of the State.

On 4 August Mandela met old friends and spent the evening with Ismail and Fatima Meer, Monty Naicker and J.N. Singh. The following day, Sunday 5 August 1962, he met up with Cecil Williams again and they began their return trip to Johannesburg in Cecil’s “trusty Austin” (to quote Mandela). The old main road between Durban and Johannesburg wound through the hills of the Natal Midlands and Mandela admired the views of the green hills, the backdrop of the great Drakensberg mountain range and idly chatted about strategy and projects with Cecil. Shortly after leaving Howick, the road ran next to the main railway line and Mandela wrote in a notebook that this may be a convenient place to sabotage the line.

Shortly after this the Austin was overtaken by a Ford V-8 filled with white men and Cecil Williams, who was driving at the time, noticed two more cars behind them. Cecil was forced to slow down and pull off the road. The police had chosen their hiding place well and the terrain gave Mandela and Williams little chance of escape. A dishevelled police officer who appeared to have been lurking in hiding for several days introduced himself as Sergeant Wessels of the Pietermaritzburg police and produced a warrant of arrest. Mandela identified himself by his alias of David Motsamayi, but Wessels brushed this aside, saying “Ag. You’re Nelson Mandela and this is Cecil Williams and you are under arrest.”

Mandela managed to hide his notebook and his pistol before they were taken to the Loop Street Police Station in Pietermaritzburg and locked up separately. Nelson Mandela chastised himself for his carelessness and wondered who had betrayed him. The mystery was solved when Bruno Mtolo appeared as a witness for the State during the Rivonia Trial.

Madiba points out the Capture Site

Shortly before the first democratic election in 1994, the soon-to-be President Mandela visited KwaZulu-Natal on a campaign swing. At that time there was a prominent local politician in Pietermaritzburg, Rob Haswell, who was a member of the pre-1994 Parliament (he had been elected as a Democratic Party/Alliance MP, but had crossed the floor to the ANC). Haswell was sufficiently influential in the ANC to hijack part of Madiba’s schedule and take him up to Howick to identify the spot where he had been captured.

At that time, I was responsible for a major project collecting apartheid and resistance material at the then Natal Museum in Maritzburg. I heard about the proposed expedition and tagged along with a colleague, Andrew Hall, then the head of the National Monuments Council’s regional office in Natal. The media were there in force and the locals arrived in droves. The old main road could not have seen such activity in forty years. The police back in 1962 had chosen their spot well because Cecil Williams couldn’t pull off the road then and in 1994 the dozens of cars had to park precariously on the edges of timber plantations for a kilometre or more in either direction with very important, or self-important, people, hastening back down the middle of the road or clambering through the undergrowth to get to the magic spot.

Nelson Mandela vividly recalled the site and what he said then chimes with what he wrote in his autobiography Long Walk to Freedom which was published a little later in 1994. On the day the politicians were elbowing each other to get closest to the great man and the members of the media pack were snarling at each other as they struggled with cameras, microphones, long poles and other tools of their trade. All this was happening in a very confined space next to the road. When the horde charged off down to Maritzburg again, Andrew and I insinuated ourselves on to the spot that Madiba had vacated. Andrew whipped out his primitive version of a GPS and took the exact co-ordinates of the spot Mandela had indicated. 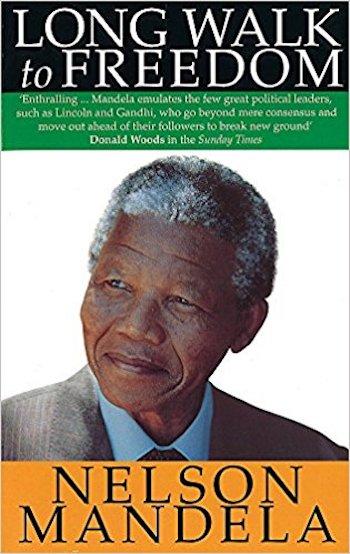 When we got back to our offices, I incorporated the information of the day into the Natal Museum’s documentation system and Andrew began the process of getting the site proclaimed as a National Monument. He ran into some problems as his Regional Committee had several unreconstructed members who tried to block the nomination. Andrew circumvented them and sent the nomination to the NMC Head Office in Cape Town. Here the upper echelons of the NMC were more exposed to the changing political winds and the nomination was rapidly approved. 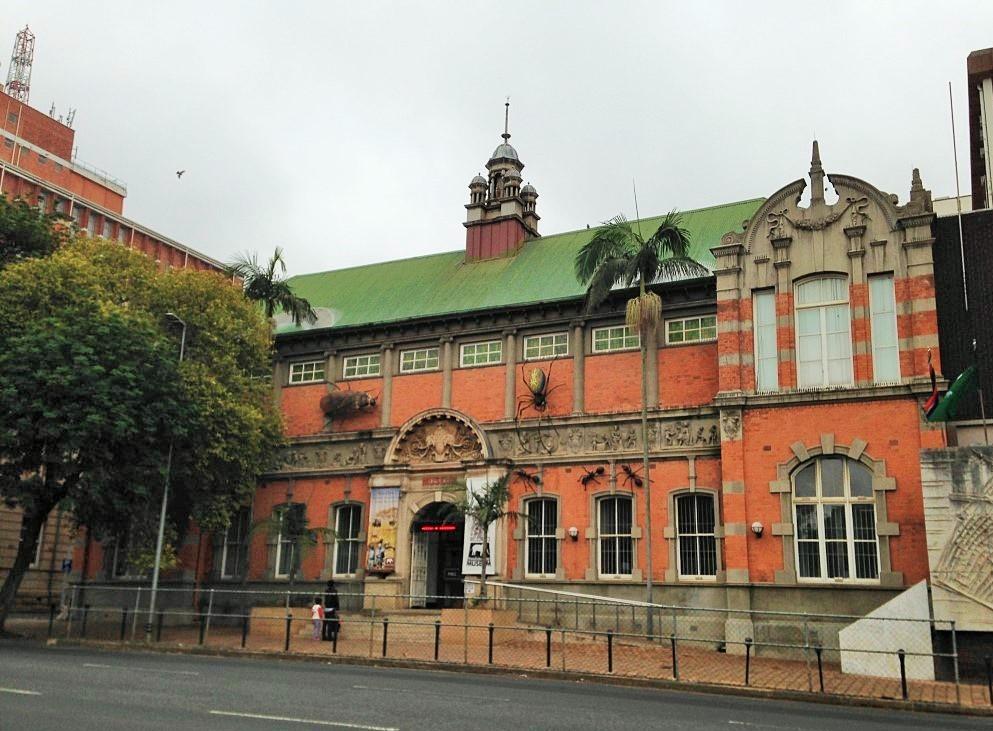 Some years ago, I attended the premiere of a documentary film “The Man who Drove with Mandela” that told the story of Cecil Williams's life. It showed at the Gay and Lesbian Film Festival (organised by my sister-in-law Nodi Murphy) and received critical acclaim. Cecil Williams was played by renowned British actor, Corin Redgrave, and the film was produced and directed by renowned German film director Greta Schiller. It posed the question: how was it that South Africa, of all the countries in the world, was the first to explicitly protect the human rights of LGBTQ+ people? The film paid tribute to the role of Cecil Williams and other gay people in the liberation struggle, a role that the ANC acknowledged and accordingly supported the appropriate constitutional protections. President Mandela in particular singled out the courage of people like Cecil Williams.

The Man who drove with Mandela Movie Poster.jpg

Nowadays there is a magnificent and very moving monument and a small museum at the Mandela Capture Site. On Friday 5 August 2022 local commemorative events were held including a road race. On 25 August 2022 the National Heritage Council will be hosting an “inter-generational dialogue” event at the site to focus the attention of the youth on our history. We hope that the younger generation will learn that this one incident symbolised so much in a much broader struggle for human rights.

[With acknowledgements to Nelson Mandela, A Long Walk to Freedom  Randburg, MacDonald Purnell, 1994]

Dr Graham Dominy is a former National Archivist of South Africa and is also an historian and author. He currently serves as a member of the National Heritage Council.