In the article below, journalist Lucille Davie reveals the discovery of a wonderful piece of maritime heritage in the Eastern Cape. The article was first published on the Brand South Africa website on 10 July 2013. Click here to view more of Davie's writing.

It’s not often that a historically valuable item washes ashore at Port Elizabeth in the Eastern Cape. But on a lazy Sunday in mid-February this year, an octant appeared on the beach.

It was found by local resident Jenny Rump at Bluewater Bay, who at first thought it was just a piece of black plastic protruding from the sand. But then she took the instrument to retired maritime archaeologist Jenny Bennie. “I was absolutely thrilled,” says Bennie, who explains that very few ship artefacts are washed up on the beaches around the city.

An octant is a navigational instrument, and this one probably dates to between 1780 and 1810, explains Bennie.

She is almost certain that the octant belonged to the Dutch sailing ship the Amsterdam, which was run aground almost 200 years ago, on 16 December 1817. Bennie says that she has collected other odd objects from the ship, such as a glass sky light or bits of rope, so that’s why the octant find is so special.

The ship, recorded captain Hermanus Hofmeijer in his journal, hit a fierce storm in 1817, the wind ripping apart the sails and snapping the masts, and it began to take on water. Eleven hours later, with an exhausted crew and the battle with the water lost, the captain decided to do the only sensible thing – he ran the ship aground between the Zwartkops and Coega rivers, to save the lives of his crew. He lost only three of the 223 men aboard. He feared he might be court martialled for losing company property, but instead was acknowledged for saving most of the crew.

She had been on a return journey from the Dutch East Indies, heading for the Netherlands, when she ran aground in Algoa Bay. She was originally built as a man o’ war, but was later converted into a troop carrier. Hofmeijer sold all the items of value on the ship, advertised in the Cape Government Gazette: “Sale of the Dutch Ship, Amsterdam, of 90 guns and that part of her cargo saved, in Uitenhage on 22 December 1817”. The crew were taken to Uitenhage before sailing back to the Netherlands a month later.

Bennie did her Master’s degree on the wreck of the Amsterdam, which included translating the captain’s journal into English. The ship was launched on 1 July 1806 in Amsterdam, under the name Leeuw. She was renamed the Commercie Amsterdam, and later the Amsterdamsche Handel, before she eventually became the Amsterdam in January 1814.

The octant is made of ebony, an extremely hard, dark wood, with brass fittings. Bennie points out that there are only four matches with octants at the National Maritime Museum in Greenwich, London. The octant would have had an ivory pencil, allowing the captain to record his readings. Also missing are some brass fittings, the ivory scale and an ivory plate indicating the manufacturer’s name.

The octant was developed by John Hadley of England around 1730. It provided a number of advantages over previous instruments, measuring the angle between the sun or moon or a star and the horizon. This angle was then used to indicate the position of the ship.

Octant of the ship Amsterdam found near Port Elizabeth via Lucille Davie.png 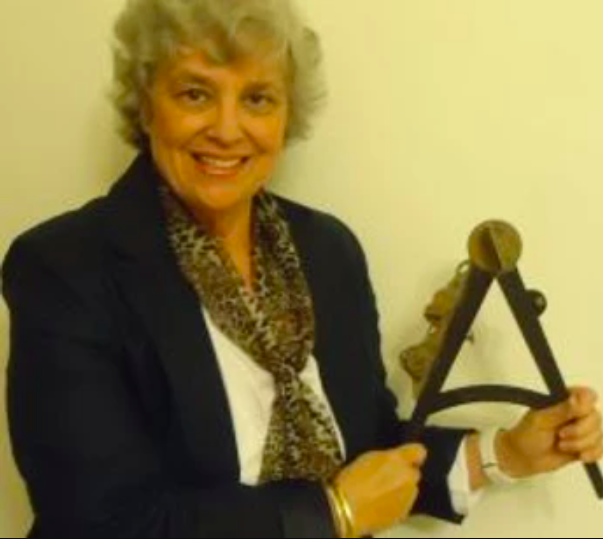 Protruding from the sand

Back in 1985 a section of the hull of the Amsterdam was found protruding from the sand just offshore. It was a rare sighting and the subsequent rescue of a four-ton section, now displayed at the Port Elizabeth Museum, was a triumph for Bennie and her rescue team. The ribs of the hull disappeared again back into the sand in the stormy seas off Port Elizabeth. This has been the secret to the wood surviving – as it is submerged in the sand it has no exposure to oxygen, and salt damage is minimised.

“Most wooden ships would not last more than 10 years,” explains Bennie.

When a ship was under threat of sinking, cannons would have been dumped overboard, never to be found again. But a number of cannons were hauled from the sea shortly after the Amsterdam ran aground – one is on display at Cannon Hill in Uitenhage, some 20km outside Port Elizabeth; two others were sold.

In 2009, two bronze rudder hinges and several bronze nails were washed ashore. It had been thought that the ship was constructed only with wooden dowels, but the nails confirmed that this was not the case.

The huge 6m high wooden rudder post was also washed ashore. Originally, the post would have been attached to the stern. In the interests of preservation, Bennie decided to bury it again in the sand until suitable facilities for its treatment were available. Her major task now is to preserve the octant. This means washing it repeatedly and drying it in a shed to control the humidity levels.

She has been in contact with the Scheepvaartmuseum in the Netherlands, where the instrument might eventually be displayed. Bennie intends writing a paper on the octant for the International Journal of Maritime Archaeology.

There are six shipwrecks off the coast of Port Elizabeth, wrecked in the decades after the Amsterdam was run aground.

The Oaklands was wrecked near the mouth of the Coega River in Algoa Bay on 20 March 1860. The Harbinger came ashore next to the hulk of the Oaklands on 24 May 1860. The Portsmouth was wrecked on 14 March 1866 when her cables parted during a north-west gale. The John N Gamewell drifted ashore on 15 December 1880. The Gerhardine ran ashore on the reef at Coega River mouth on 8 May 1888.

And,15 years later, the County of Pembroke was initially wrecked on 14 November 1903 on North End beach. “Being considered a shipping hazard, she was towed to the Coega area as it was considered a safe place to dump the hull, and only re-discovered in 2004,” explains Bennie.