A Brief History of Parkview 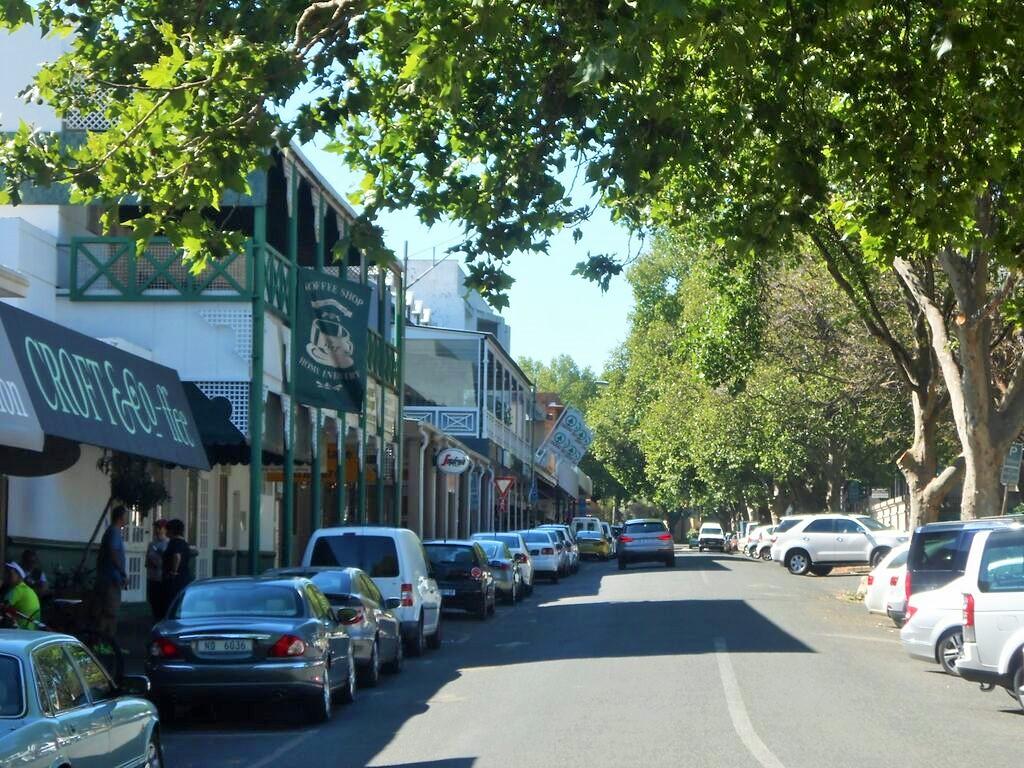 In November 1987 members of the Johannesburg Historical Foundation paid a visit to the 'village' of Parkview. I use the word 'village' deliberately because this has always been a friendly suburb with a particular character of its own where I lived as a child and never visit without a feeling of nostalgia. After all, don't street names like Kilkenny, Kerry, Roscommon, Westmeath, Kildare and Wicklow evoke visions of somewhere green as shamrocks, fresh and soft as Irish mist, where the road rises to meet you and the sun shines warm upon your face?

Not all the names are Irish, however - inevitably, as one approaches the golf course, the Scottish influence becomes evident - Kinross, Selkirk, Crieff. The name of the suburb itself came about simply because it had a view of Herman Eckstein park, better known as the Zoo, which had been given to the people of Johannesburg in 1903 by the Wernher, Beit Company in memory of Hermann Eckstein who had died ten years previously.

All of the area had originally been part of the Geldenhuys farm, Braamfontein. Zoo Lake had been the main farm dam, the water coming from the Parktown Spruit, which arose in the Sachsenwald. The hippo pool in the Zoo is at a particularly strong eye of the Spruit. 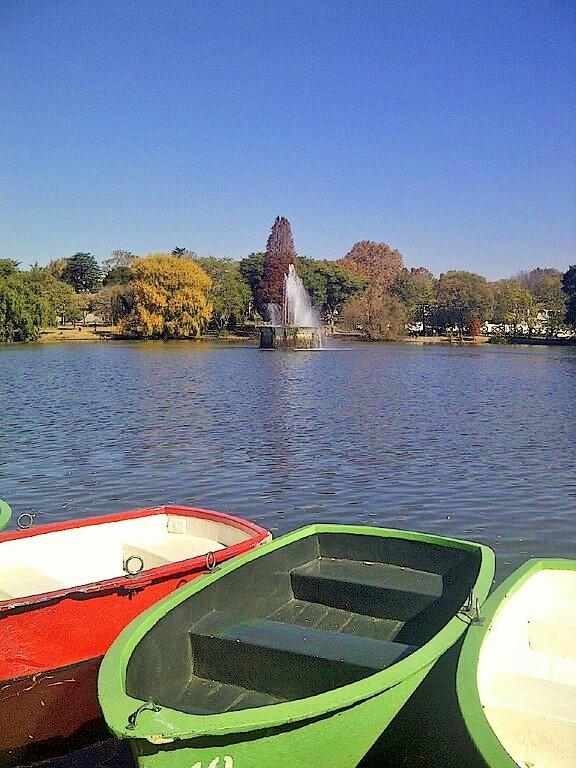 When it was realised that there was no payable gold in the area, the Braamfontein Company, to which it belonged, decided to develop it residentially. The suburb afterwards passed into the hands of the Transvaal Consolidated Land and Exploration Company Limited which developed it in 1907.

In 1906 the suburb was laid out by Charles Presswell Tompkins in the traditional gridiron pattern in accordance with the old Transvaal Republic Gold Law which laid down that claim holders were entitled to residential erfs not less than 50 Cape feet by 50 Cape feet in extent, and that access to the Reef was by roads running at right angles to the strike of the Reef, i.e. north-south and east-west. This rigid pattern applied to virtually the whole of Johannesburg and totally disregarded such necessities as reasonable access or realistic stormwater drainage. Areas were left for churches and schools. St Columba's Presbyterian Church paid £25 for its ground, an amount which was refunded by Thomas Reekie not long ago!

The actual damming of Zoo Lake was sanctioned by the Johannesburg Town Council in the same year, 1906, at a cost of £106.1s.4d plus £30 for supervision. It was enlarged as a relief work project during the depression of the next few years and boating rights were granted in 1910. The Zoo itself was originally called 'The Menagerie' and most of the animals came from Sir Percy FitzPatrick's private collection. A particular favourite was a lion called 'Mac', whose foot had been caught in a trap and who had a most extraordinary relationship with a dog. Fillis' Circus would pay an occasional visit to the intense excitement of the neighbourhood.

In 1907 Major John W O'Hara, a most colourful character, came to live in Parkview and the connection with the Emerald Isle is due to him. He built a magnificent house which still stands,at the corner of Kilkenny and Wexford Avenue. The house was built of rock from the nearby quarry on Westcliff hill where marks of blasting can still be seen. At home, it is said, he was an autocratic and irascible old Irishman who ruled his household with a rod of iron. He had a great fluted electric light switch installed which controlled the lighting in the whole house, so that if his children came home late they would have to stumble inside in total darkness. The governess, Miss Northcroft, who taught the children the violin, would catch the tram to the Zoo and walk along the dusty roads, while the Major, I am told, would ride right past her and never offer her a lift. 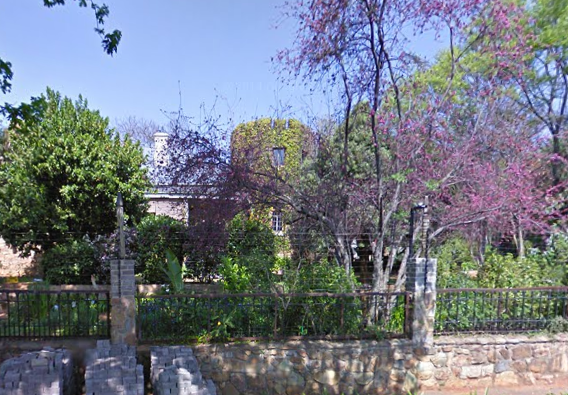 He became mayor of Johannesburg in 1916 and was one of the best and most civic minded mayors in the City's history. His memory has recently been honoured at the University of the Witwatersrand by the laying of an attractive brick walkway on the East Campus named ""The Major O'Hara Mall""

A plaque was unveiled in the presence of his descendants indicating the pioneer work he had done towards the founding of the University. In 1916 the Union Parliament conferred university status on Cape Town and Stellenbosch. When it was realised that Johannesburg had been excluded, apparently deliberately, from the legislation to extend university education, two protest meetings were held, the second of which was the biggest meeting held up to that time in Johannesburg. In the chair was Major O'Hara, a staunch friend of the university movement. As a result a concept of a university was formulated not just for Johannesburg but for the whole Witwatersrand which became a reality when the University of the Witwatersrand was constituted in 1922.

Major O'Hara's house accommodated nine people. There is a drawing room and a very large dining room which has a delightful bay window. The house has six fireplaces with elaborate wooden surrounds. In the dining and drawing rooms are four roof lights in the old wild rhubarb design plus central chandeliers. There are bell-pulls in all the major rooms. A fascinating feature is a turret room which is used as a sewing room. A spiral staircase to it was planned but proved to be too expensive. The steep and difficult steps to the turret which were installed instead conjure up visions of Rumpelstiltskin spinning away locked in his battlemented turret room!

The old kitchen, which the present, most caring owner is preserving as far as possible, had a coal range and a slow combustion stove. There are remains of three water tanks and a well. A battlemented facade tops the former carriage houses and stables. Throughout the house are wonderful high pressed steel ceilings. I imagine the little O'Haras lying in bed counting the vertical squares, multiplying by the horizontal and dividing by the diagonal, thereby no doubt improving their mental arithmetic!

The house was later owned by Mrs Elzbietta Foxcroft, a White Russian refugee from the Bolshevik Revolution who had walked across Europe to Paris with her mother. She held the Chair of Russian language at Unisa and told wonderful stories to the neighbourhood children.

Also in Kilkenny Road is the house designed by Monsberg for Mrs W H Auret Pritchard whose husband had surveyed as stands the claims previously pegged off on Randjeslaagte for golf mining. J Sterner was the architect for several typical Edwardian villas completely surrounded by verandahs built in 1907 for directors of the Transvaal Consolidated Land and Exploration Company at a cost of £1 300 each.

Many interesting [famous and infamous] people have lived in Parkview. Dr H F Verwoerd was there for a time before joining Dr D F Malan's Cabinet as Minister of Native Affairs. Des Lindberg, the entertainer grew up in Galway Road, as did Rayne Kruger, the author of ""Goodbye Dolly Gray"". Carole Charlewood, the TV personality lived in the suburb.

What other tales do your tree-lined streets have to tell dear old Parkview?

[It has been almost thirty years since this article appeared in the Johannesburg Historical Foundation's journal. We're sure there are many more stories to tell!]