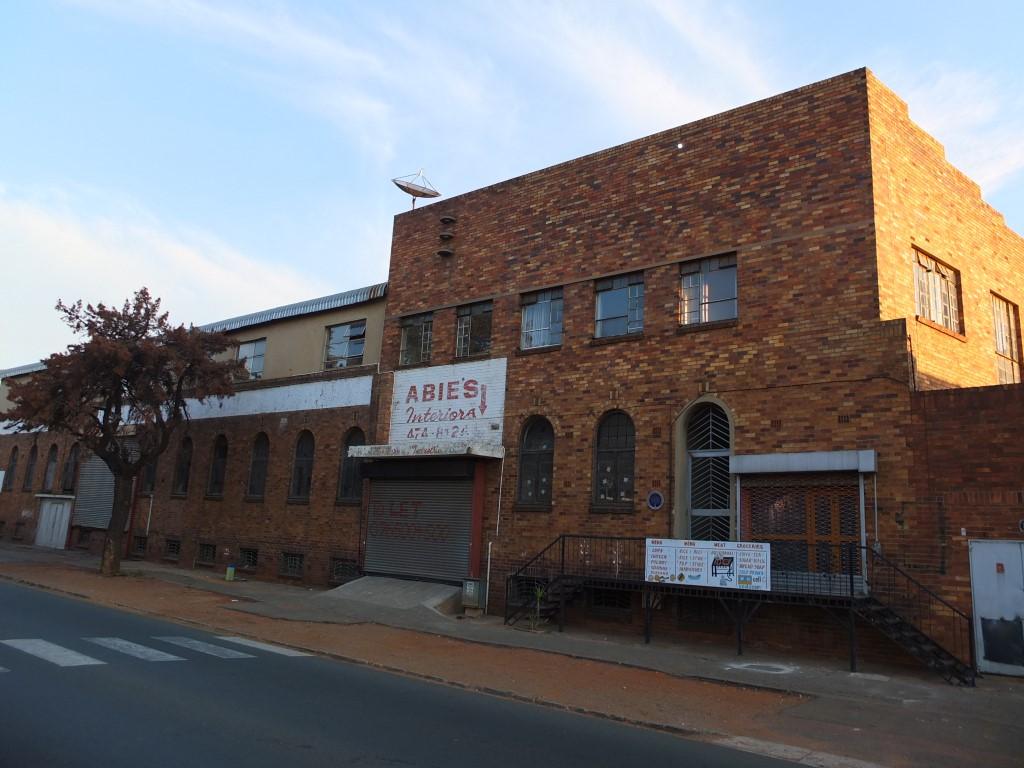 A prestigious blue plaque was recently unveiled on the old offices and printing works of Bantu World, the first national publication aimed solely at a black readership. Below are a few details on the history and significance of the site compiled by Tsica Heritage Consultants for the City of Joburg.

11 Newclare Road was the printing works and offices of the Bantu Press PTY Ltd. Although white owned, Bantu World served as pre-cursor to Drum magazine and The Sowetan. Unlike previous black newspapers it had a national footprint with circulation figures that put the older independent newspapers to shame.

Bertram F.G. Paver founded the press in April 1932. While working in advertising, Paver had the idea of taking over most of the existing black newspapers and coordinating advertising – a project clearly aimed at penetrating the emerging urban black consumer market. Soon after however, the press had essentially acquired many independent publications such as Imvo, Ilongo, Ikwezi le Afrika and Mochochonono (Couzens, 1976)

From the outset, influential figures from the publishing industry were involved as highlighted by P Mbonambi (see source 4 below):

Other prominent figures included first editor Richard Victor Selope Thema (a leader in the early years of the ANC. He is buried in the nearby Croesus/ Newclare cemetery), Aggrey Klaaste and photographers Ernest Cole and Sam Nzima.

During the 1940s Bantu World was twice bombed by the Ossewabrandwag. Bantu World also has the distinction of having been printed at both ends of the continent as copies were printed in Cairo for black South African soldiers during the Second World War (Couzens, 1976).

Bantu World (or The World as it was renamed in 1956) extensively reported on the 1976 student uprisings and was the first to publish photographer Nzima’s famous picture of the dying Hector Pieterson being carried by Mbuyisa Makhubo.  "I saw a child fall down," Nzima later said; "under a shower of bullets I rushed forward and went for the picture." (Davie, 2006) During the 1970s the government banned The World but it soon re-emerged as The Sowetan (Maake, 2006). 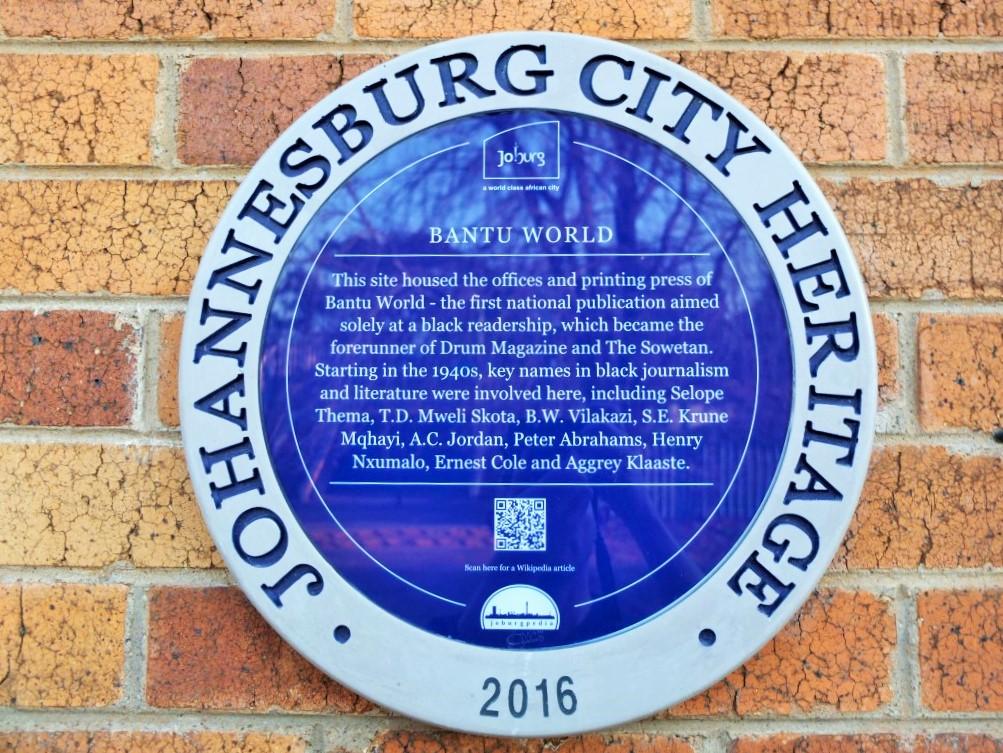 The printing works and offices are indicative of a printing press from the mid-20th century. The site is of architectural and cultural significance as well known architects from the period added and altered the site to accommodate the growing needs of a major black weekly publication. The spaces are also indicative of industrial architectural planning under the Union and apartheid governments. A white owned press printing a black national newspaper employing some of the finest black public intellectuals of the time is remarkable in and of itself. However, the racial division of space as is apparent in the planning of the offices and printing works (with their allocated “Native Lavatories” etc.) leaves a poignant reminder of the daily indignities black South Africans faced. The significance of Bantu World, as forerunner to The World, Drum and The Sowetan, and employing the finest black editors, writers and photographers is of national significance.