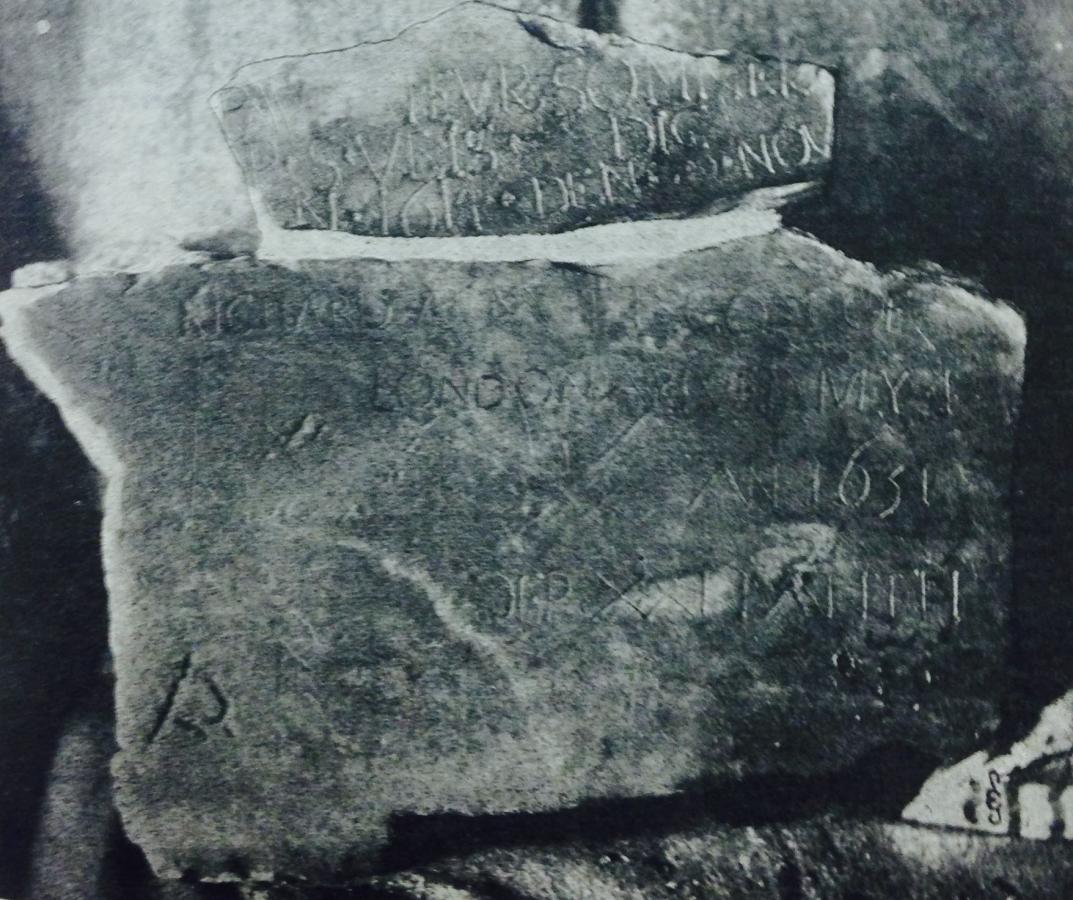 We stumbled across this fascinating piece in a 1907 edition of the South African Railway Magazine. It tells the story of the discovery of some remarkable early Cape history. Thank you to the Heritage Office at Transnet for giving us access to their archives.

The 'Post Office Stones' which form the subject of an illustration on this page were discovered on March 7 last, in the course of excavations for the foundation of the south-east tower of Cape Town Suburban Station. The following extract from the "Cape Times" of March 14 will be read with interest:

"While the excavations in Strand Street were in progress, the workmen struck a large mass of rock, some twenty feet below the present level of the ground. Mr. Humberstone, foreman in charge of works, examined the rock and it was soon found that it sloped downwards towards the sea.

Further excavations revealed the most interesting fact that a series of steps had been hewn in the solid rock, evidently to facilitate landing from the boats, and the surrounding formation tends to bear out the theory that at this point in former days there was a little creek leading right up to the steps. There can be no doubt whatever that the steps are not natural - that is to say, they have been cut out by the hand of man; and there can be equally little doubt that they mark the spot where, in days long past, the sailors came ashore. Possibly it was up these very steps that Van Riebeeck came into possession of his settlement.

Mr. Humberstone proceeded to make further excavations and soon came across a number of rocks, which, on examination were found to bear inscriptions. Some of these are very much damaged and broken, but others are perfectly legible today, though they have been buried probably for nearly three hundred years. The oldest of the inscriptions is very fragmentary:

Rudely carved across these letters is the date 1618, and the letters: VINCENT STA GEART

This is the oldest inscription which has yet been discovered, though no doubt many of a more ancient date still remain buried, as both English and Dutch ships were calling here regularly as early as 1602.

The inscription on the largest stone is as follows, as nearly as it is possible to decipher it:

The inscription is fairly easily translated though the names of the ships are perhaps rather doubtful. 'Hereunder' it seems to run, 'lie letters from the Commander of the "Lee I. Vige" (?), Commander P. C. Roock, with the "Alderman of Nassau Fre (derick) Hendrik (of) Nimmegen; "The Weasel" (?) and the Galiot are here the 9th April 1632, from Batavia. Arrived 8, departed 15, ditto.'

The obverse side of the same stone bears the following inscription in English:

This is the only inscription in English yet discovered."