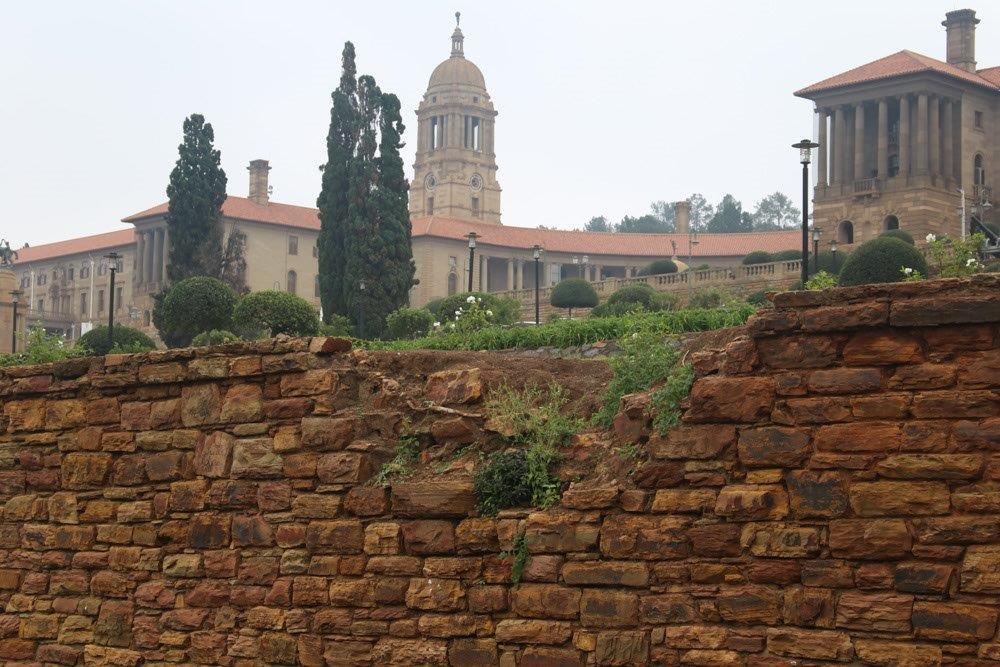 I regularly exercise in the Union Buildings gardens and since 2017 I have been advising the Department of Public Works of water leaks and other maintenance issues, most of which were dealt with promptly by Bennitto Motitswe, but since his transfer, things have gotten much worse. I sent a comprehensive list of issues to the Department in May 2019, along with photos. Apart from a water leak repair and a significant improvement in the maintenance of the gardens themselves, none of the other more serious issues I raised have been dealt with. All of the issues I have noted would have been picked up by anyone doing even the most cursory inspection of the precinct. 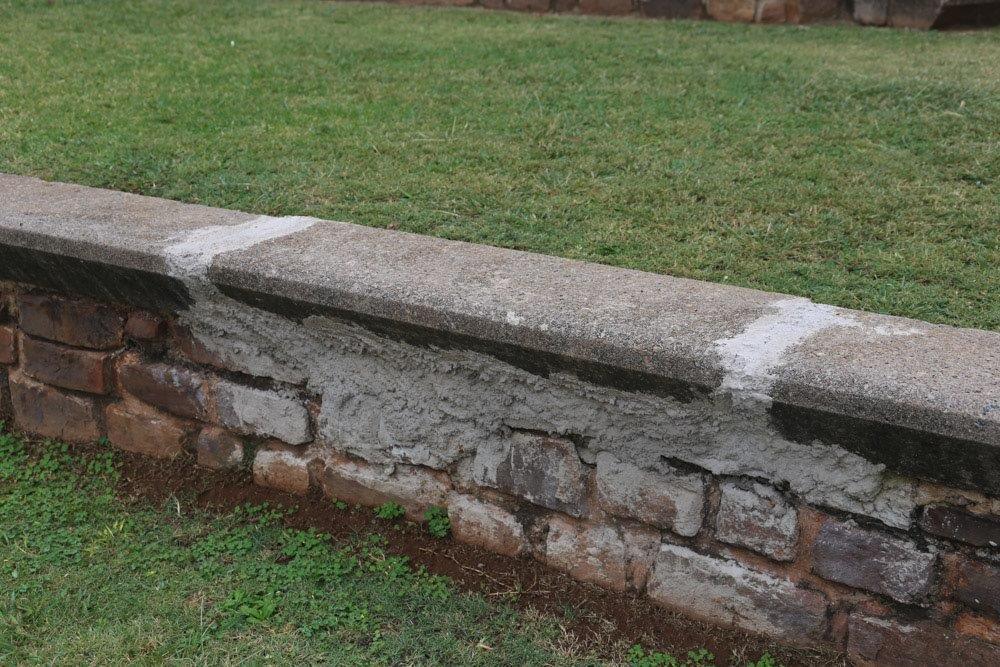 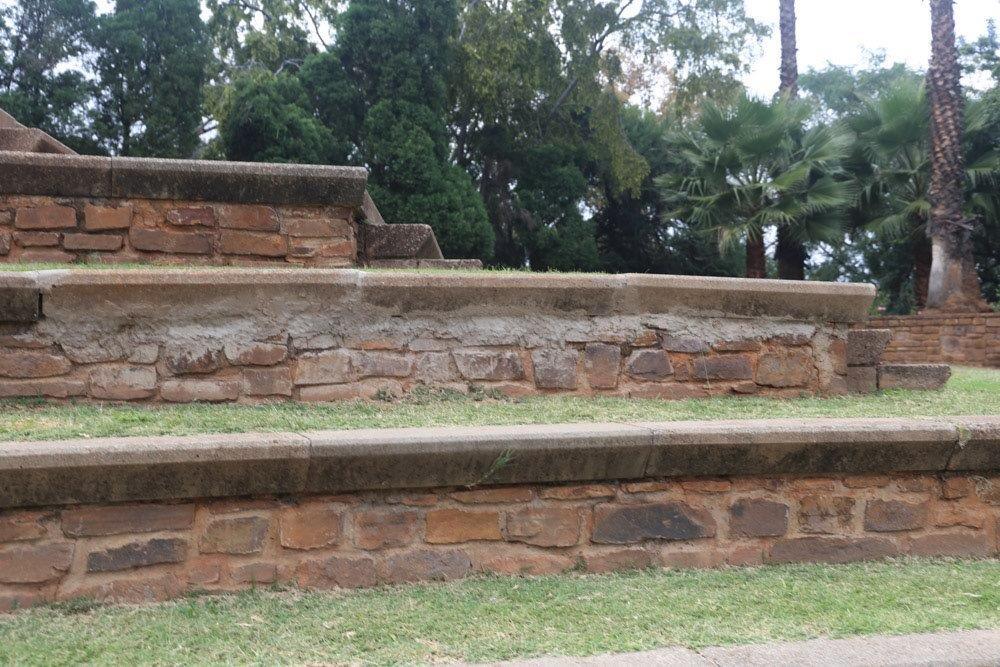 The quality of the workmanship was appalling, with the copings being replaced skew and cement mortar having been spilt all over the stonework below the coping. You would certainly not want the individual responsible for that work to go anywhere near the other stone masonry in the Union Buildings gardens that needs repair. 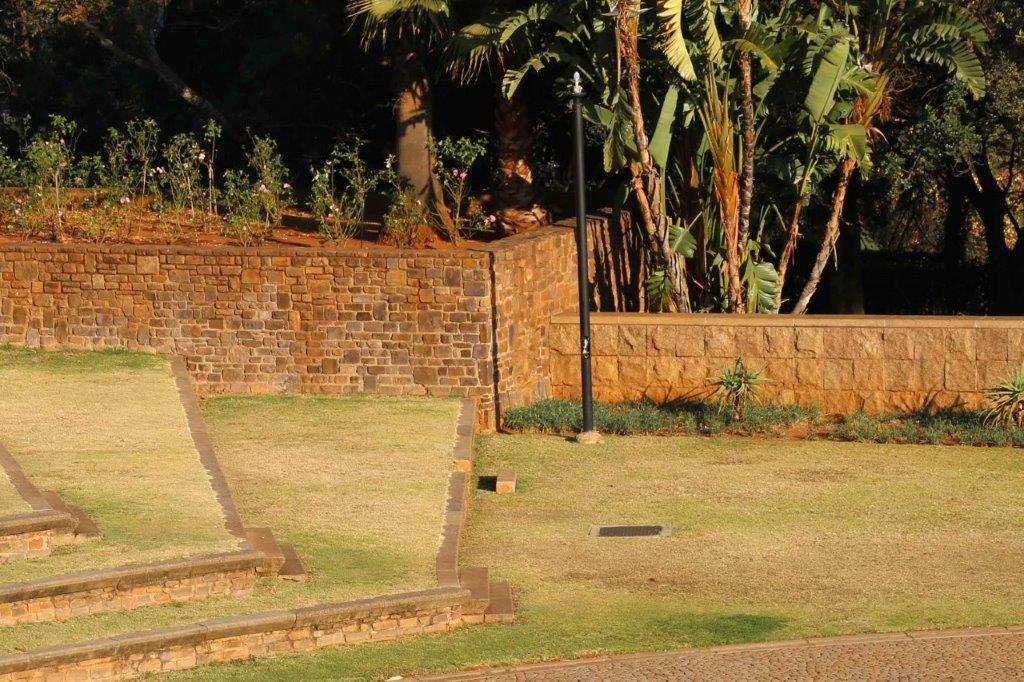 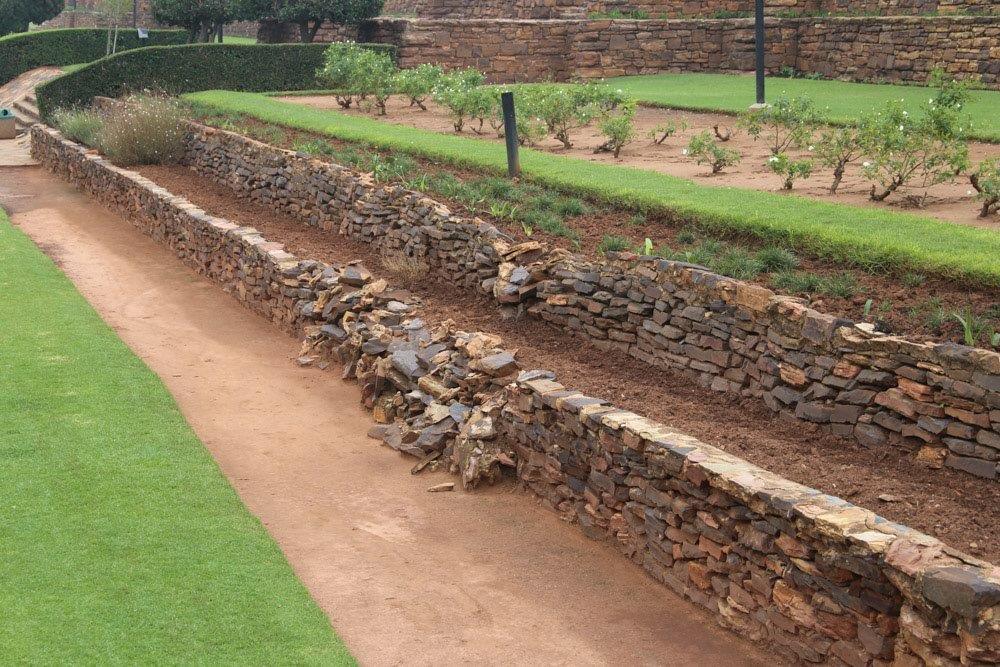 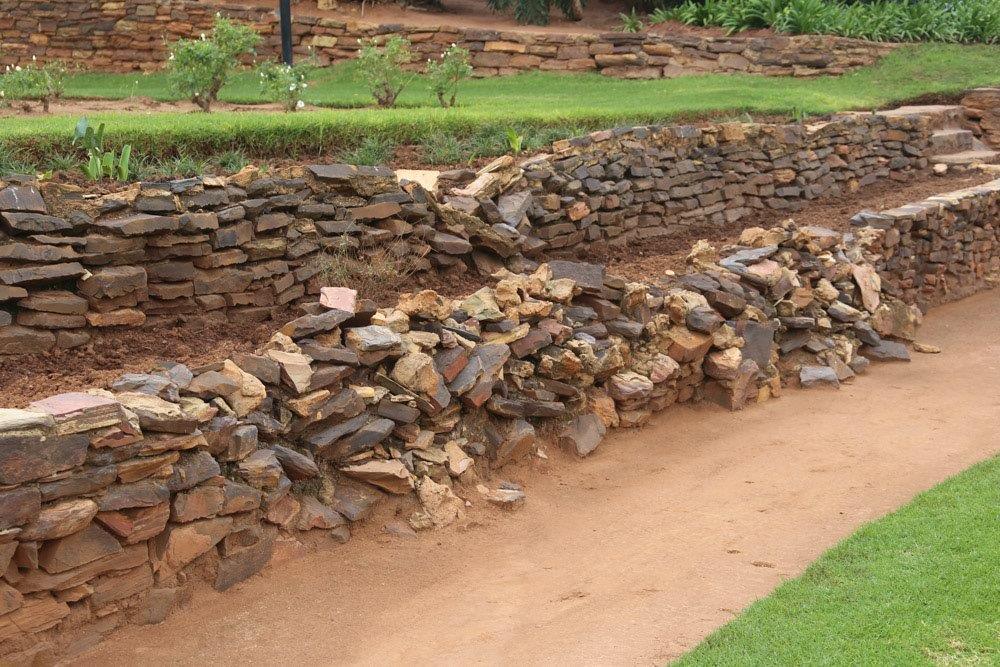 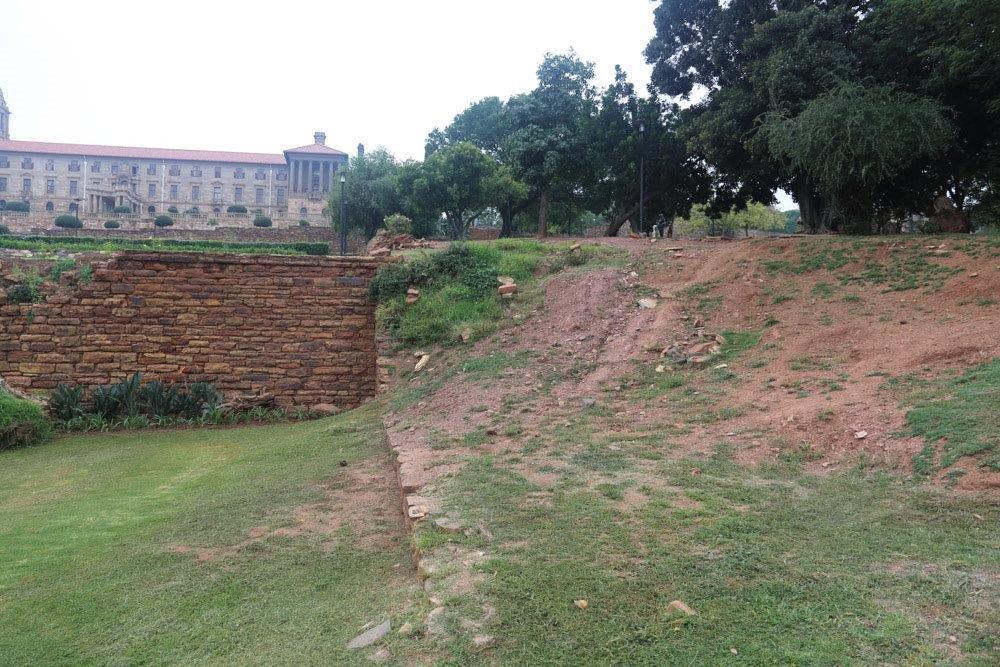 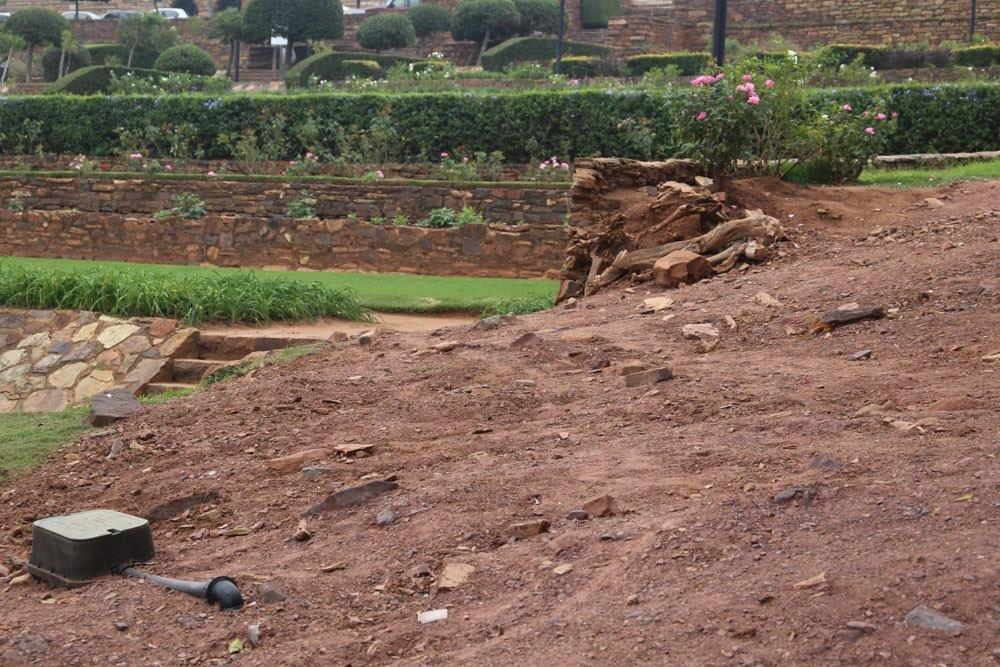 There are sections of the dry stone walling collapsing or collapsed in various places and it appears that the collapsed stone has been removed, rather than retained to repair the damage. If the walls are not repaired urgently, they will continue to collapse. However, it is imperative that you get a competent stonemason to do this work. I suggest that officials do a site inspection to the Lyttelton Dolomite premises in Botha Avenue, Centurion, to see what good quality stonemasonry should look like. 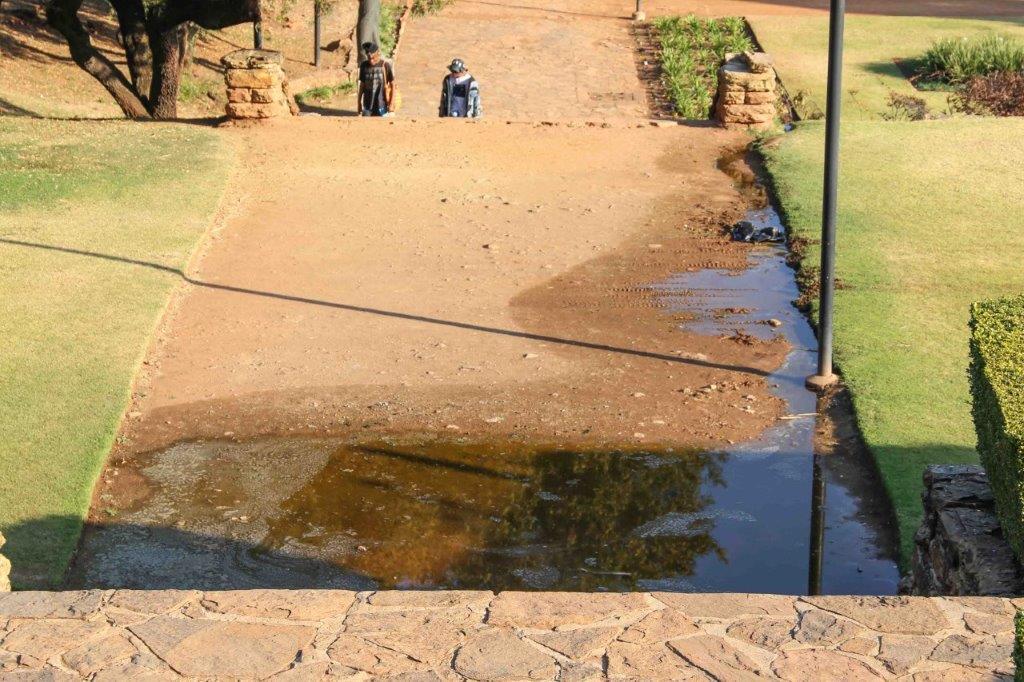 This water leak has been present for at least six months 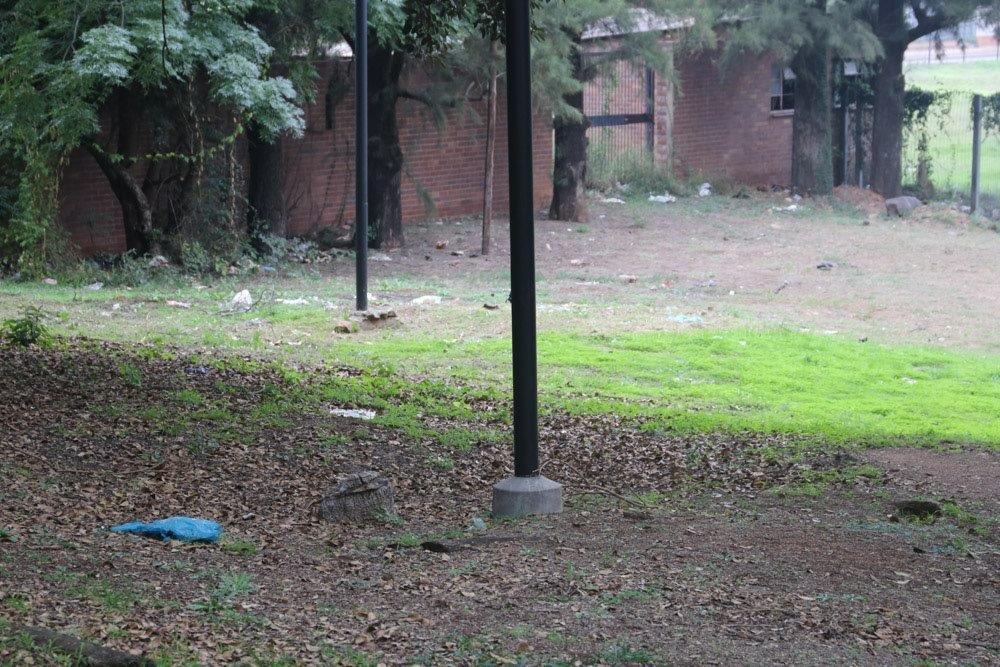 I regularly run in the Union Buildings gardens at around 6am and it is apparent that there are a number of vagrants living in the gardens, as it seems that the bottom gates are no longer locked at night, neither is there any visible security anymore. This is leading to the widespread cable theft and theft of light fittings. 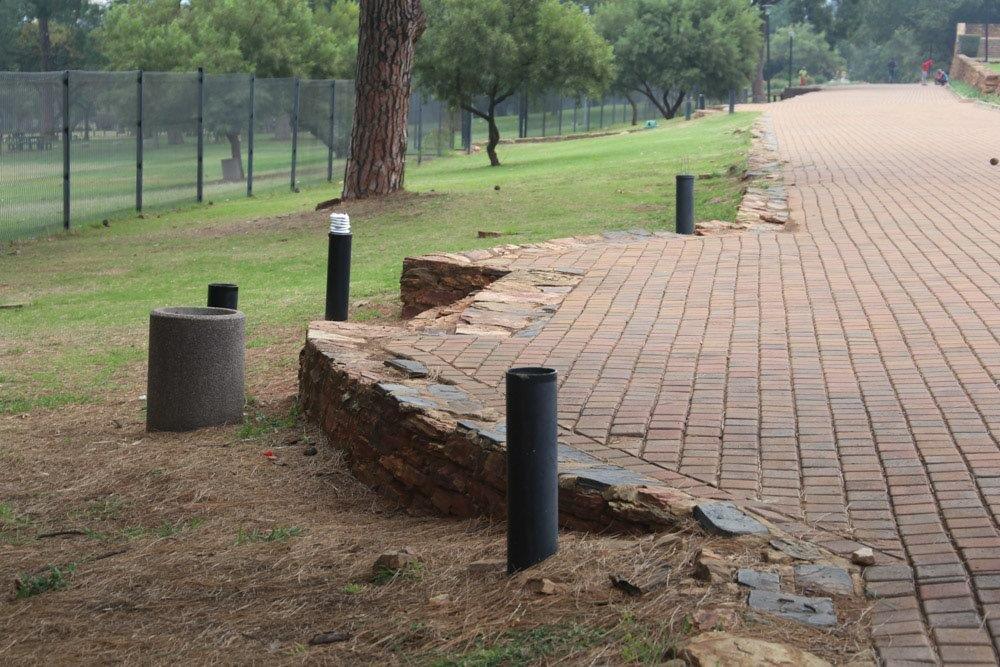 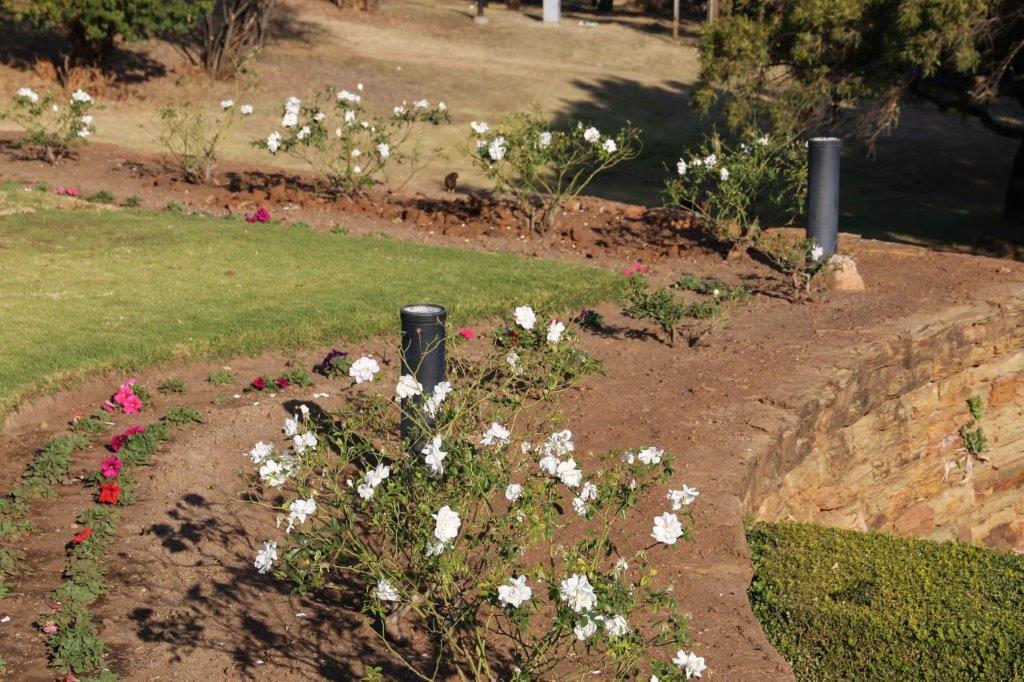 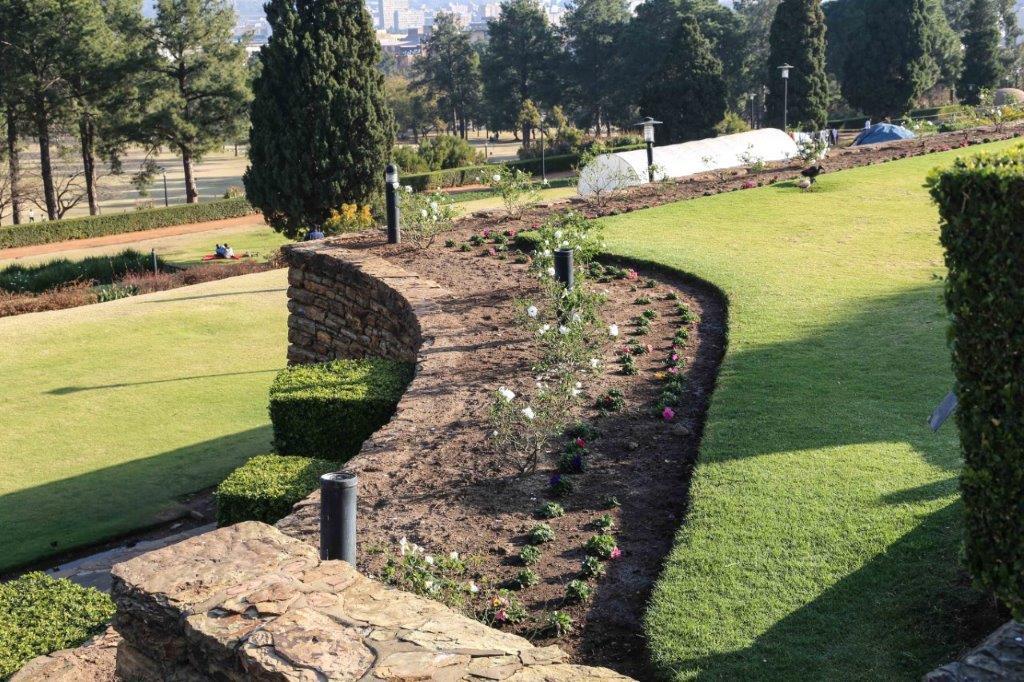 Light fittings are being stolen for scrap 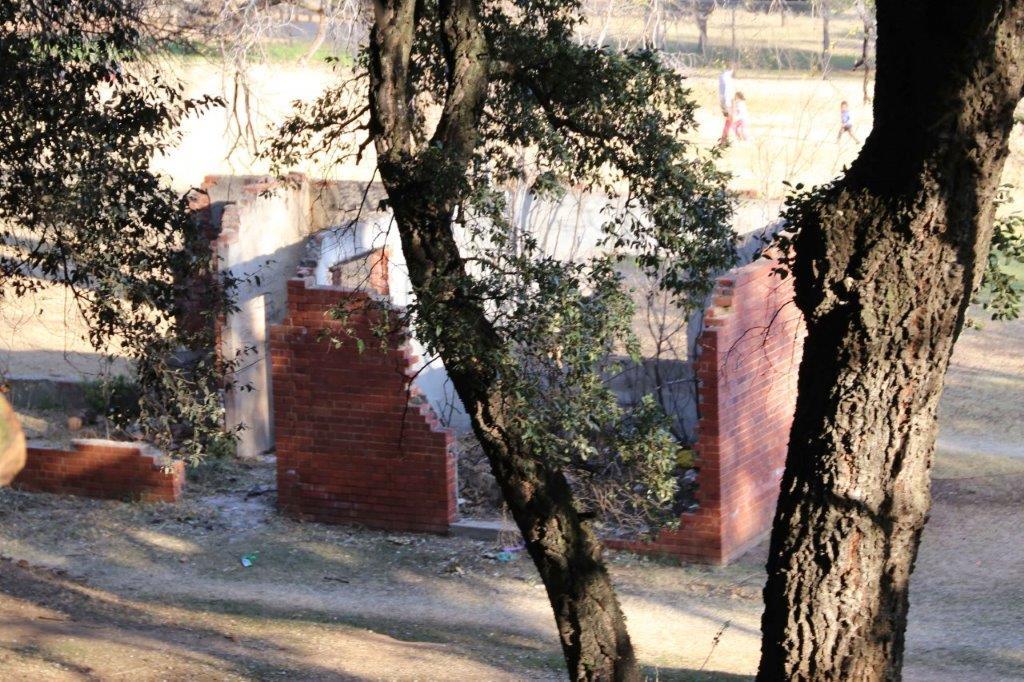 There are various structures in the western part of the gardens that are vandalised and/or partially demolished. 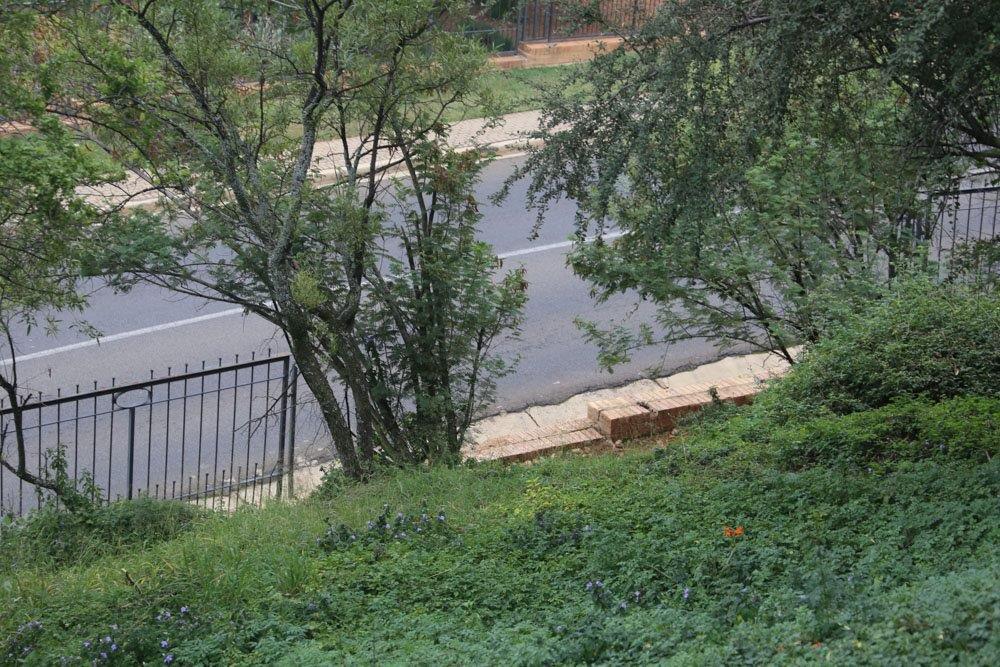 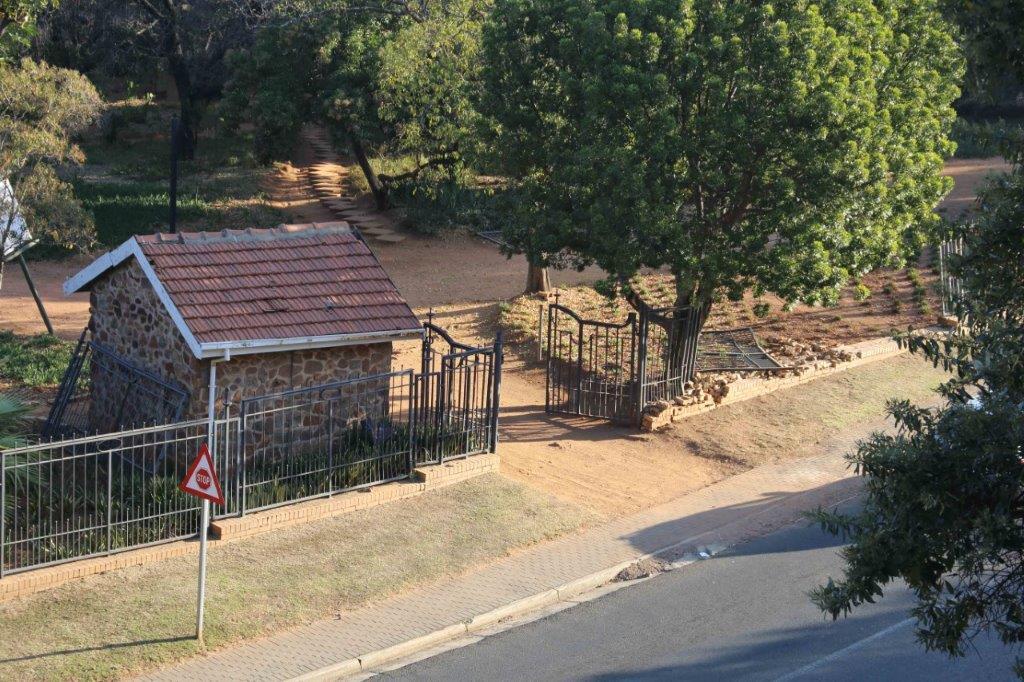 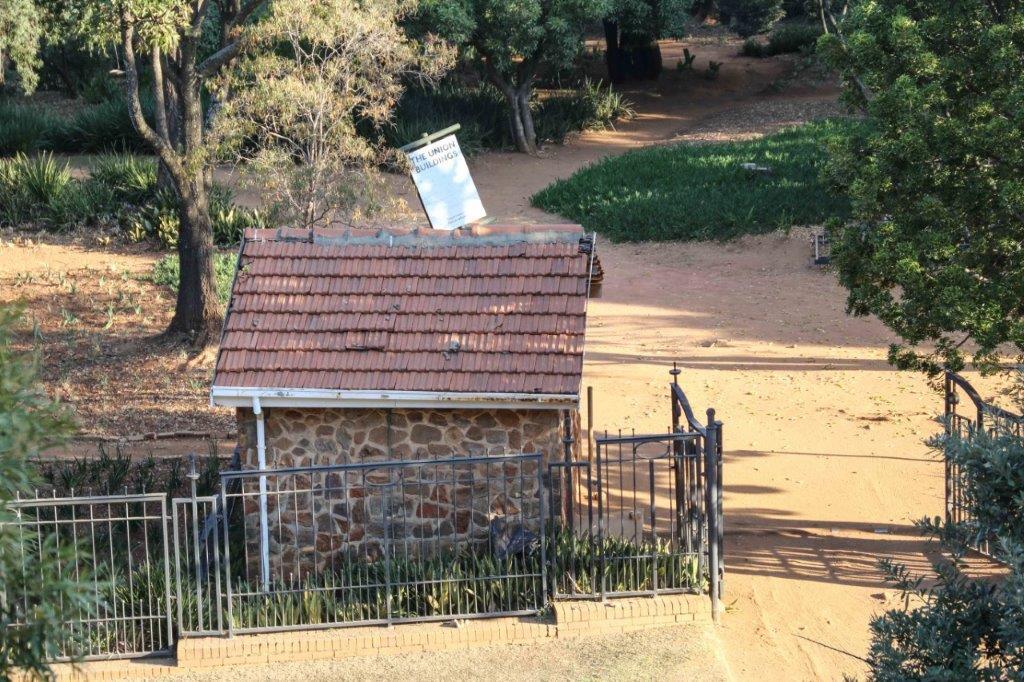 I have raised the issue of the lack of maintenance and security along the section of Government Avenue down the hill towards Stanza Bopape Street on numerous occasions. The gardens are now occupied by a large number of vagrants and the area is filthy. All of the streetlights have been stolen and the road is clearly used as a race track at night, with serious accidents and damage to fences occurring almost weekly. I suggested in 2019 that speed humps be installed, but nothing has been done. There is also a manhole cover that has been missing for more than three years. 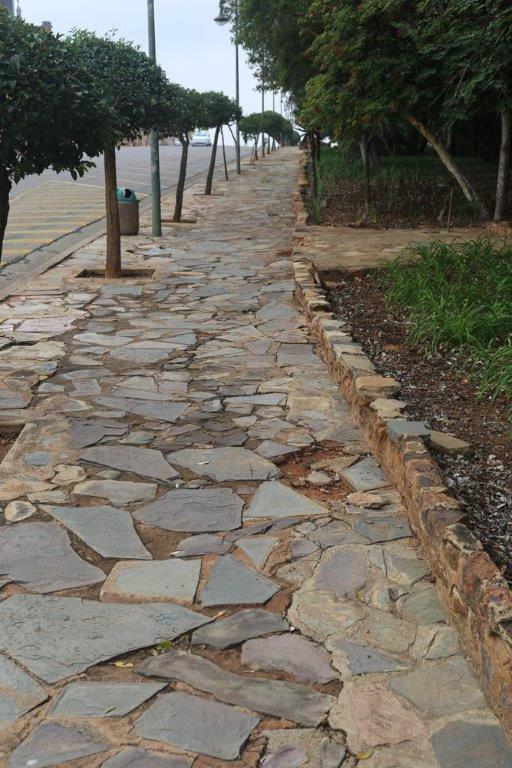 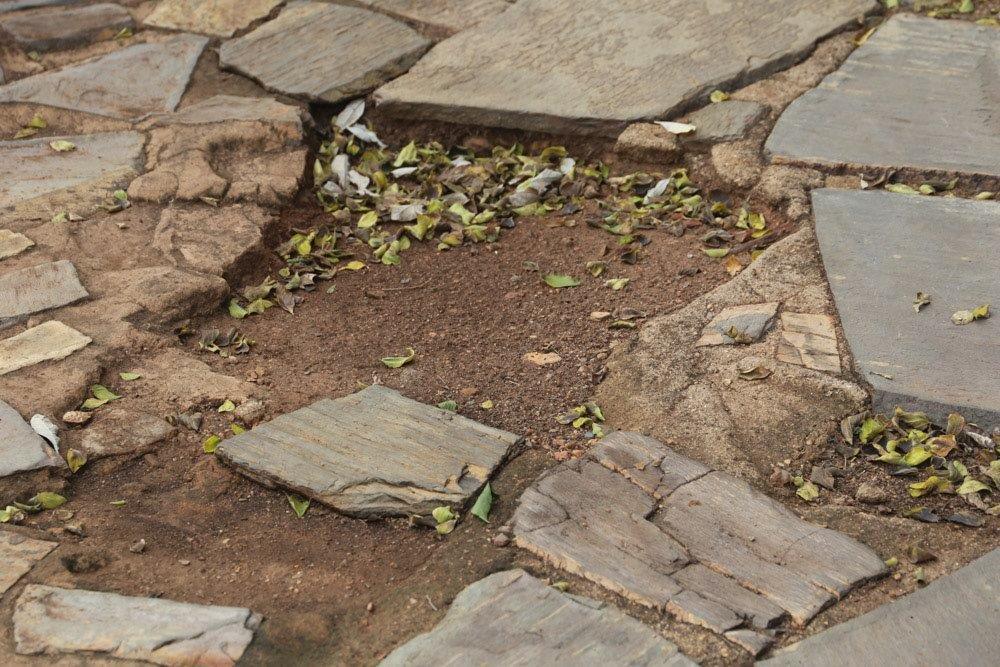 This damaged slasto has been like this for a very long time. Some of the loose pieces have been removed, leaving holes. This poses a serious tripping hazard and I believe that the Department would be held liable if a member of the public were to be injured. Repairing this properly would be a simple exercise. 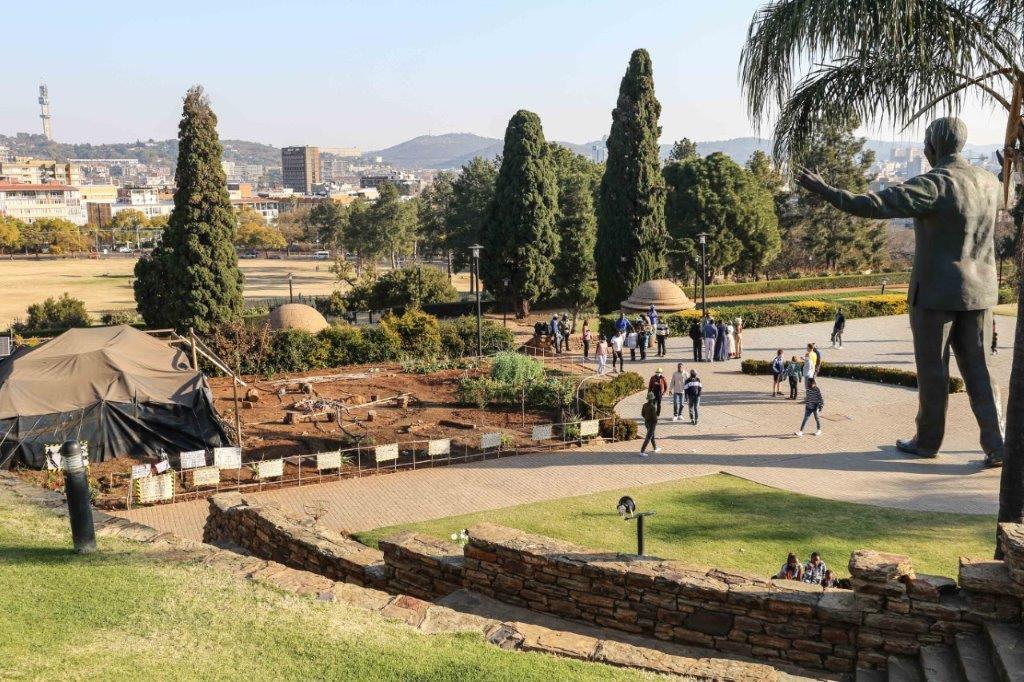 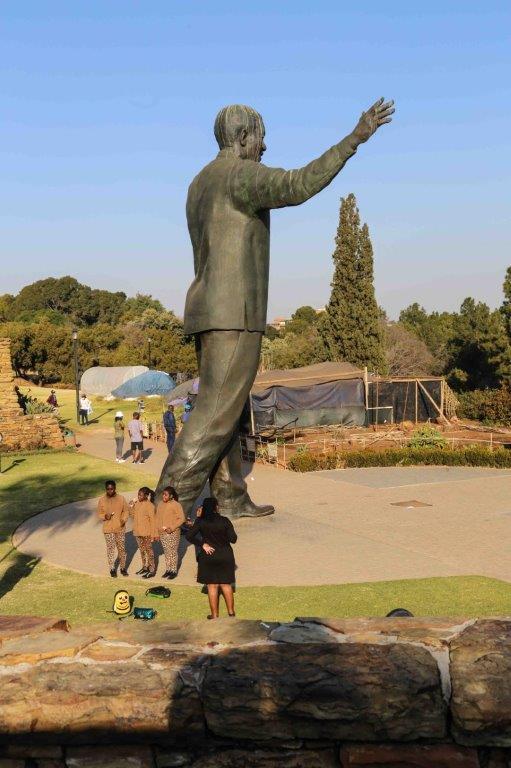 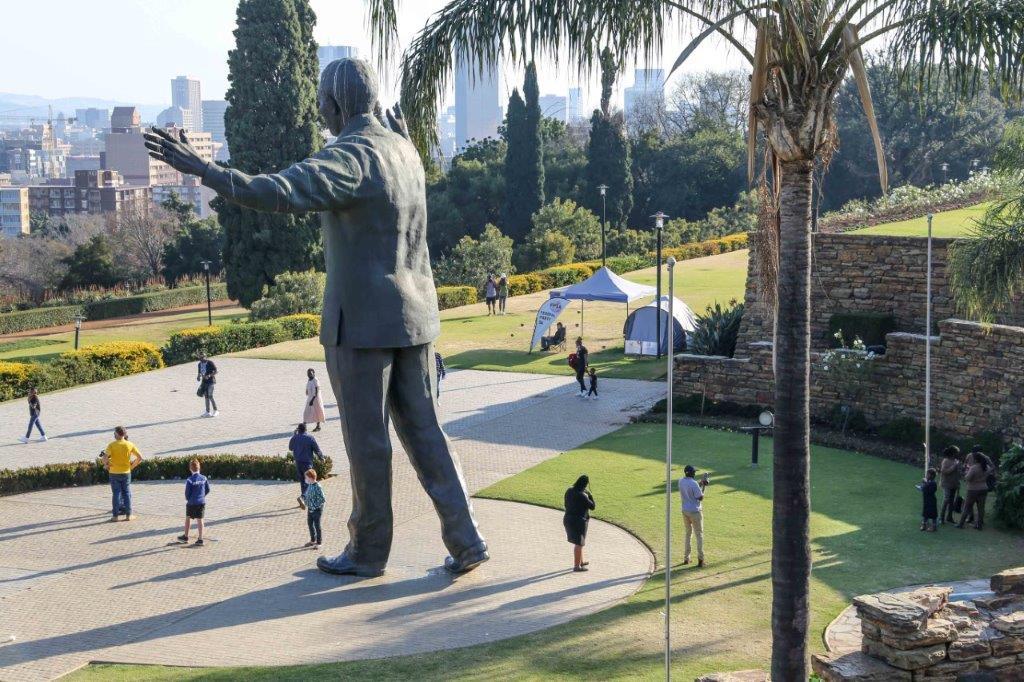 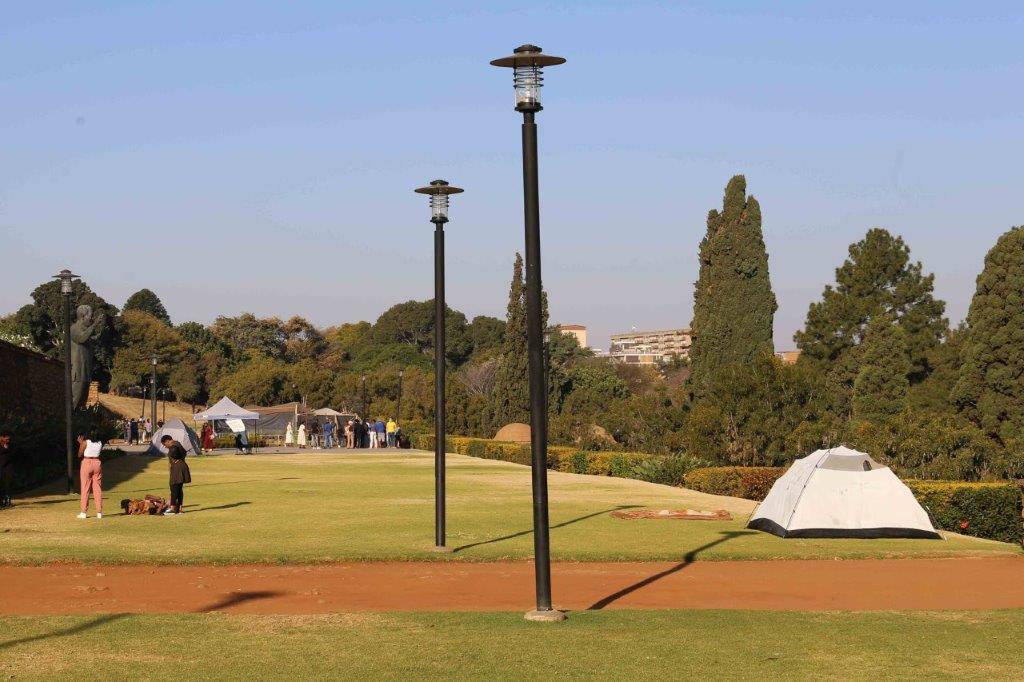 The area around the statue has been occupied by an ever expanding settlement, complete with cannabis farm, and another two individuals who have also pitched tents in the vicinity of the statue.

In conclusion, the issues I have raised should not require a member of the public to observe and I would strongly suggest that the individual responsible for the upkeep of the Union Buildings precinct be held accountable and that a daily or at least weekly comprehensive inspection regime be implemented. It is, after all, Tshwane’s most popular tourist destination.