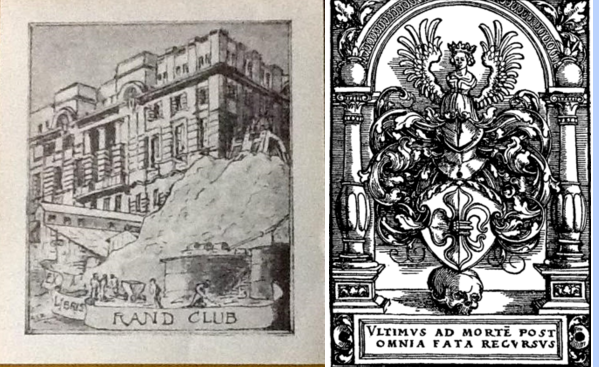 Bookplates are a collecting subject in their own right and are a bibliophile's delight. A bookplate is very simply a sticky decorative label for pasting on the front inside cover or boards of a book proclaiming ownership and indicating that this particular book belongs to xxx library or person. Often the words "ex Libris" appear showing that the book is from a specific library, it could be an individual or an institution. When one acquires an old book with a bookplate it becomes part of the provenance of the previous ownership of a volume. The bookplate so becomes integral to the history of the book. If you acquire a book with an old bookplate do not prize it off or erase it or paste over the bookplate, rather understand you have a bonus feature.

Bookplates are often beautifully designed and may show the armorial bearings or coat of arms of an ancient family, a name, a motto or some aspect of the personality and interests of the book collector who first owned the book. Often there are curious devices associated with books. You could order a few hundred or a few thousand of your personal bookplate and then paste the label into your book as you accessioned the book into your library. Bookplates are usually contemporaneous with the issue of the book.

Bookplates have a long history. After the printing revolution of the Guttenberg era, the earliest known examples of bookplates came from Germany in the 15th century. These were often done as woodcuts. The great German artist Dürer was known to have engraved at least six bookplates between 1503 and 1516. 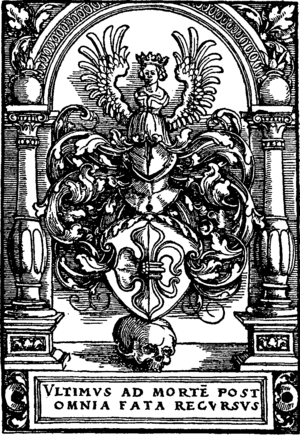 To me the classic beautiful bookplate fits the interior of the book where the binding is in leather, the lettering on the cover is embossed in gold and there may be a gold edge.  Perhaps the end papers are marbled or the book has been printed on rag paper. The bookplate suited the book, which in turn fitted into the library of the gentleman. The bookplate was an extra layer of luxury ownership.

I have one such example in my own library... An Inquiry into the nature and causes of the Wealth of Nations. This book is the great Adam Smith and my copy is the 2nd volume of three volumes, fifth edition published in 1789. It also displays the bookplate of a William Wilkinson but I have no further information about Wilkinson and alas my early volumes of Adam Smith lacks one of the three volumes. 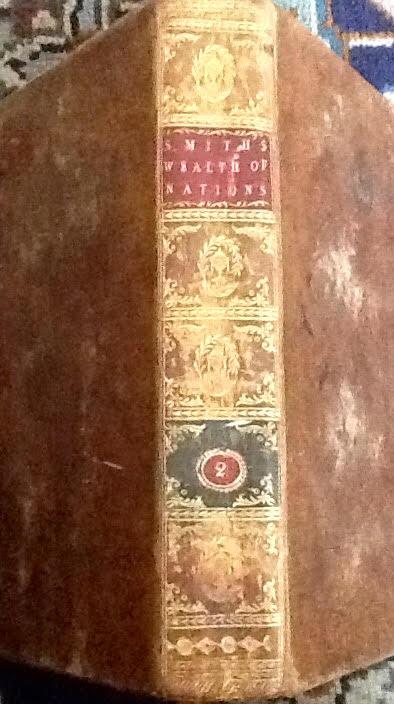 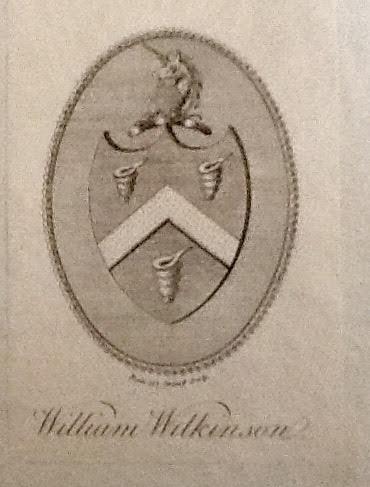 Over time bookplates were appreciated as an art form.  A well known artist could have designed the bookplate for a well known client. The bookplate is a miniature work of art... it is the combination of relative rarity, a known artist, a sequenced provenance and a well known past owner of the book that makes the collecting of books with bookplates so appealing. The association link is significant.

The classic South African study of bookplates was Percival J Bishop: South African bookplates published by Balkema in 1955, in a limited edition of 500, containing 70 bookplates of which 25 were original bookplates, tipped-in as a plate that is pasted or mounted in the page as an illustration. The preface was the the great bibliophile and librarian of the SA National Library, R F Immelmann, the introduction and notes were by F. L. Alexander and the index was by Percival J Bishop. The index showed the owners, the artist and the type. This book is highly collectible and today a rare find. It carries a price usually in excess of $100!

Bishop was an enthusiastic collector of bookplates. Bookplates were rather like cigarette cards, duplicated available for exchange to grow a collection. South African bookplates are a variant of bookplates in other parts of the world.  It is thought that in total there could have been more than a million different bookplates.

One particular point of interest in the Bishop book is that it included the bookplate of the Rand Club. 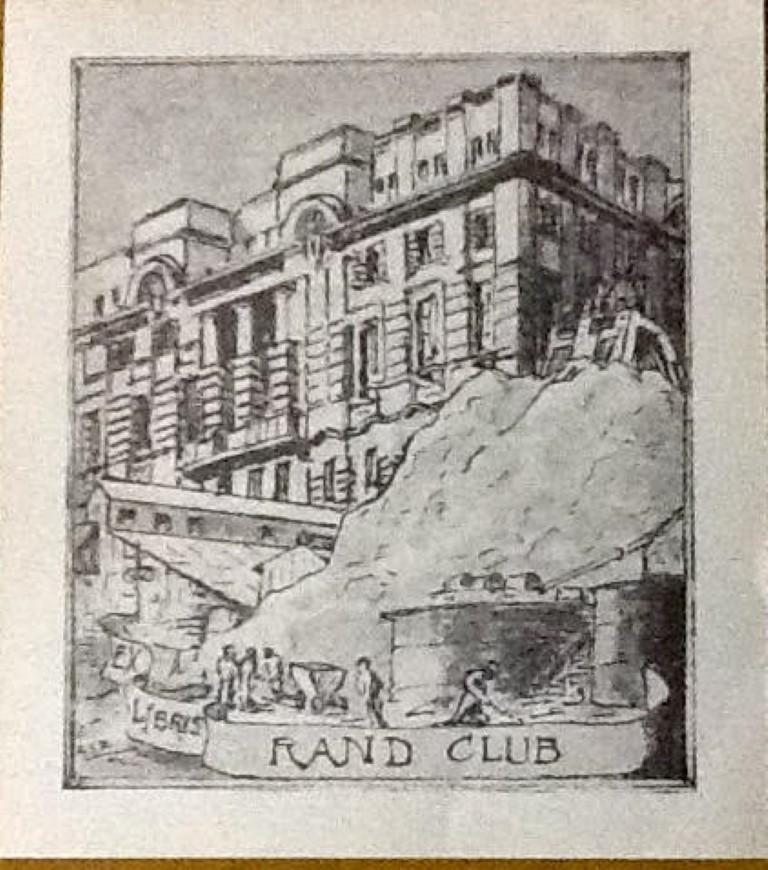 I would love to know more about the artist of this bookplate. If anyone can supply more information do comment below. The plate deserves close study, with the front facade of the club in the background and in the foreground the intense mining activity that was the soul of Johannesburg and the foundation of the city's wealth.

Another variant of the Rand Club bookplate was the presentation bookplate shown below. 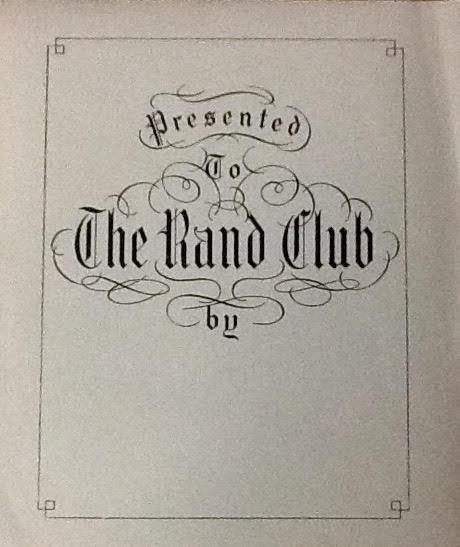 I am firmly now on a new collecting path, searching for those elusive South African bookplates. I wish to thank my good friend Dr Ronald Levine for sharing his knowledge of bookplates and offering me a few of his duplicates. Wikipedia has an article on bookplates but I noted that this seems to have been extracted from the article on bookplates from the 11th edition of the Encyclopedia  Britannica (that is the great collectable edition). Finding South African bookplate examples is more of a challenge. Bishop is a good starting point.