Corrugated Irony - A Short History of the Tin Roof 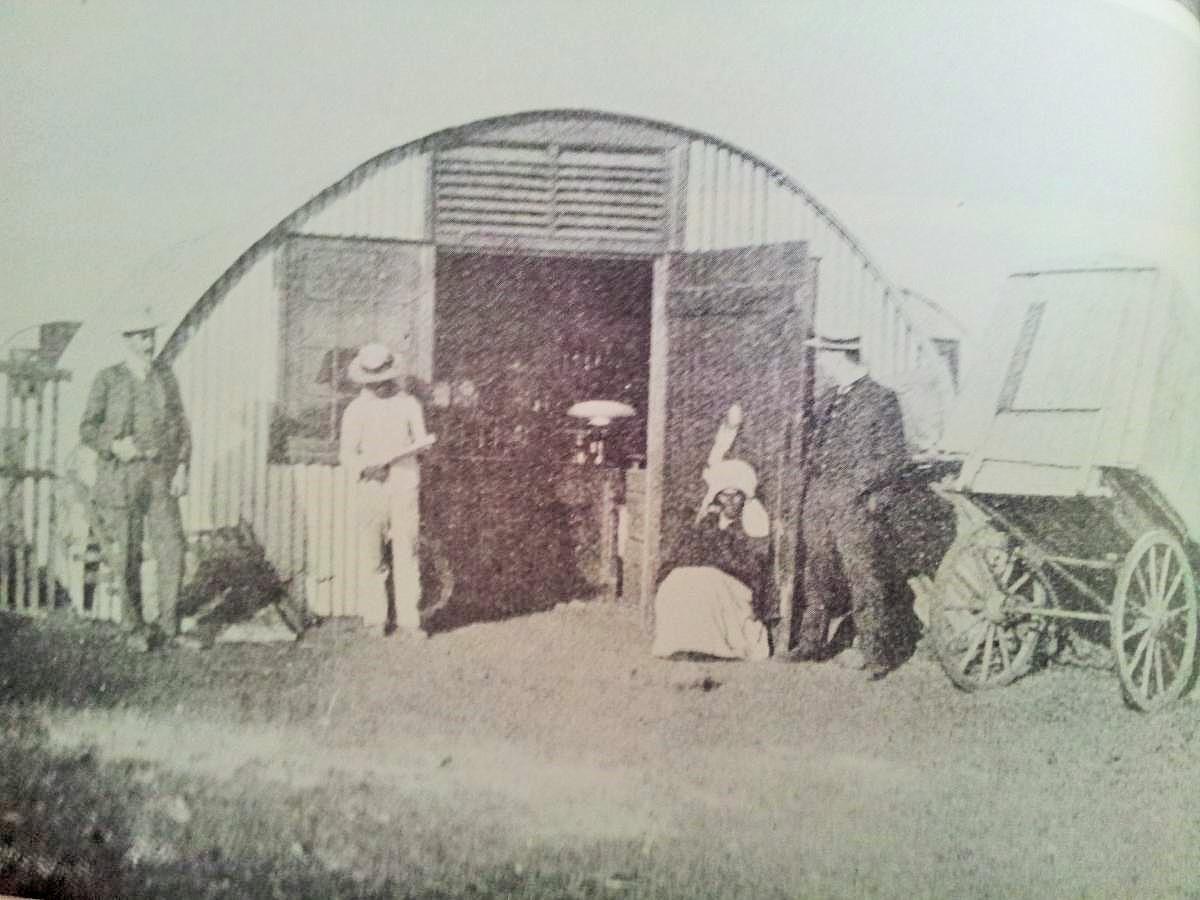 Corrugated iron was developed and patented in Britain around 1830 and has travelled the world. Born during the industrial revolution it travelled to the expanding colonies of the Empire, notably to Australia, India & South Africa; it also found popularity on the frontiers of the Americas and wherever it went it transformed the landscape.

The gold rushes of the nineteenth century were a spur to the migration of thousands of people to the far corners of the globe, where there was little infrastructure. Victorian Britain was the workshop of world and saw export opportunities for corrugated iron on the goldfields of California, Australia and South Africa. The nature of corrugated iron, being light, easy to stack, and portable, made it an ideal building material to export to places such as Kalgoorlie or Pilgrim’s Rest, which were at the back of beyond.

What is corrugated iron? Corrugated comes from the Latin word “Ruga” which means to wrinkle or crease, thus to corrugate a thin metal sheet, the sheet has to pass through a set of rolls in order to fashion it into a series of sinusoidal waves which gives it greater strength and stiffness (in direction of span). Originally made from wrought iron, but since the 1890’s made from mild steel, it is often supplied with a hot-dip galvanised finish to prevent rusting. Its merit over traditional building materials, i.e. masonry or timber, is that it is cheap, durable, lightweight, strong, re-usable and easily transported; such versatility is the key to its continuing use.

In the South African context, the demand for corrugated iron arose as a result of the many major mineral discoveries made in the late 19th Century; the first being the Kimberley diamond rush of 1871, which was closely followed by several gold rushes, culminating in the discovery of gold on the Witwatersrand in 1886, which founded the City of  Johannesburg. These mine camps were at first tented at best and required better accommodation as the mineral reserves were proven to be more than just “a flash in the pan”. This in turn meant that more permanent dwellings were essential to cope with the Highveld’s cold winters and hot summers.

The mine villages  that developed along the  Witwatersrand’s Main Reef, between Springs & Krugersdorp made much use of corrugated iron as a cladding, both for the roof & walls of the buildings, which included houses, shops, halls and churches (so called “tin tabernacles’”), as well as the mine surface workshops. The lack of local infrastructure meant that all building materials and mining equipment had to be transported, by train, vast distances from the ports to the rail-heads and then taken onward by ox wagon. The story goes that Paul Kruger, the then President of the Transvaal Republic, imported corrugated iron roof sheeting for his farmhouse situated nearby to Rustenburg; on its arrival, after several months in transit,  it was found that there were not enough sheets to cover the roof. Being the wise old man he was, he had the oxen in-spanned and by rolling the wheels of his wagon over the corrugations he managed to widen the sheets enough to provide the required coverage. It is rumoured that this act was the origin of the saying “n boer maak ‘n plan”.

Corrugated iron has stood the test of time, has gone in and out of fashion and has extended its usefulness; apart from it still being used for roofing, it is also used for tanks, farm reservoirs, grain silos and culverts. A secondary role has now come into play with the recycling of the material for the building of informal settlements, to be seen on the outskirts of not only the major cities of South Africa, but also most of the cities of the third world.

In conclusion, some say that corrugated iron is a blot on the landscape, a curse. However I say it is a blessing as it has served mankind well over the last 170 years or so. It has great durability, is easily recycled and can finally be melted down for scrap, making it a sustainable, eco-friendly building material, which will continue to serve for many years to come.