Remembering the East Africa Campaign during World War I 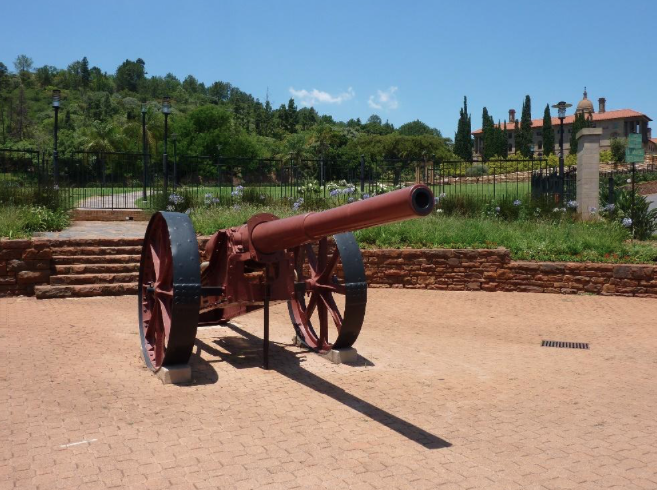 Many commentators have written about the guns falling silent in Europe on 11 November 1918 and the reasons we should be remembering 100 years on. For South Africa and other African countries though, the war continued until 25 November 1918 when the Germans finally lay down their arms at Abercorn, today’s Mbala.

While many South Africans will recognise the names Delville Wood and SS Mendi and some have awareness of South Africa’s relationship with South West Africa (Namibia), the fact that 51,541 men, excluding carriers, labourers, medical forces and women, served in East Africa in various roles is hardly known. During the four years and three months of campaigning in East Africa (today’s mainland Tanzania, Rwanda and Burundi), two South Africans commanded the forces on behalf of the British Empire: Jan Smuts from 19 February 1916 to 6 January 1917 and Jaap van Deventer from 23 May 1917 through to the end of the war.

Jan Smuts in 1914 via Wikipedia.jpg 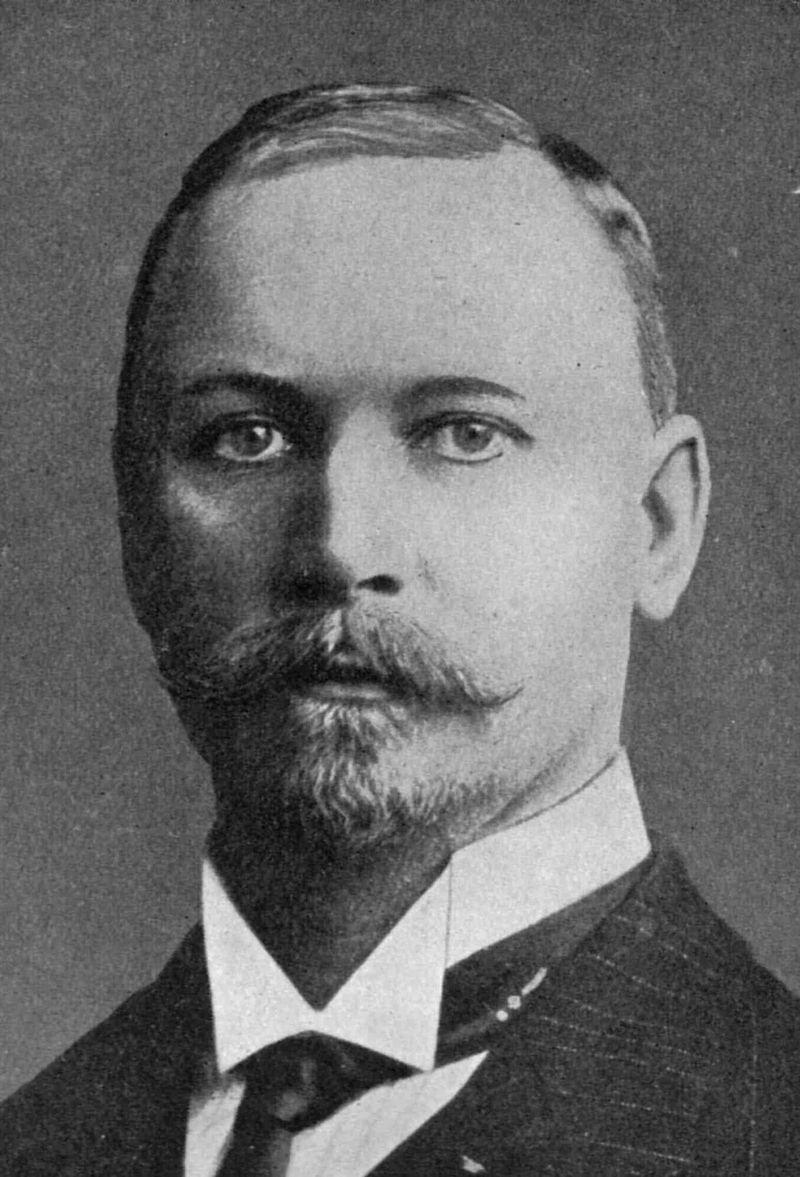 Although not present at the surrender of the Germans on 25 November 1918, van Deventer oversaw the negotiations from his various locations visiting the troops and Dar es Salaam. It was van Deventer who insisted that the German officers be allowed to retain their swords and personal weapons when the British War Office wanted them to be surrendered. He also tried to arrange for the German askari to be paid what was due to them so as to prevent unrest in the captured territory. In this he was not successful. Eventually, on 9 December 1918 van Deventer and the German commander met face to face in Dar es Salaam, and on 21 December, van Deventer returned to South Africa being released from temporary Imperial Service on 27 December 1918.

It is however Smuts’ tenure as Commander in Chief that the campaign in East Africa is most well known and documented. When Smuts arrived in East Africa, the Germans were occupying the only British territory they were to occupy during the war – the Taveta area in today’s Kenya. Smuts arrived a week after the South African disaster at Salaita Hill and within weeks had pushed the Germans out and started to drive them to the south of the territory. Smuts eventually left East Africa to represent South Africa in Britain at the Imperial War Cabinets and stayed on supporting the British war effort until the peace discussions at Versailles.

There are a few memorials in South Africa to the memory of the East Africa campaign: The Comrades Marathon, started by Vic Clapham who served in the theatre, was his way of remembering fallen comrades through a run reminiscent of the testing times they’d had.

The Union Buildings in Pretoria is protected by a Konigsberg gun, one of ten salvaged from the wreck before she sank in the Rufigi River. The Konigsberg, a German cruiser had been tracked by South African hunter Philip Pretorius (Jungle Man) and planes sourced from Durban. 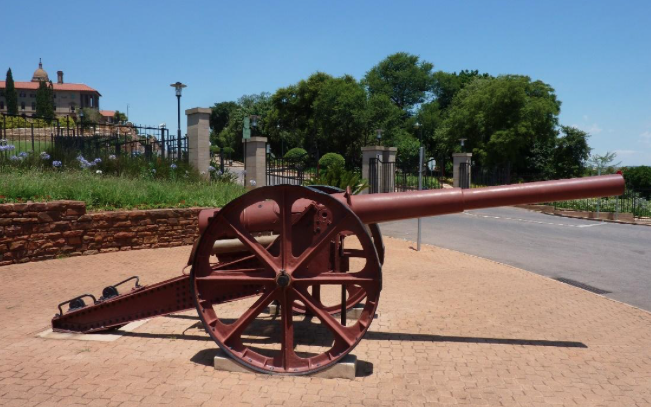 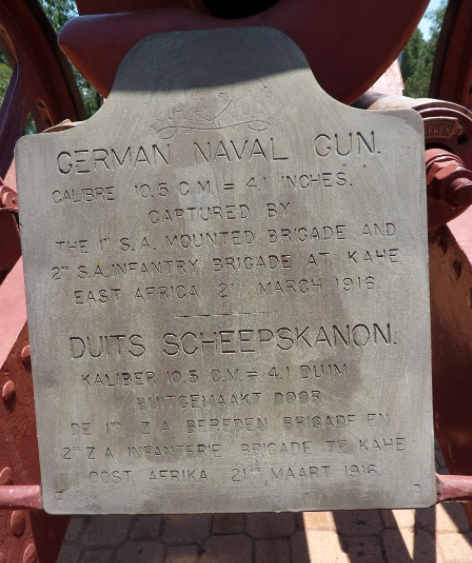 The Konigsberg Gun in 2011, more recently it has been painted blue (Anne Samson)

The Cape Corps served with distinction as an armed corps in East Africa during 1917 before going to Mesopotamia where they suffered their equivalent of Delville Wood and Salaita Hill at Square Hill in September 1918. In all, 18,845 Coloured men served in East Africa. A gun they captured at Square Hill can be found in Kimberley.

In addition to the White and Coloured Soldiers, there were 250 Indian Stretcher Bearers, Cape Drivers, the East African Native Labour Corps recruited from Southern Africa who all served as Imperial troops in East Africa. A total of 2,073 South African men served in Nyasaland (Malawi) from early 1915, while other South Africans served in the 26th Flying Corps based at Maktau in Kenya.

On 25 November 2018, a special service of commemoration was held at the spot where the Germans laid down their arms in Zambia. This provided an opportunity to remember all those who served in and from Africa in a conflict that was not their own, but for which many suffered.

Dr Anne Samson is co-ordinator of the Great War in Africa Association, author of two books on the war in East, Central and Southern Africa and numerous articles.