A Short History of the Robben Island Garrison Church 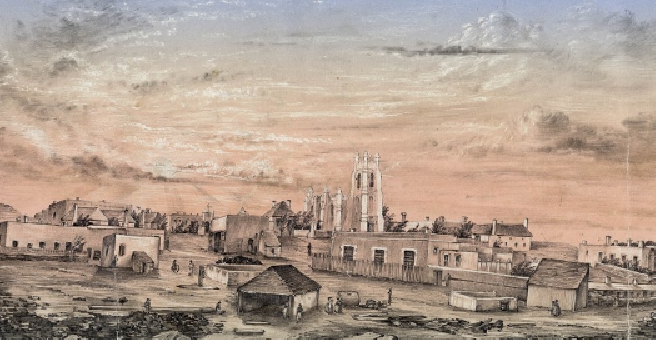 [Originally published in 2014] What happens when poor or no research is done when decisions are made for restoration, repair or maintenance to a heritage site is ably demonstrated by the history of the Garrison Church on Robben Island. For more than 150 years the church was and still is a landmark in the Village Precinct on the Island. In this series of articles I will track the restoration attempts over this period. To understand these it is important to look at the history of the Church, its structure and changes to the structure and associated landscape. 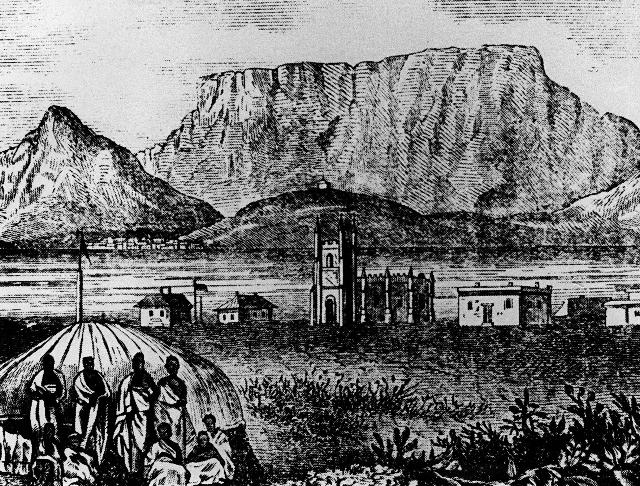 The Church is small in scale and represents an early form of the ‘Cape Gothic’ style. The front entrance and tower faces east with an apse at the back in the west. This is an alignment favoured by many religions and points to the east as life and the west as death. The tower has diagonal buttresses and crenellations. The main walls facing north and south have buttresses that divide these into 3 bays. The windows are round headed and small paned with semi-circular drip moulds. On the inside the balcony, altar, pulpit, pews and open ‘Tudor Style’ roof structure are made from teak. The bell and clock mechanism was added ca. 1872.

The bricks are red clay, soft and friable as the firing was not as thorough as it is today. The original plaster was sand, burnt sea shells [cement] and lime with a coating of lime wash. The roof was wood covered with lead but this was changed over time and possibly replaced by asbestos in World War II. The box gutters are behind the crenellations, also of wood and were lined with lead. The lead was removed in 2004 and melted into counterweights for the clock mechanism. Interestingly the hoppers for the down pipes are still the original moulded lead forms. The down pipes were replaced with PVC in 2004.

Early paintings indicate that the wall panels between the buttresses were pale grey. This both alleviated glare from the sun as well as providing better height and scale perspective. The Church looks rather squat and lacks this perspective in its present white livery. A pair of cannon were embedded in the corners of the tower.

The churchyard has a few graves from the 1840’s to the 1870’s. The Churchyard is enclosed by a low plastered wall which are curved on the eastern side adjacent to the entrance. These were straightened out in various restorations and reinstated to their 1872 position in 2004.

No trees now grow in the churchyard but in the 1920’s a very bushy tree was on the north east corner and in the 1940’s two pine trees adorned the front of the yard. 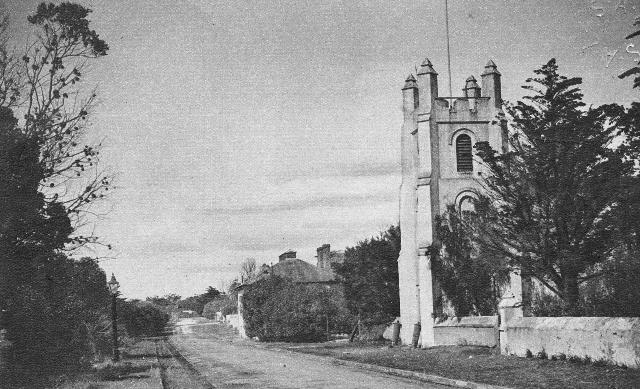 The Church was designed by the then Secretary to the Cape Government, Sir John Bell, in ca. 1840. It was built by prisoners under auspices of the Garrison Commander, Captain R. Wolfe, in 1841. On 10 October the same year the first service was conducted by Mr Hough who held services once a month until the appointment of a resident chaplain. By the late 1960’s predominantly Afrikaans speaking staff came along with the prison administration and the Church was changed from a purely Anglican place of worship to an interdenominational one.

The Vernacular Architecture Society of South Africa visited the Island in April of 1983. This was possibly the first time that the Church had been seen and photographed since the take over by the prison administration in the 1960’s. The then National Monuments Council had attempted to visit the Island in 1973 to investigate declaration of the Church as a National Monument. Predictably refused by the prison authorities but their given reasoning was that too many changes had occurred on the Island for any building to have any historical significance! A stand off ensued in which the prison administration then formally agreed to ensure the upkeep of the Church without declaration. True to their word at this point, as far as can be surmised, they removed the cannon from the front of the tower and placed them on gun carriages in front of the Church but in other respects kept up the repair and maintenance with prisoners as labour.

But this was not the first attempt at restoration. During World War II the first Commander of the Garrison on the Island had an architectural background and he carried out a considerable amount of renovation work with the likely aid of the Cape Corps servicemen. The bell was refurbished and the current shape and structure of the bell platform dates from this period. Some time in 1964 the prison administration had also renovated the Church under the auspices of the Historical Monuments Commission. 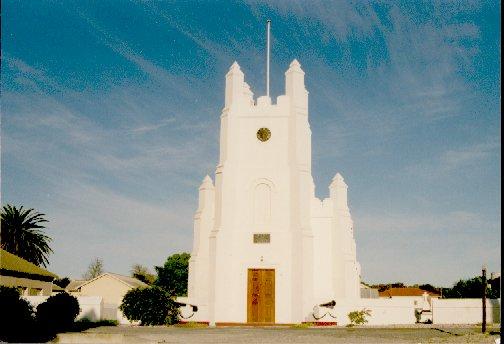 To be continued... Click here to view 'The 2004 Restoration'