A Little Church in the Veld 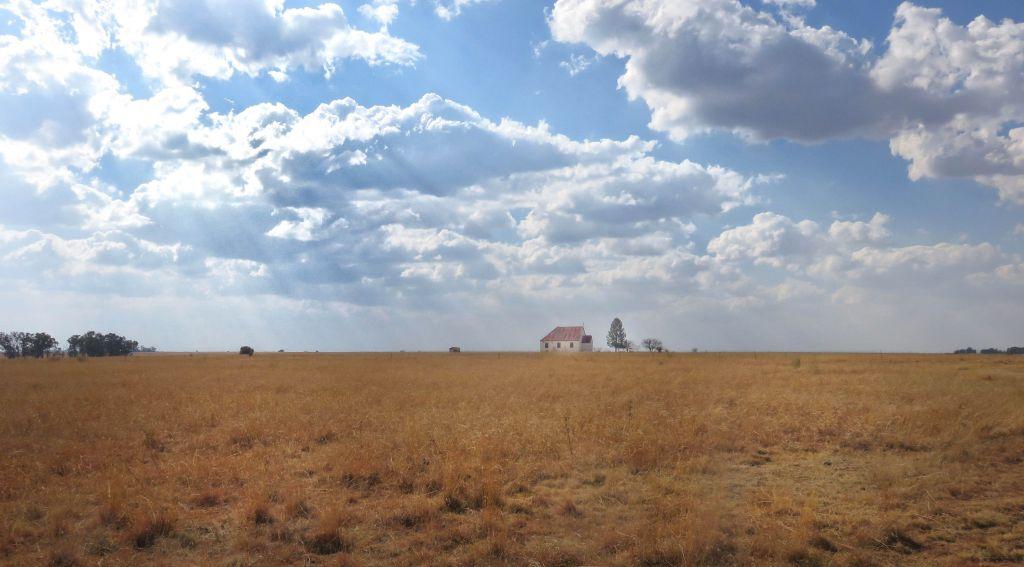 Out in the middle of the Northern Free State farm land is a little church. Not a very special building, not very large, not very beautiful but it has history and this is the reason I have decided to write about it.

This church is the Groenvlei German Lutheran Church. It gets its name from the farm roughly in the middle of the triangle formed by Heilbron, Koppies and Sasolburg. Click here to view the exact position.

The building was erected in 1921 on a foundation of natural stone. The walls, judging by the thickness, are constructed using burned bricks. On the broad side are support pillars put in from the beginning to prevent the building from slipping. In addition there are some tension bars to keep the two walls together. No major cracks can be seen. The structure is very solidly built (as I would expect from a team of German builders).

The only reminder of the German origins of the church is the marking on the toilet doors, saying 'DAMEN' and 'HERREN'. 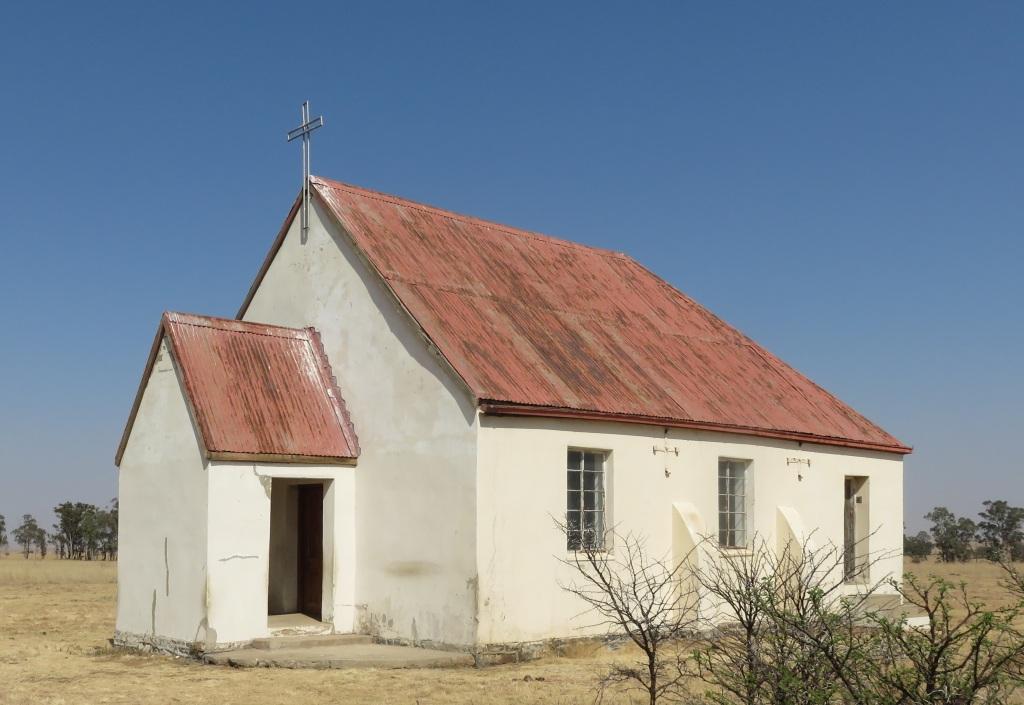 Inside the church are wooden benches, all still in good order. The altar is also wooden with no excessive decoration. The church used to have an organ, a small one about the size of a piano. This has been removed and is in private hands for preservation purposes. The church has a capacity of approximately 80 people.

The plain design and layout of the church is very much in line with Martin Luther's thinking in the 16th century. Part of his reformation was to move the church from being a holy place to a meeting room, where believers meet to discuss holy scripture. He insisted that decoration should be kept to a minimum.

The story of the Church begins with a group of German speaking settlers arriving in the area from the Eastern Cape early in the 20th century. Germans were recruited to settle in the Eastern Cape to stabilise the frontier there. Many were war veterans from the British German legion who had been recruited to fight in the Crimean War. More settlers then followed directly from Germany. It is a fascinating story worth investigating. Click here for a great website on the subject...it tells of bureaucratic bungling and colonial mismanagement. 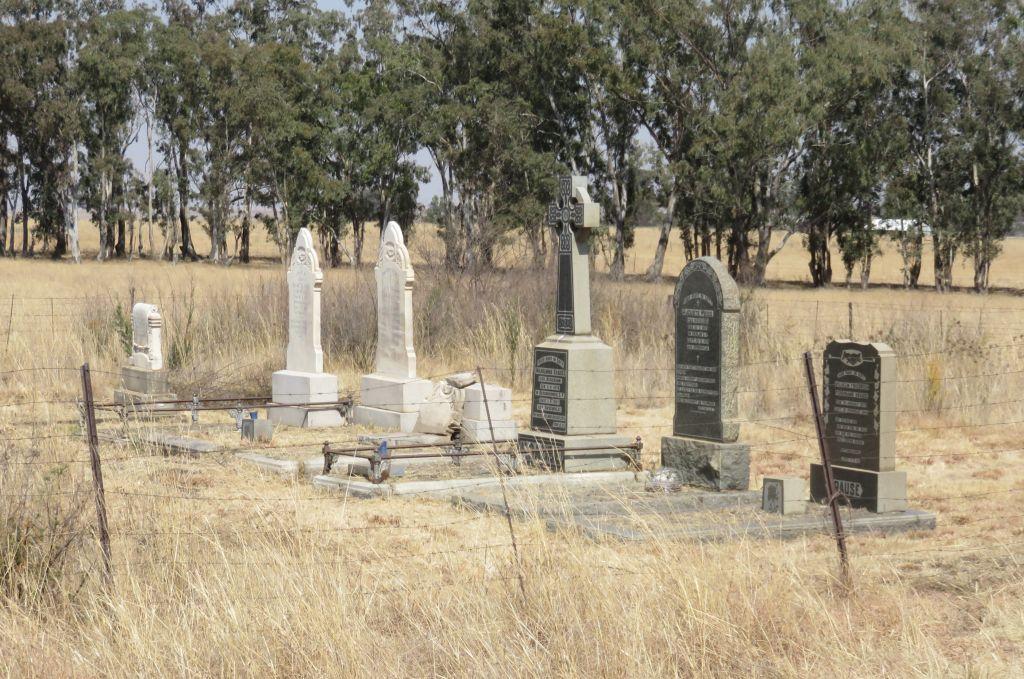 The graveyard near the church provides some evidence of key members of the community. The oldest of the group was Friedrich Krause. The gravestone states he was born on 18 June 1845 in Altklücken; Neumark (Deutschland) and died on 27 November 1923 in Krugersdorp. His birth place, Altklücken, is a town in Pommeria which is now in Poland. Looking at his birth date he would have been 11 when the Crimean War ended and thus could not have been one of those soldiers. He would therefore have been in the second group arriving after 1857. His wife (I presume) was Luise Krause ne Faulmann, born 14 August 1849 in Rossow near Parsewalk (Deutschland), died 21 October 1923 at Groenvlei. Her birthplace was also in Prussia, an area known as Vorpommern in the north near Stettin. She came to South Africa with her parents on board the 'San Francisco' in 1861 as a child of 12.

Other people in the graveyard originated from the Eastern Cape, places called Braunschweig and Berlin are on the stones. 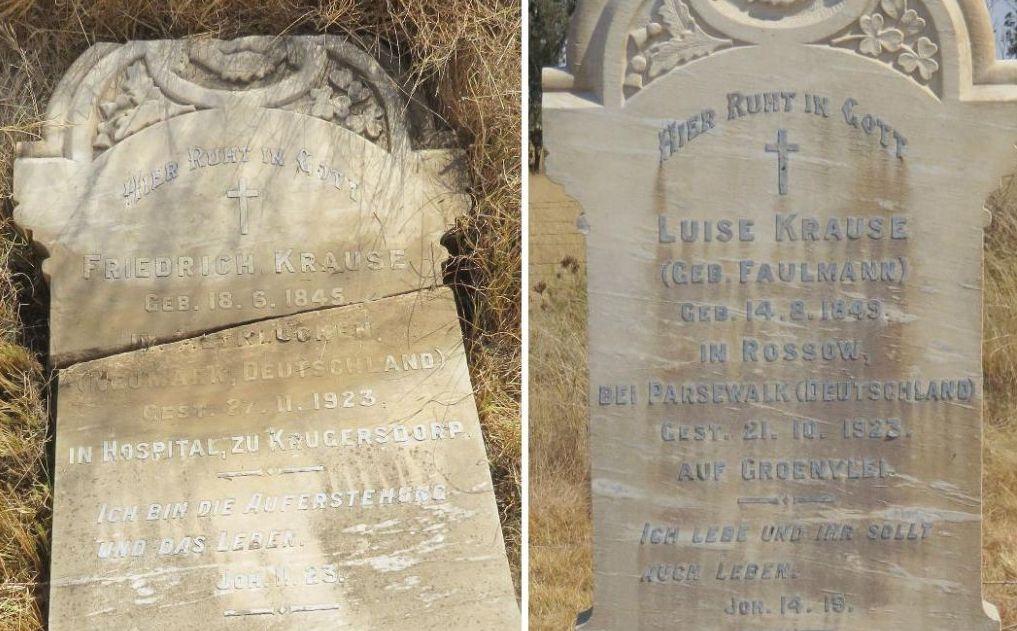 The first church service was conducted by Wilhelm Krause (1872-1949) in 1913 on his farm. One could perhaps assume he was a son of Friedrich but not necessarily. There are a number of Krauses on the shipping lists who arrived in the Eastern Cape during the 1850s and 60s and Krause is a fairly common surname in Germany. Friedrich was a relative latecomer to the area. In ref 1 it is stated he only arrived in 1916 and initially leased the farm Vlakkuil, next to Groenvlei. He must have done very well for himself in a short period of time, because in 1920 he was able to donate 6 morgen of his farm to the congregation to build a church. He must have been the owner of Groenvlei then. It has since been known as Krause's gift. 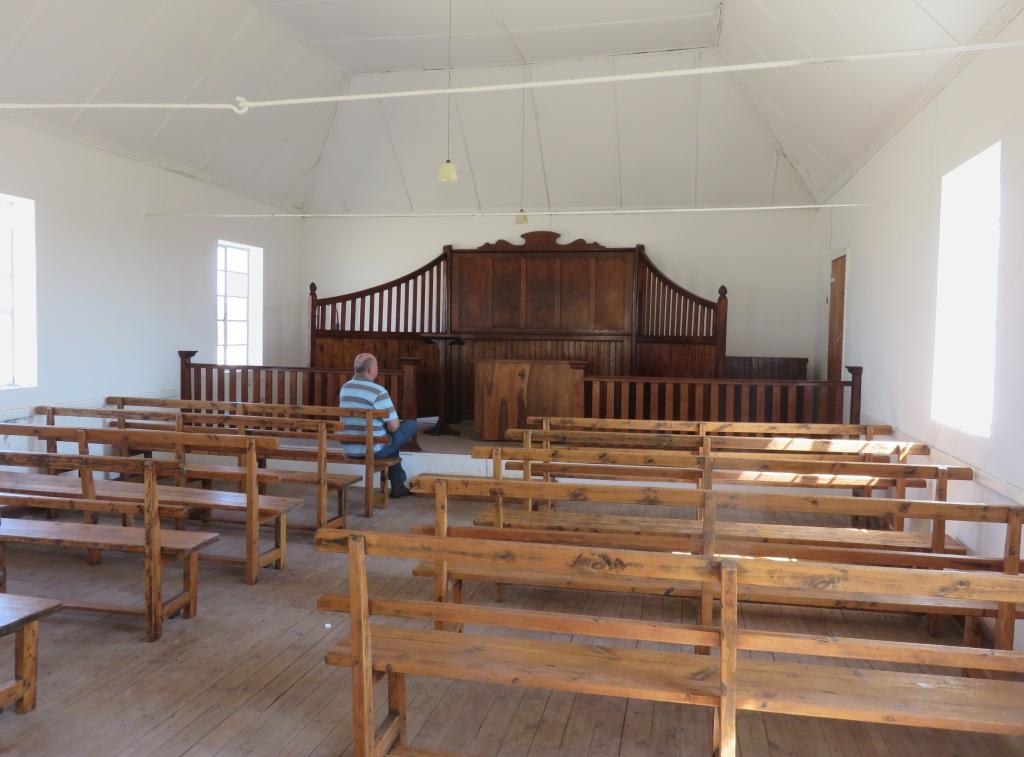 The congregation was served from Bloemfontein in the early years with Pastor Tielking being the first minister. He would arrive for the monthly service on a Saturday morning by train, spend the night with one of the church members and leave again on Monday morning, In the 1930s the congregation was served from Johannesburg and finally from 1960 the minister from the Vanderbijlpark Lutheran Church stepped in..

Over the years the membership declined until eventually, in 1989, when the numbers were down to seven, it was decided to rather join the German Lutheran congregation in Vanderbilpark.

For a while the church was still used for occasional weddings, but for the last few years it has stood unused and for a time was guarded by a big swarm of bees. At least that way the furniture is still there.

The place has since been cleaned and the swarm removed to enable a recent reunion of the Beckmann family to take place. The Beckmanns were one of the German speaking families that settled in the area. My suggestion would be to let the bees move back in now.

Thank you to Piet Lombard for making my visits to the church possible and for providing the information and encouragement to write this article.

About the author: Horst originated from Germany many years ago. He has spent a lifetime working for some of the major chemical companies. Throughout his life he has had an interest in local history and has now, in retirement, made this his major hobby. He believes in not just doing the exploration and research but writing down his findings as well. Check out his website here.