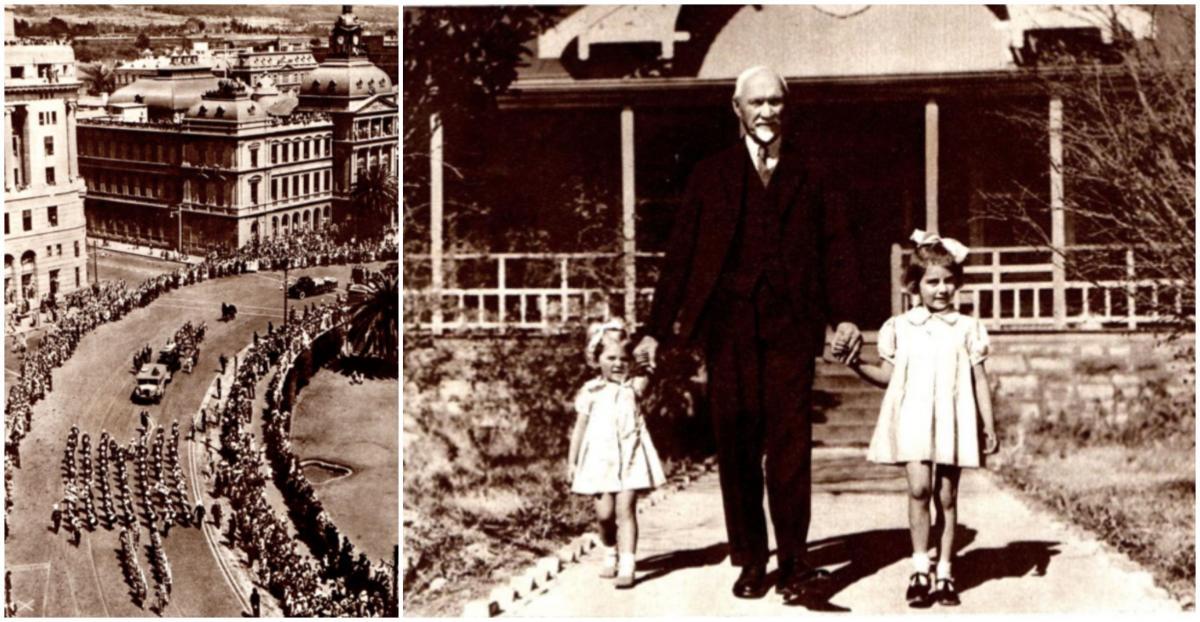 This commemorative booklet on the life of General Jan Christiaan Smuts was found at the Hospice Witwatersrand charity shop on Louis Botha Avenue, Orange Grove, about two years ago. The sale of donated items helps Hospice Witwatersrand fund their hospice activities throughout Gauteng. The Orange Grove charity shop is a place where one can discover a wide range of interesting and useful items, and often, the items donated reflect a by-gone era. Having visited the Smuts House Museum in Irene on several occasions over the years, I decided this was the obvious place to protect this booklet for the foreseeable future, and have verbally donated this copy to the museum library, via Marion Mengell, one of the committee members of the Friends of the Jan Smuts House museum. After the COVID lockdown has ended, I will be able to deliver it. 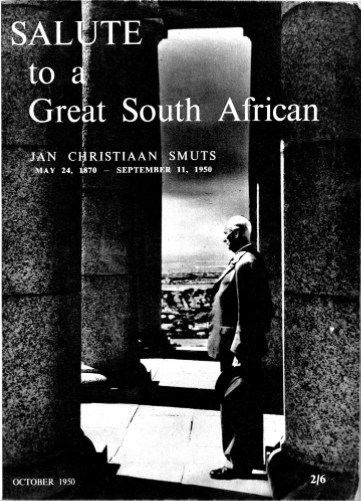 There are some of the wonderful photographs in this slim booklet, with several of General Smuts’ home at Doornkloof farm, Irene, now the Smuts House Museum. The Heritage Portal Newsletter recently featured the Smuts House Museum and the struggles to keep this facility in a good condition (click here to view). Chris Murphy also wrote an article on the life of Jan Smuts (click here to read).

Jan Christiaan Smuts was born on May 24th 1870 on the farm Bovenplaats just outside Riebeek West and went to school in the village until the age of 12. He was determined to grab himself an education and his village education notwithstanding, he managed to get himself to university in Stellenbosch. He studied at the Victoria College which became the University of Stellenbosch in 1918. He went on to study law at Cambridge University in the UK and was an exceptional student. Jan Smuts married Sybella Margaretha (Isie) Krige whom he met in Stellenbosch when studying at Victoria College. 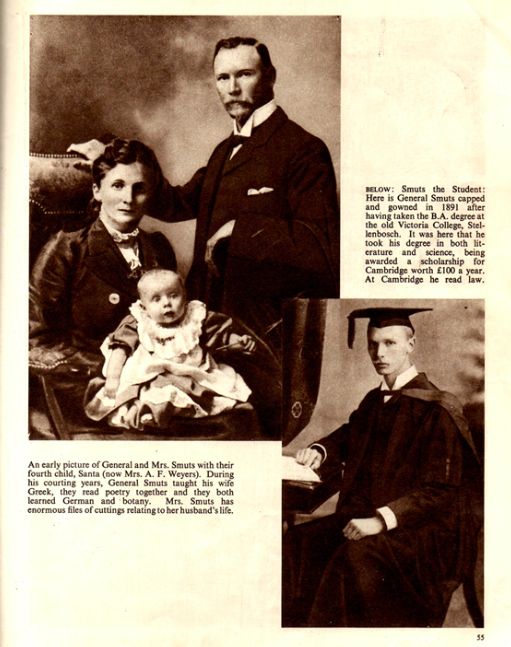 Jan Smuts and his wife, Issie, with their fourth child, Santa. They were married for more than 53 years. Bottom image - a graduation photograph of Jan Smuts in 1891, after gaining a BA degree at the Victoria College, Stellenbosch. Commemorative booklet, page 55, 1950.

Jan Smuts earned a scholarship to study law at Cambridge University, UK. He aimed to become a lawyer in Britain, but found other issues more compelling and came back to South Africa to play a role in politics. He definitely led an interesting and fulfilled life, taking part in all major wars and affairs of state of his time. He was the only person to sign both of the peace treaties ending the First and Second World Wars. In the Second Boer War, Smuts led a Boer commando for the Transvaal. During the First World War, he led the armies of South Africa against Germany, capturing German South-West Africa. He then commanded the British Army in East Africa. After World War I and from 1917 to 1919 he was one of the members of the British Imperial War Cabinet and he was instrumental in the founding of what became the Royal Air Force (RAF). He was appointed as a field marshal in the British Army in 1941. After he died, a statue to commemorate him was erected in 1956 in London's Parliament Square.

Photographs of General Smuts and his homestead on Doornkloof farm, Irene near Pretoria, now the Smuts House Museum.

Photograph of General Smuts with two of his grandchildren - Commemorative Booklet pg 52.png 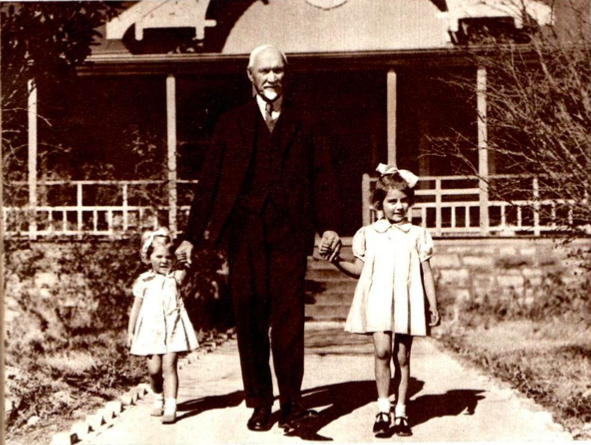 Photograph of General Smuts with two of his grandchildren at his  homestead on his Doornkloof farm, Irene, Pretoria. The caption mentions that he bought the building separately from the farm and had it moved to the farm. Before it was moved, the house was a British Army officers’ mess in the South African War (Boer War). No date or photographer. Commemorative Booklet, page 52.

General Smuts in his eighties with two of his granddaughters on the steps of his homestead Irene - Commemorative Booklet pg 63.png 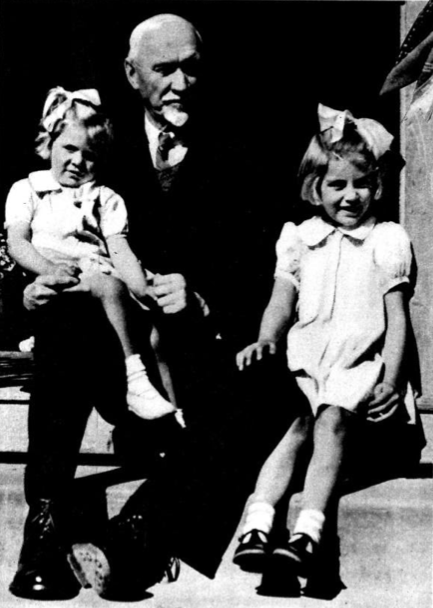 General Smuts in his eighties with two of his granddaughters on the steps of his homestead on the farm  Doornkloof,  farm. No photographer or date. Commemorative  Booklet, page 63, 1950.

The house at Doornkloof, Irene, at about the time that Jan Smuts and Issie moved in (1909) (Smuts House Museum)

Jan Smuts in his library at Doornkloop - Commemorative Booklet 1950.png 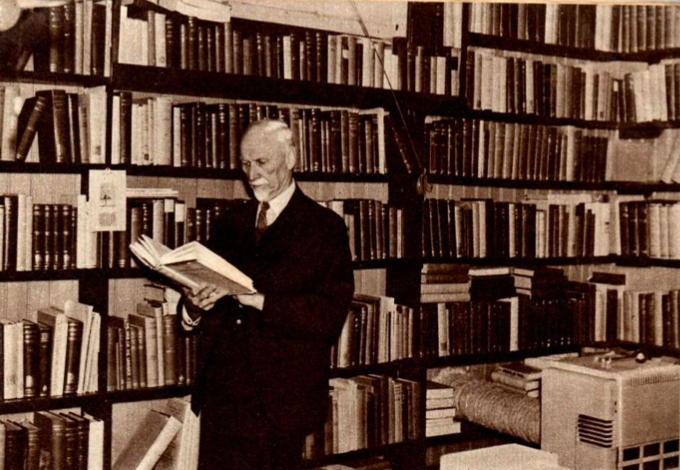 General Jan Smuts in his library at Doornkloop, Irene, shortly before his death in September 1950. Commemorative booklet, page 53, 1950. 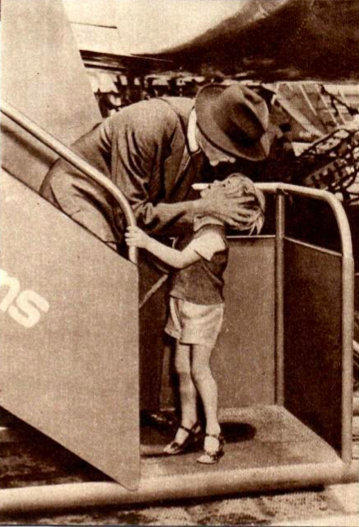 In addition to holding various cabinet posts, General Smuts served as the prime minister of the Union of South Africa from 1919 until 1924 and again from 1939 until 1948. Although Smuts had originally advocated racial segregation and opposed the enfranchisement of black Africans, his views changed and he backed the Fagan Commission's findings that complete segregation was impossible. Smuts subsequently lost the 1948 election to hard-line nationalists who institutionalised apartheid. He continued to work for reconciliation and emphasised the British Commonwealth's positive role until his death in 1950 (Wikipedia).

General Smuts at the height of his political powers 1923 - Commemorative Booklet 1950.png 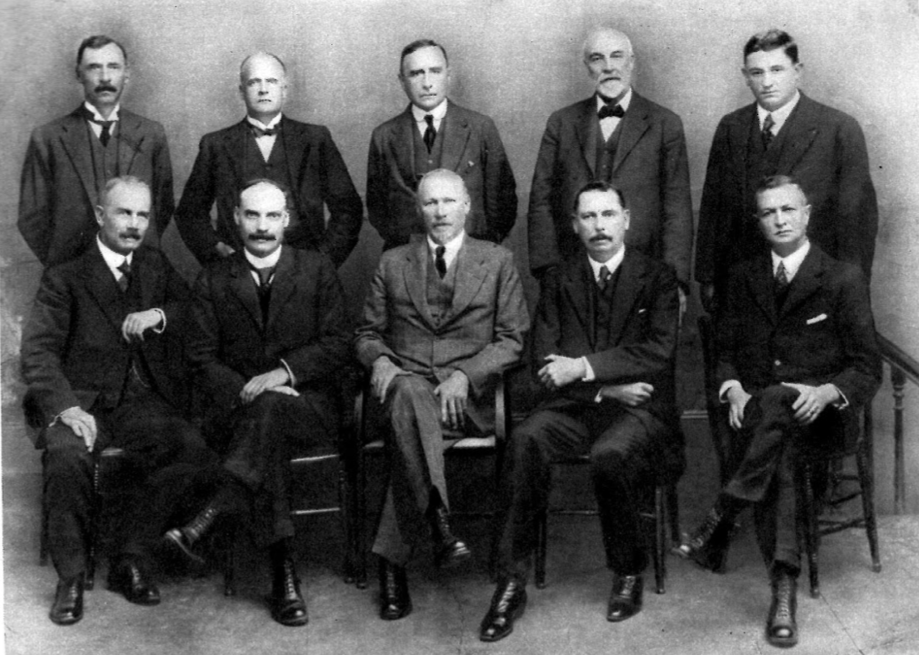 General Smuts at the height of his political powers 1923. Jan Smuts wears a light coloured suit and sits in the middle of the front row. Commemorative Booklet, page 45, 1950.

The end of General Jan Smuts’s life and funerary procession

General Jan Smuts’ funeral was held on the 15th September 1950 and the coffin lay in state in the Groote Kerk, Pretoria, before his military funeral procession moved through Church Square in Pretoria on its way to the railway station where the coffin was to be carried to Johannesburg for cremation. 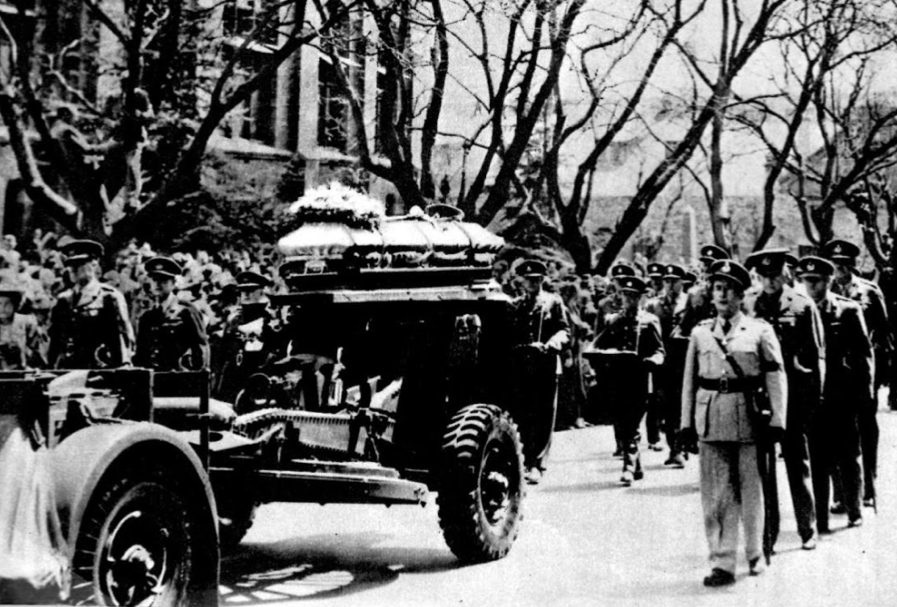 With the funeral service over in the Groot Kerk, General Smuts's body was conveyed by gun carriage to the Pretoria railway station to be transported to Johannesburg for cremation. Commemorative Booklet, page 4, 1950.

Another view of the Smuts funerary procession in Pretoria - Commemorative Booklet 1950.png 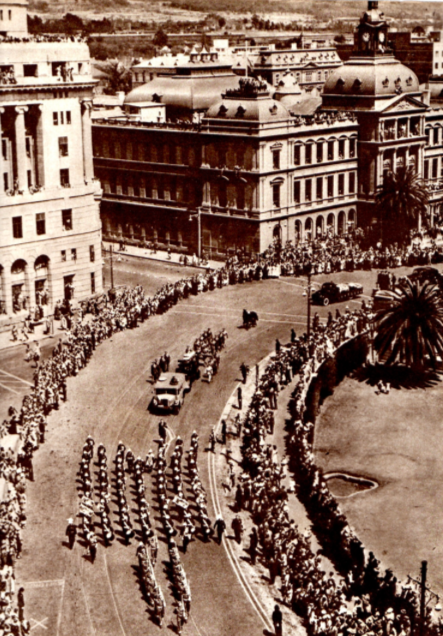 Another view of the Smuts funerary procession in Pretoria, 1950. Commemorative Booklet, 1950.

About the author: Sue Taylor is a development consultant with experience in researching, writing and lecturing about climate change and social/development issues in South Africa and Africa. She has worked in the NGO sector as a climate change activist, and then in the consulting and academic sector as an independent researcher and science writer. Her current interest is in cities and migrants in Africa. She is also writing for the Africa-China Project at Wits University. She has a biotechnology and agriculture blog at https://botanybiznews.co.za