Some Remarkable History in Coega 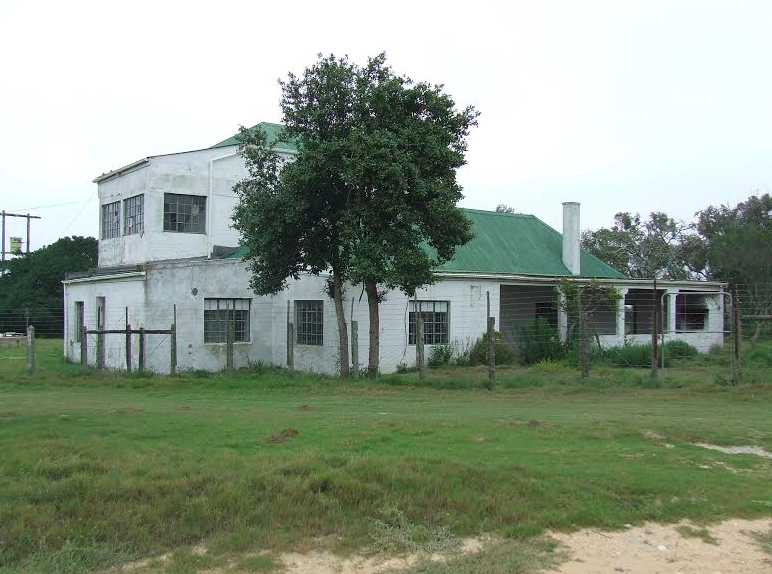 [Originally published in July 2015] A week ago Doug and Janet Drysdale reported that the old farmhouse, outbuildings and cemetery at Hougham Park, Coega were in danger. They brought the matter to the attention of the Coega Development Corporation (CDC) and we are very happy to report that action is being taken. The CDC Project Manager: Operations has arranged for the cemetery to be cleaned and has proposed various security measures to protect the site while plans for a new use are considered. This certainly is good news. For those unfamiliar with the significance of the site, Janet Drysdale has compiled the fascinating article below.

The farm was originally called Samson's Kraal and was owned by T.I. Ferreira.  The U shaped core of the homestead has been dated back to 1817. Hougham Hudson bought it from the Ferreiras in the 1830's and renamed it Hougham Park. It appears from records and the graves in the graveyard, that there have been only three families owning the farm since that date - the Hudsons for 60 - 70 years, the Denfords and the Crews family from 1945 - 2007. Evidence has been found of Stone Age peoples on the farm in the form of stone implements.  Shell middens are occasionally visible along the beachfront when the wind moves the dunes. 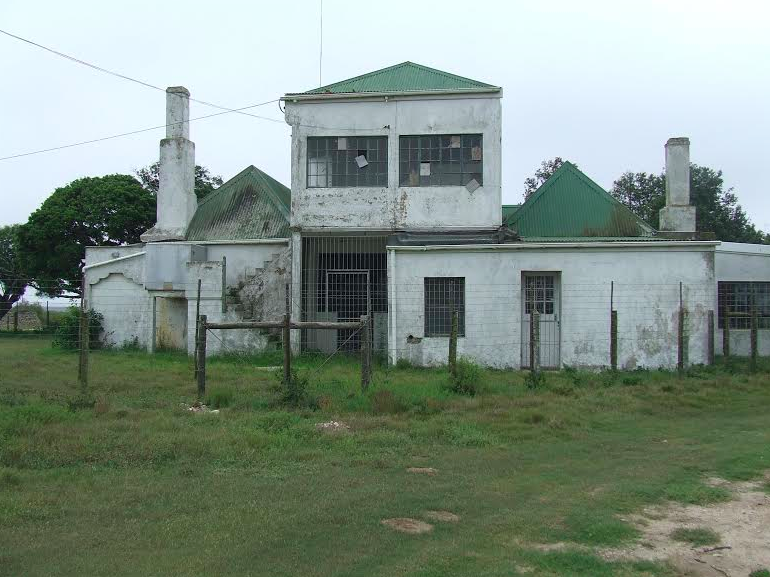 Hougham and his wife Elizabeth were 1820 Settlers and Hougham played a significant part in the early life of Port Elizabeth owning several properties and being a Civil Commissioner and the first Resident Magistrate of Albany. He died in 1860 but the property remained in the family for the next 60 - 70 years. There are at least two buildings and a lime kiln dating back to this time that are of historical importance. Hopefully the descendants of the Hudsons will be able to supply lots more information about this family's tenure at Hougham Park. I noticed the graves of van der Riets, Lambs and Stewarts in the cemetery who were married daughters of Andries and Wilhelmina Hudson and granddaughters and grandsons of Hougham Hudson.

During the Anglo Boer War 1899 - 1902 the farm was used as a remount for the British Army.  A regimental crest was carved into one of the interior of the walls of the house by a soldier.  Bones of the army horses that died can be found in the shifting dunes when the wind exposes them.

William H. Denford who was born in Barnstaple, Devon, England in 1872 was the next owner. The Denfords filled in the original U shape of the house with a hall and added a double storey over the hall. He died in 1950 at 79 years and he and his wife are buried in graveyard.

The Graveyard before Maintenance (Doug and Janet Drysdale)

Edgar and Patty Crews bought the farm in 1945 sight unseen in partnership with Edgar's boyhood friend Cecil Golding to discover later that it was a 'dry' farm with no electricity and covered with dense bush, facts that were to influence their lives and farming activities.  Edgar was always an ideas man and he had to think of other ways of making a living from the farm.  Firstly they had to find water so a shaft was sunk through the limestone dome and tunnels made to find fresh water streams flowing to the sea from the mountains.  Before moving to Port Elizabeth he had been in the mining industry in Johannesburg.

Edgar was a well-known personality in Port Elizabeth especially in the farming community. He played quite an important part in the reorganisation of agriculture. He was vice president and president of the EP Coastal Agricultural Union from 1947 - 1950 and then president of the Cape Agricultural Union in 1953 and 1954.  He was also active in politics - he was EP regional chairman of the United Party and then moved to the Progressive Party.

From finding thousands of oysters washed up on the beach from the oyster beds off the coast, he introduced oyster farming in PE supplying many restaurants all over the country until fairly recently.  Unfortunately the building of the new harbour has caused the oyster beds to silt over. After much sweat and tears Edgar tamed some of the shifting dunes by creating barriers of gravel, limestone, dead branches and then sowing rooikrans seeds that flourished and provided shade, shelter and improved the soil.  He was then able to make a road down to the beach to transport larger quantities of shell grit which was sifted and dried in the kiln for the poultry industry. 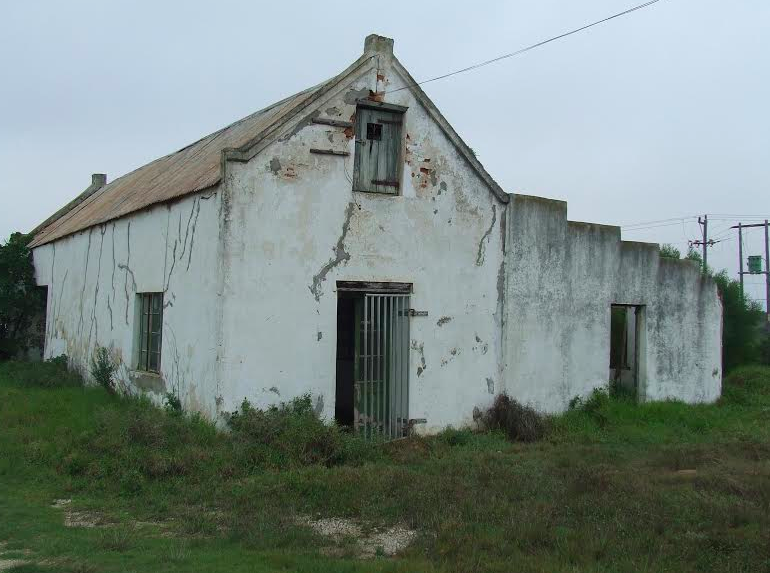 A Shed on the Hougham Park Site (Doug and Janet Drysdale)

Later he extended this gravel road, opening up seven kilometres of beachfront.  He could then offer improved camping and recreation facilities to thousands of fishermen and campers of all races. He was planning many other projects but as he died of a heart attack in 1992 at the age of 77 they never came to fruition.  Patty had one of the most extensive shell collections in the country many of which were collected on the Hougham Park beach.

On the death of his father, his son David took over the running of the farm with his wife Kate until the farm was acquired by the CDC in 2007.  David and Kate made many improvements to the farm one of which was the introduction of a beautiful herd of Nguni cattle.

This is an important, historic family farm and graveyard - very much part of the history of Port Elizabeth and should be preserved.