Some Reminisces of Malmesbury 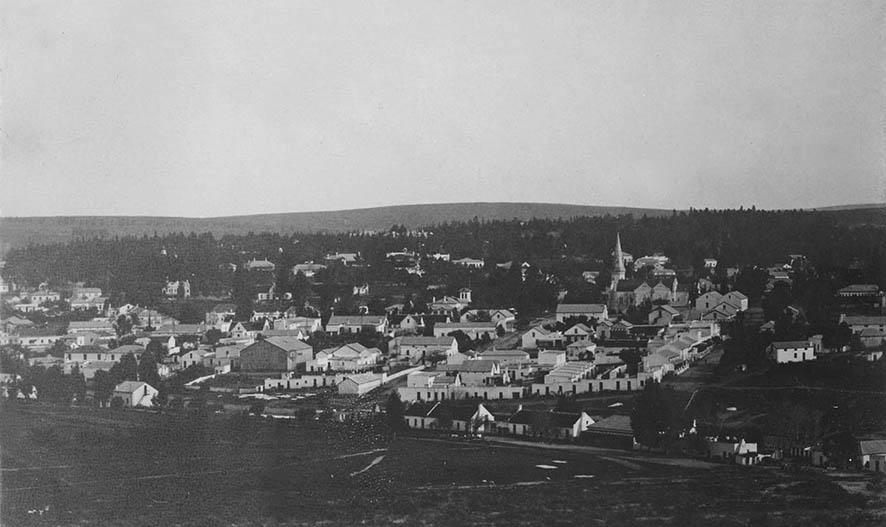 Around the town stone age tools are found on the disturbed, agricultural lands, and more so alongside the Diep River and streams, telling us of human occupation over many millions of years.

The San also left evidence, in paintings on nearby Kasteelberg, and even though a transhumant people, the Khoekhoe too left similar indications of their presence. In today’s aware world, these people altered the environment little and must be considered to have had a balanced existence.

San paintings on the lower slopes of Kasteelberg via Chris Murphy.png 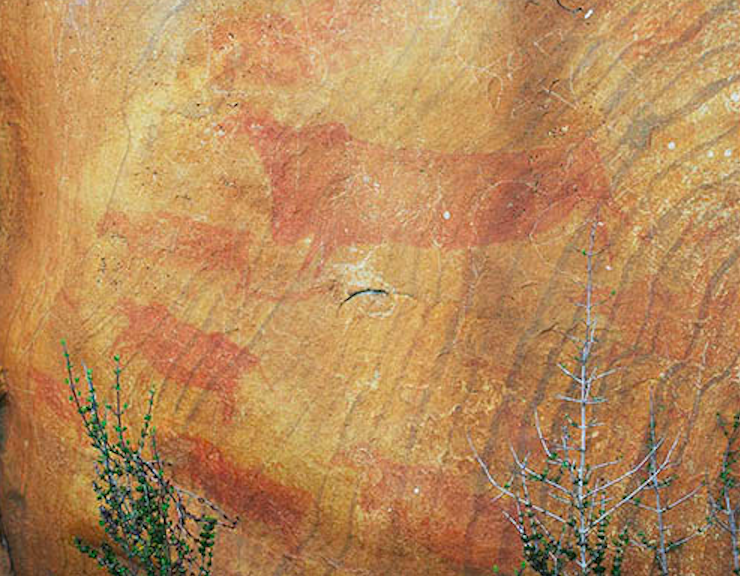 San paintings on the lower slopes of Kasteelberg

Group purported to be by the Khoekhoe near the summit of the Kasteelberg via Chris Murphy.png 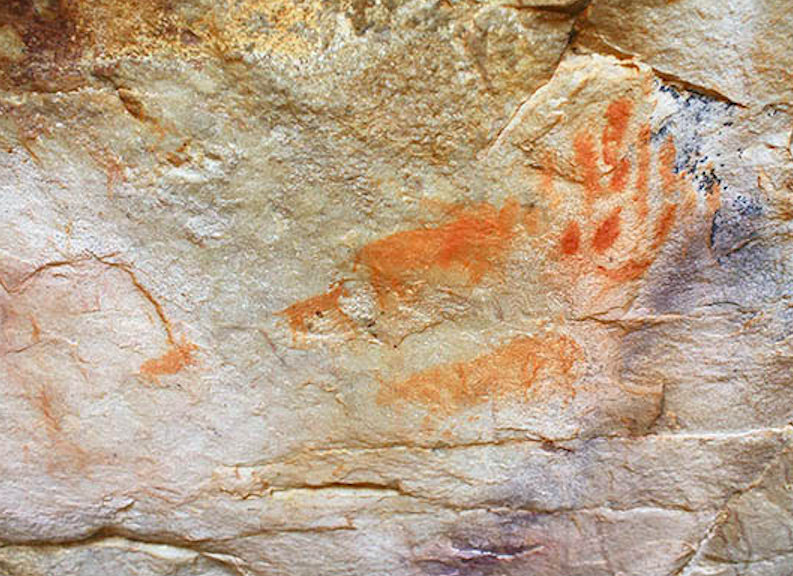 When an expedition in 1655 under Jan Wintervogel left the settlement at the Cape scouting for cattle and minerals, it was the first to encounter the San, after previous dealings with the Khoekhoe. He described them as ‘a certain people of very small stature, subsisting very meagrely, quite wild, without huts, cattle or anything in the world, clad in small skins like these (Khoekhoe) and speaking almost as they do’. They also came across a fertile bowl through which ran a river, the Diep.

Less than a century later, in 1743, the place was visited by Commissioner Baron van Imhoff who was horrified that the families settled in the area had no access to religious services. He ordered the construction of a church, and the farm, Welvergenoegd, was purchased from the widow of Pieter van der Westhuizen for that purpose. 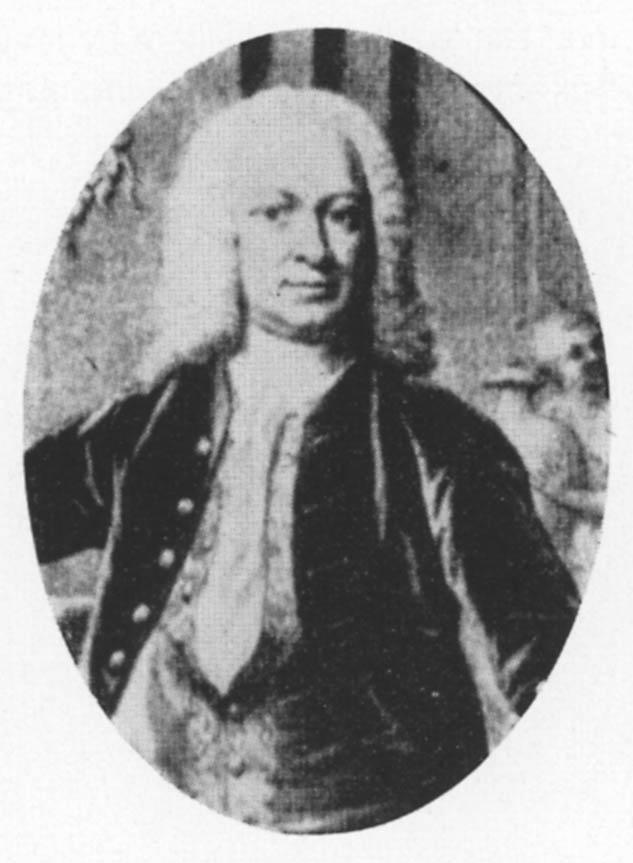 One of the aspects of settlement is naturally water, and access to this resource for the early town, and for the Nagmaal visitors, was wells. One of those still remaining is in probably the most unusual location for a Provincial Heritage Site, within a retail store, Lewis in this case. 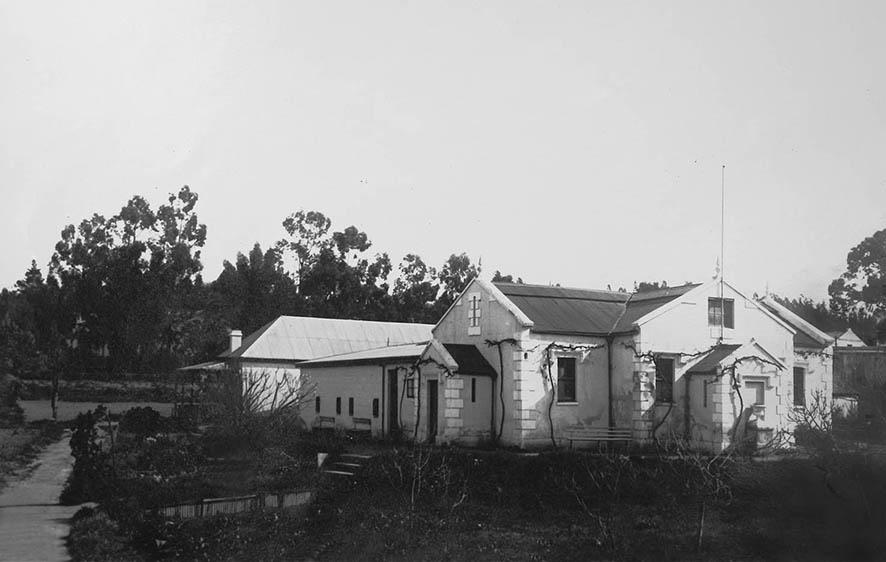 Plaque erected at De Bron Shopping Centre with some detail of the beginnings of Malmesbury via Chris Murphy.jpg 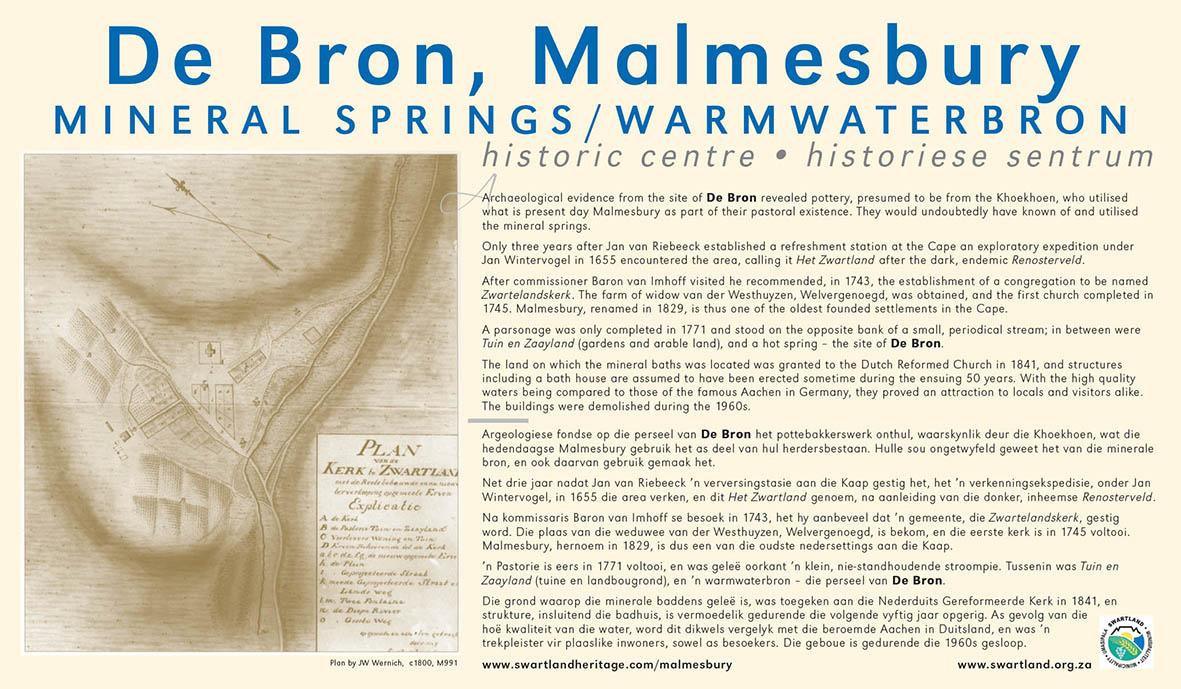 The plaque erected at De Bron Shopping Centre with some detail of the beginnings of the town, and including a map by JW Wernich c1800, showing the early cruciform church, Sexton’s house and pastorie. 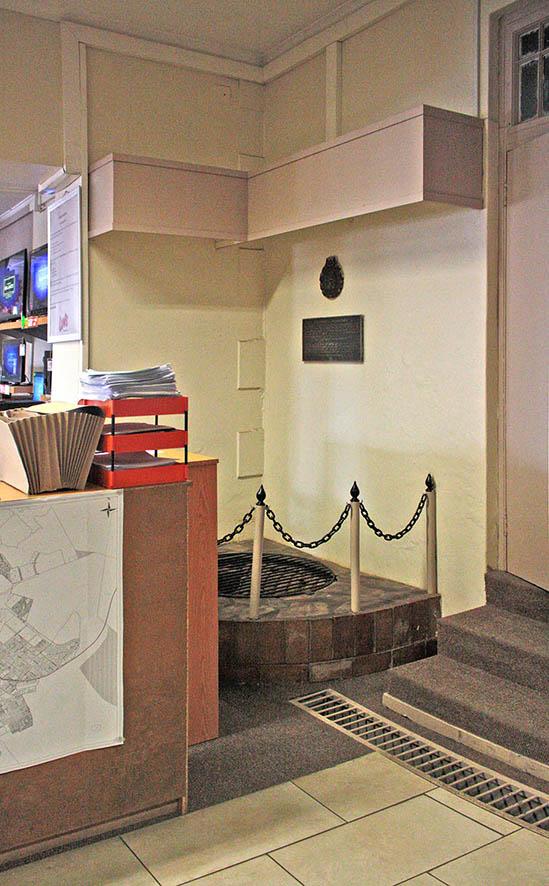 Historic well in the parking area of a retail complex behind Voortrekker Road Malmesbury via Chris Murphy.jpg

Two of the other remaining wells stand incongruously in the parking area of a retail complex behind Voortrekker Road, and one uncovered and preserved during building of the Apostolic Church.

Hot springs were also a feature of Malmesbury, with evidence of Khoekhoe pottery found on the site, and were later a drawcard for visitors with substantial facilities. They were demolished during the 1960s and today a shopping centre occupies the site.

An unexpected visit in 1808 was by a group slaves and two Irishmen led by Louis of Mauritius. They had become aware of global changes regarding slavery and decided to stage a revolt. After gathering at a farm, Vogelgezang, just outside Malmesbury, they marched towards Cape Town, gathering other dissidents along the way. The authorities had become aware of the plan, and the group was stopped at Salt River. The majority were released with severe warnings, but most of the leaders were hanged.

Sculpture of Louis of Mauritius leader of the first slave revolt via Chris Murphy.jpg 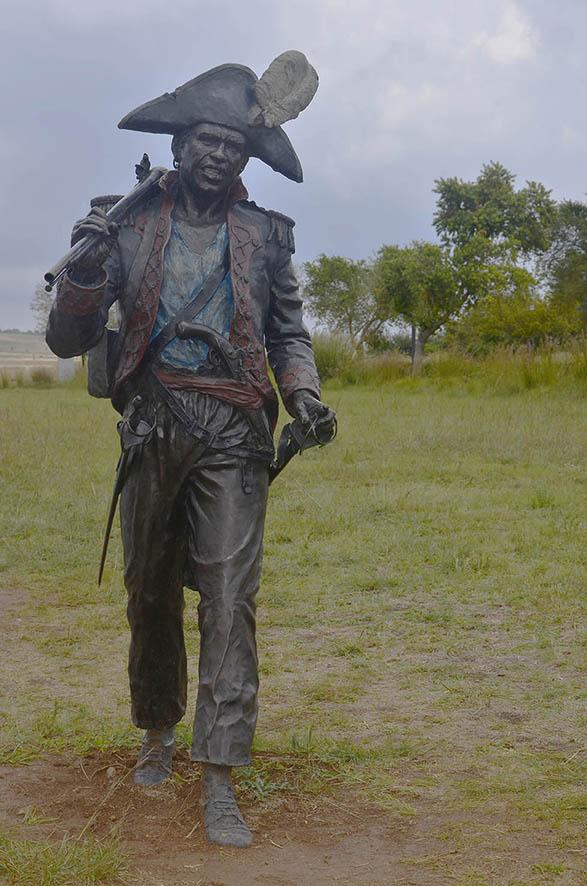 Louis of Mauritius, leader of the first slave revolt, dressed in the attire of a fallen French soldier at the Battle of Blaauberg two years previously. The sculpture is one of the components of The Long March to Freedom, here at The Cradle of Humankind, now located at Century City, Cape Town.

When JW Wernich drew a plan of the embryonic village in c1800 it showed a cruciform church, sexton’s house and parsonage some distance away. Sir Lowry Cole in 1829 named the town, until then known as Het Zwartland, Malmesbury, after his father-in-law. By mid-century signs of growth were evident, but most of major expansion occurred in the latter half of the century.

In 1905 the town was hit by a tornado, by local accounts a short but violent storm, claiming the lives of two youths and three adults. The destruction and damage to many buildings has contributed to the lack of early gabled (only two remain) and thatched houses. 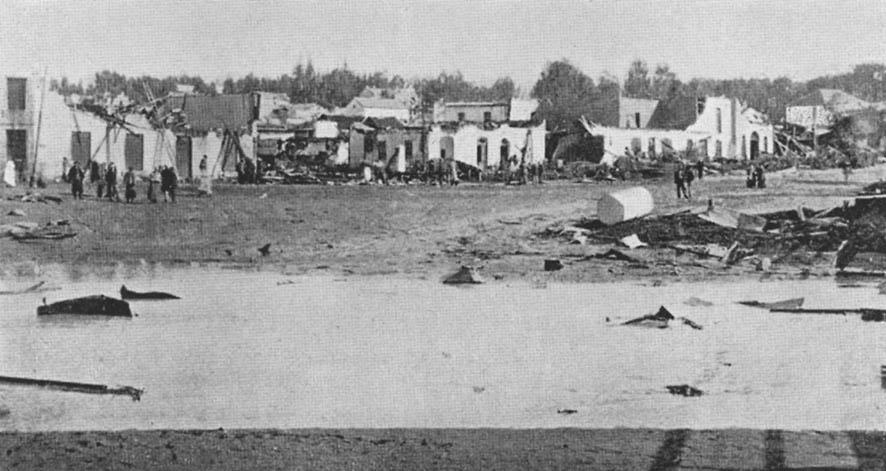 A scene depicting the destructive power of the tornado (Swartland Municipality)

The core agricultural activity has been wheat growing, resulting in the area being considered the ‘granary of the Cape’. After a boom period in the 1870s there was a period of struggle, ultimately resulting in the forming of BOKOMO and SASKO, still in the heart of the town.

Continuing expansion resulted in the construction of a modern bridge in 1919 to replace an earlier simpler version, followed by a power station, then a dam in the nearby Paardeberg to service the town. 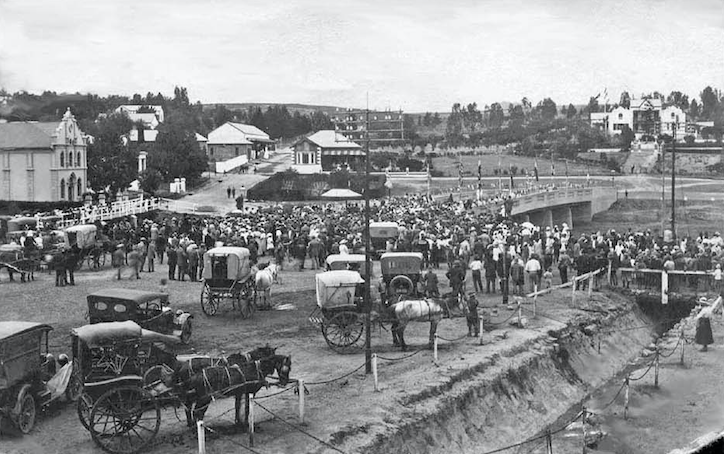 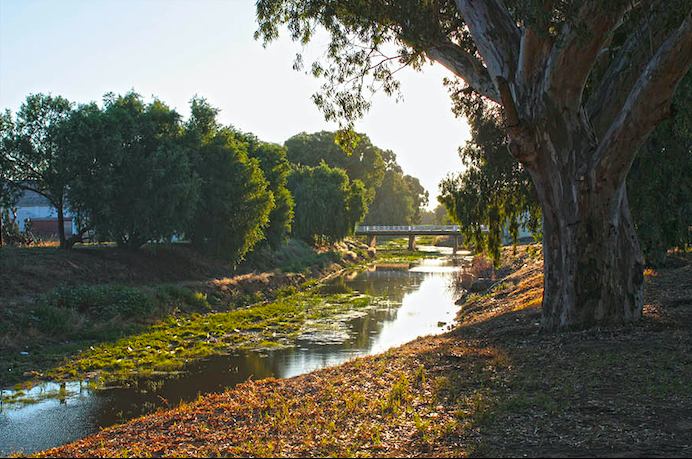 The opening of the bridge across the Diep River (top), and today, now a century old (bottom). Old image via Malmesbury Museum.

The Dutch Reformed Church is still the visual centre of Malmesbury; although altered from its original form it is believed that elements from that construction still remain. The town once had a sizeable Jewish population but after it declined the synagogue became a museum, hosting exhibits of the town’s evolving history. 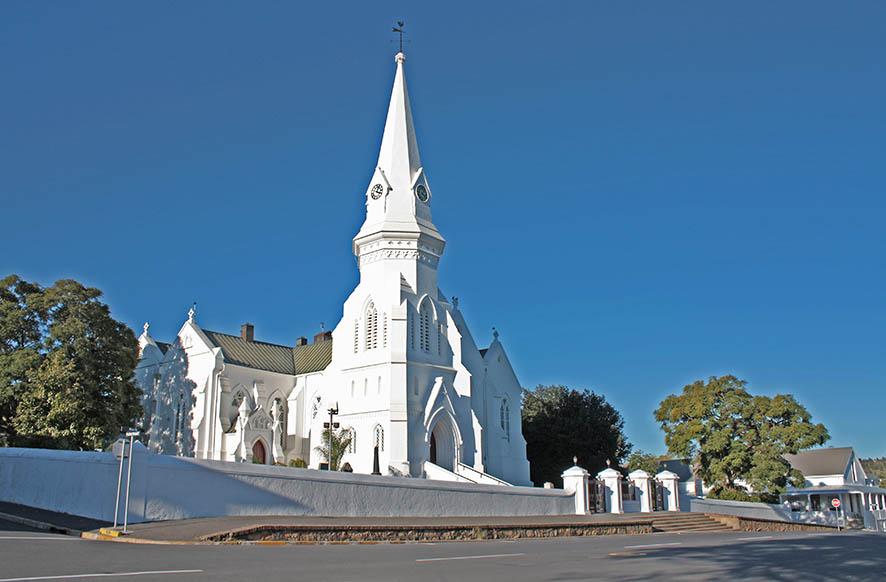 The dominant visual feature still in Malmesbury, the Dutch Reformed Church, still as it would have appeared late 19th century 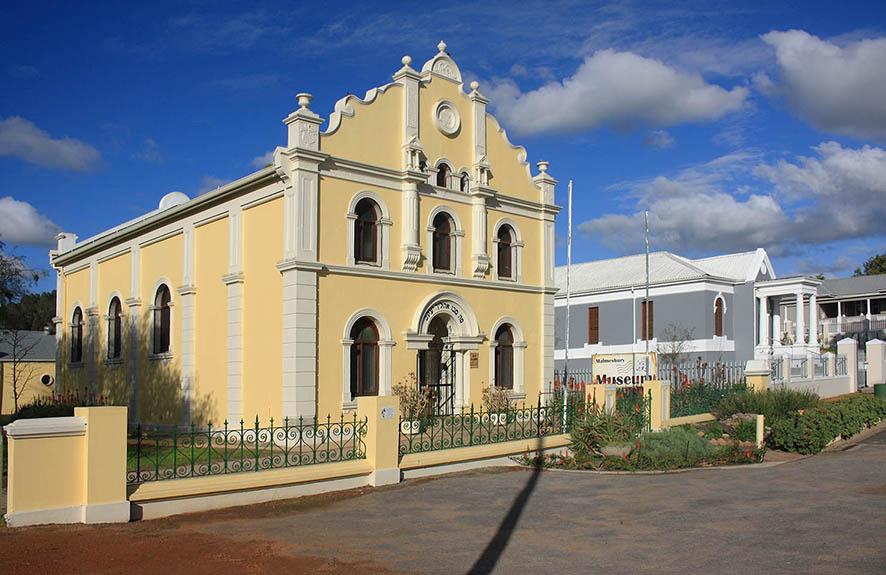 The Old Synagogue, today Malmesbury Museum, and alongside the Masonic Hall, utilised as a church.

Excerpts from a presentation delivered by Chris Murphy at the Malmesbury Museum on 12 November 2019. Chris was a member and subsequent chair of the Swartland Heritage Foundation for many years. He has also completed the Urban and Architectural Conservation course at UCT. At present he is the chair of the West Coast Museum Forum.