A new perspective on Johannesburg trams 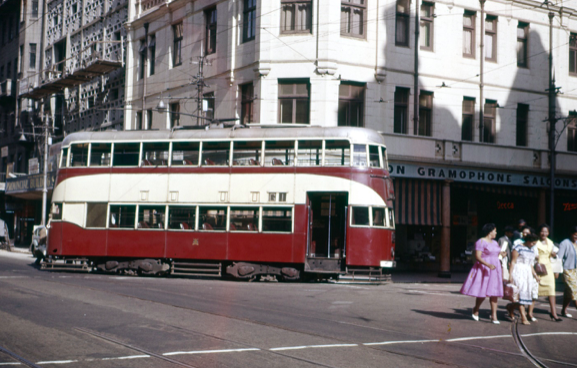 On the 14th of December 2019, Sydney, Australia, opened a new light-rail tram service between the CBD and Randwick which is to the south-east of the City. There is also another service to the south-west of the City which has been in operation for some years. The new service goes right past the famous Sydney Cricket Ground and the Royal Randwick Racecourse.   I rode the full length of the new line recently and it is the trams themselves that I want to comment on.

These new trams, supplied by Alstom, are typical of the current world-wide trend in light-rail design where a set comprises 5-segments that are articulated with concertinas in-between each segment. Sydney Light-Rail operates two sets coupled together as a single unit which makes for a pretty long tram overall. As the new tram negotiated sharp curves in the City, going around corners and turn-outs, the vehicle groaned and squealed - voicing its discomfort! 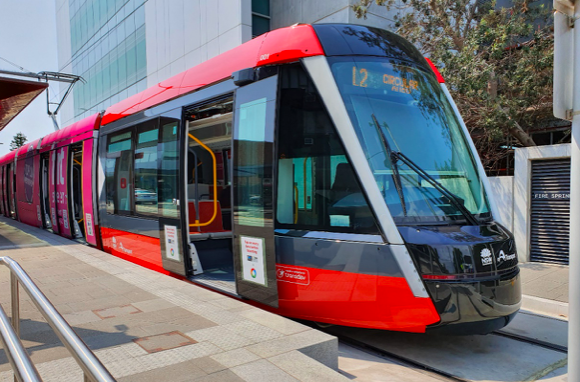 The tram that we rode in (Carol Pivnic)

Coming off the tram after the full ride, I was mentally comparing this ride with the trams in Johannesburg, many years ago. The Johannesburg trams that I was comparing the Sydney lot with, are those 50 all-steel, streamlined trams that were built in the UK by Metro-Cammell in Birmingham in 1936 for the British Empire Exhibition. They ran between the City and Milner Park for the duration of the Exhibition and then were used on all the major routes around the City to the suburbs. Those 50 Johannesburg trams were known locally as "liners" due to their streamlined shape. They rode exceptionally softly and smoothly on the track laid in the City streets or on reserved sections on ballasted track. Claims were made that they could travel at 60mph in their heyday!

Johannesburg Municipal photo of one of the streamliners in the tram shed.png 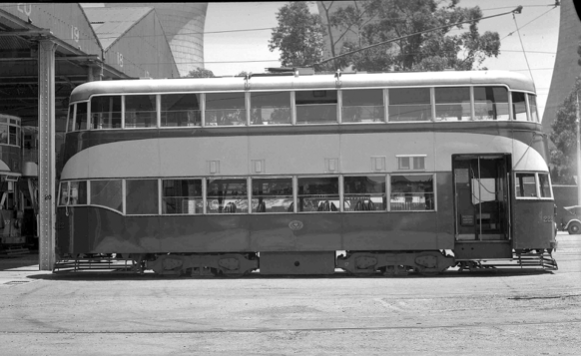 Here is an official Johannesburg Municipal photo of one of the streamliners in the tram shed – taken when they were virtually brand-new.

Noteworthy, are the tinted upper panes of glass on each window to reflect the hot Summer heat. This tram is also carrying the original older municipal crest amidships just below the waist. These crests on all JMT trams were later changed to the newer municipal crest as shown in the main image. I took the colour photo on the corner of Market and Loveday Streets in February 1961– only one month before all the trams were withdrawn from service. The “liner” is approaching the starting point for the Malvern service.

Now - for the crunch! The brand-new Sydney trams don't come close in comfort or silence to the Johannesburg “liners” that were built 84 years ago!!!   There is no comparison between the two types - the Johannesburg “liners” for comfort, silence and speed, put these brand-new trams to shame!  In the Johannesburg “liners”, the seat-backs were reversable when the tram reached the terminus - here in the Sydney Light-Rail cars, the limited number of seats are fixed and close together - several facing each other, resulting in people having to face each other at really close quarters which is not pleasant and something that I experienced on my journey. I could hardly believe that trams built 84 years ago are vastly superior to the modern-day version. 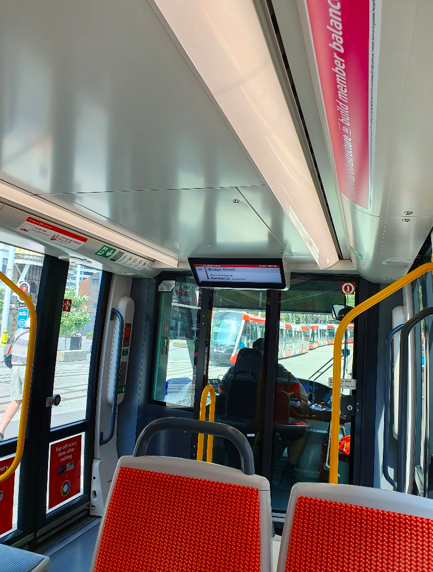 So, to my mind, the march of progress over time does not always mean something better! The 84-year-old Johannesburg trams built in the UK by Metro-Cammell for the British Empire Exhibition in 1936, still reign supreme for comfort, seating and smooth almost silent operation.

About the author: Les was born in a private house in Brixton on July 7, 1935. He attended Twist Street Primary School from 1946 to 1948, after returning from Durban where he spent 3 years during World War II when his dad was in the Army.  He attended Parktown High and after that, he started his working life for the CNA in their Fancy Goods Department. Les then trained as a window dresser with Jacoby & Co in Kerk Street where he remained for 15 years of his working life. All this time, his heart was in railways and he had made a private study of the SAR's steam locomotives and other rolling stock - especially dining cars. This led to an invitation from the SA Railway Administration to join the SA Railway Museum as Assistant Curator in July 1972. He was overjoyed at this development and remained in their employment for the remaining part of his working life. During this time, SA Transport Services published his book on the history of all catering vehicles used on the SAR - dining/kitchen/lounge cars etc. He was boarded on pension in 1989.