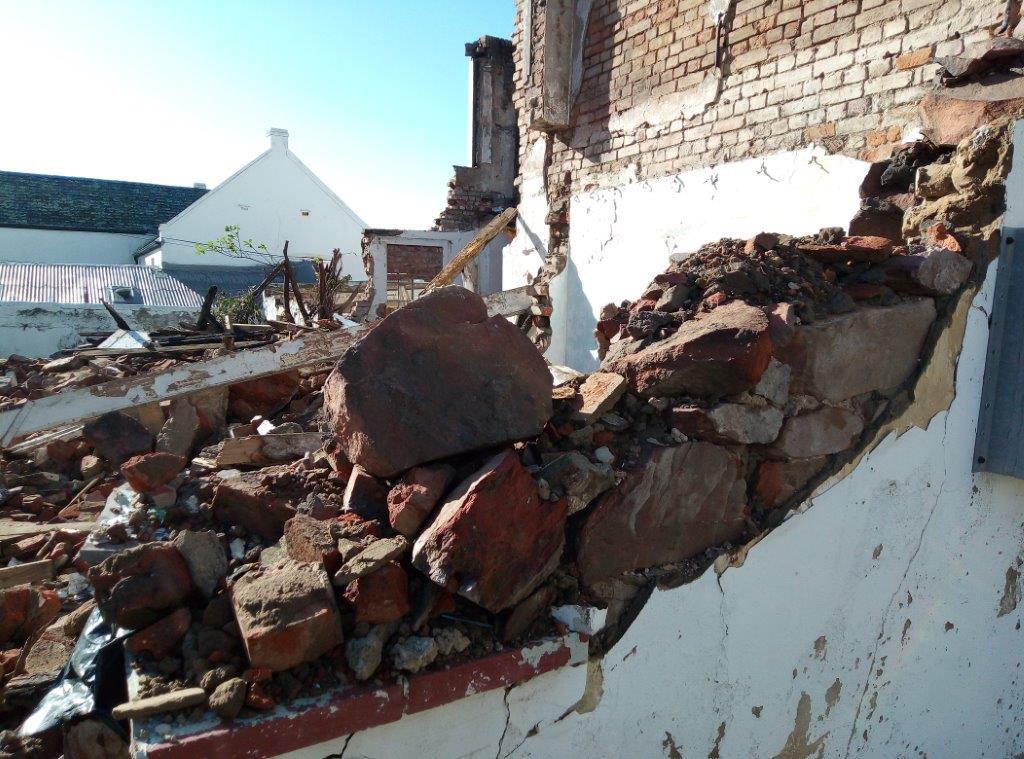 The demolition of Central Buildings has brought about a massive response from both citizens of Port Elizabeth, the wider national Heritage bodies and ex Port Elizabethans, internationally. The shock and sadness still continues.

I was devastated to witness this demolition as I have been fighting; for these buildings since 2005.

In 2005 I arrived as curator of No7 Castle Hill Museum. I was informed by an ex curator that this position also entailed being custodian of Castle Hill, which I understood fully, as this is an important historical precinct. I was in constant communication with the Anton Rupert Foundation, which later became Stellenbosch Heritage Houses, as the two cottages below The Summit , belong to this trust.

The offices of Mr Denton (owner of The Summit and Malbador) were contacted, almost on a weekly basis, and each contact recorded in the diary.

The Summit and Malbador were constantly under our watchful eyes. When I arrived at in 2005, these two buildings were quite habitable, in fact we considered moving into one of them.

The Summit next to the Historical Museum Port Elizabeth - Heritage Portal - September 2014.jpg 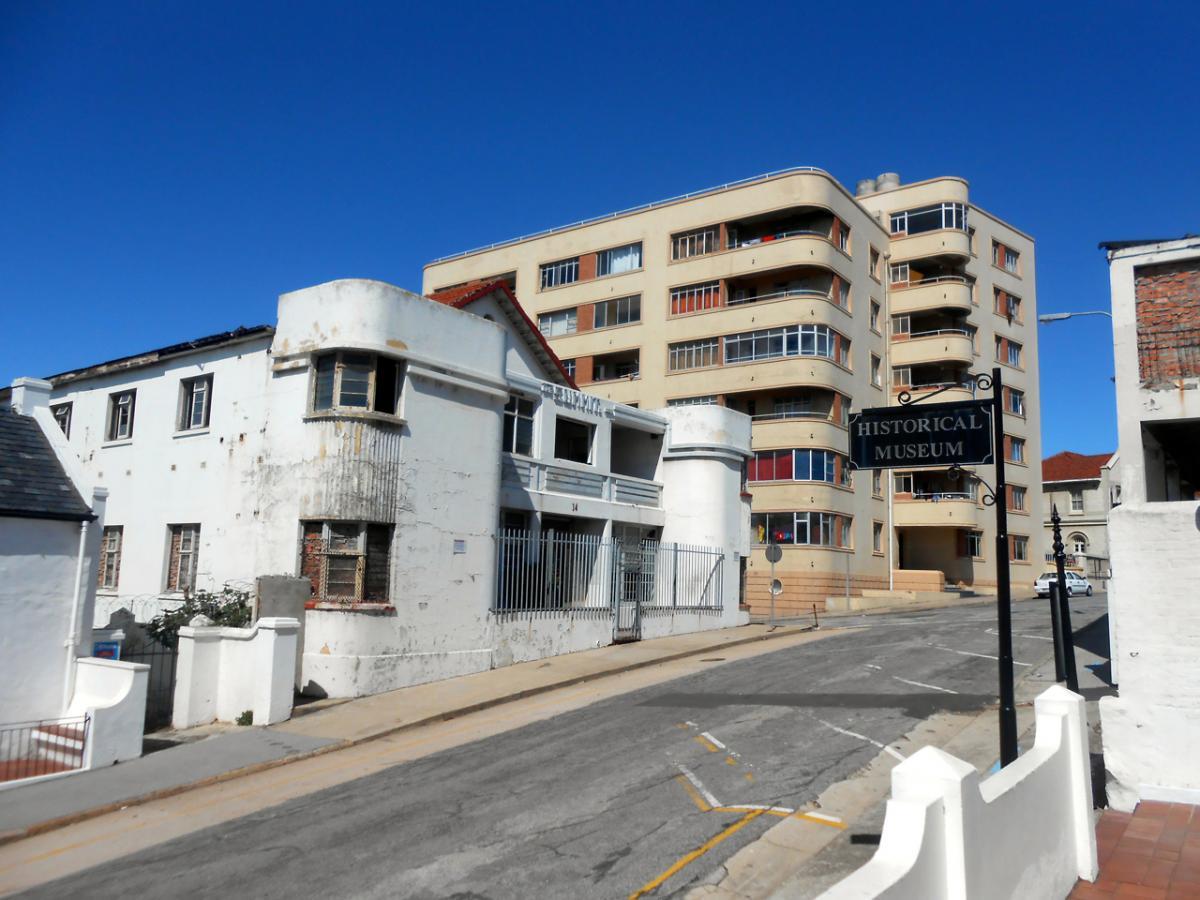 The Summit (The Heritage Portal)

Whenever windows were broken, vagrants were discovered in the buildings, fires set alight, I would contact the owner. I had wonderful co-operation by the police force to begin with, also the Social Welfare Department in the Metro. In my opinion it is apparent this was an orchestrated move to allow these buildings (and others) to deteriorate to their sad state.

Their history and prominence has been written about in previous letters to Port Elizabeth papers. This scar on the hill has destroyed the much appreciated Donkin Heritage Trail, walked by many tourists and scholars throughout the years. A blight on the urban landscape. 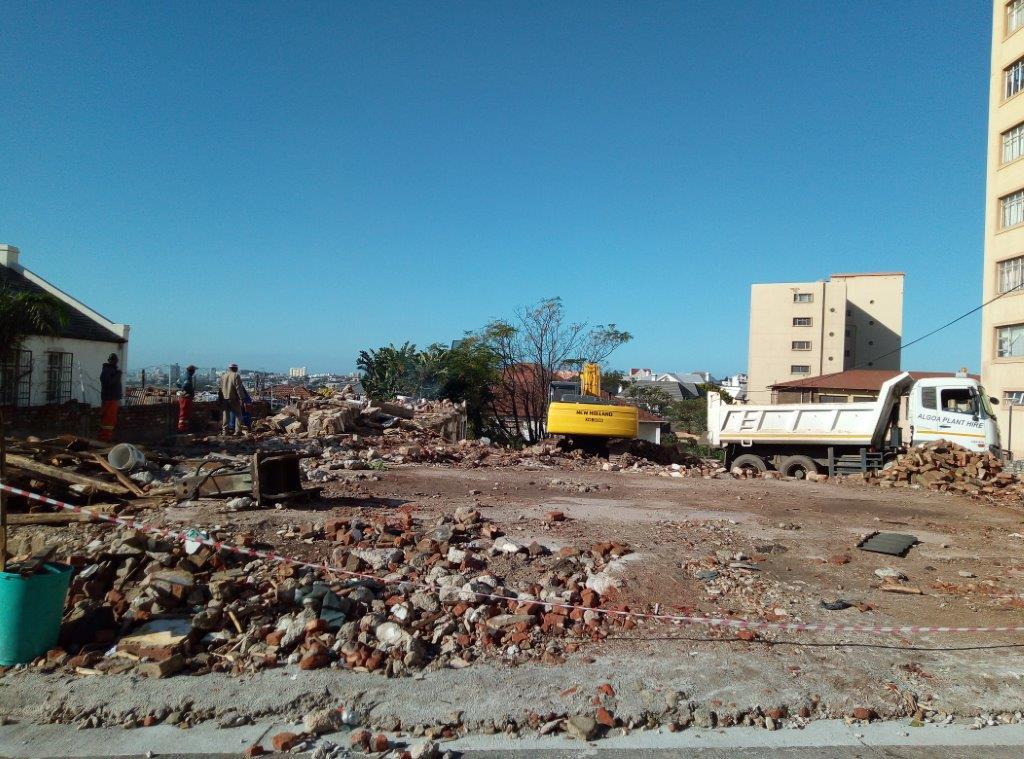 Scar on the Hill

It is easy to point fingers; but the most damage, has been by the Mandela Bay Metro in allowing this wanton destruction and lack of care of our Heritage buildings to continue. The National Heritage Laws are available for every one to read. The Gazetted laws should be abided by. The Metro, according to these laws, has the authority to order maintenance and can confiscate a building. These laws are ignored.

What has happened to the Problem Building by law? Where are the town planners? Why is it thought to be acceptable that any old building housing addicts and vagrants can merely be destroyed? The Metro must get its social welfare attended to, and security into the city centre. Too much talk and not enough action.

The Eastern Province Provincial Heritage Resources Authority committee in Port Elizabeth is highly professional and meets monthly. I doubt the present Director of ECPHRA in Bisho knows the laws. Why has this director not visited the metro? The largest applications for alterations etc comes from Port Elizabeth. Surely this city worth a visit?

Grizel Hart is the Chair of the Mandela Bay Heritage Trust.