War Memorials in Banks and Companies 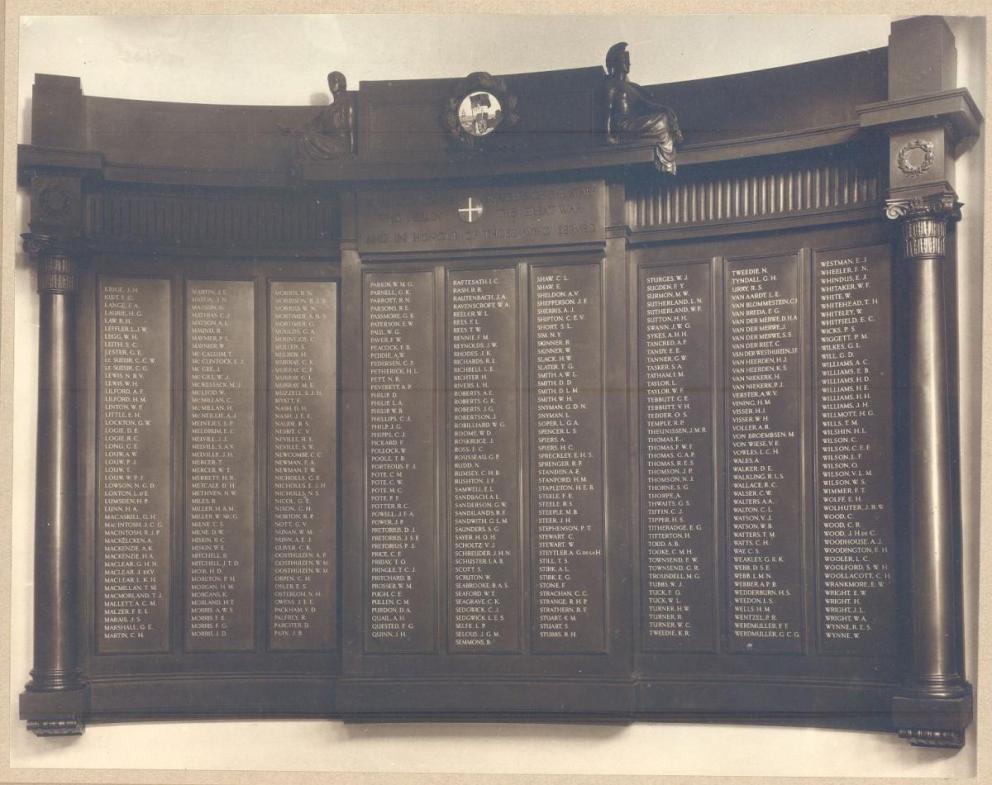 [Originally published August 2015] Last week Roger Fisher of Artefacts fame (and so much more) got in touch to ask if the small memorial plaque in the Standard Bank, Commissioner St, Johannesburg, for Standard Bank employees killed during the First World War still existed. Letitia Myburgh, Head of the Standard Bank Heritage Centre confirmed that it still did and sent through some details. The email conversation inspired Kathy Munro to write a fascinating piece on the lesser known memorials located in corporate and institutional offices.

In gathering information about South African war memorials, one is reminded that many men from the mines, companies, banks and institutions enlisted in the military and volunteered for services to fight in both World Wars as patriotic South Africans. The South African record of service was impressive. Often the names of men who were killed or died on active service were commemorated in plaques prominently positioned in foyers of corporate head offices. Sometimes Rolls of Honour were inscribed in a special commemorative volume or even published in a book  (e.g. see Barclays Bank: "Bank in Battledress"). Commemorative plaques offered a dual memorial, acknowledging that the person had been an employee or colleague of a specific firm and offering the comfort to families of a Memorial honour. The enormity of loss and sacrifice in war meant that memorialization was a way of assuaging grief and triumphing over the finality of death.

Standard Bank's archivist and Heritage Head Letitia Myburgh, has kindly sent us some information and photographs of their war memorials. These days the memorials have slipped into the category of heritage survivals and history. Such memorials deserve attention to ensure their preservation, if alterations and changes happen to the buildings containing these memorials. Or if there are demolitions.

Often these lists look like a roster of endless names, but there is a story behind each name and the details of the person can be researched and connected via the Commonwealth War Graves Commission Online Resource where all information about individuals killed in wars involving Britain, the Empire and The Commonwealth have been digitized. One can trace the records and recover information about rank,  date of death, where the person was buried,  cemetery, tombstone inscriptions etc. 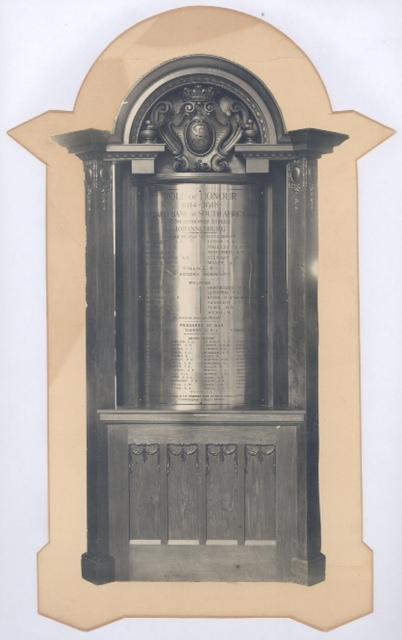 Johannesburg Standard Bank Memorial of employees who died in World War 1. The artist who designed the memorial was the architect, John Harrison. (Standard Bank Heritage Centre) 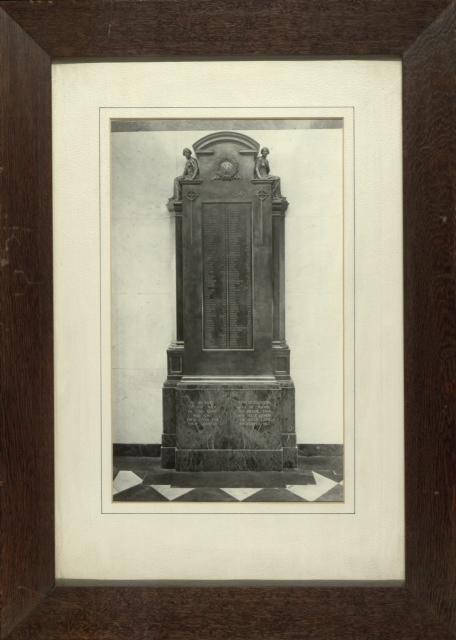 I would like to encourage enthusiasts to please take local photographs of memorials relating to wars and to submit these to the Heritage Portal (email admin@theheritageportal.co.za). I would like us to develop a few threads to preserve this information. Of particular interest are the less well known plaques in the buildings of companies or at mine offices or in institutions.