The Story of the Douglas DC-3 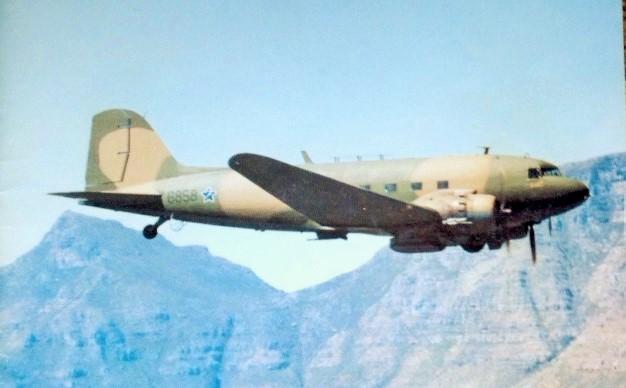 The story of the DC-3 really began in tragedy, when a plane crash caused a public outcry across America over the quality of passenger aviation. It took the death of the famous football (grid iron) coach, Knut Rockne of Notre Dame University, who with five other passengers and two crew was lost when Transcontinental & Western Airlines (TWA) Flight 599 went down at Bazaar, Kansas (between Kansas City & Wichita), on 31st March 1931. The aeroplane was a Fokker F-10A Tri-motor, made of laminated wood and fabric and was considered to be one of the leading airliners of the day.

The response to the “Rockne Crash” was to ground the F-10A fleet whilst an investigation was carried out to determine the cause of the crash. Initially it was thought that strong winds or icing were to blame, but it was later established that moisture had seeped into one of the wings of the plane which had weakened the glue that held the wing spars together, to the extent that the wing parted from the fuselage. The crash was a pivotal moment in aviation history and its upshot was that radical changes to the airline regulations were made, which hastened the advancement in airframe design and compelled the American aviation industry to develop all-metal (aluminium) types.

In the aftermath of the crash TWA’s and Fokker’s reputations were tarnished, however both companies recovered and lived on. TWA being unable to purchase the new Boeing 247 aircraft (as United Airlines had first option on that model), instead issued a specification for an all-metal version of the tri-motor, to which Donald W. Douglas responded with his streamlined twin-engine 12 seat DC-1 prototype (DC stands for Douglas Commercial), which took to the air on July 1st 1933. TWA (represented by their technical advisor Charles Lindbergh) liked the basic design concept and ordered twenty of a similar type, however with more powerful engines and seating 14; this became the DC-2. Douglas wrote an article for “Popular Mechanics” published in February 1935, entitled “DOUGLAS tells SECRETS of SPEED” which encapsulated his design philosophy. The maiden flight of the DC-2 took place on 11th May 1934 and later that year it became the “Good Ship Lollipop” that Shirley Temple sang about in the film “Bright Eyes”.

Douglas had tooled up for the production series of the DC-2 and sales were mounting as the plane was a marked improvement over the 247. He also entered into an agreement with Anthony Fokker for the sale of the DC-2 in Europe, which entailed shipping the plane in kit form to Holland where it was re-assembled and tested by the Fokker Aircraft Company (NV Fokker) before delivery to an airline.

American Airlines wished to fly a coast to coast sleeper service between Los Angeles and New York, with only two intermediate landings. This required a plane larger than a DC-2, both in length and width. The now famous long distance telephone conversation between Cyrus R. Smith CEO of American Airlines and Donald Douglas, during which Smith persuaded a reluctant Douglas to go ahead with the design of a larger version of the DC-2, only after a promise to buy twenty of the new aircraft. It must be remembered that at the time the USA was only just recovering from the Great Depression and both men took a risk on the outcome.

The new aircraft was designated DST - Douglas Sleeper Transport and was designed by a team led by chief engineer Arthur E. Raymond. The prototype first flew on December 17th 1935 (exactly 32 years after the Wright Brothers’ first flight at Kitty Hawk) and was ready for revenue earning service by June 1936. After seven DSTs had been built, a version with twenty-one seats was made, which was to become the first DC-3 airliner. No prototype was necessary and its success was immediate and within three years it had become the world’s leading airliner.

The American aircraft industry as a whole had leaped ahead of the world by 1936, with offerings from the major suppliers, Boeing, Curtiss, Douglas and Lockheed; all were making the twin-engine low wing monoplane, of aluminium stressed skin construction. Douglas was by far the market leader and was signing licensing agreements for its DC-3 to be made in Holland, Japan and Russia. 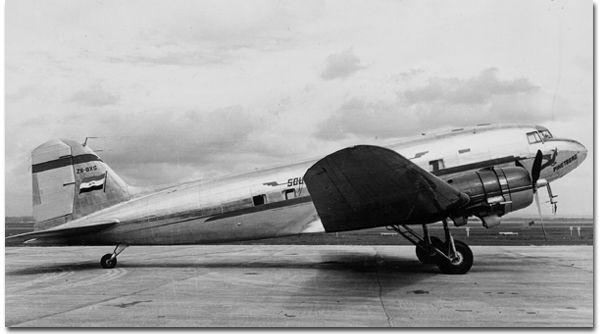 It was when the USA entered the Second World War, after the attack on Pearl Harbour (7th December 1941), that the versatility of the DC-3 came to the fore when the military versions, the C47 - Skytrain and the C53 - Skytrooper were built in vast numbers to serve the Allies in all the theatres of that war. When in 1942, the RAF took delivery of the C47, as a replacement for the obsolete bombers that were being used as transports, they christened it the DAKOTA, which was an acronym for Douglas Aircraft Company Transport Aircraft. All told there were roughly 10 000 C47/C53s produced by Douglas, at their plants in California (Santa Monica and Long Beach) and also Oklahoma City.

On the 1st June 1943 a civilian daylight flight - BOAC Flight 777, scheduled to fly from Lisbon to Bristol was shot down by the Luftwaffe (eight Junkers Ju 88s were in the attack) over the Bay of Biscay, off the west coast of France. The aircraft was a DC-3 (named IBIS with Reg. No. G-AGBB) and it crashed into the sea with none of the 17 on board surviving. The reason for citing this crash is that it was believed to be (but never proven) an attempt to assassinate Winston Churchill.

After the war there was a huge surplus of DC-3s on the market and the availability of such a workhorse at bargain prices gave rise to the modern air travel industry. Whereas before the war flying was only for the rich and famous, after the war it became more available to the general public.

It was at the time of the first Cold War crisis - the Berlin Airlift (24th June 1948 to 12th May 1949), that many Dakotas were called upon to airlift supplies into West Berlin, in order to overcome the blockade of the roads and rails through the Russian Sector (the future East Germany) by the Soviets. They flew regular sorties for nearly a year until the Russians ended their blockade of West Berlin. The South African Air Force played a role in so far as supplying 20 aircrews to the RAF for the duration of the Blockade.

Since the late 1940s several aeroplanes have been introduced to try and replace the DC3, namely the Vickers Viking, the Airspeed Ambassador, the Fokker Friendship, the Handley Page Herald and the Avro 748, however the old adage that the only replacement for a DC-3 is another DC-3 still holds true.

Over the years several improvements have been made to the basic design, the most important being the replacement of its radial piston engines with turbo-props and several companies worldwide make a livelihood by refurbishing the old DAK. In South Africa, Braddick Specialised Air Services is a leader in the field and markets its DC3/C47 TP aka “Turbo Dakota”, which is ideally suited for short or medium range operations, with its powerful Pratt & Whitney PT6A engines.

The main factor for the Dakota’s longevity (it has been 81 years since the DC-1 first flew) is that its cabin is not pressurised and therefore the risk of metal fatigue is considered to be small, even with those rectangular windows that proved to be such a fatigue problem for the pressurised Comet.

What of the future? Although the Dakota has been banned from the skies of Europe (Health and Safety Rules OK), it still has a role to play in places like South America and Africa where its STOL (short take-off and landing) capability is most welcome on short dirt runways remote from major settlements.

In South Africa, the Dakota Association, has as its aim the purchase, restoration and maintenance of the DC-3 and its website is a good starting point for anyone interested in the DAK (click here to view)

Their numbers will no doubt dwindle, but rest assured the DAK will still be around in 2036 to have a great 100th birthday party.