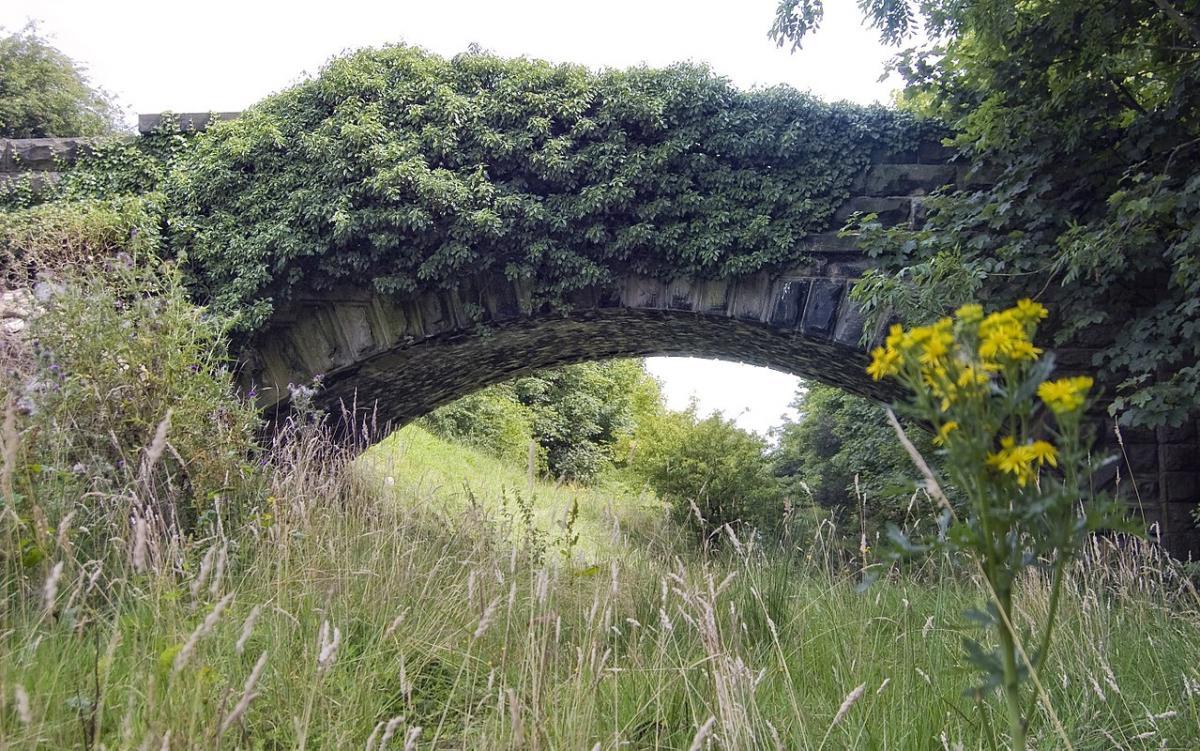 I recently watched a documentary, originally screened on the BBC in 2007, entitled “Ian Hislop Goes Off the Rails” presented by Ian Hislop, the editor of “Private Eye” and also a resident panellist on the long running TV show “Have I Got News for You”. It was Mr Hislop’s very informative “Take” on the controversial findings of Dr. Richard Beeching’s  report on “The Reshaping of British Railways” and in his commentary he said “I’m asking whether Beeching’s actions were a necessary evil or one of the great acts of vandalism of the 20th century?

It was on the 27th March 1963, that Dr. Beeching, the then Chairman of the British Railways Board (BRB), published his long awaited report on the state of British Railways (Nationalised since 1948), entitled “The Reshaping of British Railways”, to be better known thereafter as “The Beeching Report”. It was a “Bombshell” as the damage done to the rail network would be greater than that inflicted by the Luftwaffe during the Blitz! Branch lines and their stations were to be closed and the railway map after 1966 would resemble that of 1855; in effect it was the Railway Mania of the mid 19th century in reverse. Wales, Scotland and the west of England would be the worst affected by the rail closures that tookpace between 1963 and 1969.

Britain’s railways had dominated the transportation scene for 100 years (1845-1945), having superseded the horse drawn wagons and stage coaches (on poorly surfaced roads), as well as the barges on the canals, but things had come full circle and by the 1950’s road haulage was starting to take custom away from the railways. The lorry (or truck) became the chief rival of the railway wagon for the movement of merchandise, as it was far more convenient (going door to door) and the hauliers could easily undercut the rates charged by the railway. Also passenger numbers were in decline due to the upswing in car ownership, as the years of petrol rationing and austerity (1945-1955) were a thing of the past; it was said that the railway took you where it went, but the motor car took you where you wanted to go. 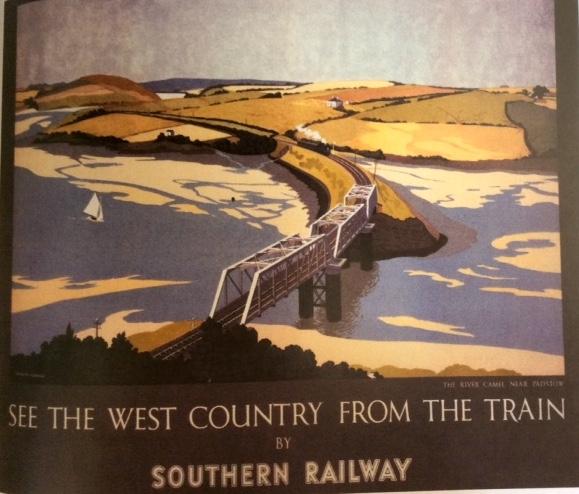 Southern Railway poster before nationalization in 1948. The bridge, which still stands, was on the line to Padstow. The railway was opened from Wadebridge in 1899 and closed January 1967. The track bed is now a popular cycle path that I rode in 2010.

Dr. Beeching (1913-1985) had a PhD in Physics and was a captain of industry and a director of Imperial Chemical Industries (ICI), when at the behest of Ernest Marples, the Minister for Transport (1959-1964) was made Chairman of British Transport Commission (BTC) in June 1961. When he accepted the job, his proviso was that he should retain his ICI salary of £24 000 per annum. This figure hit the headlines and caused a sensation, as his predecessor – Sir Brian Robertson earned a paltry £10 000, as did the Prime Minister, Harold Macmillan. Once in the Chair at the BTC (which became the BRB on the 1st January 1963) he set in motion the directives given him by the Conservative Government, vis-à-vis getting the railways back into the “Black” on the ledger. The Prime Minister had told the House of Commons, “The railway system must be remodelled to meet current needs and the modernisation plan (of 1955) must be adapted to this new shape... This will involve certain sacrifices...for example in the reduction of uneconomic services”. 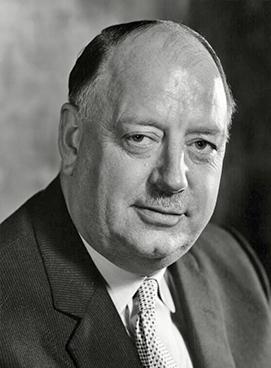 It was never Beeching’s intention to make the railways competitive with road haulage as the governing Conservative Party, which had been returned for another five years (1959-1964) was “hand in glove” with the motor industry and road builders. “Modernisation” was the buzz word and the railways were considered relics of the past. Ernest Marples was a key player as he pushed forward the building of Motorways and other road infrastructure to cater for the increasing number of cars on the road. He had a vested interest in road building, as he was a former director and shareholder of the civil contracting company, Marples Ridgeway. He was duty bound to sell off his shares on becoming a minister, which he duly did, he sold them to his wife! 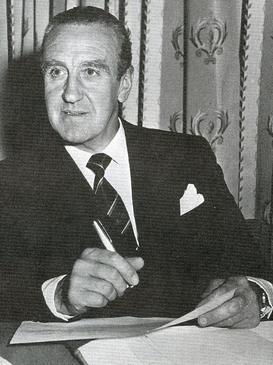 There was a hue and cry after the Report had been circulated and digested, especially with regard to Appendix 2 in Part 1, which gave alphabetically the stations to be closed, from Abbey Town to Yelverton, totalling around 2500; it read like the names on a war memorial. Foremost of all the critics was the Dutch born traffic expert, Professor Engelbert R. Hondelink, who was a naturalised British citizen and well known for his practical skills as he had restored the shattered railway services after the Allied invasion of Europe in 1944 and was a senior transport and communications consultant with the U.N. and the World Bank. What he had to say was this: “I have now digested the Beeching Report, my comment is as follows: analysis clear, concise and capable; the accountant’s work well done; the conclusions rough and unrealistic; the proposed implementation ruthless to the point of suicidal”. Unfortunately Beeching and the Government were impervious to all criticism as they fully intended to proceed with the findings and by 1969 it had come to pass and a truncated rail system survived between the major cities for high speed Inter-city passenger services and Freight Liner (container) goods services. Gone were the steam engines (by August 1968) to be replaced with diesel and electric locomotives painted in the new (drab) corporate colour of “Rail Blue” (lasting from 1964 until 1986). To railway enthusiasts the romance of the railway had died. 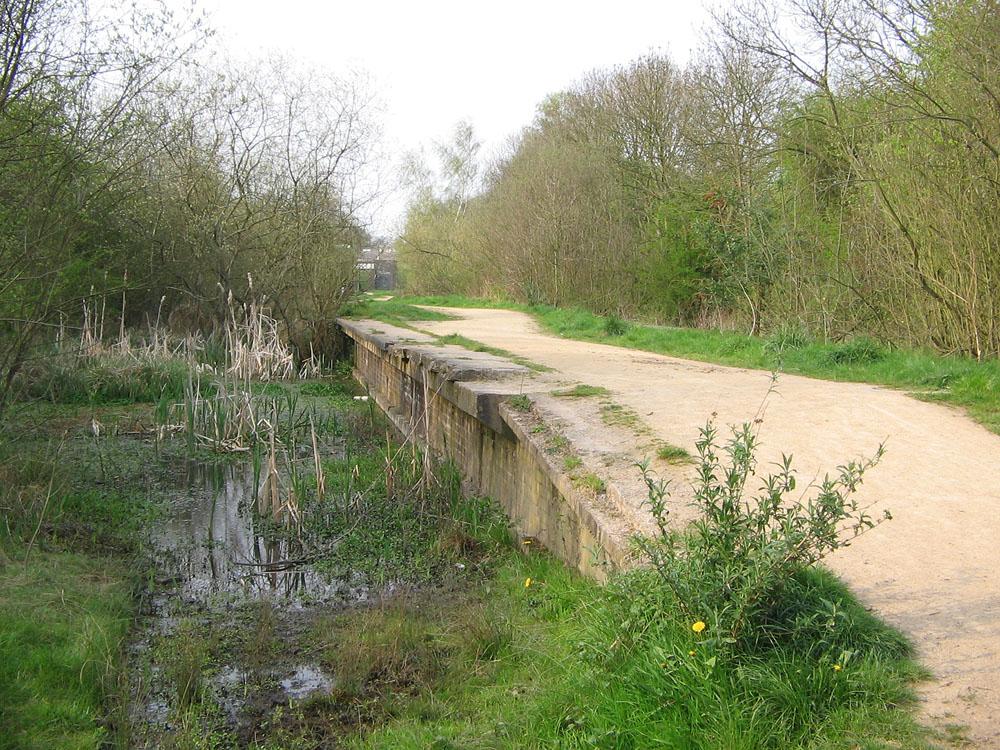 What of Dr. Richard Beeching? He will forever be remembered as the “Axeman” for his plan to cut back the branches of the railway system and he had to endure vilification for the part he played (was the money he was paid worth it, I ask?), but in hindsight was he in fact the true villain of the piece? He after all could only put forward the case for closure of the railway lines, it was the responsibility of the Minister to carry it out. Macmillan and Marples may have started the process, but it was Harold Wilson (P.M.) and Barbara Castle who finished the job after Labour had won the October 1964 General Election, even though their Election Manifesto claimed that they would reverse any rail closures!

The present Minister of Transport, Grant Shapps has pledged to re-open a number of lines that were closed half a century ago and one in particular is the “East-West line” between Bletchley and Bicester (formerly part of the Varsity Line between Oxford & Cambridge) where work is in progress and it should be completed by 2025. Unfortunately it is too late for the Great Central line (London to Sheffield) that was opened in 1899 and closed in 1966. Had it not been earmarked for closure it would have been the basis for the high speed line from London to Leeds and Manchester (HS2), as it was built with the foresight of Sir Edward Watkin with wide curves and structures (i.e. bridges and tunnels) built to the Berne Gauge of continental Europe. It was a pure act of vandalism, by short sighted politicians, no doubt about it.

Postscript: The real villain was Ernest Marples and his true colours surfaced when he fled the UK in 1975 owing the Inland Revenue 30 years of back taxes. Although he had his assets frozen he got enough money out to live a comfortable life on a vineyard in France. He was a rogue but he was hard to dislike, he was a showman who had charm and chutzpah and justice and the taxman never caught up with him.