Was there life before Metrication? 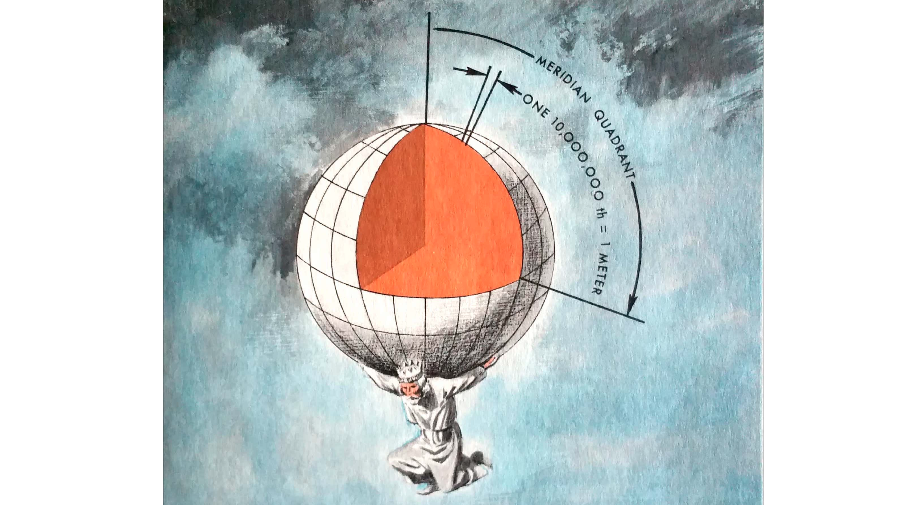 If I undertook a street survey and asked passers-by how much they weighed or how tall they were, the answers I would get back would be dependent on what system of weight and measures a person was brought up on and was familiar with. Grandparents would most likely answer in imperial units (pounds, feet & inches), and their grandchildren would reply in metric units (kilograms and metres), the reason for this is that South Africa converted to the metric system in the early 1970’s. Metrication started here in 1967 with the appointment of a Metrication Advisory Board to oversee the change over from the old units to the new (click here for a short history of Metrication in South Africa) with the bulk of the process taking place between 1971 and 1973. The authoritarian Nationalist Government speeded up events by banning the sale of measuring devices calibrated in imperial units, and by 1977 the Board was made redundant. South Africans on the whole took metrication without complaint and accepted it as a move forward, just as they had with the decimalisation of our currency 10 years before (1961) when the country changed from Pounds, Shillings and Pence (£.s.d.) to Rands and cents (at an exchange rate of R2-00 to £1). The changing of the currency (on 14-02-1961) not only signified going decimal but also South Africa’s impending departure from the British Commonwealth, which would be on the 31st May 1961 when South Africa became a republic (59 years after the ending of the Boer War). South Africa would rejoin the Commonwealth on the 1st June 1994 after Nelson Mandela was made President.

In the 21st century, the nations of the world (with one notable exception, the USA), measure all weights and measures in metric units but this was not always the case as there were other older measures derived by the Romans, Greeks, Babylonians, Indians, Japanese and Chinese, which pre-dated the metric system by at least two millennia. These archaic measurements were all well and good whilst the nations of east and west remained remote from one and other but when world trade became a reality in the 17th and 18th centuries the multiplicity of weights and measures would become a hindrance to advancement.

The “Long 18th Century” (1685-1815) was a period when Europeans radically changed their thinking on politics, philosophy and science and the era would become known as the “Enlightenment”, with the notion that the human condition could be improved by rational change. The Enlightenment spawned numerous books, inventions, scientific discoveries, even revolutions as the American and French Revolutions were inspired by its ideals.

The French Revolution (1789) was a seismic event in world history and its rallying cry “Liberty, Equality, Fraternity” would lead in time to a more equalitarian French society and the bi-product of which was to be the reform of weights and measures which would introduce the metric system to France and eventually to the world. 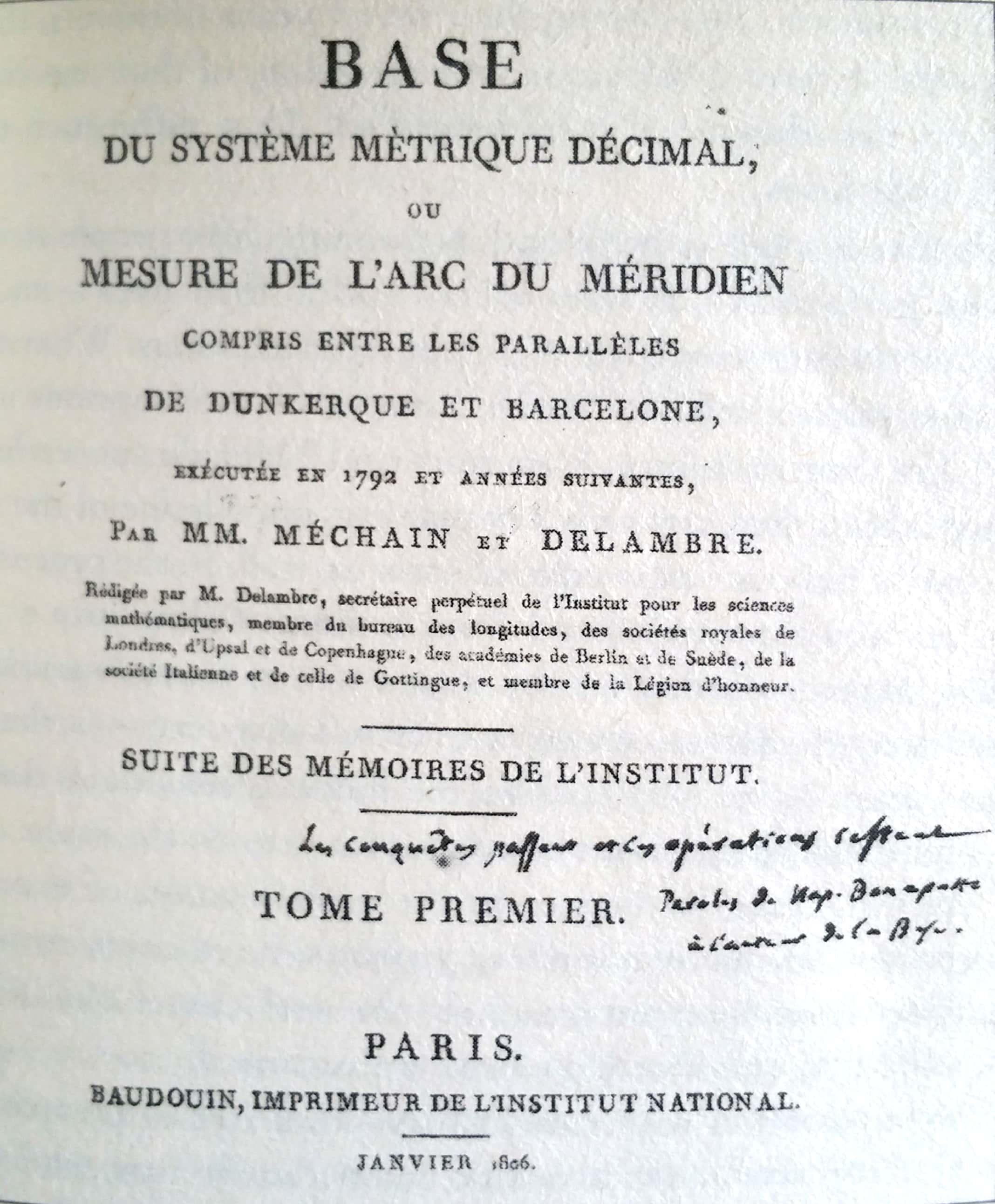 From France to the World

Despite the French, under the guidance of Napoleon Bonaparte, being the first to initiate the metric system at the beginning of the 19th century they were also the first to discard it due to the populace being distrustful of the new units and they persisted with the time honoured Measures of the “Ancien Regime” (old regime), which were many and varied. This would be Napoleon’s first defeat but not his last.

Acceptance of the metric system in France would only take place later in the 1840’s when the French were industrialising and it was to be their near neighbours the Dutch, Belgians and Luxembourgers, who had been influenced (read occupied) by Napoleon, that would carry the torch of metrication once peace came to Europe after Waterloo (15th June 1815).

Believe it or not the idea of a metric system was first postulated by an English clergyman and natural philosopher, John Wilkins FRS (1614-1672), who published in 1668 “An Essay Toward a Real Character and a Philosophical Language” in which there was a chapter entitled “Of Measure” where he proposed a decimal system that would obviate the use of the many different types of measure used across Europe. His remedy was to have a universal measure but his idea was not taken up, as the time was not ripe. Metrication would have to wait another century and a revolution to take place to make the political climate right for change.

Weights and measures have been with us since Biblical times and in the Old Testament, Leviticus, Chapter 19, verse 35 says “Ye shall do no unrighteousness in judgement, in meteyard, in weight or in measure” and to carry on verse 36 says “Just balances, just weights, a just ephar and a just hin, shall ye have: I am the Lord your God, which brought you out of the land of Egypt”. This admonition is all about honest and fair dealing on which civilised society is (or should be) based and that is the reason that the balance is recognised as the universal symbol of justice.

The United States of America still uses the pre-metric United States Customary units, that are based on the foot, pound and second, which has a great deal in common with the British Imperial system of units (now obsolescent). Intrinsically there is nothing wrong in their use as they are consistent and have served the Americans and British well. However, there have been anomalies and one such glitch occurred during the Second World War (1939-1945) when it transpired that there was a slight discrepancy between an American inch (1/12th of a foot) and that of a British inch, which caused a problem when one country tried making aircraft parts for use by the other and the parts would not fit. The small difference between US and British measure was corrected post war when it was agreed that the standard yard (3 feet or 36 inches) would be calibrated to the metre, i.e. one yard now equals 0.9144m (914.4mm), and thus yardsticks survive only as museum pieces or as curiosities. 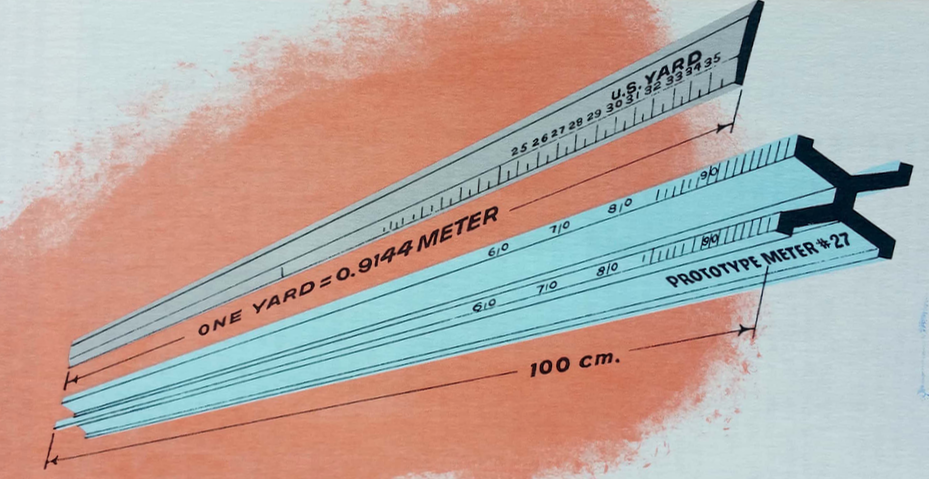 How to measure a metre (Measuring Systems and Standards Organisations)

The Imperial system of weights and measures although considered now to be obsolete still has an influence on the built environment, not only in South Africa but also across the English speaking world as buildings and infrastructure constructed prior to 1970 (and those still being built in the USA) were built to the tenets of a system that used feet and inches instead of metres. Young trainee engineers and draughtsmen are often flummoxed when sent to site to take measurements on a Brownfield site where modifications are required, for instance, to an existing workshop building that has been up for 50 years or more. The measuring tape stretching between column centres reads 4 572mm and they are puzzled that it does not read 4 500mm (4.5m) instead. This is because the building was originally built to imperial dimensions and 4 572mm equates to 15 feet & no inches (shown as 15’-0” on a drawing).

There are four “four letter” words which were once used for measurement that are no longer allowed, they are the inch, foot, yard and acre (4 840 square yards or 220yds x 22yds); instead we use millimetre, metre and hectare (10 000 square metres or 100m x 100m). I respectfully suggest that we never forget that there was a method of measurement that served our forefathers well and that there will be times that knowing the Imperial System of measurement will come in handy especially when it comes to measuring older buildings.

The metric system, known in its latest guise as the Systeme International d’Unites or just plain SI (pronounced “Ess Eye”) is taught in schools where the pupils learn that the metre is the unit of length, the kilogram is the unit of mass (weight) and the second is the unit of time. These basic units can be re-configured to give different expressions for what is essentially the same measurement; for instance 1000 metres is one kilometre and 1000 kilograms is one tonne (metric ton), and 60 seconds is one minute and 60 minutes is one hour. Hang on, I can hear you say, that is not metric (i.e. multiples of 10, 100, 1 000) and strictly speaking you would be right, however it was agreed that sexagesimal measure (counting in 60’s) was acceptable as it had been in use by the Sumerians and Babylonians from as early as 3000 BC. 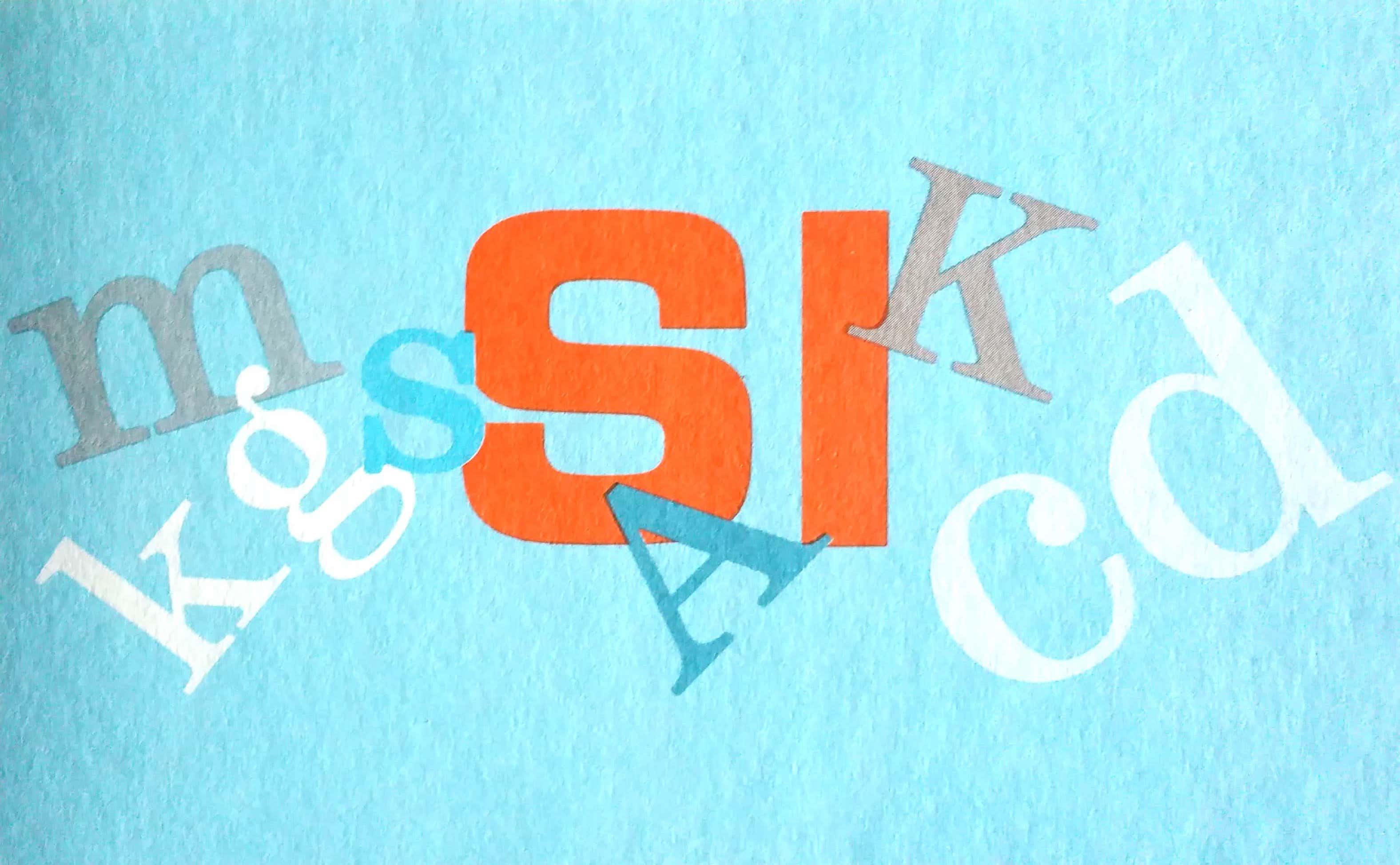 If you were to ask me “Was there life before metrication?” My answer would be an emphatic Yes, there certainly was and it was perfectly normal to use units that were not to the base 10 and should you ask me my weight and height I would say 75 kilograms and 5 foot 10 ½ inches(5’-10 ½”).