The Origins of Kensington 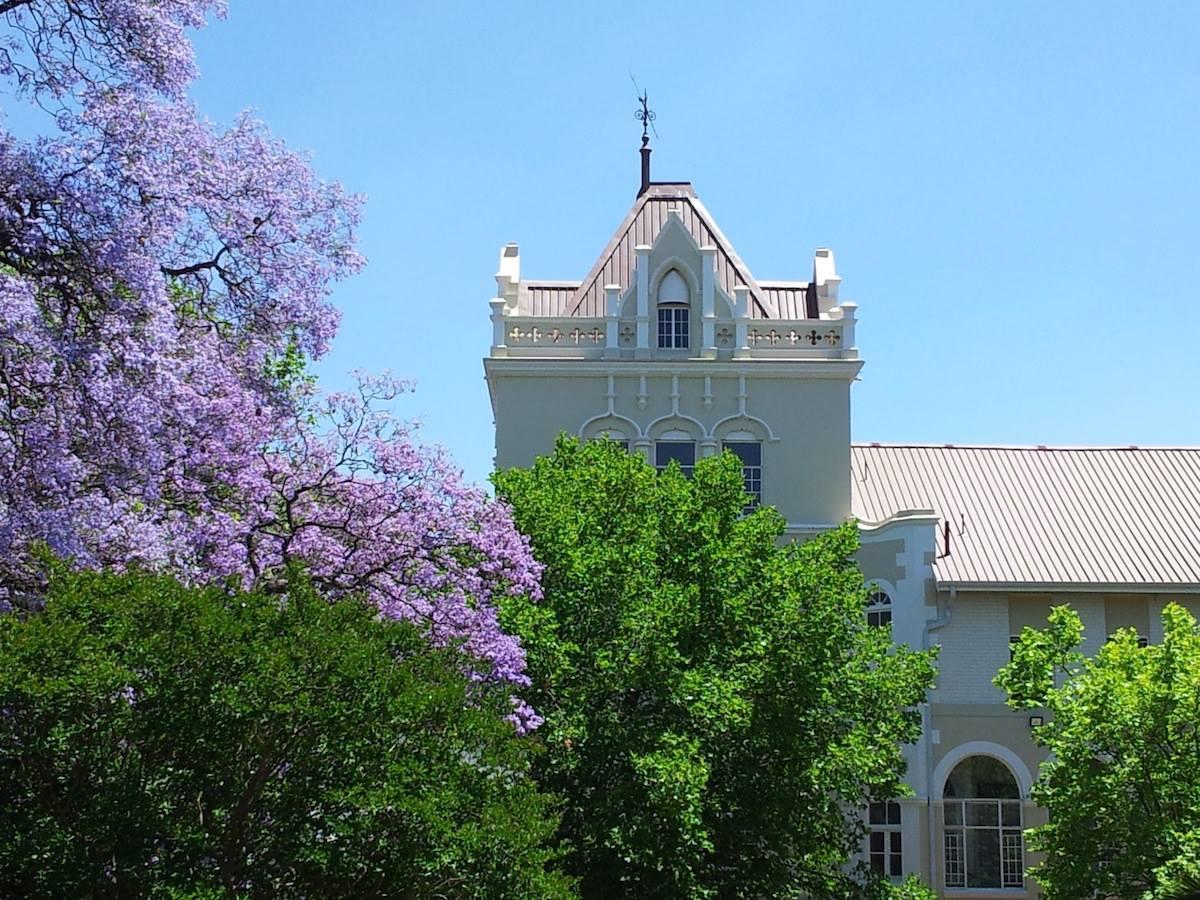 The article below forms part of a larger piece by Kathy Munro on the Dix House in Kensington. Click here to read.

Langermann and the development of Kensington

Max Langermann obtained a lease to create a proposed township in 1896/97. He named it Kensington after the London borough. An 1899 map of the Witwatersrand gold fields (Wood and Ortlepp) features “Kensington proposed township” but the Anglo Boer War clearly disrupted plans for development. Nonetheless, Langermann is considered to be the father of Kensington and today he is remembered in Langermann Kop (incorrectly spelt as Langerman) and Langermann Drive.

The view from Langermann Kop (The Heritage Portal)

Langermann hailed from Bavaria Germany and arrived on the Witwatersrand in 1886. He was an early mining entrepreneur and recognized as a Rand Pioneer (he was a member of the Rand Pioneers Association). Langermann was a member of the Reform Committee of Uitlanders who in 1895 were involved in the Jameson Raid debacle. He was imprisoned and fined for his participation in that attempted coup. He was a man of importance in early Johannesburg. After the Boer War, Langermann sat on the newly formed Johannesburg Town Council between 1903 and 1905. He played a leading role in the establishment of the Jewish Board of Deputies in 1903 and was its first president.

In 1902 the Kensington Estate Co Ltd (Langermann was the Chairman) purchased Langermann’s rights; by 1903 a township had been listed. James B Tucker and WHA Pritchard surveyed the township. Stands were sold on a lease or a freehold basis. It was promoted as close to the epicentre of the city with  great view sites, grand mountainous koppies and open rolling veld, picturesque avenues and roads with park like prospects. Kensington was marketed as a “health resort”, noted for the cool of summer and away from the dust storms and sand blown off the growing mine dumps. The main roads through Kensington were named for the British Anglo Boer War generals, Lord Roberts and Lord Kitchener. 13 acres of park was laid out by the Kensington Estate Company in 1903 and named for Cecil John Rhodes. These prominent names gave Kensington a rather British colonial ambience. 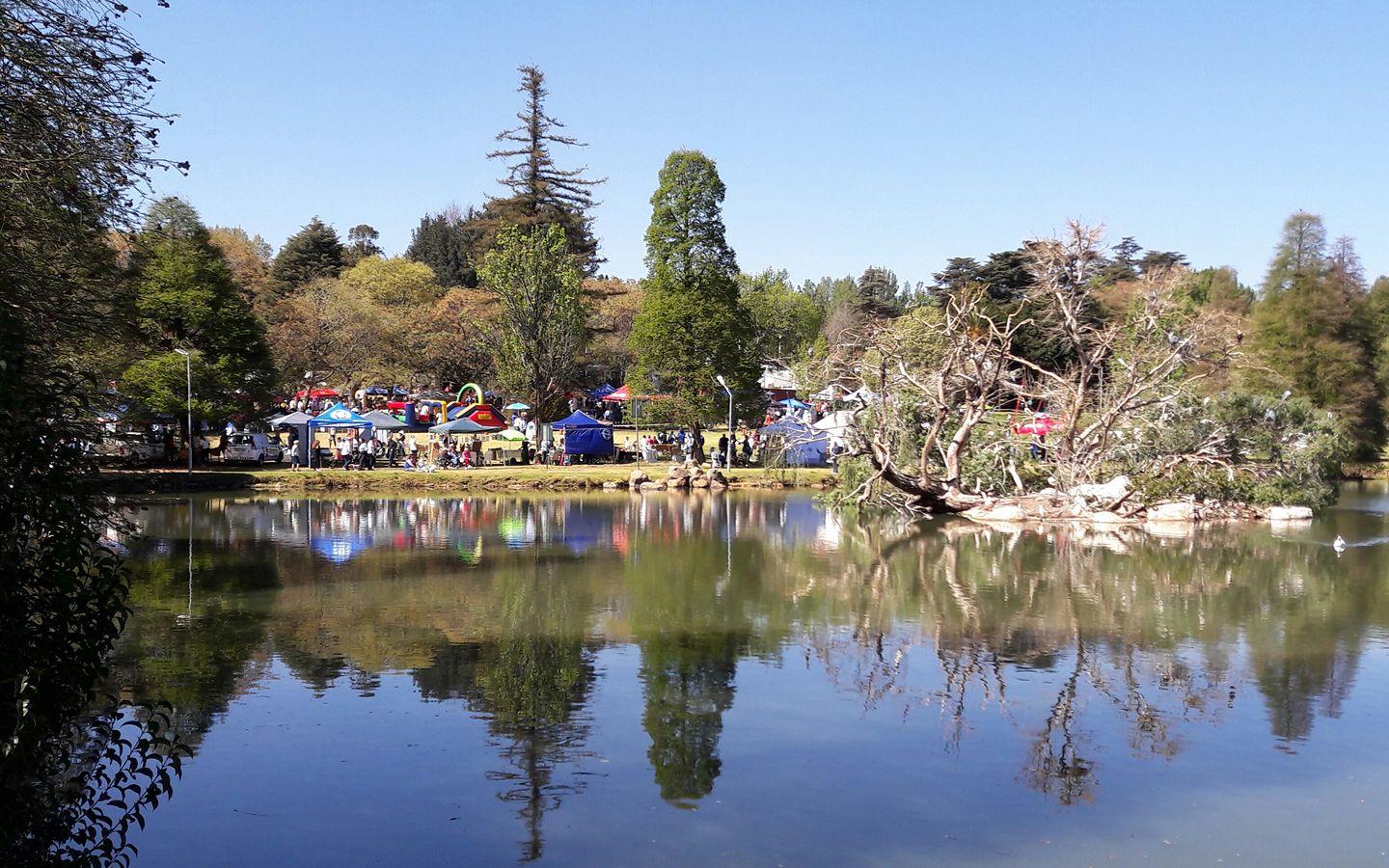 In 1903 Langermann was also the donor of four stands on Benbow Street with the idea of establishing a Jewish orphanage. A building was erected in 1905 and accommodated the first 20 children. In 1923 the orphanage / children's home moved to the Phillips home Arcadia in Parktown (also designed by Herbert Baker). 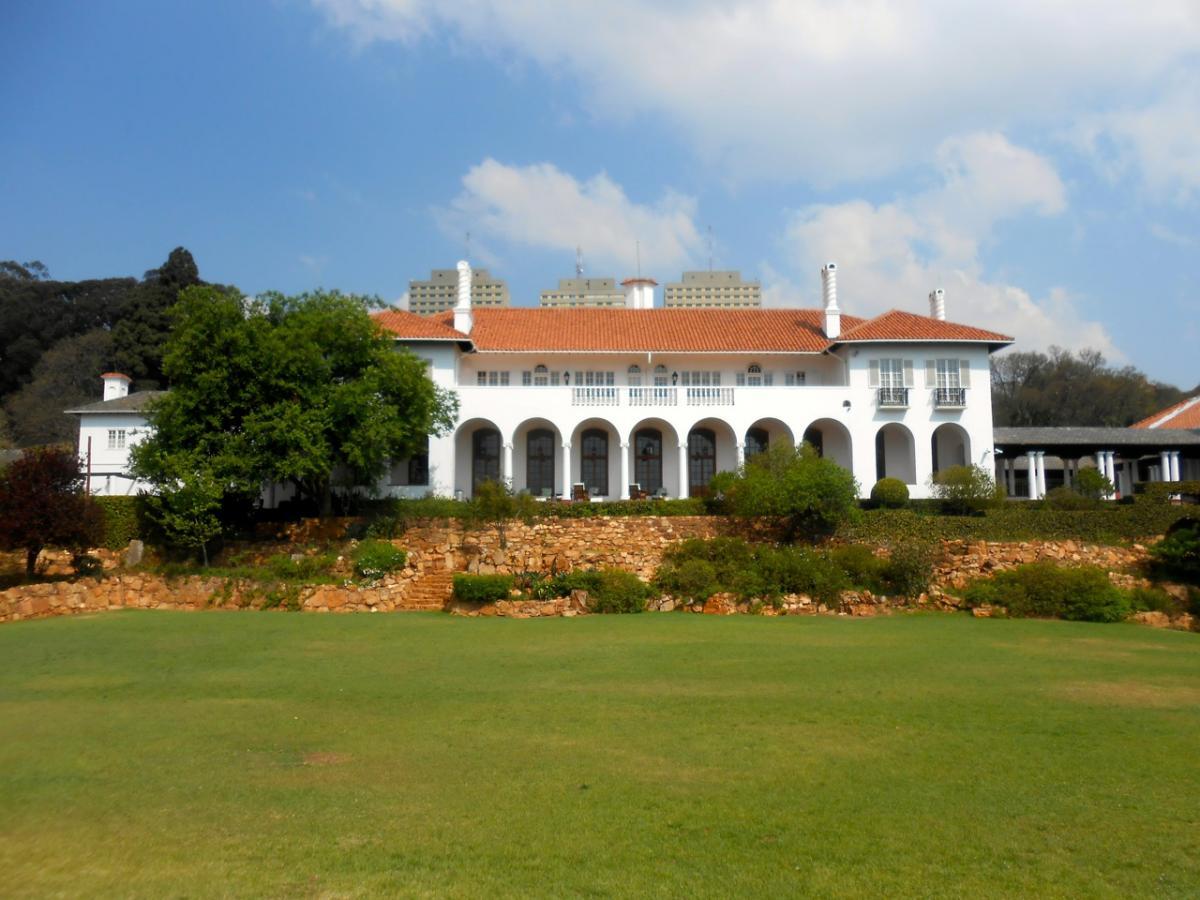 Many Kensington streets were named for British battleships of the Edwardian era and retain those names. Lynx was named for a British destroyer launched in 1894. Other British Admiralty cruisers whose names were adopted for street names in Kensington were for example, the Minerva, Marathon, Leda, Benbow, Collingwood, Royal Oak, Montague, Nymphe, Orion and Osprey. Signs of a tidy mind in the surveying and naming of Kensington is the fact that the streets run in alphabetical order.

Dix gave his address as Good Hope Street, Kensington in the 1908 Who’s Who. Anna Smith says the street was named for a British cruiser, the Good Hope launched in 1910, so the question arises was there another ship by the name of Good Hope pre 1910? In turn the name of the ship referenced the Cape of Good Hope. The address of the Dix house today is Floss Street. It was named for a village named Floss in Southern Bavaria where Max Langermann was born. During the First World War, street names with a German connection were changed, for example, Kaiser Wilhelm Street in the city centre became King George Street, Schmidt Street in Observatory was renamed Mons Road after the first battle of the First World War fought between Germany and the British allies in August 1914. 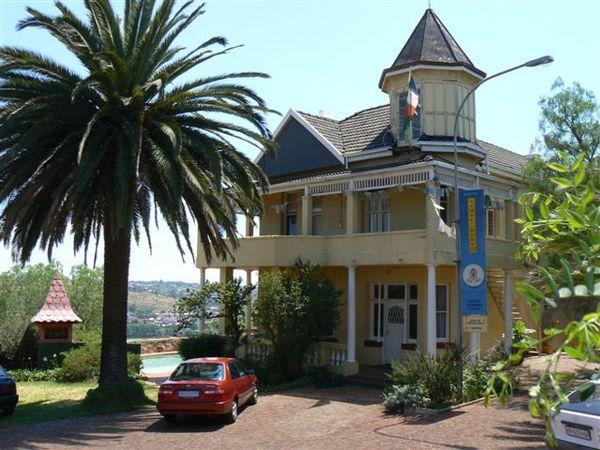 A prominent landmark in Kensington that cannot be missed is the Kensington Sanatorium (main image), at the Commissioner Street end of Roberts Avenue (23  Roberts Avenue), designed by the architect John Francis Beardwood in 1897 (Artefacts gives the date as 1905). It was built and run by the Catholic French sisters of the Holy Family from commencement until 1915. They too moved to Parktown and hence the origins of the Kenridge Clinic on Eton Road, which today is the Donald Gordon Hospital. The popular name of the Sanatorium and one that persists to the present is “the pink fairy castle” as it has something of a chateau like air with the turreted corner wing and ornate spires. The design echoes that of the Parktown Convent, an institution also established by the Holy Family order of nuns in 1905 and also designed by Beardwood. Max Langerman, the founder of Kensington died at the Kensington Sanatorium in 1919 and is buried in Braamfontein cemetery. This private hospital still operates and today has the name, Life Healthcare New Kensington Clinic. 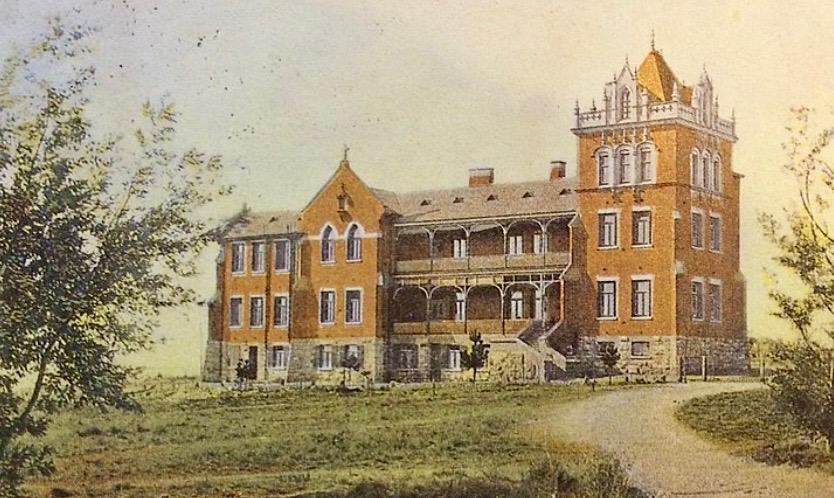 An old postcard of the Kensington Sanitarium 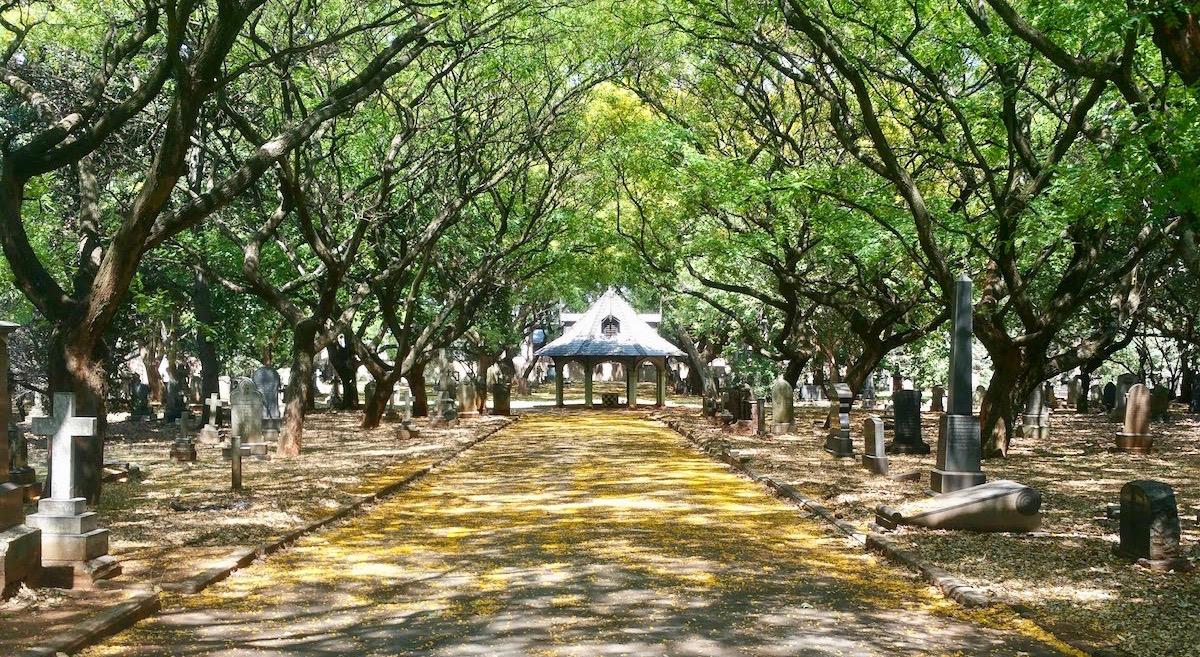