Wilge River - Supplying water to the Premier Mine

Below is the fourth installment of John Lincoln's series on Cullinan based on his book 'Stories from a Diamond Mine'. It looks at the magnificent engineering achievement of getting a reliable supply of water to the Premier Mine. Click here to view the series index.

In the very early days there was no concern as to the adequacy of the water supply. There were numerous springs in the pan that was to become the mine, and there was also a strong source from a stream which used to flow past Venter Motors (now Cullinan motors, and which was the site of a mill, the garage has since closed down due to the road now likely to fall into the ever expanding open pit.). Two boilers, supplying four steam pumps, were erected in this vicinity and it was from this dam that the mine obtained its water supply.

When the Minnaars’ portion of the farm was bought, a dam was also constructed at Danger Bend. Although accounts from the Minnaar family suggest that the dam was already there, it seems likely that the mine probably built up the dam for increased capacity. By 1905 the water supply was found to be inadequate and alternative supplies of water needed to be found.

An engineer, Mr D Gerrand, was commissioned by the Board of Directors to investigate a suitable source of supply.

After completion of his initial survey Mr Gerrand came to the conclusion that the point from which the mine could obtain an adequate supply was from the confluence of the Wilge and Bronkhorstspruit Rivers.

The farms Spitskop and Zuikerboschfontein were purchased and an ordinance promulgated giving permission for the scheme. Mr Gerrand was given the task of planning, designing and execution of the complete project.

Construction of the pump chamber at Premier Mine - Cullinan Mine Archives.png 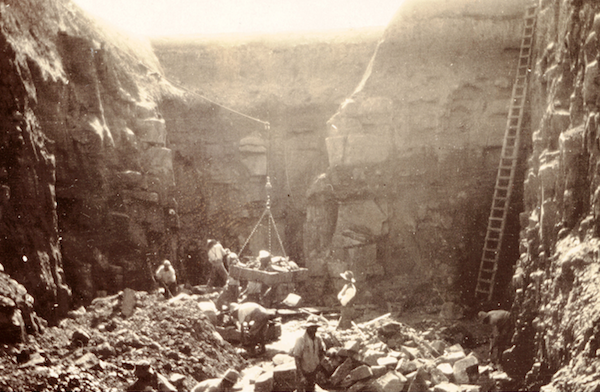 The pump chamber being excavated. This photograph would have been taken early in the project in 1906

One of the boilers for the Premier Mine in transit - Cullinan Mine Archives.png 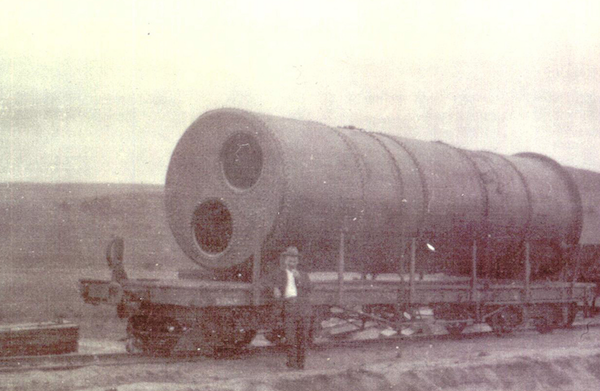 One of the boilers in transit (Cullinan Mine Archives) 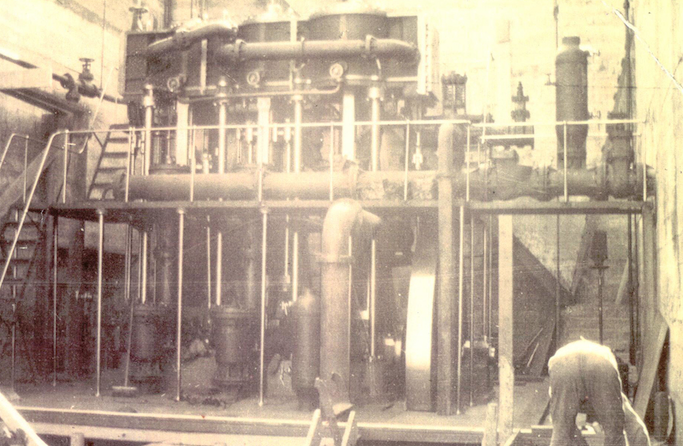 Below are extracts from Mr Gerrand’s report to the Chairman and Directors dated 16th January 1907.

The works which have been constructed are situated about one mile from the Wilge River Station on the Pretoria-Delagoa Bay railway.

A concrete weir, 900 feet long on top, has been built about 1000 yards below the confluence with Bronkhorstspruit, the depth of the water at the outlet sluices is 30 feet.

The weir forms a reservoir in the Wilge River, having a capacity of 150 million gallons.

The pumping station is situated near the edge of the reservoir, about one mile above the weir, where the water has a depth of 28 feet.

Four triple expansion engines, working ram pumps, each pump being capable of pumping one million gallons of water per diem under a pressure of 330 lbs. on the square inch, have been erected. They were manufactured by Messrs. Glenfield and Kennedy, Engineers, Kilmarnock, who took every pain to give the Premier Company the best they could turn out in their shops. From the first time steam was turned on, the pumps have worked and given the greatest satisfaction. No. 1 pump was started on the 27th July last.

Three Lancashire Boilers have been erected. Two are working. The boilers are said to be the largest in the country and of the highest class workmanship and material. 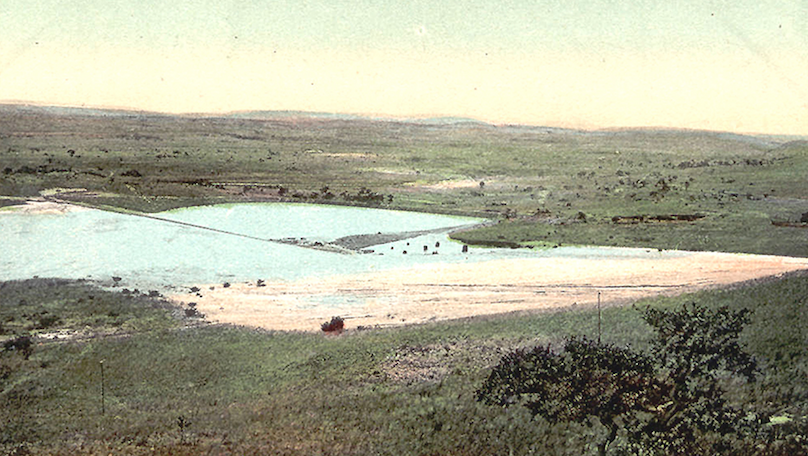 Photograph of the boiler house showing the boilers purchased from Glenfield and Kennedy - Cullinan Mine Archives.png 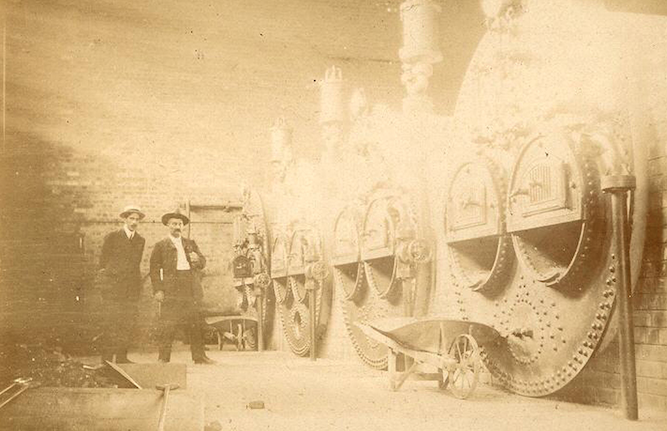 Engine and boiler house at Premier Mine - Cullinan Mine Archive.png 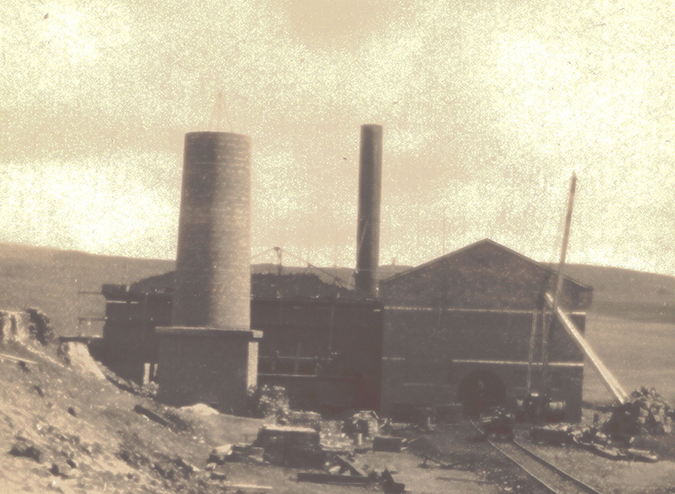 Engine and boiler house during construction. The chimney stack in the centre was a temporary stack to commission No. 1 boiler (Cullinan Mine Archives)

Eventually four steam pumps and five boilers were constructed. All of the boilers, and the No.1 steam pump still exist, as do the buildings which house them. The cost of the Triple Expansion Pumping engines in 1905 was £2165 each and £532 for a boiler. These pumping engines continued to pump water to the mine until 1962 when they were replaced by electric pumps. 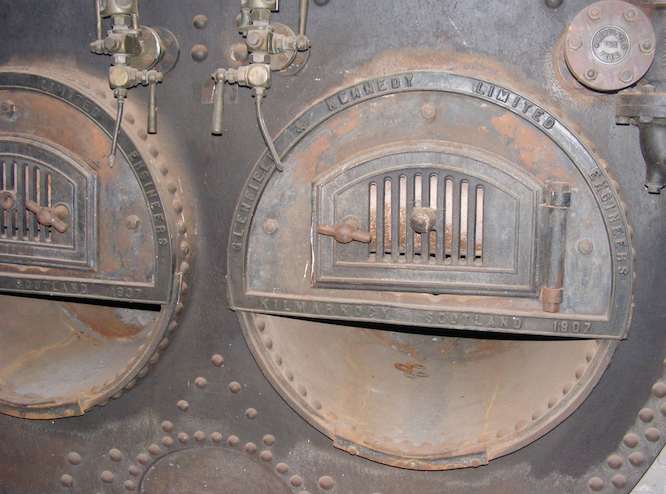 A Branch Railway has been constructed from Wilge River Station on the Pretoria-Delagoa Bay railway to the pumping station, a distance of 1500 yards. The trucks are allowed to run down to the coal bunkers by gravity and the empty trucks are hauled back to the railway station with oxen.

The pipe line, which is the largest item in connection with the scheme, is 22¾ miles long from the pumping station to the service reservoir at the mine. Messrs. Stewarts & Lloyds carried out their contract for the supply of pipes very satisfactorily, and I believe a record was made in England in the quick manufacture of steel pipes.

From the foregoing details of the scheme which is just nearing completion, it is evident your company could not have adopted a better source than the Wilge River, the water, so far as the Premier Mine is concerned, is almost inexhaustible and being near the main line, coal is obtained for working the engines at a very low rate.

I am of the opinion that these low rates for pumping water a distance of 22¾ miles and under a pressure of 750 feet will be difficult to beat in South Africa or any other country.

Two ladies in a boat near the Aqueduct - Cullinan Mine Archives.png 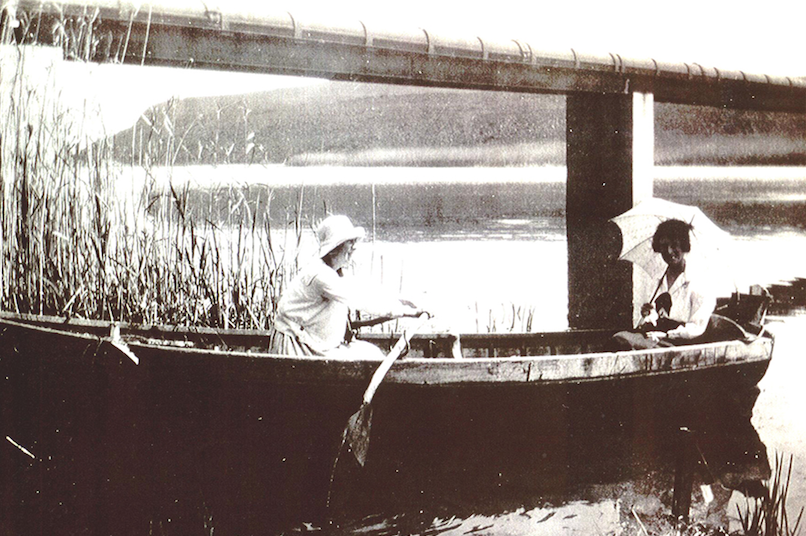 Two ladies in a boat close to the aqueduct. This aqueduct is still in use today. (Cullinan Mine Archives) 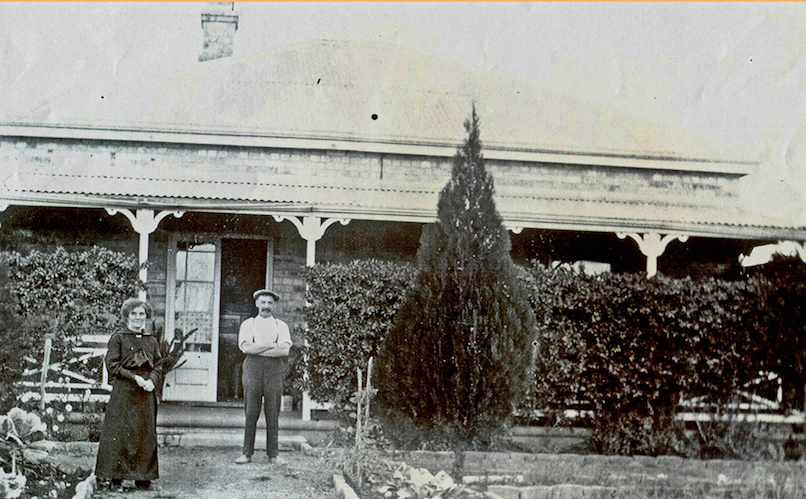 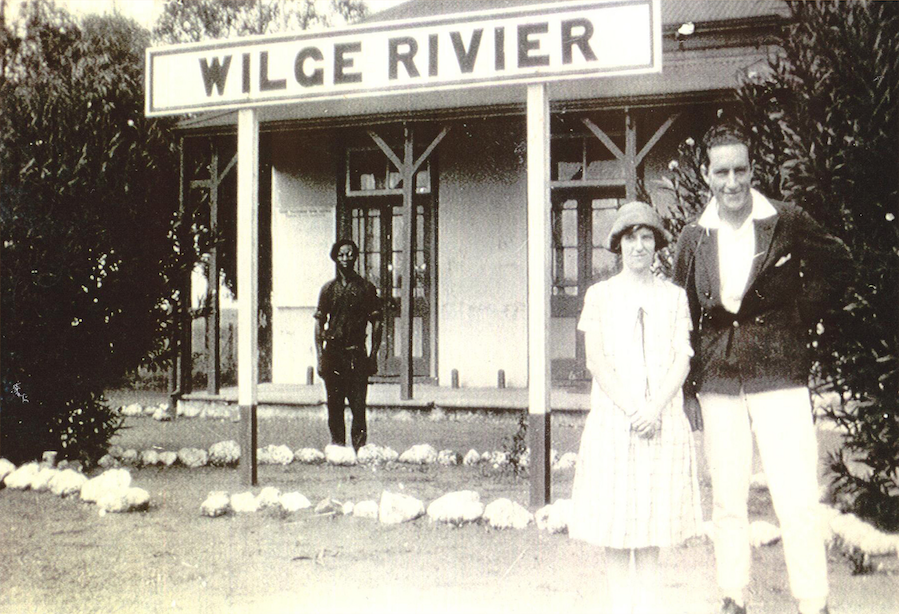 One of the Triple Expansion Steam Engines as well as the boilers, chimney stack and pump house remain to this day.