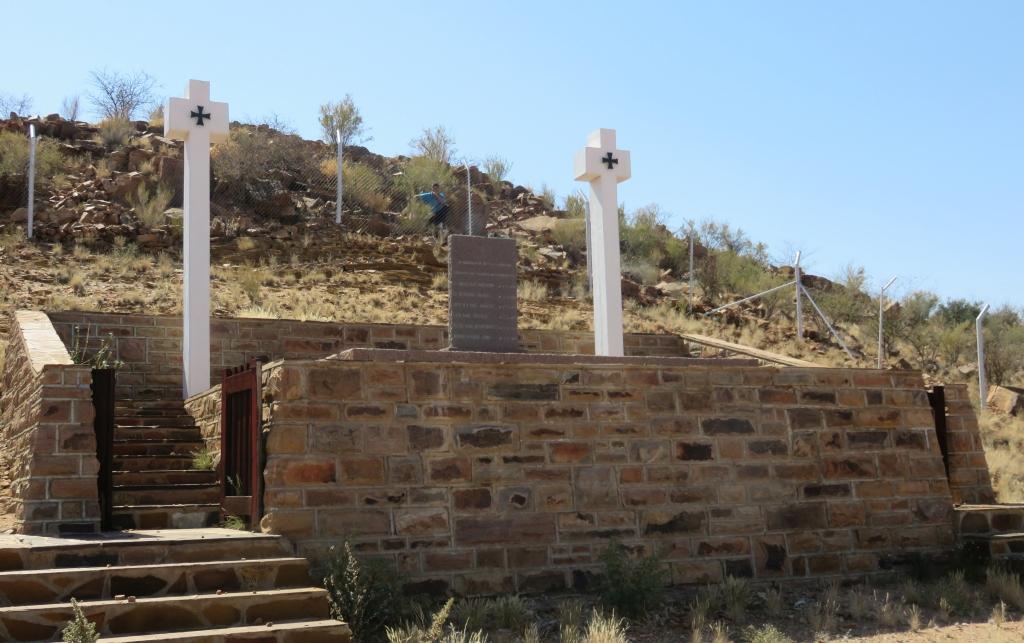 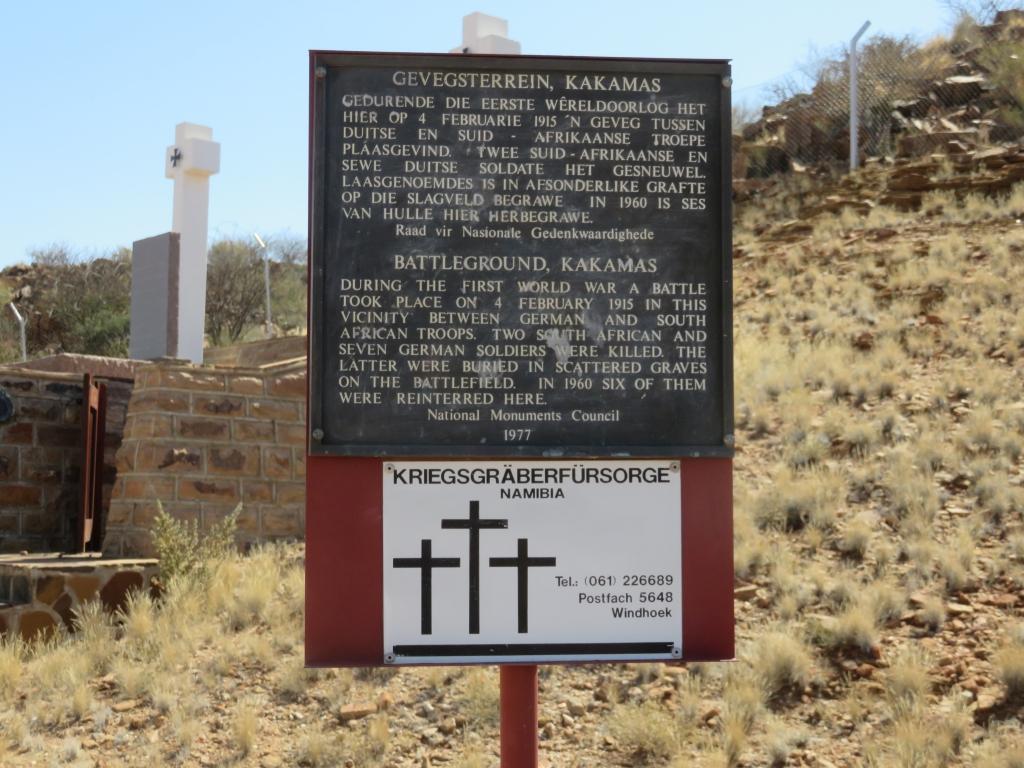 Some internet research and a visit to the gravesite revealed what had happened here.

At the beginning of the First World War, when the Union of South Africa was drawn into the war against Germany through being part of the British Empire, it was expected of the South African forces to move into German South West Africa. Whilst the South African army was mobilising, some of the Schutztruppe (territorial troops) did not wait and attack being the best form of defence moved towards the Orange river in order to block the crossing point at Kakamas.

A battle ensued on the 4 February 1915 between the South African army under the command of Colonel J van Deventer and the Schutztruppe under Major Ritter. The result was that the Germans got pushed back with the loss of seven soldiers, the South Africans lost two.

The fallen soldiers were initially buried on the battlefield where they had fallen and in 1960 collected to be re-buried in one place which is the place described here. 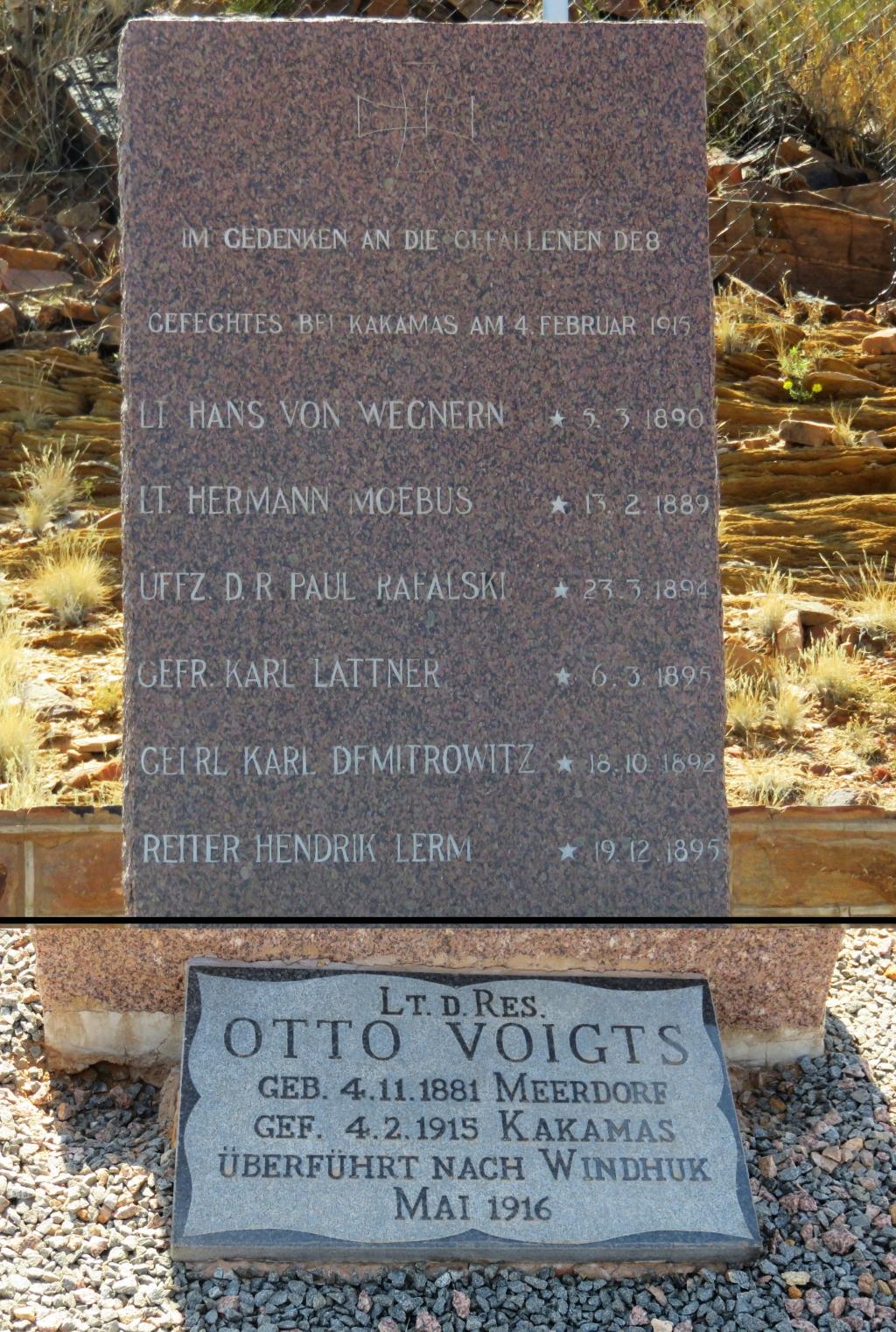 The memorial stone reads as follows:

The separate stone slab below reads:

It states that the remains of Otto Voigts, were moved to Windhoek in May 1916.

The titles give me a bit of a headache, not being familiar with military ranks. Lt is Leutnant, in English lieutenant. Uffc is Unteroffizier, in the British army this would be a NCO (non commissioned officer). Gefr is Gefreiter, in English Sergeant. Gei RT has me baffled, no idea. Reiter is a rider, I presume in the cavalry. Lt.d.Res., Leutnant der Reserve, in English lieutenant of the reserve. 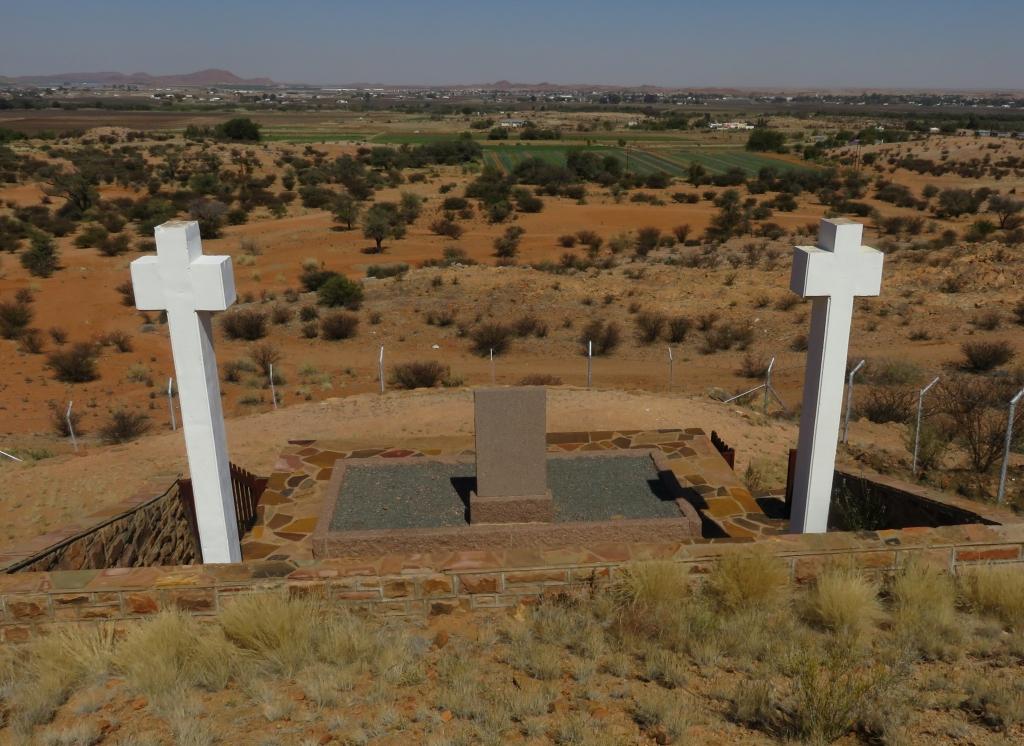 View over to the battlefield (Horst Müller)

The South Africans are buried at the NG cemetery in Kakamas. The memorial is in a good condition, looked after by the Kriegsgräberfürsorge Namibia (war graves council for Namibia). It is surrounded by a big fence, which is a pity, but I can also understand the reason. Somebody before us cut the fence so it was possible to take a closer look.