A Short History of Steel 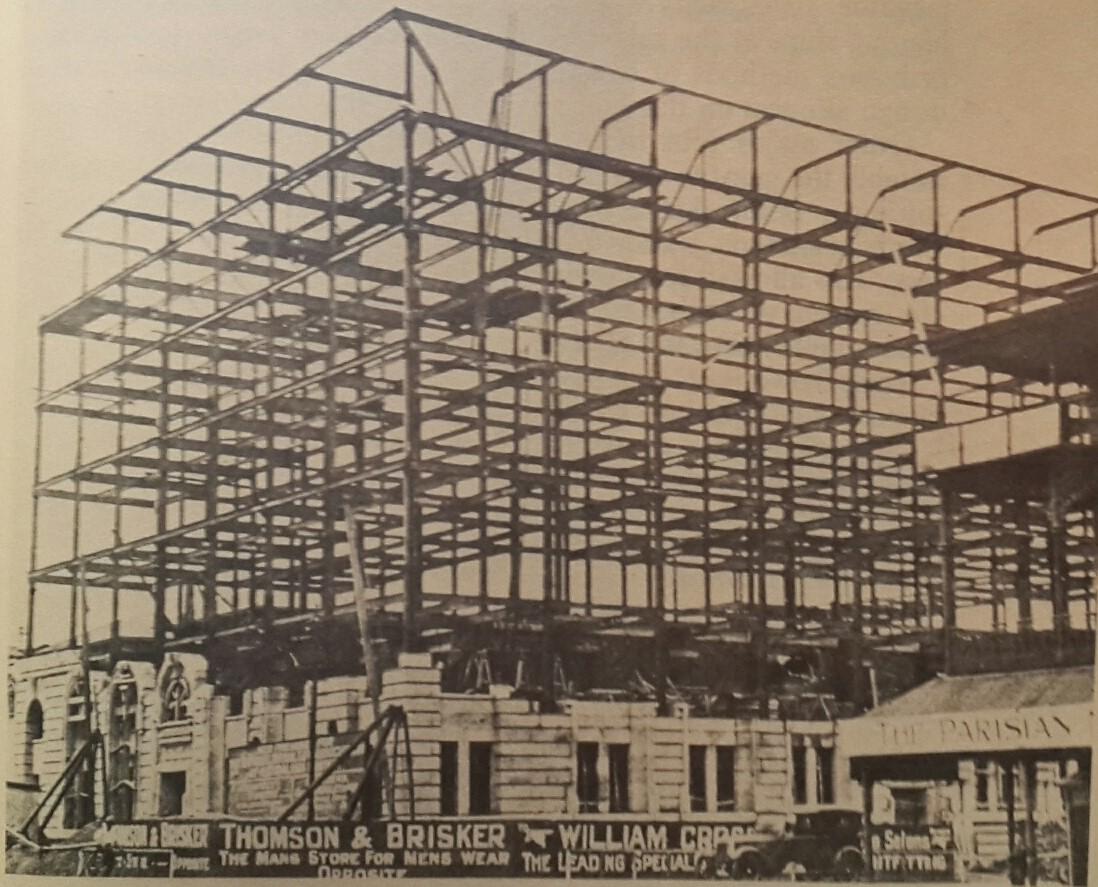 The development of structural steel as a building material and its attendant fabricating industry has played a major role in the growth of the industrialised world and has helped to create our modern way of life. Without structural steel the building of the railways, the building of bridges, the opening up of mines, the construction of factories for the manufacture of goods, and the production and transmission of power would never have progressed to the stage we are at today.

To imagine a world without steel (weaponry excepted), one only has to go back 200 years, to the year 1812, when Napoleon’s Grande Armee was in full retreat from Moscow. His men were no longer marching on their stomachs, but on foot in temperatures as low -30 degrees Celsius. It was to be a turning point in world affairs.

Whilst Napoleon had been spreading “Le Revolution” across continental Europe, the British (to Napoleon, a nation of shopkeepers) were busy causing their own revolution, that of an industrial kind; this was achieved by harnessing the power of steam and by increasing the output of iron.

The period between 1730 and 1830 had been one of great invention, which by the time of the coming of railways, placed Britain at the forefront of trade and industry. Three forms of ferrous metal were then known, they being Wrought Iron, Cast Iron and Steel. Wrought iron had been worked by the blacksmith for centuries and had found use in the making of gates, railings and door furniture, but at the start of Queen Victoria’s reign (1837), it was on the brink of becoming a major structural material. Cast Iron was used commercially to replace wood for items such as ploughs and textile machines and for the casting of cooking pots, but it failed as a structural material. Steel was at the premium end of the market and was reserved for such items as watches, springs, scythes and swords and was expensive to produce (by Benjamin Huntsman’s crucible method, i.e. Sheffield Steel).

They say that necessity is the mother of invention and a structural material which was both strong in tension and compression was sought for the making of rails on which locomotives would run.

Wrought Iron was fit for the purpose and was reasonably priced with good availability, having been produced in quantity for many years, by Henry Cort’s puddling process, in which the molten iron was stirred to remove the impurities. This led to further usage, firstly in ships hulls and then bridges.

However the engineering fraternity were well aware of the benefits of steel, if only the cost of producing it could be reduced.

The father of modern steelmaking was a Briton named Henry Bessemer, who in 1856 announced a description of the process, which bears his name, which would eventually produce steel more cheaply and more importantly in larger quantities. Bessemer’s invention reduced the price of steel from 70 pounds to 10 pounds per ton. Hot on his heels was Charles William Siemens, who was a naturalised British subject, born in Germany, who invented the Open Hearth Furnace for steelmaking; both methods were implemented and within a matter of twenty years steel had supplanted wrought iron as the main structural material. The last major structure made of wrought iron was the Eiffel Tower, which was built for the Paris Exhibition of 1889, to celebrate the Centenary of the French Revolution; that same year saw the completion of the Forth Bridge which was made of steel.

In truth the steel produced at that time was only marginally stronger than wrought iron, however steel could be produced in greater quantity and more cheaply, as was proved by Andrew Carnegie in the United States of America; his famous words were “Farewell, then, Age of Iron; all hail, King Steel”.

By the beginning of the 20th Century America was producing more steel annually, than Britain Germany combined and led the way in the exportation of hot rolled sections, i.e. Carnegie Beams, rolled by the Grey process. These were to become known as wide flanged beams (W) in the USA and universal beams (UB) in Britain, Australia and South Africa.

The Great Chicago Fire of 1871 devastated the city, whose buildings, were predominantly made from timber. In the aftermath the city was quickly rebuilt; with lessons having been learned, the fire regulations were made far stricter, requiring non-combustible building materials, which was first met by cast iron columns and wrought iron beams for internal structural support, and outer load-bearing walls of brickwork. As Chicago grew it was hemmed in by the lake and the river, therefore the only way for it to grow, was up. Thus the first Skyscraper, the Home Insurance Building, was built in 1885 and was 10 storeys high. Designed by William Le Baron Jenny; the building was supported by a steel skeletal frame and had external curtain walls, which allowed for much greater height and stability without the weight incurred by masonry construction. This building was the precursor to further skyscrapers in Chicago and then New York. The trend was set for American architecture to be exported around the world and steel framed buildings become commonplace in all the major cities, during the first decade of the 20th Century.

Structural Steel became the building material by which other materials were to be judged and it was not long before another material was found that would become steel’s major competitor during the 20th Century; that material was Reinforced Concrete.