‘Spanish’ Flu in South Africa and its effect at Hartbeespoort 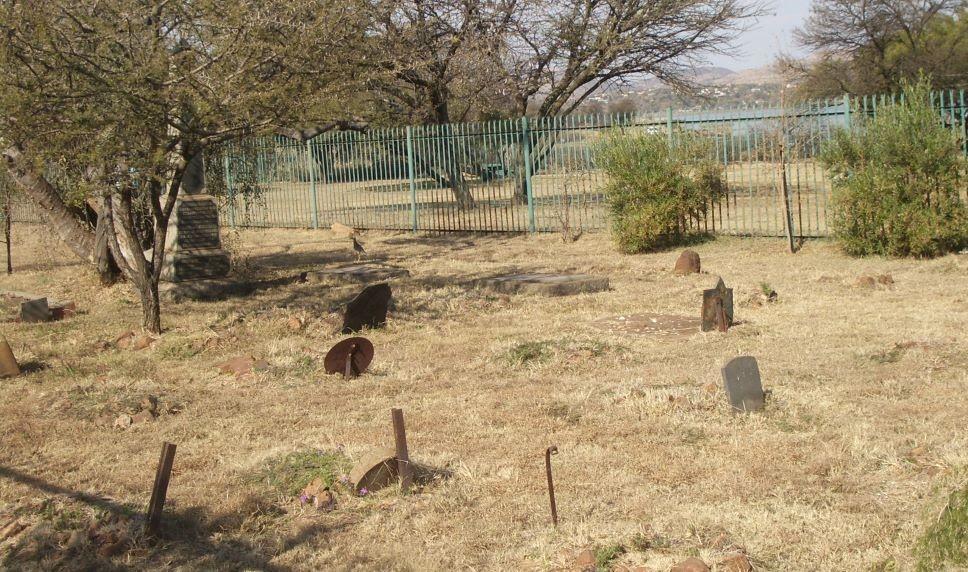 At the time of writing, the coronavirus Covid-19 is still disrupting life in South Africa. In this article we recall an earlier pandemic, the so-called ‘Spanish’ Flu that devastated the world of our great-grandparents a century ago. It had a major impact in South Africa and disrupted the building of Hartbeespoort Dam. In writing this Memoir I have relied heavily on the recent Van Riebeeck Society publication (2018), In a Time of Plague: Memories of the ‘Spanish’ Flu Epidemic of 1918 in South Africa by Howard Phillips, Emeritus Professor of History at the University of Cape Town. Phillips's authoritative book was timed to commemorate the centenary of the 1918 Flu epidemic but its publication shortly before the emergence of Covid-19 has been fortuitous. 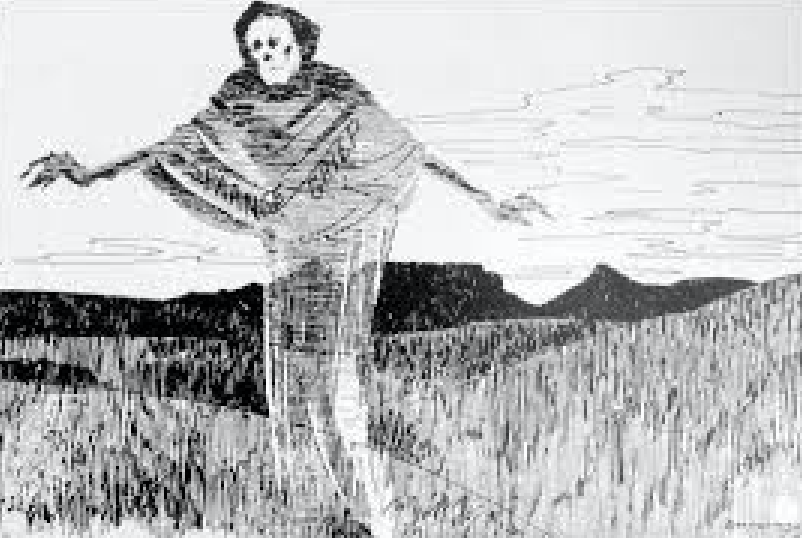 A cartoon from Die Burger, 16 October 1918 reproduced in Howard Phillips’ In a Time of Plague: Memories of the ‘Spanish’ Flu Epidemic of 1918 in South Africa.

The magnitude of the 1918 flu epidemic is sometimes forgotten. In the 18 months between March 1918 and August 1919 more than 50 million people worldwide died from the disease. This far exceeded the 14 million deaths resulting from World War I itself and the 36 million who have died in the past 15 years from HIV/AIDS. South Africa was one of the worst affected countries with more than one person in 25 dying in a matter of weeks – the fourth highest death rate in the world after Samoa, India and Gambia.

The epidemic first erupted among the soldiers in the trenches in World War I. It spread rapidly among the men on both sides of the war during the winter of 1917/18 and soon spread to the civilian population. The warring countries all censored press reports about the disease for fear that they might demoralise the war effort. In neutral Spain, however, there was no censorship and newspapers describing the scale of the epidemic referred to it as ‘Spanish’ flu. Rather unjustly that epithet has persisted ever since.

This was a time of unprecedented human mobility. Millions of soldiers were being transported to and from the theatres of war and roads throughout Europe and the Middle East were clogged with refugees escaping the conflict. Conditions were ideal for dispersing waves of the highly infection pathogen all over the world and the first of these reached Durban in the second half of 1918..

Meanwhile a second and more lethal mutation of the virus had developed in the trenches and death rates soared as millions of servicemen returned from the war and carried this second variation of the infection back to their homes. The new version of the virus was recorded in Freetown, Sierra Leone in August 1918 where a local newspaper observed that “… never was there a time in the history of this country when trenches were dug to bury the dead”. In addition to extremely swift infectious transmission, the new mutation penetrated deeper into the lungs and caused severe viral pneumonia. The port was a major re-coaling station for Allied shipping in the Atlantic and in early September two troop ships carrying contingents of the South African Native Labour Corps called in to refuel. Soon after putting to sea again, the disease broke out on board both ships and on arrival in Cape Town the affected men were immediately hospitalised. The rest were quarantined in a military camp for two days after which those who showed no symptoms were allowed to embark on five trains taking them to their homes in different parts of the country. The very next day cases of ‘Spanish’ flu appeared among the staff at the military camp and workers in the harbour. By October, dubbed ‘Black October’ by the press, the entire country was enveloped in the lethal pandemic. The consequences of the repatriation of soldiers were compounded as whole families fled their homes to escape the disease and paradoxically spread it further. Migrant mine workers also returned to their home territories and many carried the virus with them. Their homecoming was often a grim affair. In Pietersburg (now Polokwane) corpses of mineworkers were found alongside the railway, dumped from the train by their fellow travellers.

The pandemic knew no geographic or racial boundaries and even the Prime Minister, Louis Botha, is generally believed to have died as the result of ‘Spanish’ flu. Howard Phillips states that 60% of South Africa’s total population of 6.82 million were laid low by the disease in ‘Black October’ and more than 300,000 (4.4% of the population) are known to have died.

In 1918 the medical profession had no effective response to a disease of this nature. The infant Public Health Department of the eight-year-old Union government was staffed by a mere three people and provincial health departments were scarcely better. The existence of viruses was still unknown (the common influenza virus was only identified in 1933) and the development of antivirals lay a generation in the future. The best a doctor could recommend was bedrest and palliative care while hospitals filled beyond capacity and patients died in thousands. However, the swift spread of the infection may have contributed to its short duration as a significant proportion of the population survived and developed short-term immunity. By the middle of 1919 new infections were rare.

The economic effects of the pandemic were severe. Many businesses closed for several months and inevitably the poor were the hardest hit. Unlike the current coronavirus, the ‘Spanish’ flu attacked young, healthy people who were often the breadwinners in families. Medical insurance and unemployment benefits were virtually unknown at the time and those who lost jobs were often hard pressed to endure months of unemployment. 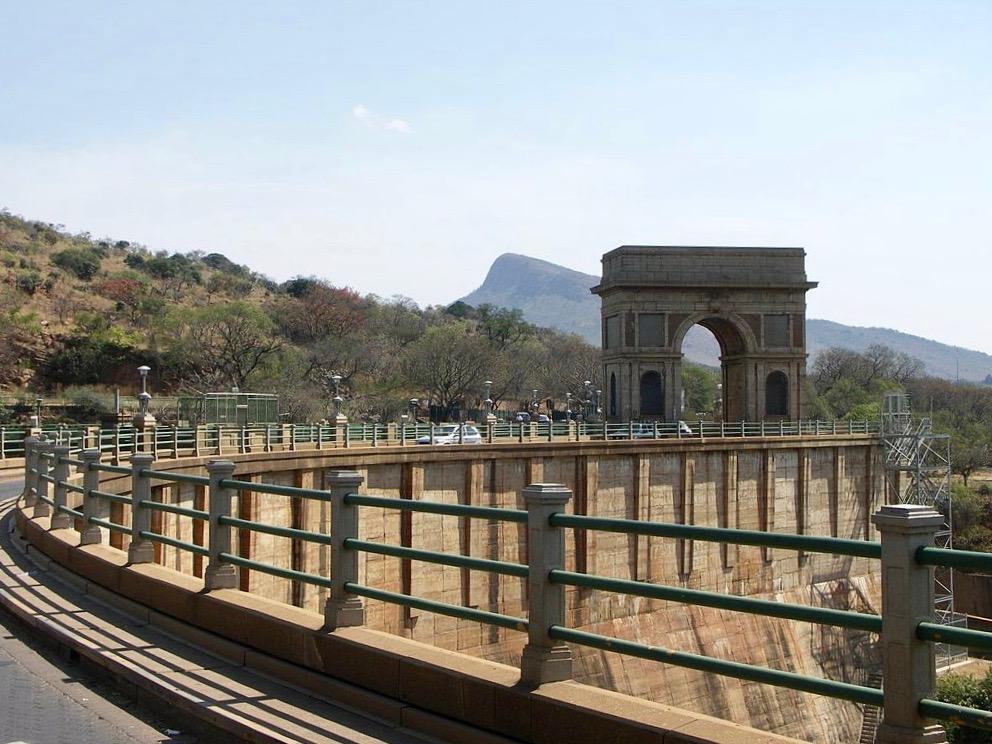 South Africa was already facing problems of widespread poverty and Hartbeespoort Dam was the flagship in a suite of projects aimed at alleviating the poor white problem. Planning and construction had been disrupted by several difficulties. The 1914 Rebellion had delayed the start to building and the war effort had then diverted the supply of materials. A long and costly legal dispute with a recalcitrant landowner had taken four years to resolve but by mid-1918 construction was set to begin in earnest. White labourers had been recruited and they and their families were housed in two labour camps. Many of the recruits were demobilised soldiers, bringing the ‘Spanish’ flu with them. The crowded and unhygienic conditions in the camps were ideal breeding grounds for its spread and almost immediately the Department of Irrigation who were managing the project realised the danger. The camps were closed and work on the dam was suspended from October 1918 until January 1919.

The rapid action by the authorities almost certainly prevented many deaths.

Very few memorials commemorate the victims of the ‘Spanish’ flu in South Africa (Howard Phillips cites monuments at Somerset West, Port Elizabeth, Kimberley, Bloemfontein and Polokwane.) But perhaps some of the sad little graves in the dam builders’ cemeteries at Hartbeespoort, most of which have nothing more than a scrap metal headstone, may be the resting places of those who died in that terrible scourge.

Main image: One of the two dam builders’ cemeteries at Hartbeespoort Dam. Some of the graves may be those of victims of the ‘Spanish’ flu