Memories of my visits to the Kensington Castle 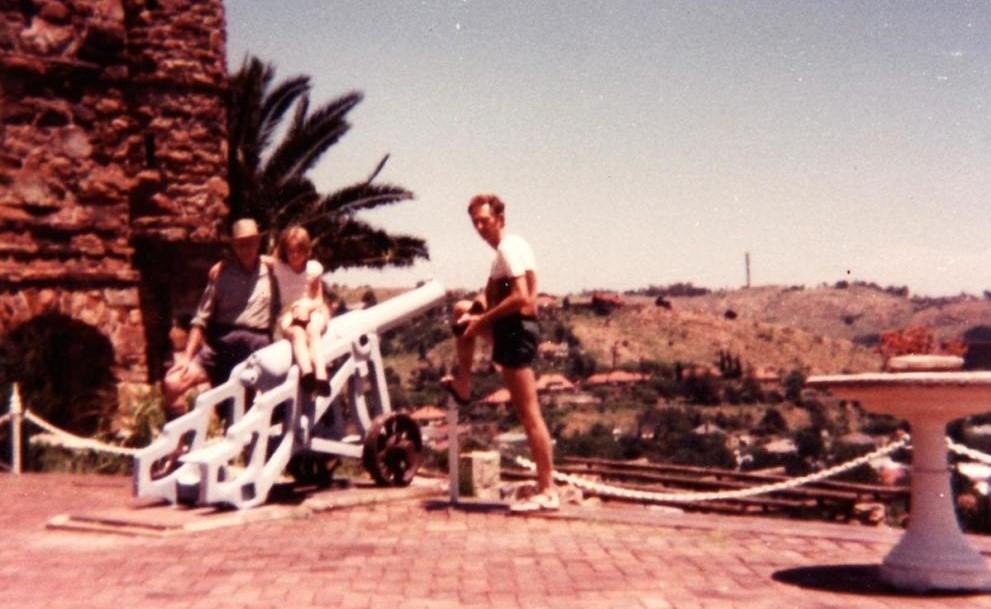 I lived at 130 Highland Road, right across from the Castle from 1942 until about 1965 when I left to travel the world. The Castle to me was a great playground as I grew up.  We spent a lot of time searching for the secret passage way into the Castle (every castle has a secret entrance) but after all the years of searching, we never found it. Below the Castle on the side of the hill facing Kensington there was an open air covered balcony.  We checked every stone and bush around it, hoping to be the first to find the secret tunnel but in the end gave up. I still think there is one but  the original builder has taken the secret to his grave.

Below are some photos of the Castle over the years from my personal collection. I'm not sure of the date of the first photo but it shows the big trees that used to be just inside the front wall. The second is taken from the same position in November 2013, when we were back visiting family. It shows how the lovely bougainvillea has now taken over.  The big doors to the left of the main gate were for the coach, horse drawn I presume. 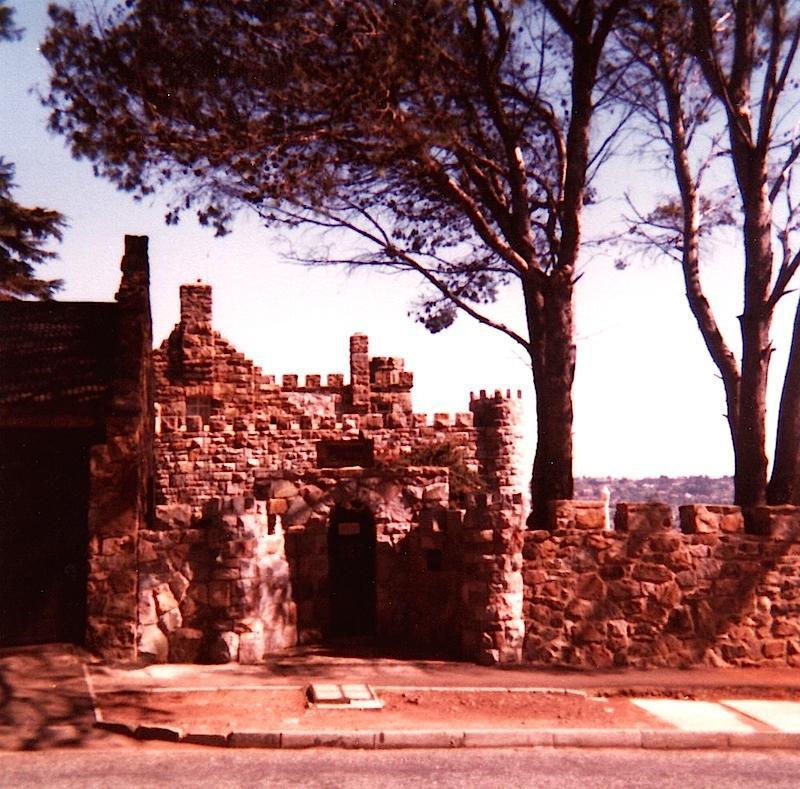 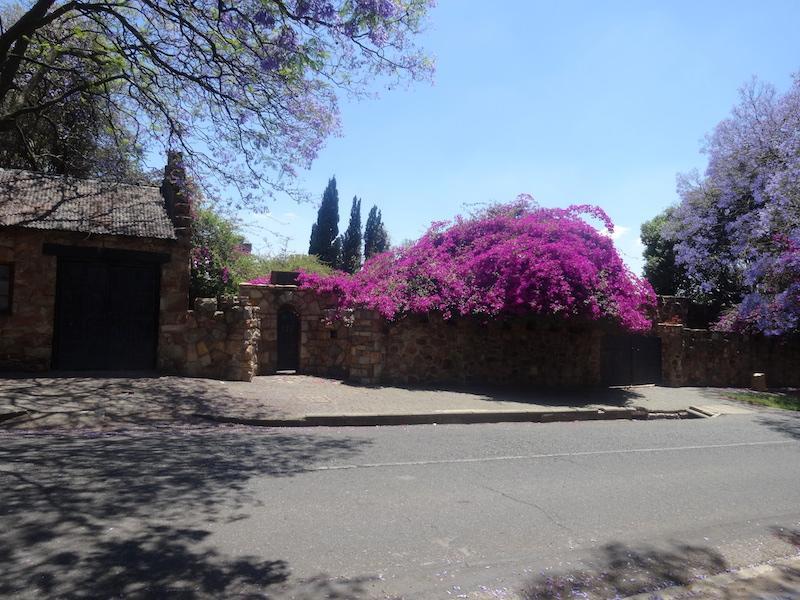 Just inside the front gate of the Castle there is the concrete lion, that had lovely yellow glass eyes. I am still trying to find a photo that I took showing those eyes.  Unfortuantely somebody has removed them...how sad. My brother Ian and I used to play on the lion and I have photos of my children doing the same, many years later. They are now 39 and 41 years old. 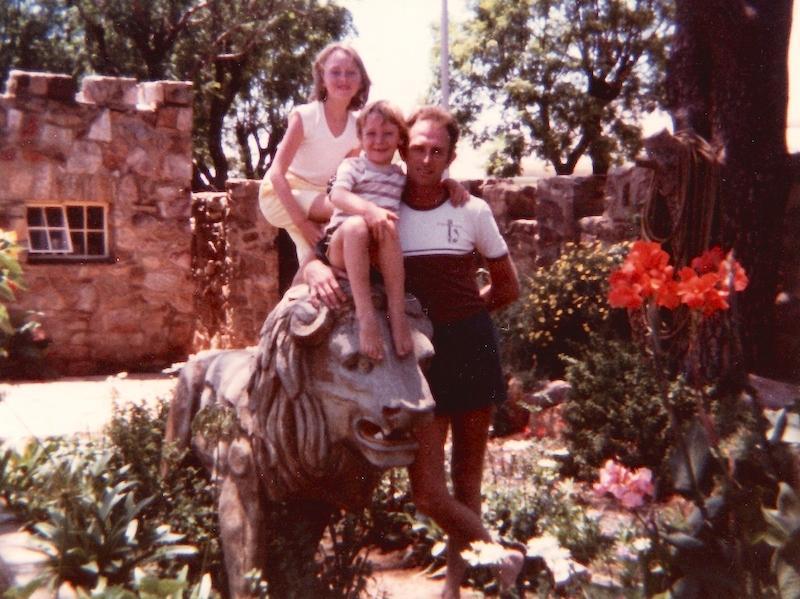 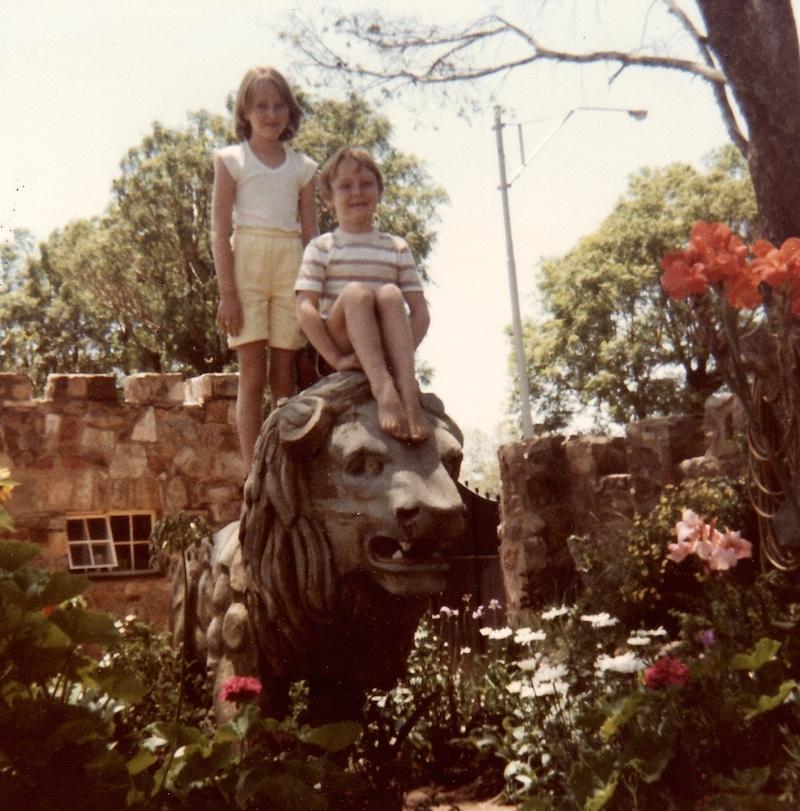 The next photo was taken in November 2013, when I returned to SA to visit my family. Just in front of the lion, where the dirt patch is next to the path, there used to be a goldfish pond with a statue of an African child holding a fishing pole and a small hut which I think had a thatch roof. To the left of the path there was a cottage and I think Mario van de Speck lived there. 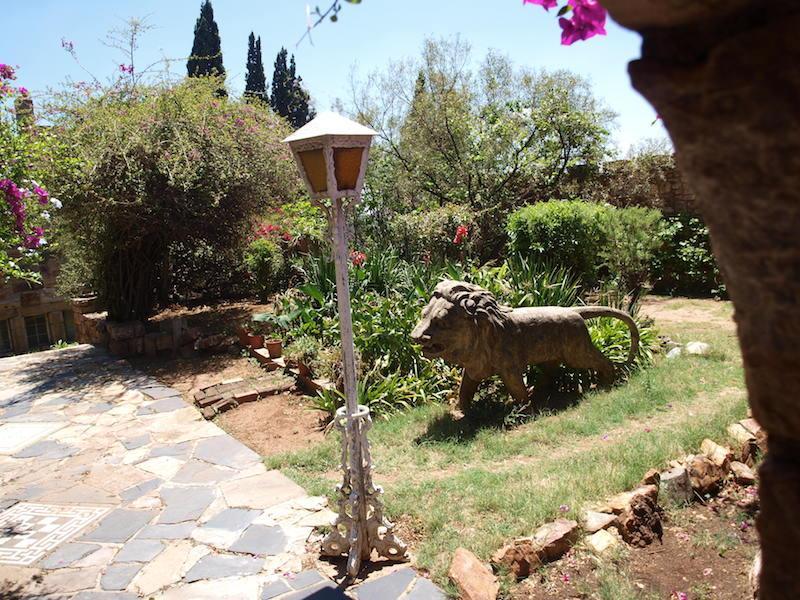 Here is a shot of my son Robert sitting on Mario's motorbike just outside the front gate... 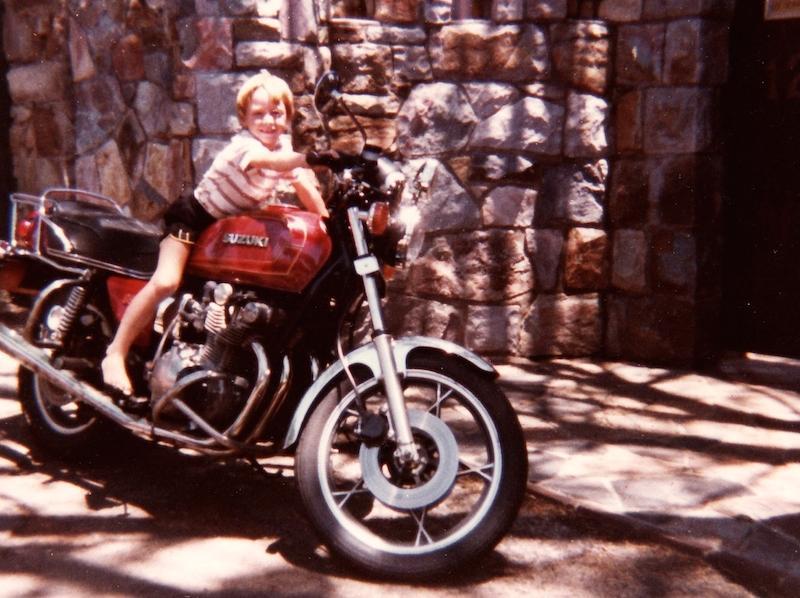 The cannon at the Castle that now is alongside the swimming pool, was first located higher up in the garden, closer to the road. It was half hidden amongst the flowers and bushes, so was great fun to include it in our war games. The winners got to the cannon first and of course killed the rest of us or visa versa. When the swimming pool was installed by Villie van der Speck, he had the cannon placed looking out over Kensington. Just imagine how many times we fired it at the enemy in the Gillooly's hills across the valley. From that location on top of the cannon you could look down to where the Foster Gang died in the old mine shaft, down in the valley after killing a few police men. A great drama in its time. 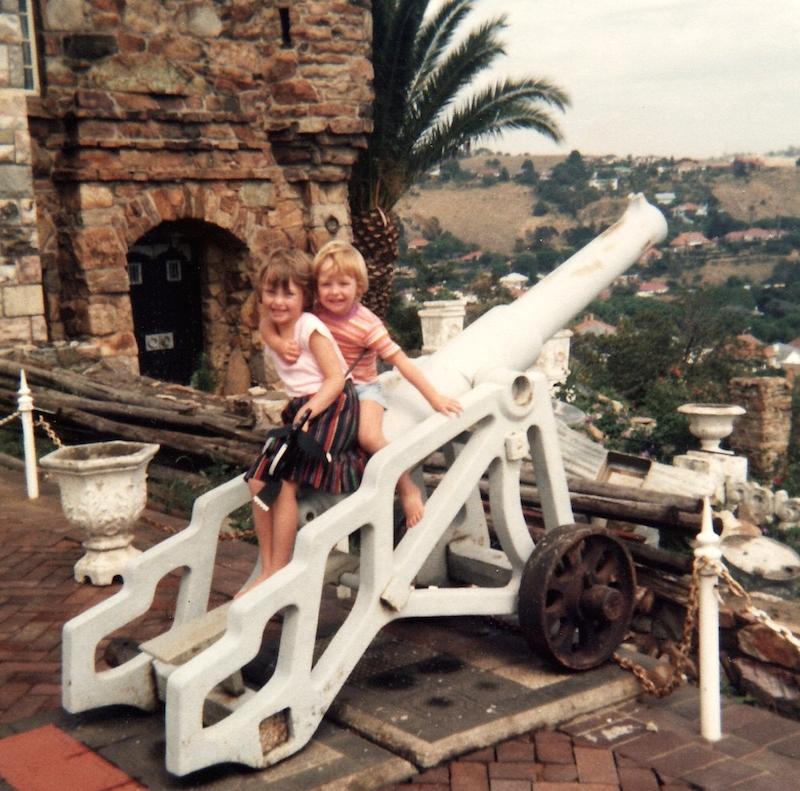 My family used the swimming pool quite a bit... great memories! 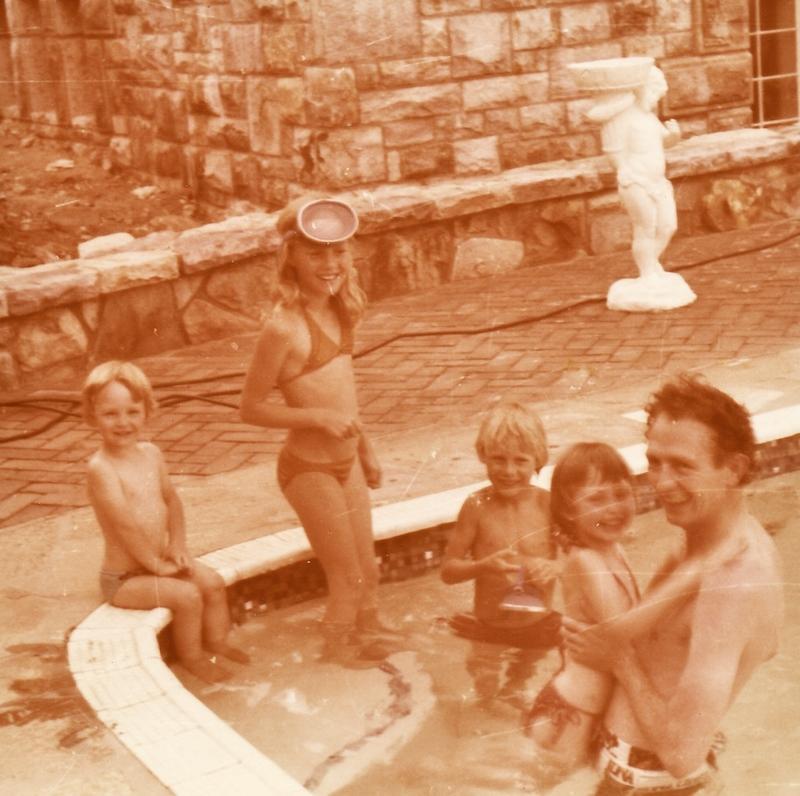 My Dad Ernest Bell, used to keep an eye on the Castle when Villie Van der Speck was away and he is in the next photo with my children Anita and Robert. 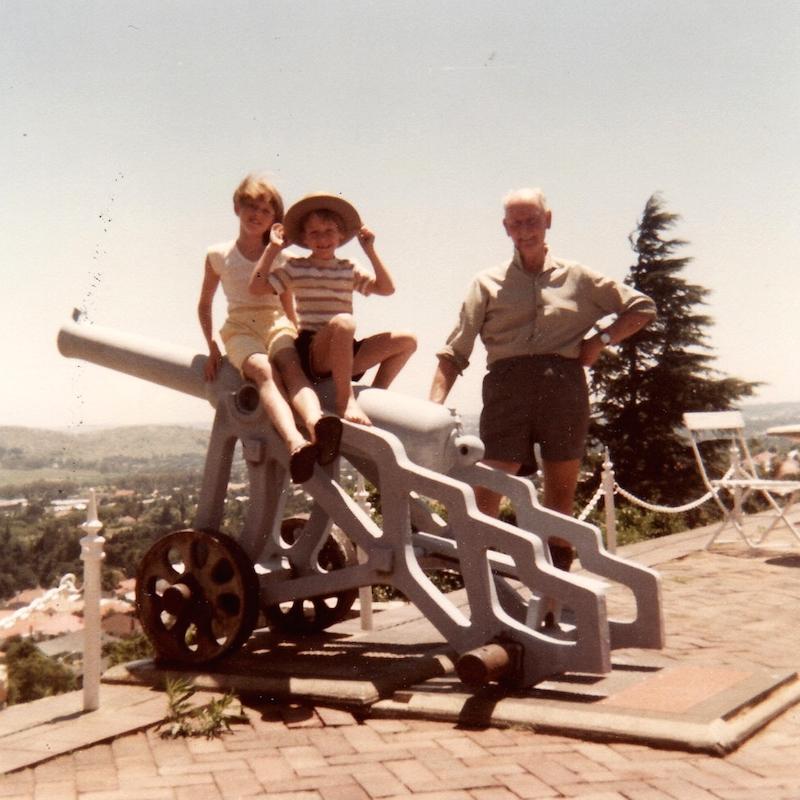 I'll keep digging in the family archives to see if I can find a few photos from inside the Castle. Bye for now.