The Richest Goldfield in the World turns 135

In the article below, gold expert Neil Phillips looks at the origins, growth & decline of the greatest goldfield on earth. He also hints at hopes of new discoveries. The article was first published in the The Australian Geologist, issue 200, page 21.

One quarter of the World’s gold has been mined from the Witwatersrand goldfields around Johannesburg in South Africa. At its peak in 1970, gold was the mainstay of the South African economy, the dominant export, and source of employment for 500,000 underground miners every day. Anecdotally, those miners supported an average of ten others in extended families in South Africa and surrounding countries. Unfortunately, the last fifty years have been one of constant decline in annual Witwatersrand gold production to now be under 10 percent of its peak. 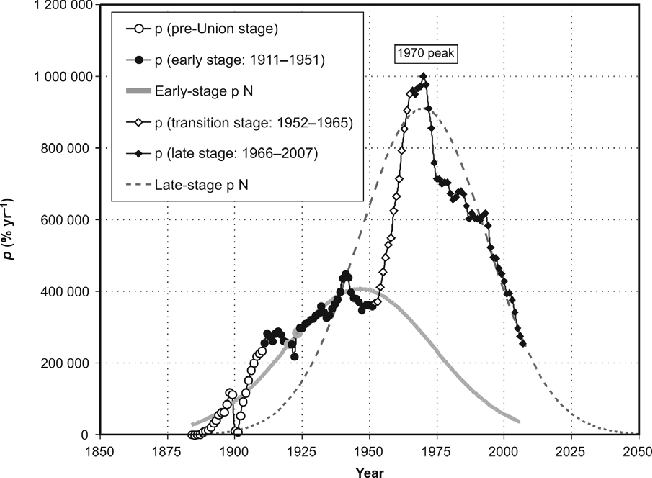 Much has been written about the discovery of the Witwatersrand and its national and global impact. The discovery itself was early in 1886 by George Harrison, and likely in February of that year. In mid-1886 just months after his discovery, Harrison described himself to the State Secretary as having long experience as an Australian gold digger and added his opinion that his discovery was a payable goldfield. After an investigation, Harrison was recognised as the sole discoverer by the government and confirmed by a petition signed by 74 prospectors and colleagues and granted the discoverer’s claim by the government. On 16 November 1886, Harrison sold the discoverer’s claim and was reportedly not heard of again on the Witwatersrand. Today George Harrison Park within Johannesburg marks the location of this important discovery; it was near this place that Harrison panned some conglomerate as he worked as a mason building a house on the farm Langlaagte. Today, we would describe the discovery site as within clay-rich parts of the regolith where one can see lithified beds of sandstone and conglomerate dipping at a moderate angle to the south. 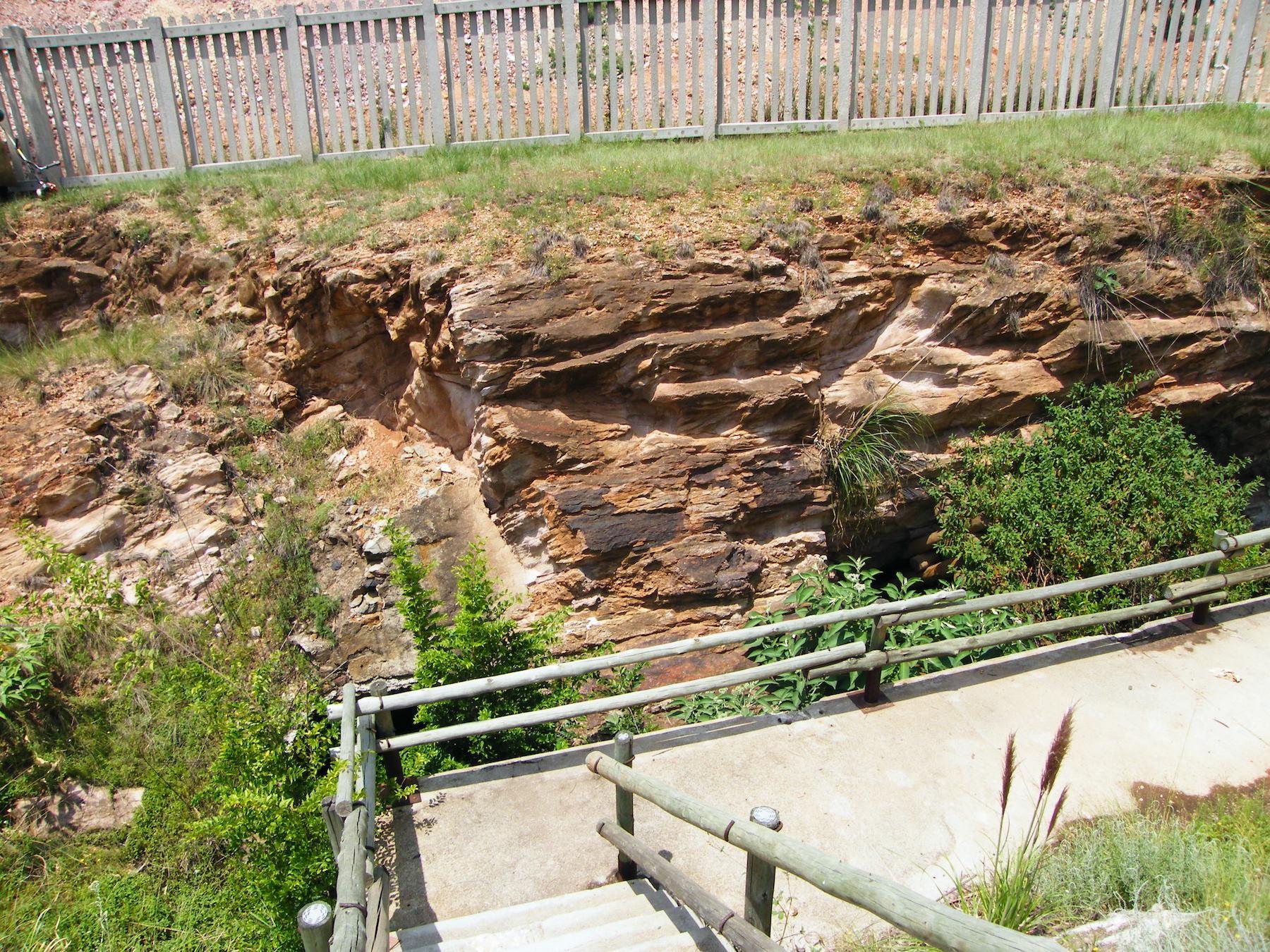 Where Harrison made his discovery was within a package of unconformity surfaces with conglomerate and sandstone that we now know as North Reef, Main Reef, Main Reef Leader and South Reef. By the end of March 1886, the discovery was known to the four owners of different parts of Langlaagte (the whole property being 5 km by 4 km approximately and subdivided with different ownerships amongst a family). By the middle of 1886, the importance of the Witwatersrand discovery was becoming well known, and the reef horizon had been traced for 30 km along strike and sampled to demonstrate regular high gold grades. Hence two of the special features of Witwatersrand gold were already known—its remarkable continuity and its high grade. Its large tonnage emerged over time with additional discoveries. 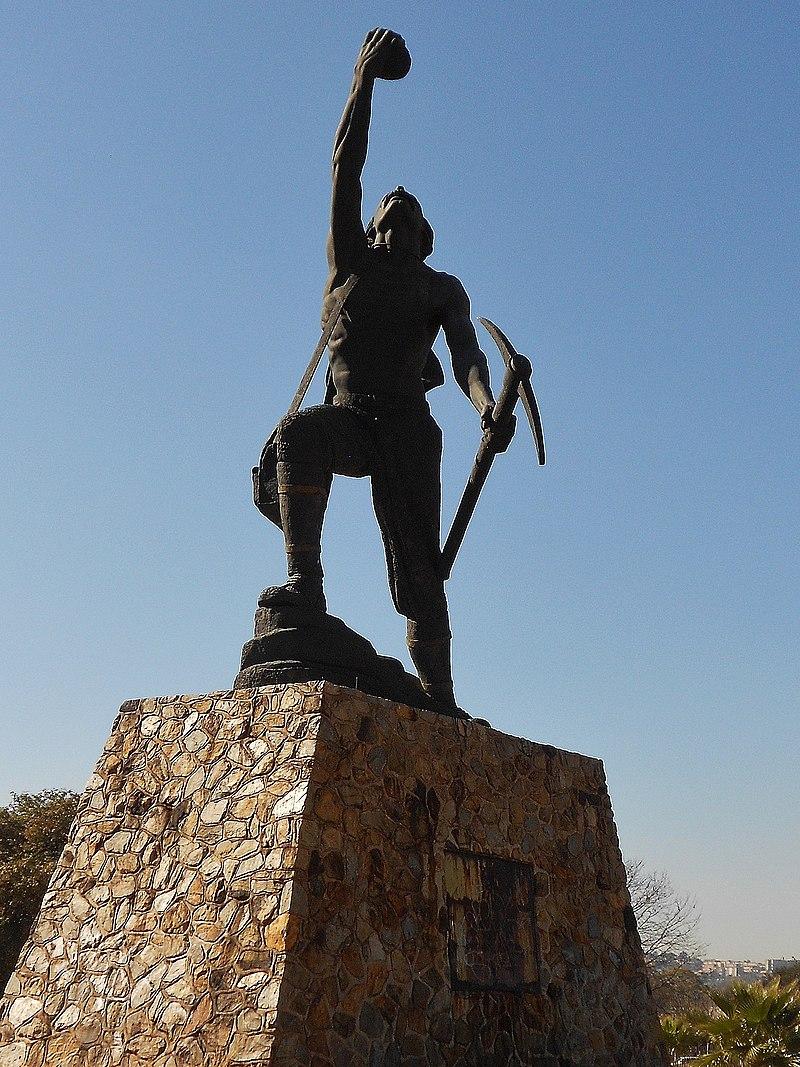 The following of outcropping conglomerate east and west of Langlaagte was extremely effective exploration and quickly revealed the West Rand, Central Rand and East Rand goldfields with much of the latter being discovered by extension under younger cover. Klerksdorp and South Rand goldfields were also found from outcropping reef packages. The combined all-time production from these goldfields has now exceeded 25,000 tonnes or 800 Moz (or ten Kalgoorlies for a local comparison).

Some of the great years of these afore-mentioned goldfields were already over by the 1920s but as Wits profitability including gold grades deteriorated, three new discoveries of goldfields under hundreds of metres to kilometres of cover were even more spectacular and underpinned the climb to the 1000 tonnes of gold production in 1970. Apart from a drop in production during the Boer Wars, the Witwatersrand has produced over 100 t Au per year for a century; this stellar record ended in the last decade.

Apart from being the 135th anniversary of the Wits discovery, 2021 also marks another famous moment in Witwatersrand gold; it is the 70th anniversary of the discovery of the Evander goldfield to the east of Johannesburg. The first 65 years following the discovery of Witwatersrand gold were interspersed with new goldfields discovered at Carletonville, Welkom, Klerksdorp and Evander. There have been no Wits goldfields discovered since 1951.

Hope remains of finding one or more new goldfields in and around the Witwatersrand with some innovative exploration in more distant parts. Science has revealed two findings that were announced in 1986 and still excite and influence those explorers looking for new ideas. First is the radiometric dating that has demonstrated that the 7km-thick Witwatersrand Supergroup was deposited during a period from 3000 Ma and ended by 2700 Ma; this means that Wits sedimentation predated the highly auriferous Archean greenstone belts around the world. Second is the alteration halo surrounding all the Wits goldfields with distinctive pyrophyllite and chloritoid bearing mineral assemblages. This alteration halo is being used in exploration for new goldfields with an expectation that alteration could be a target with dimensions of many kilometres. Looking back, we might be surprised that the Wits was considered Proterozoic for so long despite being overlain by komatiites; or why it took 100 years to recognise a kilometric-scale alteration halo? Maybe this was partly the Witwatersrand mind-set and partly lack of local training and experience in the recognition and importance of alteration? Witwatersrand gold geology is far from solved even in 2021. 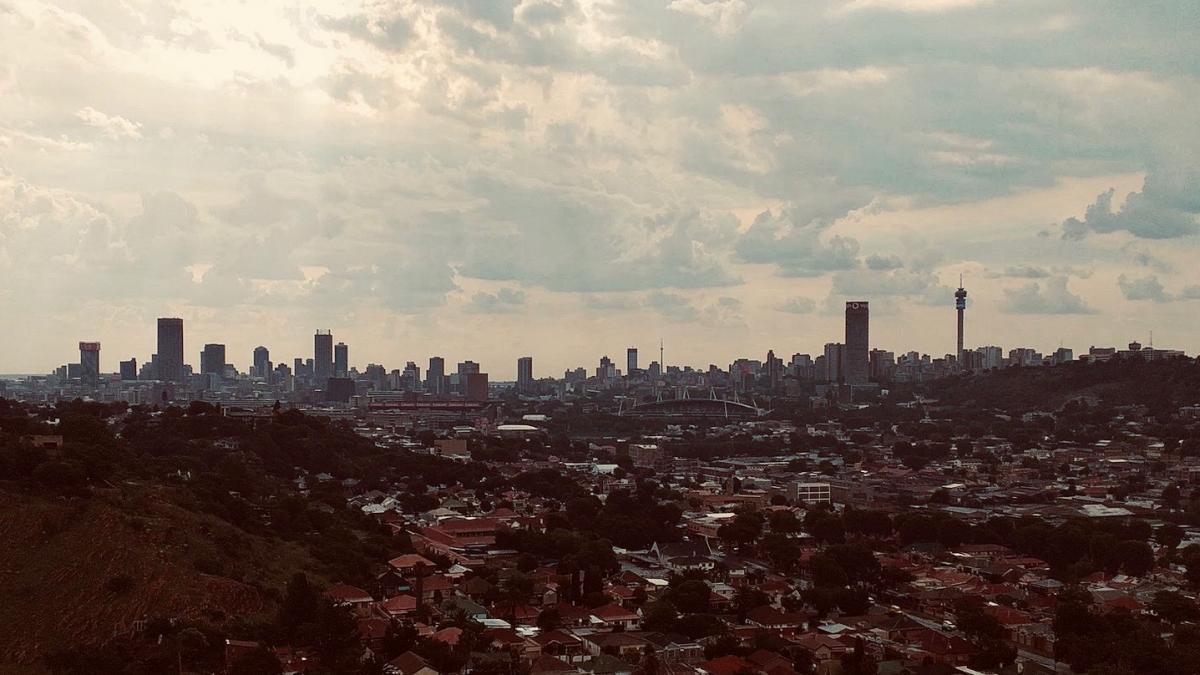 Johannesburg, the city built on gold (The Heritage Portal)

About the author: Neil Phillips is a world renowned expert on the origin of gold deposits.