A short description of St Michael and All Angels Queenstown 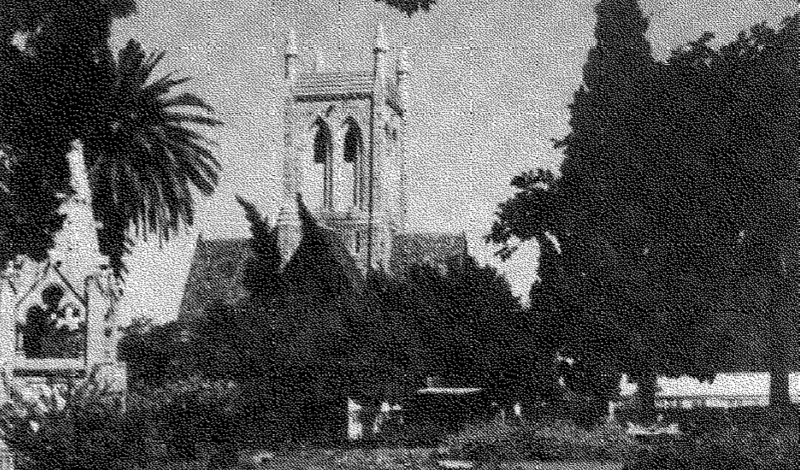 In the piece below, Miss E Dankwerts provides a short description St Michael and All Angels in Queenstown. The details appeared in the 1978 edition of Restorica, the journal of the Simon van der Stel Foundation (today the Heritage Association of South Africa). Thank you to the University of Pretoria (copyright holders) for giving us permission to publish.

It has been said that the history of St Michael and All Angels' is the history of Queenstown itself, and indeed there is good deal of truth in the statement. Queenstown was founded in 1853 by Sir George Cathcart, Governor of the then Cape Colony, from 1852 to 1854. One of his first acts was to grant a slte of two acres to the "English Church" of that day. Two years later, in 1855, the first English Church was erected. It had a thatched roof (replaced with iron in 1901), narrow Gothic windows which still exist, and "the first stained glass window in these parts". 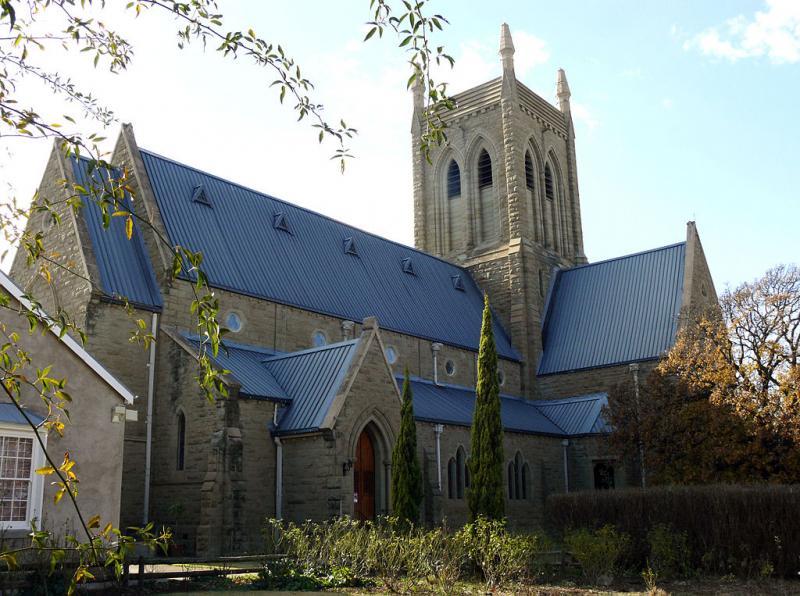 Very soon it became obvious that a much larger church was necessary, and the foundation stone of the present church was laid in 1882 by Thomas Scanlen, Premier of the Cape Colony. The architect was W H Read of Cape Town. When this happened, the first church - in a way a little historical gem - was converted into a church hall. 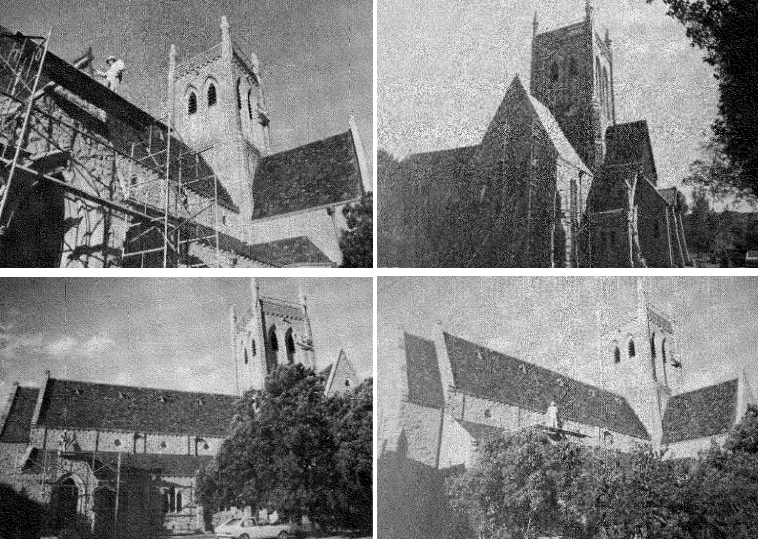 Photos from the restoration in the late 1970s (C W Pettitt)

The new church, designed on the traditional cruciform plan and of magnificent proportions, is of local stone. The open timbered roof with massive trusses is a thing of rare beauty, while the twelve columns - emblematic of the Twelve Apostles - are of solid, polished, black Devonshire marble.

In 1889 the south transept with its two superb stained glass windows was added; and during the years 1917-1923 the chancel and the tower were built, the foundation stone being laid in 1921 by Prince Arthur if Connaught, the Governor General of Union.

Another superb feature of the church is the magnificent reredos, which was designed as a memorial to those wh9 fell in the First World War of 1914-1918. As the sunlight pours through the beautiful stained glass windows behind the reredos, one realises that St Michael's is a pearl of great price and its beauty must be preserved for posterity. 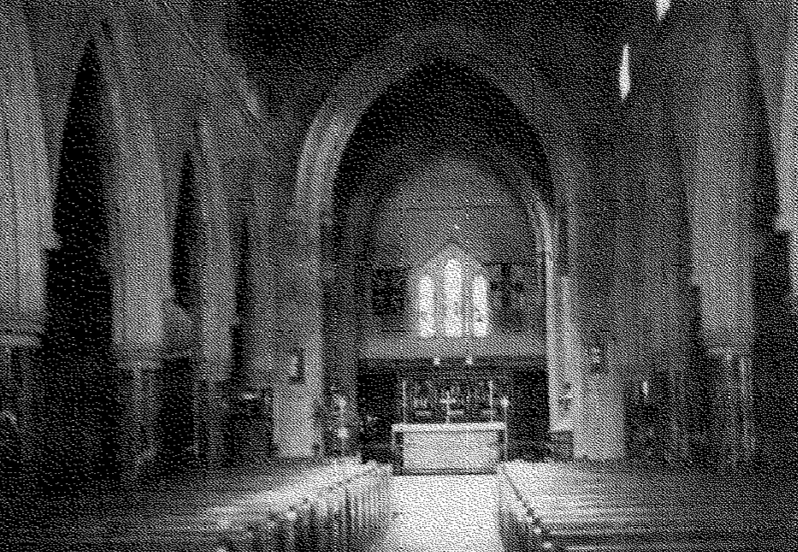 Inside St Michael and All Angels Queenstown (CW Pettit)