A 1:48 scale model of the Type VIIC German U-boat “U-96” was donated to the Museum in September 2019. The model is a true representation of the original submarine used in the Second World War (1939 – 1945) and was constructed by the donor, Mr Brian Echstein (see image above).

The Importance of the Donation

The original U-96 played a major role in the Battle of the Atlantic, a vital campaign of the Second World War. This campaign arose as a result of the requirement for Britain to sustain herself through strategic supplies sent by ship from her dominions and colonies around the world and, more importantly, from North America. The termination of this supply line would have eventually starved Britain and forced her to make terms with Germany. Adm Karl Donitz, commander of the German U-boat force, recognised the strategic importance of the U-boat and was of the firm opinion that this aim could be achieved with 300 U-boats on station in the Atlantic.

Battle of the Atlantic 1941 - Wiki Commons.png 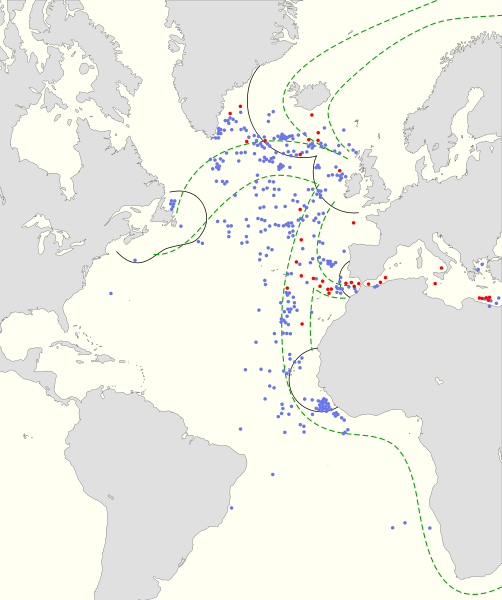 The development of the U-boat was based on the following considerations: Firstly, Allied merchant shipping was the principle target and should be attacked with no restrictions; secondly, operations should be carried according to the strategy of tonnage sunk exceeding that of tonnage constructed. This would eventually strangle Allied maritime capacity.

The concept of groups of boats working together in co-ordinated attacks led to the development of the wolf pack tactic. This required around 20 boats to be stationed along a patrol line perpendicular to the probable course of a convoy. Once the convoy had been sighted it was shadowed until all the boats had gathered. An attack against the convoy would then be launched at night and at speed from several angles including from within the convoy. At dawn the boats would withdraw until the following night when the process would be resumed until the convoy had eventually been destroyed.

The Battle of the Atlantic eventually extended as far south as South Africa. Even though the Type VIIC never operated in South African waters, the campaign around the coast had a distinctive bearing on the Allied war effort.

The first German U-boat offensive south around the South African coast was undertaken from August to December 1942 by a group of boats codenamed Gruppe Eisbar. The group sank fourteen Allied ships of 100 902 tons in four days. The response by both British and South African ships under the command of the C-in-C South Atlantic proved much stronger than expected and, after the advantage of surprise had passed, the Gruppe was forced away from the lucrative shipping area off Cape Town. Even so three German U-cruisers which later joined the Eisbar offensive managed to sink 25 Allied ships totalling 135 000 tons during four and a half months at sea.

Another U-boat group, Gruppe Seehund, operated around the Cape from December 1942 to March 1943. During this offensive 20 ships of 122 716 tons were sunk while two others of 15 224 tons were damaged. An appreciation of the German U-boat campaign published in 1953 recalled that by early 1943 the conditions in South African waters had changed considerably. The convoy system adopted around the Cape was supported by coastal patrol vessels and aircraft and included a system of submarine spotters along the entire coast. This made it extremely difficult for U-boats to approach these convoys.

It is true that losses from submarines around South Africa represented no more than 5% of the total Allied ships sunk around the world during the war. The strategic significance of the Cape sea route was far greater than is suggest by this percentage. During the three years that Allied shipping in the Mediterranean was under heavy Axis attack, the sea route around South Africa became the only practical link between Britain, the Middle East, India and the Far East. The severance of this route would have had dire consequences and would have most likely lead to the collapse of the campaign taking place in North Africa at the time.

The technique of U-boats working together in wolf packs as described in the previous section called for a design that could sustain high speed and surface range, had excellent manoeuvrability, could maintain a large supply of torpedoes and be equipped with a lower conning tower which reduced visibility. The Type VIIC was the design that best embodied all these requirements and this boat formed the backbone of the German U-boat fleet in the Battle of the Atlantic.

Like all other U-boats of the period, the Type VIIC was not a submarine in the true sense of the word. It could be better described as a submersible which operated mainly on the surface and only submerged to evade enemy ships, aircraft and rough seas. While operating underwater it only moved at eight knots, the equivalent of a moderate walking pace, and this speed could not be maintained for long periods.  It was at its most effective on the surface where the boat could match and even exceed the speeds of certain Allied escort ships.

The conventional gun armament underwent considerable changes as the war progressed. By 1942 the various types and calibres of anti-aircraft guns had been considerably strengthened while the deck gun had been eliminated altogether due to the increased threat from Allied aircraft.

The keel of the original U-96 was laid down on 16 September 1939. Commissioning took place on 14 September 1940 with Kapitanleutenant Heinrich Lehamn-Wiilembrock in command. The boat formed part of the 7th U-boat Flotilla which was stationed in Saint Nazaire on the French Atlantic coast. Altogether, she conducted eleven patrols during which time she sank 27 Allied merchant ships totalling 180 206 gross registered tons and inflicted serious damage on four other ships. Throughout her operational service the boat formed part of the following eleven wolf packs:

During this entire period, U-96 suffered no casualties to her crew. She became well-known for her emblem, the green laughing swordfish which later became the emblem of the 9th Flotilla after it came under the command of Lehmann-Willembrock in March 1942.

The laughing swordfish emblem on the model of U-96 at Ditsong National Military History Museum.png 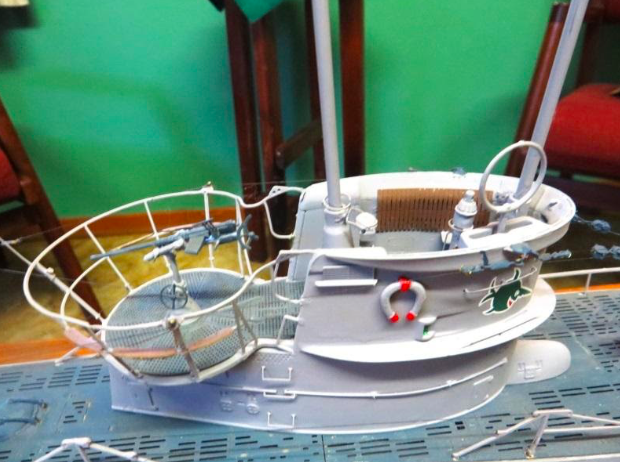 The laughing swordfish emblem on the model of U-96

On completion of her eleventh patrol in January 1943, U-96 was sent to Konigsberg (today known as Kaliningrad) where she spent the rest of the war as a training vessel. On 15 February 1945 she sailed into Willemshaven to be decommissioned and was sunk a month later in Hipper Basin after being struck by bombs dropped during an Allied bombing raid on the base.

War correspondent, Lothar-Gunther Buchheim, was able to join U-96 for s single patrol in 1941. His instructions were to photograph the U-boat in operation for propaganda purposes. His experiences while aboard led to the eventual publication in 1973 of the novel Das Boot which was followed in 1981 by the production of a movie with the same name. 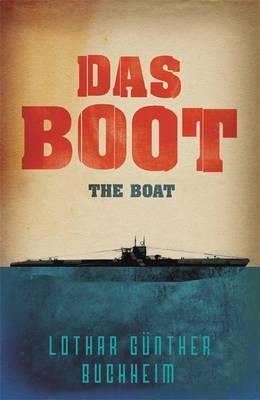 Mr Brian Echstein constructed the model over a period of three years from kits that were published each week in collectable form by Hachett Partworks, the weekly publication known for its exceptionally detailed build-up models.

The model is closely based on the original submarine with individual sections such as the command centre, the engine room and the torpedo tubes being reproduced in exceptional detail. Every part was carefully developed by experts and produced to precision with laser-cut wooden parts, case white metal components and photo-etched brass to provide a highly detailed finish.

Detail of the interior of U-96

Each issue of Hachett Partworks used to produce the model included an instruction DVD containing useful hints and tips on how to get started as well as a booklet with instructions on how to assemble the parts contained in the specific issue. A detailed story of U-96 was also published in the booklet. The collector could also purchase leaver arch files to store each instruction sheet. The entire series consisted of between 130 and 150 parts that were filed and made up into volumes.

The development of the submarine changed the face of naval warfare. Equipped with an effective weapon in the torpedo it became a deadly vessel. While this effectiveness became apparent in the First World War (1914 – 1918), its full potential was realised twenty years later during the Second World War when U-boat operations almost succeeded in cutting off Britain’s supplies. The defensive measures put in place by the Allies to protect the sea lanes brought about what is arguably one of the most vital campaigns of the war. As has been described in the article, South Africa was also not able escape the U-boat onslaught.

The exhibit is the first example of U-boat model to be donated to the Museum and Mr Echstein must be commended for considering the Museum as a repository for his detailed example of a Type VIIC U-boat.